The agency that regulates the real estate industry in Canada’s most populated province is failing to adequately protect consumers during one of the biggest purchases of their lives, a recent report from Ontario’s auditor general concluded.

The critical report, which was released last week, cited concerns around RECO’s ranging from a failure to systematically track and analyze complaints, a lack of regular brokerage inspections, and the absence of any process to monitor if investigations are completed and whether appropriate action was taken, or any action at all.

Many of the issues flagged in the report have been ongoing points of frustration for Ontario homebuyers and sellers, who’ve expressed concern over RECO’s handling of complaints and lack of regulatory rigour for years.

After losing tens of thousands of dollars in a questionable real estate transaction in the Greater Toronto Area involving an agent from the brokerage HomeLife Miracle Realty Ltd., Dhawale and her husband, Amol Walunj, filed a complaint with RECO last February.

Chris and Bibi Harding, of Brampton, Ont., had also submitted a complaint to RECO about two months later, in April, over their own dealings with the same brokerage.

Both couples spoke out as part of a recent Marketplace investigation into real estate agents engaging in mortgage fraud, to the detriment of unwitting buyers.

After submitting their complaints, each couple waited months to receive a response from RECO. When an investigator did call, the Hardings said he seemed to suggest they were at fault and not the real estate agent in question.

For Dhawale and Walunj, it was seven months before they were emailed a notice from RECO saying their complaint file was being closed, as the allegations of misconduct against their real estate agent “could not be substantiated.”

At the time, Ajay Shah, the broker of record for HomeLife Miracle Realty Ltd., said he does not condone the behaviour Marketplace told him it captured on hidden camera; he said the agents documented represent just a fraction of the brokerage’s sales and the 3,000 agents working under his supervision.

How RECO handles and investigates complaints was one of the issues highlighted in the auditor general’s report. In the past five years, RECO received approximately 11,700 complaints against real estate agents and brokers, it said, but Lysyk found that RECO has no system in place for identifying systemic trends and issues it should address.

She also found that RECO had not categorized or recorded any description for 55 per cent of the complaints received.

“Seriously?” exclaimed Dhawahle in response to those findings.

“We cannot believe that in this day and age, when companies use data to analyze all aspects about the most trivial things, RECO is not even bothered about categorizing the complaints involving hundreds of thousands and even millions of dollars.”

When Marketplace reached Shah for comment following the release of the auditor general’s report, he said he would like to see RECO categorize complaints based on the seriousness of the charge, so the regulator can apply the appropriate time and resources based on the level of wrongdoing.

“A complaint about a real estate agent sharing a lockbox code with a client should not be treated the same as accusations of fraud,” he said.

RECO told Marketplace that Shah is co-operating fully with their own investigation, launched after Marketplace‘s report.

A lack of on-site inspections for brokerages was also found to be an issue in the regulator’s operations, according to the audit, which found RECO has never conducted a routine on-site inspection at 27 per cent of registered brokerages. A further 35 per cent have not had one in more than five years.

The auditor general also found that RECO rarely follows up on violations found during inspections, recommending that a framework be created to inspect brokerages based on risk level.

This week, CBC News asked RECO for the date of the last regular inspection of HomeLife Miracle Ltd., and was told this information is not a matter of public record.

RECO’s registrar, Joseph Richer, said that many of the recommendations in the auditor general’s report align with their own strategy, including those that relate to the inspection program.

“We are considering these as we develop a new brokerage inspection program, which will launch in 2023,” he said in an email.

‘Not delivering on its mandate’

RECO was created in 1997 to administer and enforce Ontario’s Real Estate and Business Brokers Act. Its stated mission is “to promote a fair, safe and informed real estate market for consumers in Ontario through effective, innovative regulation of those who trade in real estate.”

By law, every real estate agent, broker and brokerage must be registered with RECO, whose operations are funded primarily through the registration fees it collects. In 2021, RECO’s operating revenues totalled $33.6 million.

However, despite its mandate to protect consumers, the auditor general’s report called attention to the fact that RECO’s board of directors is almost exclusively comprised of industry representatives.

The board is required to have a process for input on issues of importance to consumers, but for most of RECO’s existence, Lysyk said, this has not been in place.

In RECO’s overall response to the report, it said it is committed to delivering on its mandate and to sharing its progress in a transparent manner. The Ministry of Public and Business Service Delivery added that some legislative updates around the regulation of real estate professionals are already planned and will come into force on April 1, 2023.

“It is a serious document, and they have to really reinvent themselves, the way I read this report,” he said. “And it is not that they are without resources; they are bringing in millions of dollars of revenue.”

The audit ultimately outlines 25 recommendations for the RECO, and the Ministry of Public and Business Service Delivery, to ensure it can ultimately fulfil its mandate.

Fines as ‘the cost of doing business’

The auditor general’s findings add to the frustration Jeanhie Park feels over her dealings with RECO.

Park submitted a complaint in May 2021 over a real estate agent she believes provided her with misleading information about competing offers, on a property she purchased for $200,000 over asking.

“We felt duped and manipulated,” Park said. “The fact that there were zero registered offers, that we were misled with false information in order for us to put in our top price.”

More than 18 months later, Park says there is still  no resolution from RECO.

“After following up with RECO every month last year, I finally received a call from one of RECO’s senior investigators back in May,” Park told CBC News.

Park said the investigator told her the video evidence she submitted with her complaint was “damning” and that disciplinary action against her agent — if taken — would likely be in the form of an educational course. She said she’s heard nothing since.

“It’s just nothing but a slap on the wrist,” Park said of the potential disciplinary actions.

In her audit, Lysyk expressed concern that registrants may see such fines as “the cost of doing business.”

The auditor general also found Ontario is lagging behind when it comes to implementing consumer protection laws in real estate.

There is no legislated cooling-off period in Ontario.

Furthermore, in Ontario, real estate agents or brokers are allowed to represent both a buyer and seller in a single real estate transaction — a practice commonly referred to as double-ending, which has long been criticized for its inherent conflict of interest. It has been banned in some other provinces, including Quebec and B.C. In Alberta, agents cannot negotiate for both sides.

As for Haider, the industry expert, he believes outside oversight of RECO is needed to ensure the auditor general’s recommendations are addressed quickly. He suggests a task force made up of representatives from real estate, academic and consumer groups.

“Without such oversight, it would take years for these things to materialize.”

Active listings of single-family homes on the Mid-Island rose 108 per cent year-over-year, but dropped by 4 per cent from December.

The average price for a single-family home in Nanaimo was $795,527 in January, a 23 per cent drop from last year.

In a competitive market, it is key to obtain the advice of a REALTOR®, especially in a rapidly changing environment.

These are the benchmark numbers for Nanaimo in January 2022, as well as central and northern Vancouver Island:

The monthly Nanaimo Real Estate report analyzes the Vancouver Island Real Estate market north of the Malahat and more precisely, the Nanaimo and greater area. The information included here does not reflect the actual value of any particular property. You can find out what your home is worth by contacting a RE/MAX of Nanaimo’s agents here. 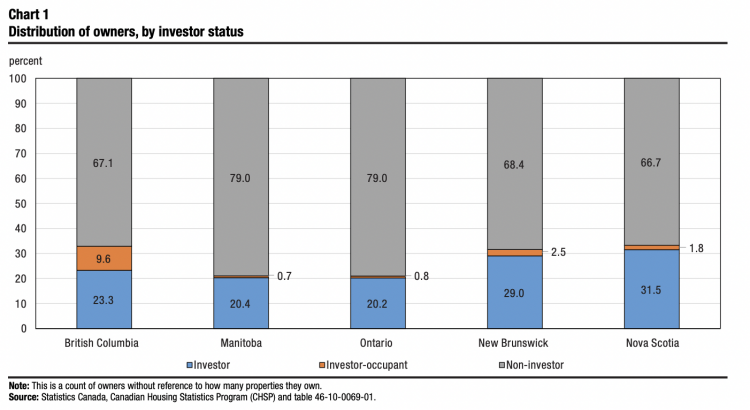