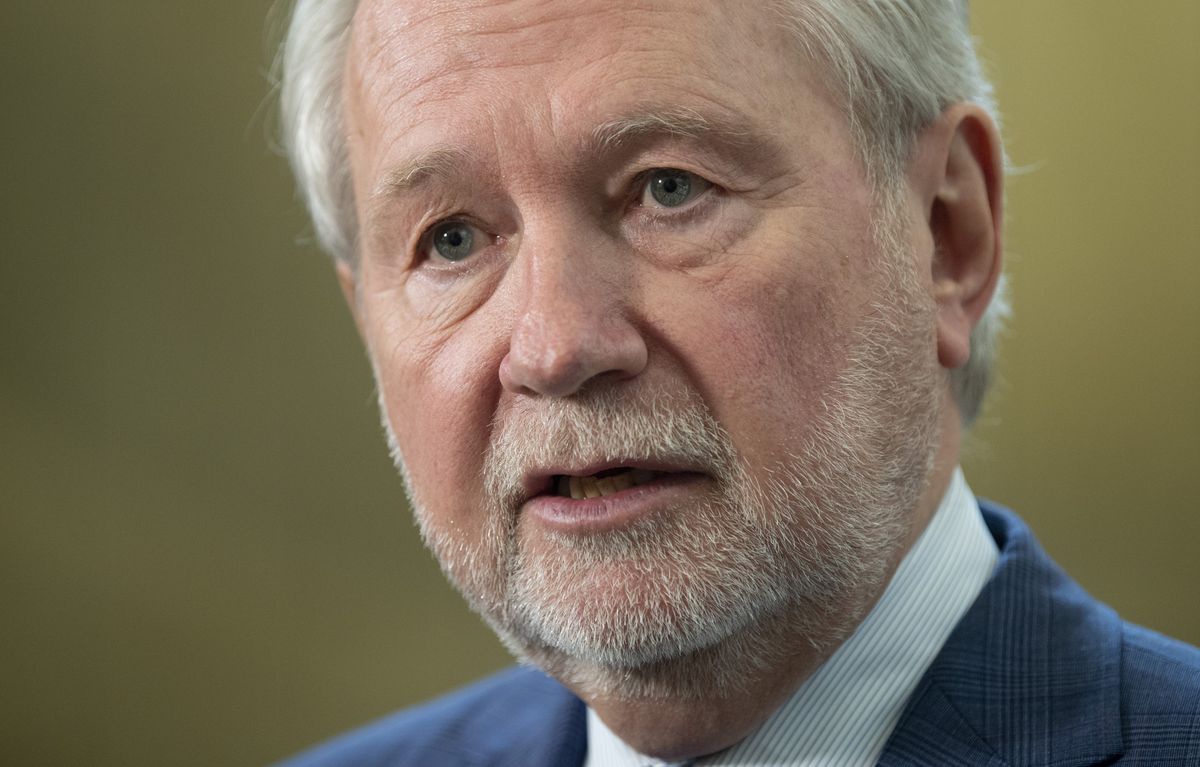 A small group of Canadian senators published a policy paper this week laying out a framework for an ambitious national economic growth strategy. It’s a thought-provoking document chock full of recommendations, not only on what issues Canada must address to meet the economic challenges of the next quarter-century, but on how to execute the plan and measure its success.

Now all the group has to do is get the attention of the people in power – the same people who just managed to wage an election campaign while skating over many of the biggest questions about the country’s economic future.

The 12-member Senate Prosperity Action Group held off releasing its 66-page paper until after the election, not wanting to weigh in on the debate over the country’s economic future in the middle of the campaign. That debate never really happened.

“Let me say [I’m] disappointed,” Senator Peter Harder, a member of the group, said in an interview.

“Why didn’t the leadership of all parties speak to Canadians about the challenges we face? The economic headwinds, the geopolitical headwinds, the choices we have to make?”

In most respects, the senators’ paper doesn’t break a lot of new ground. It covers off many of the same economic challenges that policy experts have been discussing for some time. Canada needs to diversify its global trade, and remove interprovincial trade barriers; to improve on skills training and labour-force participation; to reduce regulatory burdens and improve tax competitiveness; to accelerate productivity growth. It needs firm fiscal anchors, and perhaps even a temporary GST increase, to restore the health of government finances. All while managing carbon emissions downward, and addressing equality and inclusiveness.

Mr. Harder acknowledges that it’s a bit of a grocery list.

“We’ve tried to be comprehensive, it’s a pretty broad set of challenges that we’re speaking to. Because we are faced with a broad set of headwinds.”

Central to the paper is a recommendation that Ottawa and the provinces form a joint “Prosperity Council” that would pursue a “grand alliance” in service of a common national economic strategy. The council would track its success against a set of measurable benchmarks. The idea will surely be controversial. Stirring up the hornet’s nest of federal/provincial relations, to create a new bureaucratic institution, is almost no one’s idea of a good time.

But Mr. Harder argues that we need to consider not just what needs to be done for the country’s future prosperity, but what will be necessary to actually make it happen on a national level.

“It’s the ‘how’ that becomes important,” he said.

The report, in effect, builds on a previous paper published last December by the Industry Strategy Council, an advisory committee of business leaders set up by the Liberal government to provide recommendations on postpandemic economic growth strategies. That paper flew very much under the public radar – in no small part because the government chose the same date for its historic announcement of its carbon-reduction strategy, burying the industry council’s report in the process.

The timing certainly suggested that the Liberals were in no hurry to tackle a national growth strategy, and that the party’s priorities lay elsewhere. The election campaign did little to change that perception.

But the papers and recommendations are beginning to pile up on policy makers’ desks; the argument for a more focused discussion is growing louder. Mr. Harder hopes the government, armed with a fresh mandate, is now more ready to listen, and to talk about it.

“I hope that the timing of our report – so early in a new Parliament – will allow the debate at least to be stimulated, and that parliamentarians of the House of Commons and the Senate speak to this,” he said.

That’s a bit of a leap of faith. This is a paper not from a government-appointed commission or a House of Commons committee or even a Senate committee, but from a small group of senators who simply got together to do some work that they felt needed to be done. This is several steps removed from the front lines of government policy making.

But the fact that the Liberals did commission a similar report from their own Industry Strategy Council only last year does show that this government is sensitive to the need to start considering a bigger-picture economic strategy, beyond the immediate postpandemic recovery. The senators’ input brings the discussion in Ottawa to another important forum. Perhaps, as the pandemic impact fades, the senate group’s work can at least help inch us toward a long-overdue national conversation.

“We’ve had 32 federal and provincial first ministers’ meetings on the pandemic. We haven’t had one on the economy in 10 years,” Mr. Harder said.

“I don’t think we in Canada are fully appreciative of the serious headwinds that we’re facing, and that the pandemic has, in a sense, disguised from our consciousness. This is the time to get really serious about, how do we work through some of these challenges.”

LONDON — Britain’s economy unexpectedly regained momentum in October and cost pressures rose by the most in more than 25 years, according to a survey on Friday that could encourage the Bank of England to raise interest rates for the first time since the pandemic.

The preliminary “flash” IHS Markit/CIPS flash Composite Purchasing Managers’ Index rose by the largest amount since May to hit 56.8 from September’s 54.9. By contrast, a Reuters poll of economists had pointed to a further slowdown to 54.0.

“The UK economy picked up speed again in October, but the expansion is looking increasingly dependent on the service sector, which in turn looks prone to a slowdown amid the recent rise in COVID-19 cases,” said IHS Markit’s chief business economist, Chris Williamson.

The rise in the PMI was driven by Britain’s services firms as consumers and businesses picked up their spending. Travel firms benefited from a relaxation of COVID-19 travel rules.

Service sector activity outpaced manufacturing output by the widest margin since 2009 as factories struggled again with shortages of supplies and staff and recorded barely any growth.

A rise in overall employment was close to August’s record high, despite problems in filling vacancies.

Higher wages and the worsening supply shortages resulted in the fastest increase in average costs since the combined composite index was launched in January 1998. Separate PMIs for the services and manufacturing sectors showed prices charged by firms rose by the most since these series began in 1996 and 1992 respectively.

With inflation set to hit more than double its 2% target soon, the BoE is expected to raise borrowing costs soon as it tries to make sure that rising inflation expectations do not become embedded in British businesses’ pricing decisions.

The Confederation of British Industry said on Thursday that manufacturers were raising prices by the most since 1980 in the face of some of the biggest increases in costs and labor shortages since the 1970s.

The PMI for the services sector rose to 58.0, its highest in three months, while the manufacturing PMI’s output component – which IHS Markit says currently gives a better picture of the sector than the headline index – sank to its lowest since February at 50.6.

Despite the improved picture for most companies, many consumers are concerned about the outlook for the economy.

A survey published earlier on Friday showed Britons were their most downbeat since they February, when they were under lockdown, and are increasingly worried about the year to come as prices and COVID cases rise. (Reporting by William Schomberg; Editing by Hugh Lawson)