Stoke Lacey — that sprawling, 227-acre beachfront property along the Ottawa River just west of Pinhey’s Point — has long been a symbol of this region’s most thrilling chapter in high-tech.

Michael Cowpland, the British-born co-founder of Mitel Corp., shelled out nearly $1 million in the late 1970s to buy the land and its 20,000-square-foot bungalow, then spent $1 million more to add a pool, tennis court, solarium, discotheque and helicopter pad. In today’s money, that’s nearly $8 million altogether. The result was party central for an entrepreneur who loved to entertain.

The estate was listed before Christmas by its current owner for $5.8 million. “It may not be worth it to renovate,” said Marilyn Wilson, the sales representative and owner of Marilyn Wilson Dream Properties Inc. “This is really more for someone who is looking for land, waterfront and privacy,” she added.

In short, Stoke Lacey has become a very different kind of symbol — it’s now a refuge from the pandemic. And a very green one at that. Before he sold the property nearly 40 years ago, Cowpland planted some 50,000 blue spruce trees. A mature forest has emerged to significantly enhance the property’s privacy.

“There’s been a tremendous demand for rural properties,” said Reba Wilson, broker and director of marketing for Dream Properties. “So far this year, the market remains very active.”

The Ottawa Real Estate Board reported Wednesday that its members sold nearly 2,200 residential properties last year in 15 of the largest towns across the Ottawa Valley: up 8 per cent from 2019 despite a slump in the spring. In Ottawa, the number of resales approached 10,500, up little more than one per cent over the same period.

Valley properties also saw relatively greater price gains, though there is quite a bit of catching up to do. The average price for rural properties last year was $449,900, up 24.4 per cent compared to 2019.  Board data showed that residential resales within Ottawa averaged $641,200, up 19 per cent from 2019.

The numbers from December alone suggest there is still quite a bit of momentum in the overall market.

The board said its member agents sold a record 710 residential properties last month, up 34 per cent from December 2019. Condos were also moving swiftly, with 292 sales last month, up 29 per cent year over year.

In Ottawa and throughout the valley, the board tallied a total of 14,455 residential resales in 2020, up three per cent from 2019. Agents affiliated with the board also sold 4,516 condos, for a decline of 1.5 per cent. Overall, there was marginal net increase in total activity for residences and condos combined.

The hunt for space during the pandemic can be seen in the individual sales districts tracked by the board. (For the full list of districts, see The Citizen’s online edition.)

Five of the six districts reporting the highest gains in average residential resale prices are outside the city core. These ranged from Bells Corners and area ($602,125 average price, up a dramatic 39 per cent from 2019) to Fitzroy Harbour and area ($484,747 average, for a gain of 23.5 per cent).

Conversely, most of the six districts that posed the smallest gains in resale values tended to be in or near the city core. These included Dow’s Lake-Civic Hospital area (average resale prices gained less than four per cent to reach $877,800) and Rockcliffe Park ($2 million average price, up 10.4 per cent).

Of course, many of the districts in the core also happen to be among the most expensive in the city, which means even relatively modest price hikes can produce big gains in absolute terms. Remarkably, 21 sub-districts across the city last year recorded average residential prices in excess of $1 million, more than double the number from 2019.

That portends a good year for specialty real-estate firms such as Dream Properties, which was the sales representative for the top five sales in Ottawa last year in terms of price. Three of these were in Rockcliffe Park — including the top sale at 250 Perley Court, which had been listed at $5 million — and one each in Rothwell Heights and McKellar Heights.

With the ongoing drive for space, there seems a reasonable chance the property at Stoke Lacey will top $5 million, but it’s unlikely to be the biggest sale in 2021. 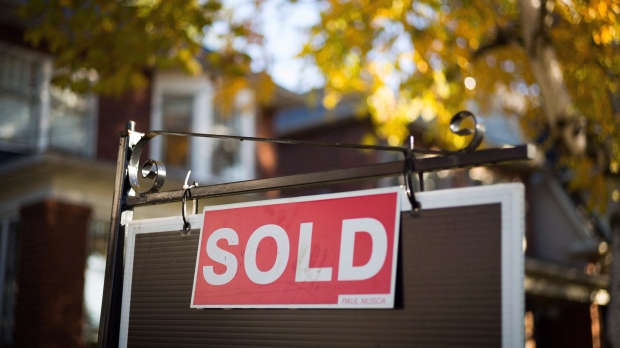 OTTAWA — The Canadian Real Estate Association says home sales in December hit an all-time record for the month to end what was also a record year.

Who knew a health crisis would spur on a Vancouver real estate boom? – News 1130 VANCOUVER (NEWS 1130) – Prices are up, and buyers are bidding. As the option of remote work continues, the demand for property is also continuing to rise.

One of the country’s leading brokerages says there is a real estate boom in Vancouver, and while low interest rates and pent-up demand are factors, the pandemic has helped fuel it.

Soper says 2020 was the strangest year of his career and that the term “recovery” is an understatement. He adds that, looking at fourth quarter results, he can state without hyperbole that the health crisis has triggered a real estate boom.

Another week in Toronto has come to a close and, from January 11 to 13, real estate stories continued to take our desktops by storm. In fact, you may have struggled to keep up with it all!


And, let’s be real: everything — *gestures vaguely* — is a lot right now, so there’s a fair chance you don’t want to spend your weekend doom-scrolling, trying to catch up on all the latest news about what’s up, what’s down, and what’s not budging. In fact, we wouldn’t recommend it. (Who thought the change of the calendar year meant anything at all, really?)

To make your day a little easier, we’ve gathered up this week’s top articles and assembled them below. Consider this place your Toronto real estate news digest, where you can get the picture before you go outside to get some (socially distanced) fresh air.

With that, we’ll get right to it. Here are your top “storeys” for the week:

As Ontario grapples with surging daily COVID-19 case numbers that are now threatening to swamp hospitals, Premier Ford announced new public-health measures aimed at slowing the spread of COVID-19, which includes new restrictions to the construction industry. The measures include a stay-at-home order, in connection with a province-wide state of emergency declaration.

With stay-at-home orders in place, the Ontario government has approved an emergency order that temporarily pauses the enforcement of residential evictions. This marks the second time in less than a year that the province has paused residential evictions. The government made the announcement Thursday morning, two days after Premier Ford declared the province was entering its second state of emergency as Ontario grapples with surging daily case numbers that are now threatening to swamp hospitals.

3. Canadians Believe More in the Housing Market Than the Overall Economy

Is this optimism? Despite the negative implications COVID-19 has had on nearly every business sector, it appears the pandemic hasn’t had an (lasting) effect on the the real estate industry. According to RBC’s latest edition of its Home Buying Sentiment Poll, Canadians still believe in the strength of the housing market — despite growing concerns of the overall economy.

4. Average Rent Prices in Downtown Toronto Are Now Less Than the GTA Average

“Never thought I would see this,” Realosophy Realty President John Pasalis wrote on Twitter. His words are paired with a visual, which shows that right now, downtown rents are priced lower than those across the city at large, as well as across the GTA. The core’s average rent price is $2,132, under Toronto as a whole at $2,152, and the GTA’s current $2,227 average.

But there’s more to rent prices than their at-a-glance averages.

5. Average 1-Bedroom Rent in Toronto Has Dropped Over 20% Year-Over-Year

In a similar vein to the above article, this week, Padmapper released its January national rent report, analyzing hundreds of thousands of listings last month to examine median rent prices across the 24 largest cities in the country. And where the country’s largest city is concerned? One-bedroom rents fell nearly 4% month-over-month, while rents are down over 20% year-over-year.

6. Who Gets the House? ‘Divorce Month’ Prompts Real Estate Questions

In news that’s both a bummer and important to know, the first month of the year is often known as ‘Divorce Month’ — pandemic or not. And COVID, along with all the increased time it’s forced people to remain together under one roof, has likely only added to the number of people now seeking separation from their partners. And while the initial decision to part ways is the first of a long list of decisions that must be made, what to do with a shared property is most often also hanging out at the top of that list.

7. Canadian Housing Market Already On Pace to Have Record Year in 2021: RBC

On Wednesday, RBC Senior Economist Robert Hogue released a new report looking at the current state of the country’s housing market, which Hogue believes is on pace to set more records amid the current unprecedented public health and economic challenges. The report begins with this sentiment: “in the end, the rollercoaster that was 2020 left Canada’s housing market more or less where it started the year: full of bidding wars, escalating prices and exasperated buyers unable to find a home they can afford.”

8. A Sprawling Winter Light Exhibit is Coming to Toronto’s Waterfront

Need some fresh air? We feel you. Starting this Friday, two new outdoor light exhibits will open to the public as part of Harbourfront Centre and The Waterfront BIA’s outdoor winter celebration of arts & culture: Site Alive | Winter Edition, which will transform the 10-acre waterfront campus into a unique, immersive world of sensory experience.