Risk models from Canada’s largest bank shows a wider range of uncertainty for real estate. RBC’s latest models, shared with analysts this week, shows a general forecasted improvement. The downside hasn’t changed much, indicating a little more uncertainty. They also shared they are considering two new and “more severe” scenarios for energy and real estate. These downsides reflect the potential for a double-dip recession.

Feel free to skip this if you’re familiar with IFRS 9 macroeconomic assumptions. For the rest of you folks, it’s a reporting standard used by most of the world’s banks at this time. One part of it requires assessing risk using unbiased, and possible outcomes. Typically you’ll see reports divided into three areas – base, best, and worst case scenarios.

The forecasts are used to prepare the organization for risk, so it’s important to be realistic. Too optimistic, and just a few hiccups can result in serious damage. Too negative, and they’ll be putting aside way too much capital, slowing the growth of the company. These aren’t just random numbers, but they’re considered reasonable outcomes. That said, let’s look at these scenarios.

Canada’s largest bank is more positive about the base case than they were last quarter. The base case forecasts prices will rise 4.9% over the next 12 months, from January 31, 2021. Compound annual growth of 4.5% is forecasted for the following 2 to 5 years.

This is a fairly big jump from the previous quarter. Last quarter, they were only forecasting an 0.6% increase over the next year. The market would see compound annual growth of 4.5% for the following 2 to 5 years. A more positive base case is typically a good thing. However, it may mean more uncertainty right now. We’ll circle back to this in a few seconds.

The best case scenario got small upwards movement, but it was still pretty big. The best case forecasts prices will rise 8% over the next 12 months. Compound annual growth of 11.1% follows for the next 2 to 5 years.

This quarter’s forecast is a big improvement short-term, but the same long-term. The previous quarter saw prices growing two points lower in the twelve month period. The following 2 to 5 years would see compound annual growth remain the same. Just so we’re clear on how optimistic this is, it would mean prices double every 7 years. That’s about as likely as getting a full-size downturn.

Circling back to the two “severe” worst case scenarios, with energy and/or real estate. The indicators are still in the range, but these would imply a double dip recession. This is when one recession occurs right after another, after a failed recovery. In this scenario, they expect the economy to “deteriorate from Q1 2022 levels for up to two years, followed by a recovery for the remainder of the period.” That is, after the 2 years of down turn, things will bounce back, and recover by the fifth year.

The biggest takeaway isn’t the upside or downside, but the spread between the two. If looked at by itself, the increased forecasts for the base and best cases look like a huge positive. When you realize the downside is the same as the old forecast, you realize this isn’t necessarily a positive revision. Wider ranges of forecasts tend to mean a bigger degree of uncertainty as to where things are heading. 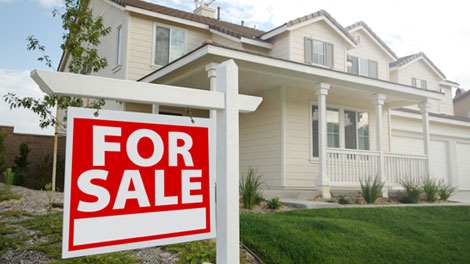