It’s becoming increasingly common for landlords to look for loopholes in the law to get rid of tenants paying below-market prices.

It’s not easy to find an affordable apartment in Montreal these days. Vacancy rates are lower than they have been in 15 years, hovering around one per cent — or even lower in some areas. The cost of rent is rising in response. And so are the number of evictions.

According to lawyer Daniel Bitton, who specializes in defending tenants facing eviction or repossession, now that the rental market is so tight, it’s becoming increasingly common for landlords to look for loopholes in the law to get rid of tenants paying below-market rent so they can re-list those units at a higher, more profitable rate.

“No one keeps track of who’s getting evicted. It’s a private matter. But the phone’s ringing off the hook,” Bitton said.

In some cases, units are repossessed with the excuse that a family member needs to move in, but the unit is put back on the market soon after — and the rent is much higher. In other cases, building owners may say they want to do a renovation project that will require the tenant to move out for an extended period, in the hopes that the tenant will leave. Those who are exploiting the system often don’t follow through on those renos, Bitton said, and go on to rent the now-vacant apartment to someone else at market rates.

“Here in Quebec, when the landlord wants to make renovations, the tenants have a right to come back and still live there,” Roy-Allard said. “But many landlords try to convince people to move out and never come back.”

When the landlord does have the legal right to evict a tenant, Roy-Allard said, they are required by law to provide notice and to pay compensation to the tenant. The problem is, many tenants don’t know their rights. Others don’t have the time or financial resources to take their concerns to the Régie du logement.

With affordable apartments downtown increasingly difficult to come by, it’s more important than ever for renters to read up on their rights and act to protect themselves if served with an eviction notice, Roy-Allard said.

Bitton rallied tenants to come out to the Plateau-Mont-Royal borough council meeting on Feb. 3 to ask municipal politicians to declare a moratorium on issuing permits for major renovations of tenanted apartments until council can study the issue and implement bylaw changes that would help stop renovictions.

The RCLALQ has also been advocating for these measures, as well as an increase in the compensation paid to tenants when a landlord takes a rental unit off the market, as when a family member moves in.

According to Michelle Tompkins, who was served with an eviction notice less than two weeks before Christmas, if there’s one piece of advice for tenants in this situation, it’s this: If you feel your landlord is pressuring you to sign papers, don’t — at least not before getting advice from a lawyer or your local comité de logement.

In Tompkins’s case, she was told she had to leave so that a family member of the owners of the Rosemont triplex could move into her unit. She turned to Bitton and her local tenants’ association for advice. It was only then she learned she is entitled to compensation from her landlord for moving expenses. Had she signed the papers given to her along with the eviction notice, she said, she would have had more difficulty disputing the terms.

“Trust your gut. No one should be pressing you to be signing anything at that moment,” she said. “My advice, don’t sign anything until you go to your comité de logement to show them the papers, and they will advise you correctly.”

The family has lived in the triplex for seven years, and would like to stay in the neighbourhood, but rents have increased so much that it may be financially impractical. Tompkins currently pays $985 per month for the large one-bedroom-and-den she shares with her partner and three-year-old son. Few comparable vacant apartments are available. Those Tompkins has seen are renting between $1,500 to $2,000 per month.

The stressful experience has become the seed of a song for Tompkins and husband Mike O’Brien, who perform together in a local country-folk duo called Sin & Swoon. The song’s working title is Quand on vit comme on peut, and is their personal take on Montreal’s rental housing crisis, O’Brien said.

“The whole thing is about how we’re just trying to get by. It would be nice to just be able to get a break somehow,” he said. “Sometimes when you’re frustrated you’ve just got to do something to make yourself feel better. For us, sometimes that means singing about it.”

The duo plans to release the song next July, around moving day.

Free resources for tenants to learn about their rights:

•   Local tenants’ rights organizations (find one near you) 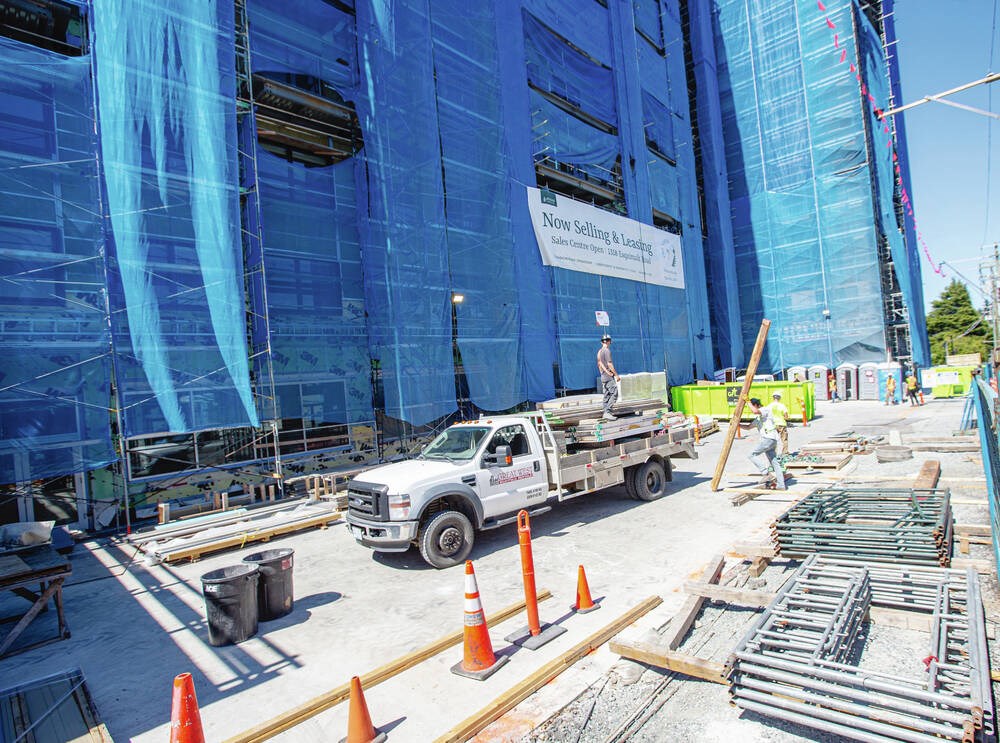 The real estate market may be taking a breather, but there has been no such break for homebuilders in the region judging by new housing start figures from the Canada Mortgage and Housing Corporation.

The numbers, released Tuesday, show 2,681 new homes were started through the first seven months of this year in Greater Victoria, ahead of last year’s pace when 2,500 new units were started.

It’s a tale of multi-family projects in two parts of the region, said Casey Edge, executive director of the Victoria Residential Builders Association.

Edge said Victoria and Langford are once again doing all of the heavy lifting.

“There are a bunch of municipalities that just fly under the radar every year, like Oak Bay that still doesn’t have zoning for duplex housing,” he said noting Oak Bay has built just 19 new homes this year, while North Saanich has started 16.

“And people question why do we have a housing affordability problem,” he said.

The lion’s share has been done by Victoria so far this year.

With a focus on condo and rental apartments, the city has seen 1,219 homes started, well ahead of last year’s 696. Langford has started 663 so far this year, off last year’s pace of 862 through the end of July.

Edge said what’s missing is the missing middle housing — townhomes and houseplexes, rather than the usual condos and single-family homes — that can suit small families and provide more housing options in all parts of the region.

The fact builders in at least two of the region’s centres are busy may help the market catch up a bit, as the number of property sales has slowed considerably. The B.C. Real Estate Association released numbers on Tuesday showing Victoria’s sales dropped 37.5 per cent in July compared with the same time last year, while the Island saw a 40 per cent drop and the province fell 42 per cent.

“Many regions around the province have seen sales slip to levels well below normal for this time of year.”

Inventories remain quite low, but the slow pace of sales has tipped some markets into ­balanced or even buyers’ market territory, the association noted.

>>> To comment on this article, write a letter to the editor: letters@timescolonist.com 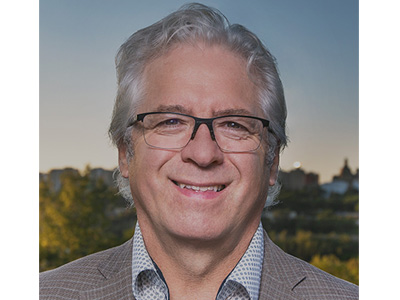 One of the focuses for the episode, the second in a series on real estate marketing, is using data effectively to improve your storytelling ability about a project or development.

As part of the discussion, Jakubke and Elliot share some examples of successful campaigns.

Publish Partners is an international firm based in Vancouver.

For people who analyze statistics for a living, interpreting numbers is often about perspective.

The province saw a 10-per cent reduction in home sales from 2021. However, last year was a record year for home sales in Saskatchewan.

“Overall, most regional markets are starting to shift away from the exceptionally tight market conditions seen earlier in the year,” the Saskatchewan Realtors Association said in a press release.

“However, most regional markets still face conditions that are tighter this July then they were last year.”

One of the reasons for the reduction is the spending issues many people are facing as inflation has drove prices of everyday items up. Another reason the market has slowed is the simple fact it’s summer and people aren’t home.

“People are on holidays, they’re out farming and so typically we see a slower market and people are maybe not used to that because during the pandemic we had a market that was very busy throughout the year,” said Chris Guérette, the CEO of Saskatchewan Realtors Association.

“So we are returning to sort of pre-pandemic activity during this time of the year.”

Buyers are more leaning towards more homes priced under $400,000, which as a result means less are available and slowing down sales.

“Inventory levels trended up in July over previous months, but every region still faced inventory levels that were lower than the previous year and long-term averages,” the press release read.

Guérette said overall, the provinces market it a lot more stable than other places.

“We know that we won’t have the drastic ups & downs that other large municipalities are facing & other provinces are facing at the time right now. So that means places like Ontario and B.C are seeing some really large dips and some swings.”

Guérette said it is a sellers’ market right now, with the average price of a home in Saskatchewan going up to $335,000.

4:33
How to send your kids off and prepare for university housing.

How to send your kids off and prepare for university housing.