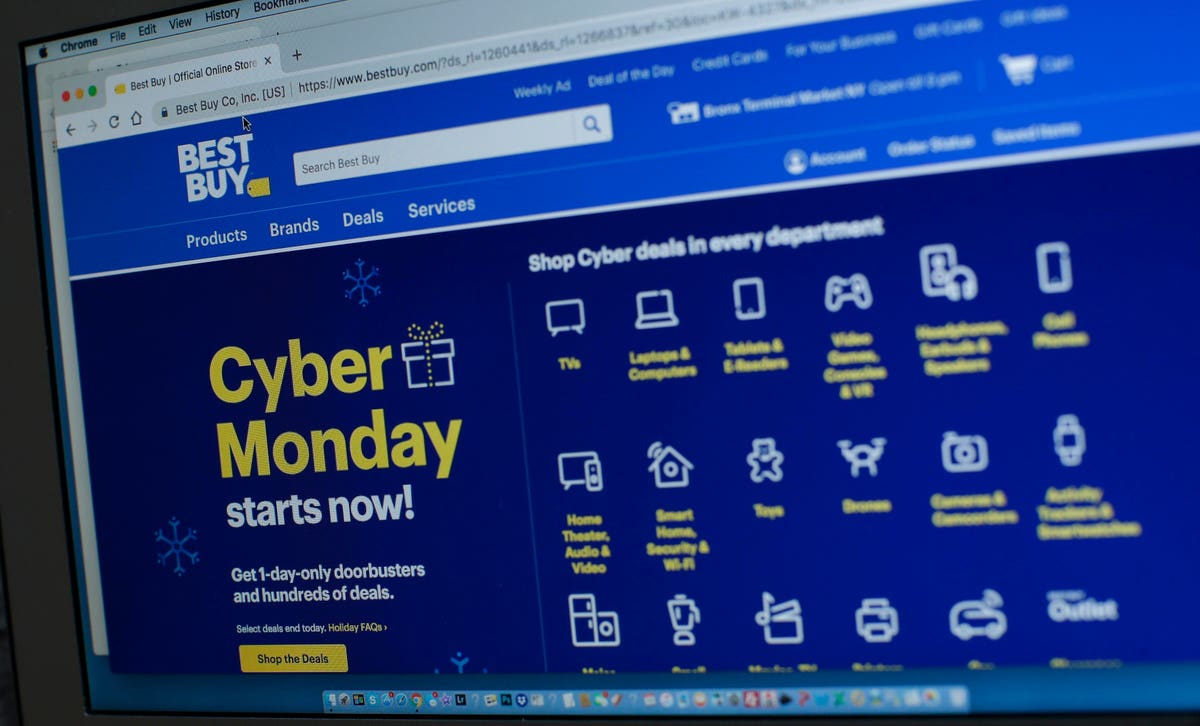 The fastest growing ad-supported digital media channel is Retail Media Networks (RMN’s). It’s a retail-owned digital platform that sells ad space to marketers. With RMNs advertisers gain access to a retailer’s first-party data such as purchases made at the point-of-sale that enhance a marketer’s targeting capabilities with personalized messaging. Another advantage is an advertiser can send a relevant message when a consumer is in a shopping mode instead of using other digital platforms and in a brand safe environment. Additionally, accessing first-party data from retailers is a suitable and privacy compliant replacement for cookies.

Forrester projects strong ad revenue growth for RMN’s in the U.S. market with ad dollars doubling over the next four years. McKinsey is also forecasting robust growth, expecting ad spend to grow from approximately $45 billion to over $100 billion by 2026. Fueling the growth are advertisers, it was reported this year 74% of brands have a separate retail media budget, a threefold increase from 2021. McKinsey expects 80% of RMN ad spend will stem from incremental ad budget increases. eMarketer predicts RMNs will be the third big wave in digital advertising following search and social.

Rick Ducey, Managing Director, BIA Advisory Services, says, “Retail Media Networks have become a valuable resource in brands’ marketing mix. As retailers become their own media, selling available ad inventory in their digital platforms (websites, mobile apps, social media, etc.), is a no-brainer and a win-win for the retailer and the brands they carry to engage consumers in their purchase journey at the point of sale.”

Ducey adds, “This inventory is accessible programmatically. But what if…local media publishers also rep this ad inventory. Some large media companies have hundreds and hundreds of local sellers on the streets who could sell that premium inventory at higher rates than can be achieved in programmatic platforms.”

In its latest ad spend forecast Magna Global said large retailers have been developing advertising sales through keyword search or display ads on apps and websites as e-commerce revenue continues to flourish. Magna notes, retail media is being fueled primarily by consumer brands that are reallocating their “below-the-line”, trade-marketing in-store budgets toward digital retail networks. In addition, retail-owned media networks tend to be immune from the privacy-based limitations on data usage and targeting, since they are accessing their own first-party data.

With retail media network’s ability to link impressions to direct purchases, a McKinsey report found 70% of marketers had enhanced returns from advertising on retail media networks compared to other media. As a result, the estimated cost-per-thousand CPMs to advertise on a retail media network are costly in the range of $20 to $50 making it comparable in pricing to connected TV.

While RMN’s have been around for several years, its usage quickened during the pandemic when stay-at-home consumers relied heavily on ecommerce. Last year the ad revenue for Amazon
AMZN
Advertising, the largest RMN, totaled $31 billion, a year-over-year increase of 48%. With double-digit growth expected again this year, Amazon could reach $40 billion in 2022.

The revenue success Amazon has experienced has prompted other retailers to ramp up their retail network capabilities which involves building the infrastructure and hiring talent. Walmart
WMT
, Target
TGT
and Kroger
KR
have been actively collecting shopper data and improving their advertising capabilities.

Forrester’s Nikhil Lai says, “Advertisers should prioritize a few networks, rather than spreading their budgets too thin across dozens of RMNs. To solve the challenge, advertisers should work with solution providers, like Skai, Pacvue, MikMak, and CommerceIQ, who provide visibility across RMNs.” Forrester reports one-quarter of retailers with an RMN are making over $100 million in annual ad revenue.

eMarketer estimates in 2022 Amazon will have a 76.9% share of retail digital media ad spend. By comparison, Walmart is the second largest at 6.1%, followed by Instacart at 1.9%. The gap between Amazon and rival retailers have been slowly narrowing. For example, in 2021 Walmart’s RMN Walmart Connect generated $2.1 billion ad revenue, a 136% increase from 2021. Target’s RMN rebranded as Roundel reached $1 billion in ad spend last year. This year Instacart is expected to surpass $1 billion for the first time.

Forrester reports on average the margins for RMNs range from 50-70% and even more with on-site advertising at 70%-80%, notably higher than other ad-supported media. Forrester’s, Nikhil Lai, notes, “Advertising’s high-margin income offsets losses in other parts of retailers’ businesses, such as first-party product sales, third-party seller fees, physical store sales, and subscription services.”

Financially, the future of RMNs is promising. Nikhil Lin expects growth will come from such data poor product categories as CPG and consumer electronic brands. Both verticals want to influence shoppers at the point-of-sale and are driving the adoption of retail media today and for the foreseeable future.

The growth of RMNs come at a time when despite inflation and other concerns about the economy, ecommerce has been setting records. Adobe Analytics reports this year Black Friday generated a record $9.12 billion in sales, a 2.3% increase surpassing $9 billion for the first time. Online sales for Cyber Monday also set a record totaling $11.3 billion for the day, +5.8% from 2021.

I’m a parent with an active social media brand: Here’s what you need to check on your child’s social media right now  CNN

Have you ever found yourself scrolling through social media and noticed you felt a bit down? Maybe a little envious? Why aren’t you on a yacht? Running a startup? Looking amazing 24/7?

The good news is you are not alone. Although social media has some benefits, it can also make us feel a little depressed.

Why does social media make us feel bad?

As humans we inherently compare ourselves to others to determine our self-worth. Psychologists call this social comparison theory.

Upward comparisons occur when we compare ourselves to someone else (in real life or on social media) and feel they are better than us (an unfavourable comparison for us) in whatever domain we are assessing (such as status, beauty, abilities, success, and so on).

For example, comparing your day at work to your friend’s post from the ski fields (we’re looking at you Dave!) is likely to be an upward comparison. Another example is making appearance comparisons which can make you feel worse about yourself or your looks .

Although upward comparison can sometimes motivate you to do better, this depends on the change being achievable and on your esteem. Research suggests upward comparisons may be particularly damaging if you have low self-esteem.

In contrast, downward comparisons occur when we view ourselves more favourably than the other person – for example, by comparing yourself to someone less fortunate. Downward comparisons make us feel better about ourselves but are rare in social media because people don’t tend to post about the mundane realities of life.

Social media showcases the best of people’s lives. It presents a carefully curated version of reality and presents it as fact. Sometimes, as with influencers, this is intentional but often it is unconscious bias. We are just naturally more likely to post when we are happy, on holiday or to share successes – and even then we choose the best version to share.

That’s not to say social media is all bad. It can help people feel supported, connected, and get information. So don’t throw the baby out with the bathwater. Instead, keep your social media use in check with these tips.

Concrete ways you can make yourself feel better about social media

Monitor your reactions. If social media is enjoyable, you may not need to change anything – but if it’s making you exhausted, depressed or anxious, or you are losing time to mindless scrolling, it’s time for change.

Avoid comparisons. Remind yourself that comparing your reality with a selected moment on social media is an unrealistic benchmark. This is especially the case with high-profile accounts who are paid to create perfect content.

Be selective. If you must compare, search for downward comparisons (with those who are worse off) or more equal comparisons to help you feel better. This might include unfollowing celebrities, focusing on real posts by friends, or using reality focused platforms like BeReal.

Redefine success. Influencers and celebrities make luxury seem like the norm. Most people don’t live in pristine homes and sip barista-made coffee in white sheets looking perfect. Consider what real success means to you and measure yourself against that instead.

Practise gratitude. Remind yourself of things that are great in your life, and celebrate your accomplishments (big and small!). Create a “happy me” folder of your favourite life moments, pics with friends, and great pictures of yourself, and look at this if you find yourself falling into the comparison trap.

Unplug. If needed, take a break, or cut down. Avoid mindless scrolling by moving tempting apps to the last page of your phone or use in-built focus features on your device. Alternatively, use an app to temporarily block yourself from social media.

Engage in real life. Sometimes social media makes people notice what is missing in their own lives, which can encourage growth. Get out with friends, start a new hobby, embrace life away from the screen.

Get amongst nature. Nature has health and mood benefits that combat screen time.

Be the change. Avoid only sharing the picture-perfect version of your life and share (in a safe setting) your real life. You’d be surprised how this will resonate with others. This will help you and them feel better.

Seek help. If you are feeling depressed or anxious over a period of time, get support. Talk to your friends, family or a GP about how you are feeling. Alternatively contact one of the support lines like Lifeline, Kids Helpline, or 13Yarn.