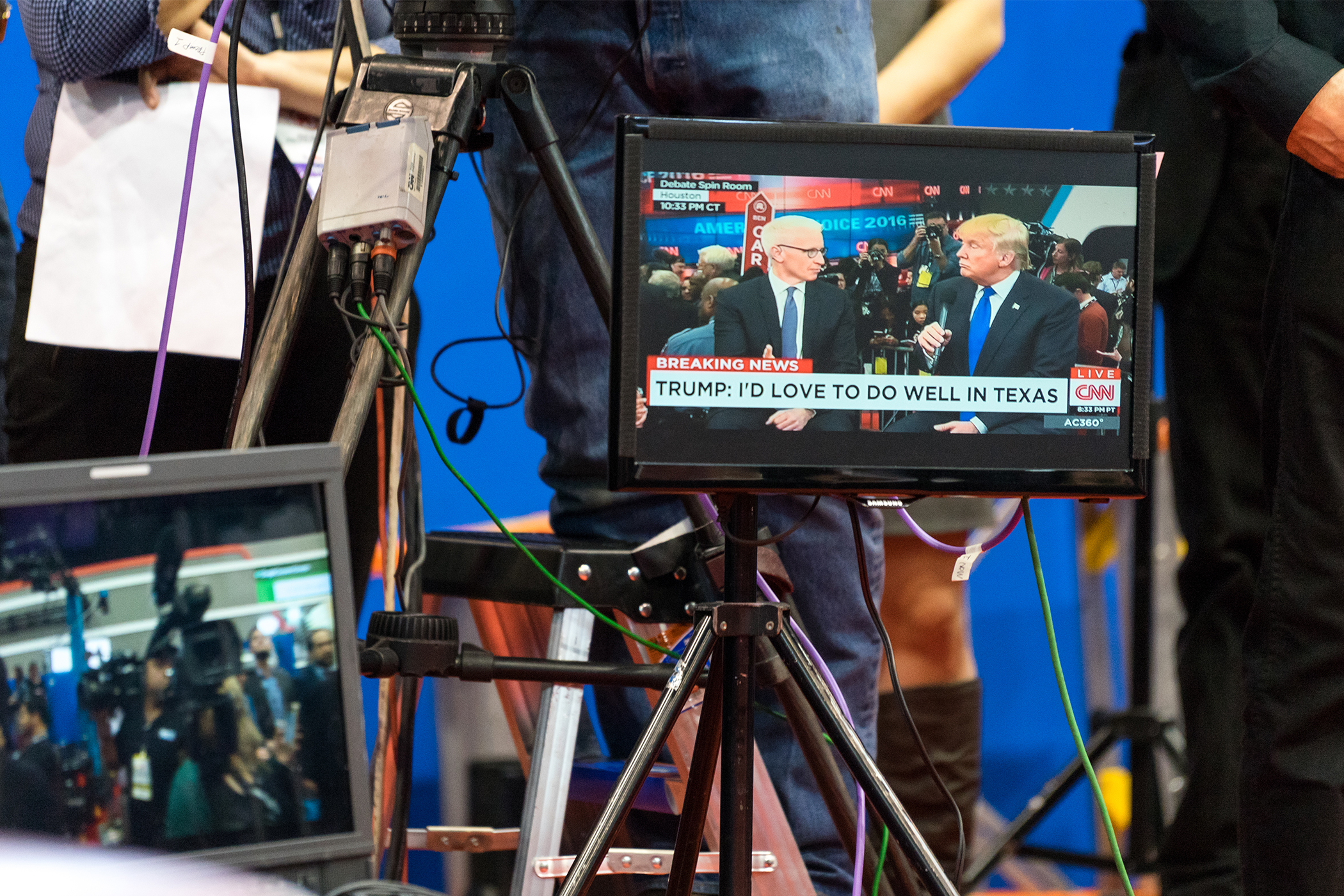 Donald Trump continues to dominate the news cycle whether he is in office or not. But if he continues to make headlines with the same outlandish statements, when does it stop being news?

On the heels of Trump’s announcement that he will run for president again in 2024, David Greenberg, a professor of history and journalism and media studies and an expert on American political and cultural history, including the presidency, weighs in on the news coverage and whether giving Trump less airtime would make a difference.

Donald Trump makes eyebrow-raising statements all the time – so, is it even news anymore? If not, should the media stop covering him with such frequency?

Trump’s shocking style has lost some of its power to shock. It propelled him to the presidency, and as long as he was president, what he said was inherently newsworthy. But he is going to have a harder time now getting the kind of coverage he used to get.

Do you think there needs to be a different approach to covering Donald Trump and politics in general as we head into the next presidential election cycle?

As far as the traditional, objective, mainstream news reporting is concerned, the main flaw I saw was that there was far too much editorializing and opinion being shoehorned into the news reports. Many reporters – by no means all – saw it as their job to be part of the “resistance.” This was a terrible mistake. They ended up squandering a lot of their credibility. There are signs that they are trying to pivot back to a more honest, even-handed journalism. CNN is trying to return to the older model and the New York Times has called on its reporters to stop tweeting so much. Those are promising signs.

Objectivity is not Donald Trump’s friend.

It is very hard to generalize about the “media.” A lot of the coverage of Biden is pretty fair. There are of course perennial problems with news coverage. There’s the superficiality, the pack journalism, the emphasis on trying to predict what will happen instead of telling what has happened. But I don’t think these are peculiar to coverage of Biden or Trump.

There are plenty of movements that have amassed fervent followings, yet we don’t hear about them all the time. Would the Make American Great Again (MAGA) movement really have that much sway to quietly take over American politics if the media stops treating it like news, especially after the underwhelming midterm outcomes for MAGA candidates?

The media do not have the power to make or break movements. There is a lot of magical thinking out there regarding what the media are capable of. The truth is, the media are full of conflicting facts, messages, opinions and storylines, and audiences encounter these messages in a variety of forms and with a range of preexisting attitudes. So, nobody is making us believe things we don’t want to believe. We are not in Castro’s Cuba or Hitler’s Germany where opposition voices are silenced.

The MAGA message existed long before Trump. Pat Buchanan was its standard-bearer in the 1980s and 1990s but it remained on the fringes of the Republican Party. Then certain things changed: The Iraq War, the 2008 crash, mass immigration, the racial turmoil of the Obama presidency.  These created a bigger grassroots constituency for someone like Trump when he came along to run for president in 2015. So, it was entirely appropriate that these people and their political ideas were widely covered by the mainstream media, especially because reporters for many years had not noticed or appreciated their growing strength.

Now, whether the kind of coverage that the MAGA movement gets is the most enlightening coverage is another matter. But it represents – even after the midterm losses – a sizable portion of the electorate and definitely needs to be covered, ideally by on-the-ground reporters, not only by columnists and TV talking heads.

Do you think toning down coverage of Donald Trump’s bombastic displays would ultimately make them fizzle out in the same way the Tea Party and Occupy movements faded from public view?

No. Trump is going to do his thing. It is true that there is a kind of natural lifespan to grassroots movements. Then they either gain mainstream acceptance or fizzle out. The Tea Party was, in fact, a progenitor of the Trump movement. It showed a lot of the same hallmarks of right-wing populism. Occupy morphed into the Bernie Sanders movement and then into the so-called Justice Democrats. These movements do not command the allegiance of a majority of Americans, but they do represent important minority currents in our political culture.