New technology is upending everything in finance.

SoftBank’s mega-investments made a splash in markets around the world last year, including in the UK’s burgeoning fintech sector: The Japanese company’s $100 billion Vision Fund led two deals that accounted for a quarter of the capital raised by the country’s financial startups.

SoftBank’s outsize transactions in tech companies have raised questions about valuations and whether some firms in its portfolio have too much money. The Vision Fund invested $800 million in Greensill and $440 million in OakNorth, two London-based business lenders, according to industry group Innovate Finance. Those investments made up 25% of the $4.9 billion raised by financial startups (Quartz member exclusive) in Britain last year.

SoftBank and its Vision Fund have faced a wave of media and investor scrutiny lately. SoftBank founder Masayoshi Son is credited with a savvy bet in 2000 on Alibaba, which went on to become an e-commerce giant in China that’s now worth more than $600 billion. More recently, however, he and his colleagues have sunk billions of dollars into cash-burning startups, and it was reported late last year that the fund pushed portfolio companies to expand aggressively in spite of staggering losses.

There’s still a “positive halo effect” for a company associated with SoftBank, OakNorth CFO Cristina Alba Ochoa says. Vision Fund executives and its portfolio are rich with valuable connections to executives and business opportunities around the world. “In the last year they made introductions to banks and financial institutions outside the UK that we wanted to meet,” Ochoa said at an industry event hosted by Innovate Finance. “They really introduced us at the right level.”

SoftBank was contacted for this story but didn’t provide comment.

Greensill and OakNorth, unlike a number of unicorns that have emerged in recent years, say they are profitable. And profitability is becoming fashionable again after some privately funded companies, including some backed by SoftBank, got a shock from public markets. WeWork, one of SoftBank’s biggest investments, called off its IPO last year after Wall Street took a look at its financials. Last week Casper, a direct-to-consumer mattress company that didn’t receive any Vision Fund money, listed on the New York Stock Exchange at a valuation that was around half of what venture capital investors had assigned it.

The gap in valuations highlights a weakness in private markets. They “are a very inefficient pricing mechanism,” Mark Tluszcz, the CEO at Mangrove Capital Partners, told Quartz in October. “One person defines the price. Not a lot of scrutiny.”

Greensill got $800 million in May from SoftBank, and that single deal, comprised of one investor, determined the working-capital lender’s $3.5 billion valuation, according to PitchBook data. By contrast, Citigroup’s stock traded more than 250 million times on NYSE in December. (Greensill also raised $655 million of convertible debt financing from SoftBank in October.)

Another question is whether enterprises backed by the Vision Fund have more money than they know what to do with. SoftBank’s companies can be fortified with hundreds of millions of dollars in capital, which is meant to help them surge ahead of their competitors. “If people can grow and they have room to grow, I think money can be very useful,” Masayoshi Son said in SoftBank’s earnings call with analysts this week. Historically, “whatever the revolution was, always money was necessary,” he said.

The strategy can backfire. Wag Labs, a dog walking startup, was reportedly seeking $75 million in funding and ended up with $300 million from Vision Fund. It sought to use the money to go international and add services like dog grooming, but the expansion failed (paywall) and it fell behind rivals, according to the Wall Street Journal.

Vision Fund has gotten attention for its misses, but executives say it has successes, too. Rajeev Misra, chief executive of SoftBank Investment Advisers, which oversees the Vision Fund, says it has about 50 winners in its portfolio, according to a Reuters report. The fund had invested in about 88 companies at the end of last year. Misra told a conference in Abu Dhabi that a dozen or more of its investments could seek IPOs during the next 18 months.

Greensill and OakNorth, meanwhile, say they can handle their tall stack of SoftBank cash. “Our goal is to continue to be profitable but at extremely high growth rates,” said Joe Hyland, chief marketing officer at working-capital lender Greensill. “Having the money and having all this dry powder in reserves for international expansion, for acquisitions, is really important,” he said at the Innovate Finance event in London this week. “If you’re focused on growth and focused on being a market leader, the more money you have the better.”

Despite the benefits—plenty of capital and lots of connections—has SoftBank’s investment become a distraction? The CFO at OakNorth, which lends to small- and medium-size companies, said it really depends on whether the money is being spent wisely and alters the company’s outlook. “Me, as a CFO, I haven’t changed my mindset,” she said.

With reporting assistance from Alison Griswold.

Whenever my husband and I talk about investing, we fight. How can we get on the same path? – The Globe and Mail 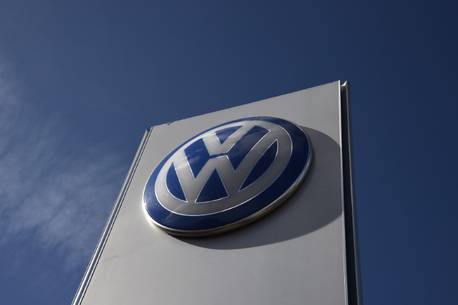 Argo, founded in 2016 by Bryan Salesky and Peter Rander, is now jointly controlled by VW and Ford Motor Co, which made an initial investment in Argo shortly after it was founded.

Details of the VW investment, which does not include an agreement to purchase $500 million worth of Argo stock from Ford, was announced last July.

VW’s agreement includes the transfer to Argo of its Munich-based Autonomous Intelligent Driving unit, which boosts Argo’s employment to more than 1,000, according to Salesky.

Last week, VW disclosed that its supervisory board had approved several projects in a multibillion-dollar alliance with Ford that also was announced last July.

Ford created Ford Autonomous Vehicles LLC in 2018, pledging to invest $4 billion until 2023 and had sought outside investors to help share the spiraling cost of developing autonomous vehicles.

(Reporting by Paul Lienert in Detroit; Editing by Nick Zieminski)

If you’ve purchased a commercial or residential condo, you would have encountered an estoppel certificate.

There are many reasons for obtaining a condominium estoppel (the information I discuss here is applicable only to single- and multi-tenant investments, excluding multifamily rentals):

* they provide insight into the project’s reserve fund;

* illustrate if there are any unpaid contributions or arrears;

* and determine if its bylaws and policies are in good standing.

Estoppels are just one of many due diligence items I encourage buyers to ask for.

Let’s look at the importance of obtaining estoppel certificate(s) during your investigation of an investment property.

A landlord and tenant negotiated a tenant improvement allowance which was to be paid to the tenant once they had completed their improvements. The tenant was a national company with a few different departments handling various elements of the lease administration.

The tenant did complete the work but somehow forgot to thereafter ask for the agreed-upon amount of cash. The property was subsequently sold to another investor.

The investor did not obtain an estoppel certificate from the tenant during its due diligence period.

Sometime after the sale, the tenant realized they had failed to request the tenant improvement amount at the appropriate time.

Had the buyer requested an estoppel certificate from the tenant at the time of purchase, they would have insulated themselves from this problem.

How open do you think the previous owner is to paying this significant sum of money after the sale?

The tenant improvement allowance was amortized into the lease, which increased the tenant’s lease payment.

The buyer does not feel obligated to pay it, because they paid more for the property due to the cap rate applied to that increased rent.

The certificate must be executed by the tenant and may include, but is not limited to, the following declarations:

* the lease constitutes the entire agreement between both parties;

* the amount of security deposit held;

* there is no litigation outstanding between the two parties;

* there are no existing lease defaults by either party;

*  any improvements required to made by the landlord have been completed;

*  any amount agreed to be paid by the landlord for tenant improvements has been paid.

We use estoppel certificates that can be one or several pages long.  It typically depends on the complexity of the transaction, number of tenants involved and the sophistication of the buyer.

Getting an estoppel in place

A landlord typically does not want to go through the work and disturb the tenants until the buyer has removed all conditions.

A buyer doesn’t typically want to remove conditions until the estoppels have been provided.

A remedy can be to provide the certificates after the buyer has removed conditions, provided there is a process agreed to if something surfaces within the estoppel that requires a resolution prior to completion of the deal.

There are many issues that can surface if estoppels are not included within a commercial real estate investment sale.

If a seller is reluctant to allow this requirement to be written into the purchase agreement, treat this as a red flag.

It could be in your best interests to walk away before investing your time and money.

Construction investment up in March on P.E.I. despite pandemic – CBC.ca

P.E.I. ran against the general trend in Canada, and contrary to the expectations of the COVID-19 pandemic economy, to post strong numbers in the construction sector in March.

Nationally, investment was down 3.6 per cent.

Construction has been on a steep growth curve on P.E.I. for several years. Sam Sanderson, general manager of the Construction Association of P.E.I., said the pandemic has not slowed it down significantly.

“We’re not foreseeing any kind of a downturn in April,” said Sanderson.

“Our members are still crazy busy. There’s still a shortage of skilled people, We’ve got many members looking for many people right now and have been all throughout COVID-19 to date. So it’s looking very promising.”

The first quarter of 2020 was up 22.1 per cent over the same period in 2019. Growth in investments in single-family homes and industrial buildings was particularly strong.