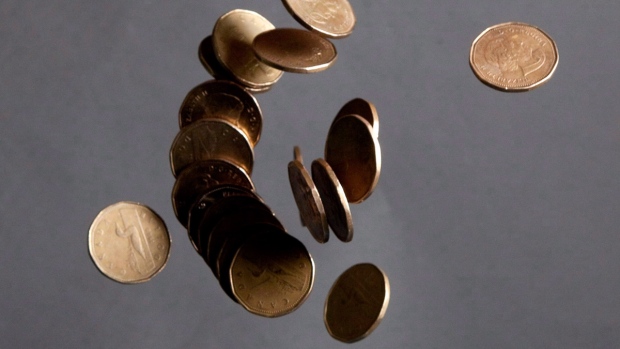 They believe these actions are more likely to quickly stimulate Canada’s economy and keep money within the country than online impulse shopping, which many have gravitated to during COVID-19 lockdowns.

Spending on services, said Mendes on Friday, helps stimulate a rebound because the people who offer them are likely to take money they earn and spend it within the domestic economy again.

If they see demand for their services return quickly enough, they may spend more on supplies needed for their work and may hire back Canadians laid off during the pandemic.

The economy lost almost 213,000 jobs in January as lockdown measures erased months of gains and marked the worst monthly declines since last April. The hospitality and service industry were hit particularly hard because restaurants, salons and other entertainment venues were ordered closed in many provinces to quell the spread of the virus.

However, Statistics Canada said Friday that 259,000 jobs were added in February, almost entirely wiping out losses sustained since the start of the year.

Douglas Porter, Bank of Montreal’s chief economist, said spending on services can help stimulate the economy and bring back even more jobs, but the reality is lockdowns and restrictive measures still remain in parts of the country, so haircuts or trips to the gym aren’t an option for everyone.

“Canadians sHould really double down on trying to help local businesses and services as much as they can and in the here and now and that’s with things like supporting your local restaurant through takeout or a small retailer through curbside pickup,” he said.

While he’s hoping Canadians will boost the economy by opening up their wallets, he warned that it won’t be an option for everyone.

Some have seen their financial situation bolstered during the pandemic, but others have taken on mounting debt or lost their source of income.

“Before this all began, the single biggest concern for the Canadian economy was an overextended consumer, so I would say this (spending advice) applies to people whose finances can actually handle that,” he said.

Yet Porter doesn’t believe it will be hard to get most people to spend again.

Many, he said, have saved during the pandemic and others are anxious to spend on favourite pastimes they’ve missed or on something other than goods.

“You only need so many Peloton bikes,” he joked.

“I expect that there will be some indulging, some going out for dinner more often or going out for maybe more expensive dinners,” he said.

“Maybe even going on a vacation that is a little bit more expensive, or maybe going on a few more vacations over the next 12 months.”

When vacations are safe and permitted, he said the key will be encouraging people to travel within Canada.

“Keeping that money within the borders will help the economy recover at a faster pace.”

Mendes’ remarks echoed a recent call by Destination Canada, a crown tourism corporation, for Canadians to consider domestic travel before flying abroad. The company recently said that if enough Canadians shift their international travel plans to focus on domestic destinations, it could speed up recovery for the tourism sector by up to one year.

This report by The Canadian Press was first published March 12, 2021.

Canadian economy stands to get boost from supercharged U.S. recovery – The Globe and Mail