“Would be sooo great if the Fed would further lower interest rates and quantitative ease,” Trump tweeted on Tuesday, less than a week after the US central bank signaled it would be hitting the pause button on any more rate cuts going forward. “The Dollar is very strong against other currencies and there is almost no inflation. This is the time to do it. Exports would zoom!”
The President campaigned on promises of 3% growth, and is presiding over somewhat less than that, with a final report issued Friday showing respectable 2.1% growth for the third quarter. But the economy is getting rave reviews, with 76% of respondents in a new CNN poll conducted by SSRS rating economic conditions in the US today as very or somewhat good, significantly more than those who said so at this time last year (67%). This is the highest share to say the economy is good since February 2001, when 80% said so. 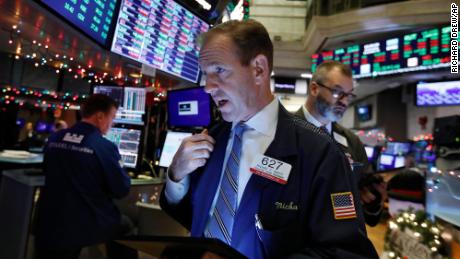 That’s in part thanks to the Fed’s success in keeping the US economy running smoothly over the last year, with unemployment hovering near 50-year record lows and the stock market hitting record highs.
Nevertheless, there are worrying signs. Business investment has fallen the last two quarters, the first decline in three years, according to the Bureau of Economic Analysis. Manufacturing layoffs have ticked up since the summer, and on Friday US Steel announced plans to close a mill near Detroit and cut 1,500 workers.
In response, the commander-in-chief has pushed unusual economic ideas, including publicly pressuring the Fed to cut rates to zero and even at times, suggesting rates should fall into negative territory. The Fed, however, has shown no signs of taking Trump’s suggestions.
At the Fed’s final meeting of the year, Powell and his colleagues signaled they would be sitting on the sidelines for some time. Powell said the three rates cuts this year were key decisions that helped to support the economy, which was showing signs of potentially tipping into recession over the summer.
“The Fed is basically saying, ‘Things are cool. We don’t really want to change things. We’re going to sit this one out for the foreseeable future,'” said Robert Frick, corporate economist with Navy Federal Credit Union. “That means they’ve done their job.”
Powell has himself argued it would take a lot for the Fed to move in either direction next year.
“We took strong measures,” said Powell at his press conference last week, referring to the cuts. “And we do believe that monetary policy operates with a long and variable lags and that it will take some time before the full effects of those actions are seen in the economy. So that’s one reason to hold back and wait.”
All of that could change if the President sparks a new trade war with Europe by imposing auto tariffs next year or if the economy starts to wobble from other shocks, including Boeing’s decision to shut down production of its 737 Max planes.
While the US economy has been a bright spot around the world, other countries have continued to struggle since the Great Recession a decade ago. It’s one of the reasons that inflation and wage growth have remained muted in the US.
“Things have changed radically over the last year,” said Frick. “I can remember when GDP was under 2% and analysts said, ‘There’s a recession around the corner.’ Now that our expectations — and indeed reality — has been taking down to a 2% growth level, we’re OK between 1.5% and 2%. We can go on for years at that rate.”
That may not be enough for Trump.
Trump has threatened to fire Powell on multiple occasions for not doing enough to juice the economy, a radical break with precedent walling off the central bank from political pressure. And while Powell, a sober former investment banker, has repeatedly insisted he was relying on data and not politics to make his decisions, the global economic turbulence stemming from Trump’s own trade wars prompted him to reverse his plans to raise rates this year and instead steadily drive them back down.
Even the President’s closest advisers acknowledge that appears to be over.
Stephen Moore, a conservative economic commentator who Trump considered for a Fed slot earlier this year, met with the President earlier this week at the White House to discuss the US economy and says Trump is still unhappy with the Fed and hankering for more cuts that he’s unlikely to get.
“Trump wants at least a couple more rate cuts from the Fed, and he’s not going to get it, that’s for sure,” said Moore, a former CNN contributor.
David Wessel, director of the Hutchins Center on Fiscal and Monetary Policy at the Brookings Institution, said Trump’s public criticism may have made members of the central bank’s Federal Open Market Committee hesitate more than they would have before cutting rates this year to counter economic pressures from the President’s turbulent trade war with China.
“It made it harder, and perhaps some people on the FOMC were reluctant to cut rates because among other things they didn’t want to appear to be succumbing to the President’s pressure,” said Wessel. “But bottom line, other than making things uncomfortable, I’m not sure it made a hell of a difference. And a bit of the irony is the President got what he wanted, but he seems unable to declare victory.”

OTTAWA — The Bank of Canada will make its latest interest rate announcement today and update its outlook for the economy.

Governor Tiff Macklem has seemingly ruled out any further cuts, adding that the central bank doesn’t plan to raise its key rate until well into an economic recovery.

In his first speech as governor late last month, Macklem said the central bank expects to see growth in the third quarter of this year as restrictions ease. 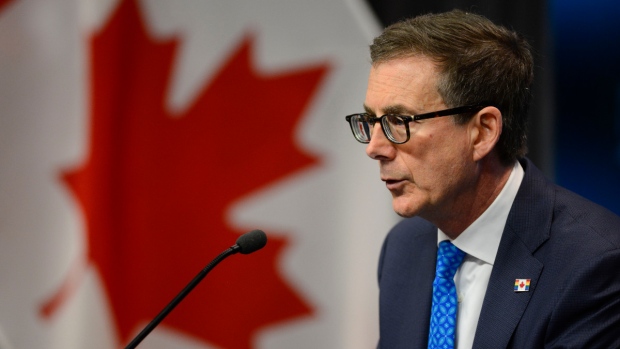 OTTAWA —
The Bank of Canada will make its latest interest rate announcement today and update its outlook for the economy.

Governor Tiff Macklem has seemingly ruled out any further drops, adding that the central bank doesn’t plan to raise the rate until well into an economic recovery.

In his first speech as governor late last month, Macklem said the central bank expects to see growth in the third quarter of this year as restrictions ease, but warned of a “prolonged and bumpy” course to recovery.

The bank will outline what Macklem described as a “central planning scenario” for the economy and inflation, as well as related risks — such as local, but not national, lockdowns.

The Bank of Canada said in April that it expected inflation to be close to zero in the second quarter.

The federal government’s economic “snapshot” last week pegged inflation at 0.5 per cent for this year, then rising back to two per cent in 2021.

The reading was based on the average of forecasts from 13 private sector economists.

Statistics Canada data showed the consumer price index posted a year-over-year decline of 0.2 per cent in April followed by a drop of 0.4 per cent in May as lockdowns put a damper on consumer spending.

This report by The Canadian Press was first published July 15, 2020 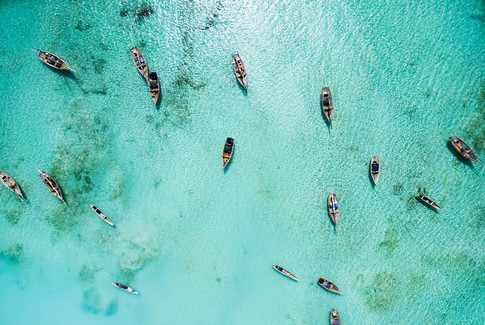 The global COVID-19 pandemic has caused unprecedented job losses and economic uncertainty. As governments and businesses look to stimulate growth, a new study from the World Economic Forum finds that ‘nature-positive’ solutions can create jobs and protect the planet.

This media briefing, taking place at 15:00 CEST Wednesday 15 July 2020, will launch the Future of Nature and Business Report.