It’s been a year of ups and downs for Canada’s housing markets, but, for the most part, they gained strength and posted increases in both prices and sales.

Though sales data for December is needed to paint a complete picture, housing market activity up until the end of November offers enough insights to reflect on the past and plan for the future.

If there was one development that defined Canadian real estate in 2019, it was the housing market’s resilience, especially since the slowdown that started in 2018, when the stress test was extended to uninsured mortgages, lasted longer than most had anticipated.

But the market’s turnaround since March has been fuelled by strong demand, despite the absence of regulatory relief, in most of the country, excepting Alberta, British Columbia and Saskatchewan. Perhaps unsurprisingly, the turnaround coincided with the federal budget in March 2019, which provided some clarity on how and when the government would address the housing market decline.

Early discernible signs of strength appeared in Toronto, where monthly sales in March outpaced those recorded a year earlier, and the average house price crossed the $800,000 benchmark for the first time since October 2018.

Year to date as of the end of November, non-seasonally adjusted residential sales in the Greater Toronto Area (GTA) were at 83,824, 12.2 per cent higher than in the same period a year ago, according to Canadian Real Estate Association data. The national figures are influenced by Canada’s largest housing market and reached 461,212 units, 5.6 per cent higher than last year.

Housing sales in the Greater Montreal area were up by 9.1 per cent and approaching almost 48,000 sales, while Ottawa, Hamilton-Burlington and Winnipeg also showed strength.

Out west, the urban housing markets in Greater Vancouver, the Fraser Valley and Edmonton reported fewer year-to-date sales in November than the previous year, while Victoria and Calgary reported modest increases of less than two per cent.

Non-seasonally adjusted housing prices in Canada reported a modest 2.1 per cent increase as of the end of November, with the upsurge in the east countered by a decline in some western markets and the Prairies.

Although sales and prices are climbing, year-to-date listings have declined 2.1 per cent to 790,263. The decline is much more pronounced in the struggling housing markets in Western Canada and the Prairies. For example, listings in Calgary were down 10.3 per cent.

A key metric to watch in the resale housing market is the sales-to-listing (SLR) ratio, which serves as a proxy for supply. A rising SLR indicates that sales are rising faster than new listings, which implies that the amount of available housing stock for purchase is not expanding as fast as the pool of homebuyers.

Such market conditions pitch potential buyers against each other, putting additional pressure on housing prices, which will escalate not just because of higher demand, but constrained supply as well. The year-to-date SLR in the GTA hit 56.2 per cent in November, which is a 7.2 per cent jump from the same period in 2018.

If the current trends persist next year, housing sales and prices are expected to rise across most of Canada, except for the Prairies. But 2020 could end up being a seller’s market if new listings fail to match the growth in sales.

Murtaza Haider is a professor of Real Estate Management at Ryerson University. Stephen Moranis is a real estate industry veteran. They can be reached at www.hmbulletin.com.

The Evolution Of A Real Estate Agent – Forbes

“Looking at the cyclical nature of the real estate industry, combined with suppressed demand during lockdown, we’re going to see an uncapped demand. People are antsy and they want to get looking for their new home.”

Revere Real Estate is a local real estate firm, tracking market trends in order to give their clients the best home-buying experience possible.

Records have been set in real estate throughout COVID, including in November 2020, which Blais pointed to as an “historical month,” with an increase in sales of 27 per cent over the same timeframe in 2019.

Similarly, October 2020 home sales in the Edmonton region grew by 26 per cent compared to the same month in 2019. “The numbers we saw were unheard of for the fall,” he said. “November is typically the month that things really cool off, but sales remained steady.”

“Anecdotally, I was helping a client out in St. Albert look for a home in the range of $450,000, and every home we identified had offers accepted within three days of going to market,” he said. “It was crazy, and I think we’ll see that again in certain areas in and around the city.”

Noting that similar experiences are being had in Fort Saskatchewan, Blais pointed to anticipated growth in the Fort come the spring. “There’s quite a bit of development that continues outside of the City of Edmonton, and we’re also seeing what I call ‘perpetual urban sprawl’ in Edmonton,” he explained. “Developers have met that demand pretty well, expanding into regions that used to be farmland, so you can now get into single-­family homes for under $425,000 just west of the city. 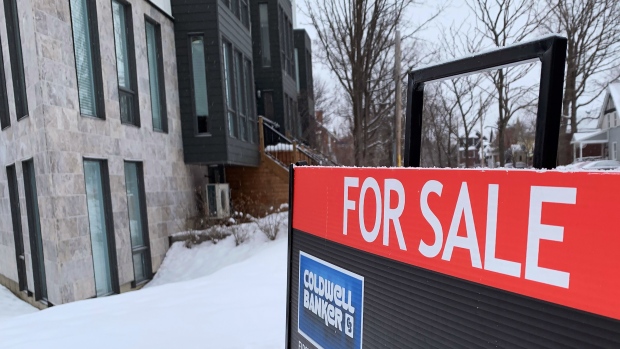 Canadian pension funds held $278.7 billion in property assets in 2019, up 4% from 2018, according to the Pension Investment Association of Canada, making them the country’s largest real estate owners.

In November, it signed an agreement with Hudson Pacific Properties to acquire an office tower in Seattle. Spann said a lot of buyers that would have been competitive in the Seattle deal were temporarily on the sidelines. “So we were able to step in and pick up that asset at yields that we thought were quite attractive.”

As the pandemic forced many staff to work from home, the office vacancy rate in Canada hit a 16-year high of 13.4% in 2020, according to data from broker CBRE. Downtown offices were hit harder.

“I think pension funds are very well aware that…there are times when values dip a bit and vacancies go up but overall real estate assets are a great part of any pension fund portfolio,” Paul Morassutti, CBRE Canada vice-chairman said.

CPP’s Spann said while both rental markets and office may suffer in the short-term, it was expected that both markets would return when the pandemic comes to an end.

“Office may fall in the short term but in the long term, as everybody does start coming back to the office, I think it’s fair to say you may see a reversal,” she said, adding that the things that made places like New York and San Francisco vibrant will remain.

Kristopher Wojtecki, managing director for real estate at PSP Investments, told Reuters the fund had been increasing exposure in select sectors including single family rental and production studio real estate during the pandemic.

However, Canada’s second-largest pension fund, Caisse de depot et placement du Quebec, is taking a contrarian approach. A spokeswoman for Ivanhoé Cambridge, the real estate subsidiary of Caisse, said the fund is cutting exposure in traditional asset classes and prioritizing opportunities in growth sectors which include logistics and residential office buildings among others.

Grant McGlaughlin, partner at law firm Fasken, said he did not see any drastic moves on pension funds getting rid of their real estate portfolios.

“I think that’s the right thesis that there is no point selling into a low,” he said.

Canadian pension funds held $278.7 billion in property assets in 2019, up 4% from 2018, according to the Pension Investment Association of Canada, making them the country’s largest real estate owners.

As the pandemic forced many staff to work from home, the office vacancy rate in Canada hit a 16-year high of 13.4% in 2020. Downtown office properties were hit particularly hard.

The real estate subsidiary of Caisse has said that the fund is cutting exposure in traditional asset classes and prioritising opportunities in growth sectors that include logistics and residential office buildings, among others.