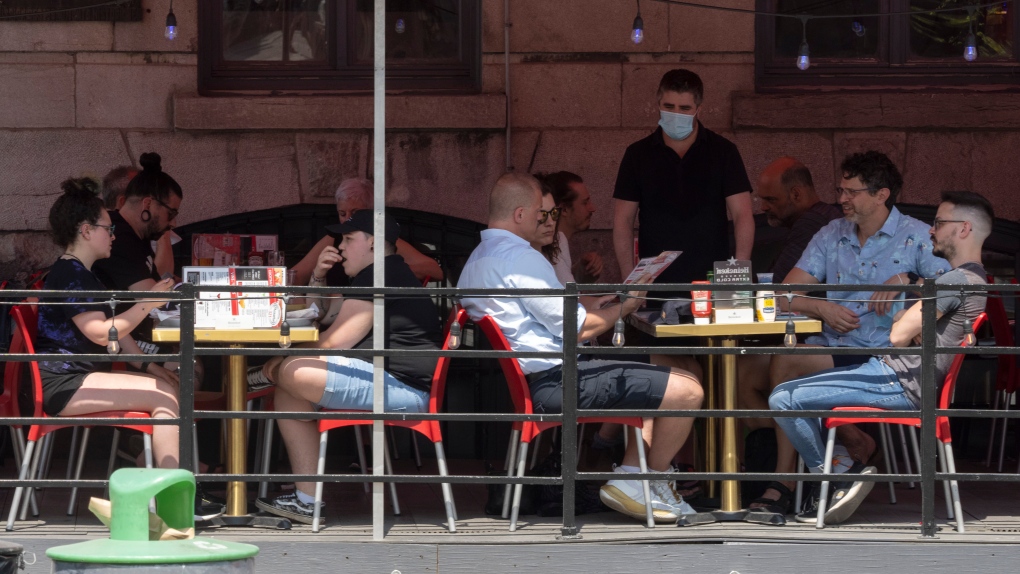 When it comes to tipping etiquette, a new survey suggests there is little agreement among Canadians on where and how much to tip.

The poll, conducted by Research Co., found that 37 per cent of Canadians would tip between 15 to 19 per cent if they receive exceptional service at a restaurant that is not busy.

But at a busy restaurant, 34 per cent said they would offer a tip of 20 per cent or higher if they received exceptional service. That number jumps slightly, to 36 per cent, if the restaurant was exceptionally busy.

Only four per cent said they would leave no tip at a restaurant if the service was good or exceptional.

“Two-in-five Canadians aged 55 and over (40 per cent) would walk away from a sit-down restaurant without leaving a tip if they perceive that their server was idle and aloof,” says Mario Canseco, president of Research Co., in a news release. “The proportions are lower among Canadians aged 35 to 54 (29 per cent) and aged 18 to 34 (24 per cent).”

MOST CANADIANS WON’T TIP FOR TAKEOUT

Slightly more than half of Canadians (54 per cent) said they don’t tip when they pick their food up to go, while 20 per cent said they tip less than 10 per cent.

Around 48 to 53 per cent also said they never leave a tip at cafeteria-style restaurants and takeout restaurants, but more than half (57 per cent) said they tip at coffee shops at least some of the time.

Some restaurants across Canada have opted to eliminate tipping and instead pay their staff higher wages. The survey suggests most Canadians may favour this model, as 59 per cent somewhat or strongly agreed with the statement, “If the salaries of food servers were better, there would be no need to tip servers.”

The survey polled 1,000 adults in Canada online from Dec. 10 to Dec. 12, 2022. The data has been weighted to reflect Canadian census data on age, gender and regional distribution. The margin of error for this survey is ±3.1 percentage points, 19 times out of 20.

MONTREAL — A prominent Quebec businessman says he’s stepping down from his role as chairman and CEO of electronics parts company Future Electronics to focus on protecting his reputation amid allegations reported this week that he had paid minors for sex.

Robert G. Miller says that allegations reported by Radio-Canada and CBC on Thursday that he gave girls aged 14 to 17 cash and gifts in exchange for sex between 1994 and 2006 are false.

A news release Friday from Future Electronics says Miller “adamantly and vehemently denies the malicious allegations made against him” adding they are “false and wholly unsubstantiated” and arose during a “bitter divorce.”

The statement notes a Montreal police investigation was conducted into the allegations and says authorities determined they were unfounded.

The statement claims the allegations are now resurfacing for financial gain.

Miller was chairman, president and CEO of Future Electronics but the release says he had not been involved in day-to-day operations for a number of years and will now focus on serious health problems and “the protection of his reputation.”

In tweets earlier today, the province’s prosecution service and Public Security Minister François Bonnardel urged any possible victim or witness to file a complaint with authorities.

Montreal police confirmed in a news release that they had investigated allegations against Miller in 2008-2009 and submitted a file to the provincial prosecution service to determine if charges were warranted.

A spokesperson for the prosecution service said Friday that no charges were laid in the matter.

Headquartered in Montreal, Future Electronics describes itself as a “global leader in electronics distribution,” with 5,500 employees and 170 offices in 44 countries.

The Canadian Bar Association and the HIV & AIDS Legal Clinic Ontario found that transgender people are more likely to have coexisting legal issues and are less likely to interact with the justice system.

The study found that about seven out of 10 transgender people report having at least one issue that could be addressed by the system — such as issues with discrimination, medical treatment, employment, housing or debt — compared with a little less than half of the general adult population in Canada.

“As a corollary of that, often, the participants on our study were dealing with multiple legal problems at the same time,” said Julie James, an assistant professor at Toronto Metropolitan University.

The study is based on interviews with 182 transgender people who were surveyed over the course of three years.

People who took part said they are reluctant to seek legal help over fears of discrimination, inadequate services or a lack of accessible transgender-specific legal information.

“They reported often being told directly that they were being denied housing, shelter space, consumer services, police protection, health care, drug treatment and or employment because they are trans,” the report says.

“It was really highlighted that coming to the legal system was absolutely their last resort,” James said.

“If they have come to the legal system, it was basically a matter of life and death for them and they were finding no other way to actually survive through what they were dealing with.”

The study found that people are often hesitant to interact with the justice system because of previous negative experiences or fears that they may be misgendered or disrespected in a public space.

James said the research also found that interacting with the justice system often had an emotional toll on the mental health and finances of transgender people.

“The impact of legal problems was pretty profound,” she said.

The report concludes that tinkering with policies and regulations is not enough and “systematic change” is needed, including on preventing harms in the first place.

It also calls for more education on transgender identities and more support for transgender legal professionals. It says law societies in Canada should mandate that practitioners receive at least three hours of training focused on equity and diversity.

Justice Minister David Lametti’s office said he is looking forward to reviewing the report and its recommendations.

“Minister Lametti continues to look at how the federal government can be of best support to those providing on the ground services to improve access to justice for 2SLGBTQI+ people,” spokesperson Diana Ebadi said in a statement.

Canadian Bar Association president Steeves Bujold said lawyers in Canada need to understand the needs of the transgender community to build back trust.

“Without trust, the justice system can’t work,” he said.

“It’s based solely on trust.”

An advisory group at the bar association that includes members of the transgender community is now reviewing the study’s findings, said Bujold.

“It will bring expertise. It will also bring legitimacy to the recommendations and the concrete actions we will be taking,” he said, adding he hopes the group will make its recommendations before his term as president ends in August.

The findings of the study weren’t a surprise for Gemma Hickey, an LGBTQ activist who advocated for and received one of Canada’s first non-binary passports — which allow Canadians to identify as neither male nor female on their travel documents.

Hickey said they have had to fight for their rights.

“I really feel that this analysis brings that to light for other people, perhaps, who don’t fully understand what it’s like to be part of a marginalized community.”