Oil prices crashed after Russia and Saudi Arabia announced that they will abandon OPEC production quotas and open the taps, and while drillers and oilfield service companies are feeling the pain, the world’s largest oil traders are eyeing huge profits. After all, volatility is a trader’s best friend.

Oilprice.com’s Alex Kimani wrote back in January that the world’s 5 largest oil traders made a killing in 2019 by trading catalysts that created worldwide supply disruptions such as the contaminated crude at the Druzhba pipeline in Russia and the attacks on Saudi Arabia’s key oil facilities in September.

While 2019 proved to be a rocky year for oil, 2020 has started off even more volatile, with the coronavirus slamming the brakes on global demand growth and the collapse of the OPEC talks leading to the worst oil price crash since 1991.

While producers stand to lose billions of dollars in revenue in what is beginning to look like a race to the bottom, the world’s oil traders are playing the trend by scooping up cheap crude and storing it to sell at a later date.

Saudis Arabia’s steep oil price cuts last weekend marked the beginning of a major contango play after Riyadh slashed prices for its April Arab Light crude contract by $6 per barrel for Asian markets, while Northwest Europe and the U.S. saw discounts of $8 per barrel and $7 per barrel respectively. The price drop that followed has led to the widest prompt contango in the last four years, with the spread between Brent crude for 1 and 2-month deliveries now approaching $1 per barrel.

The cheaper crude will undoubtedly lead to improving profit margins for battered Asian refiners, but most of the additional crude flowing onto the markets will directly go into storage. An oil trader in the Mediterranean region told Oilprice.com that his company among others is ‘’rushing to fill every cubic meter of storage, with everyone in the region, including Central Europe looking for storage capacity’’.

Traders are taking advantage of a unique situation that has been created by temporary demand weakness caused by the coronavirus, plus the dumping of millions of extra barrels per day by Saudi Arabia, Russia, and the UAE.

Oilprice.com data shows that the 6-month Brent futures spread now amounts to US$4.95, giving traders the option to directly lock in forward prices and make a profit.

With onshore oil terminal space filling rapidly, oil traders have started to store crude on tankers. Shipbrokers told Reuters on Tuesday that ‘’The cost of renting a VLCC, which can carry 2 million barrels of crude and can be used for floating storage, was assessed Tuesday at around $38,700 per day, compared with around $30,700 per day on Friday and $14,800 a month ago’’.

The run on tanker storage is actually a blessing for shipping companies who are reeling from the coronavirus impact on commodities and industrial products.

Seatrade Maritime News quoted New York-based shipbroker Poten & Partners as saying that “Floating storage will be profitable if the 12-month spread is higher than the cost of the vessel and the interest charges for storing the crude,” adding “We are not there yet, but the economics are moving in the right direction.”

Close to zero interest rates have been instrumental in the financing of such deals as oil traders are often taking out large loans to finance these storage deals. Bloomberg notes that Shell trading financed its 2016 contango trades with around $1 billion in loaned capital.

Looking forward, the contango could be set to deepen in the next couple of days, as Saudi Arabia asked state-owned oil giant Aramco to ramp up its production capacity from 12 million bpd to 13 million bpd, in what looks like an attempt to flood the markets with even more crude.

As the pain for oil drillers continues to get worse, oil traders are looking to bank profits.

By Tom Kool for Oilprice.com 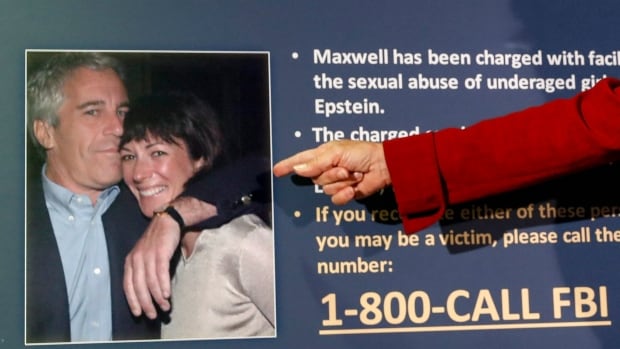 Deutsche Bank AG has agreed to pay $150 million US in penalties to settle charges by a New York state regulator that the bank had “significant” compliance failures in its relationships with the late financier Jeffrey Epstein, Danske Bank Estonia and FBME Bank.

The New York State Department of Financial Services said on Tuesday that the agreement marks the first regulatory enforcement action against a financial institution for dealings with Epstein, the registered sex offender who died by suicide in August 2019.

“For years, Mr. Epstein’s criminal, abusive behaviour was widely known, yet big institutions continued to excuse that history and lend their credibility or services for financial gain,” New York Gov. Andrew Cuomo said in a statement.

It said this led to the bank processing hundreds of transactions for Epstein that should have prompted more scrutiny, including payments to victims, alleged accomplices and law firms representing Epstein and the accomplices.

In the cases of Danske Estonia, which is embroiled in a money laundering scandal, and FBME, New York said Deutsche Bank failed to properly monitor their correspondent and dollar-clearing businesses.

Deutsche Bank Chief Executive Christian Sewing told staff in an internal memo on Tuesday that it was a “critical mistake” to take Epstein on as a client in 2013, just a few years after he had served a sentence in Florida as part of a controversial plea deal.

The bank also acknowledged deficiencies in its monitoring of Danske Estonia and FBME.

“We all have to help ensure that this kind of thing does not happen again,” Sewing said.

Representing 16 of Jeffrey Epstein’s victims, the celebrated women’s rights lawyer, Gloria Allred, speaks to the CBC’s Hannah Thibedeau about the arrest of Epstein’s former girlfriend, Ghislaine Maxwell, on charges that include recruiting and abusing underage girls.   9:04

Epstein was awaiting trial last year on new federal charges of trafficking minors between 2002 and 2005 when he was found dead in a federal jail in New York City.

Ghislaine Maxwell, the socialite accused of luring underage girls so Epstein could sexually abuse them, was arrested last week in New Hampshire.

She is expected to appear by video from the federal Metropolitan Detention Center in Brooklyn on Friday for a court hearing.

Deutsche Bank has been hit with a $150m (£120m) fine for failing to properly monitor its relationship with convicted sex offender Jeffrey Epstein.

Those included payments to Russian models and $800,000 in “suspicious” cash withdrawals.

Deutsche said it “deeply” regretted its relationship with Epstein.

It said it had spent almost $1bn to improve its training and controls and expand its anti-financial crime team to more than 1,500 people.

“We acknowledge our error of onboarding Epstein in 2013 and the weaknesses in our processes, and have learnt from our mistakes and shortcomings,” the bank said in a statement. “Our reputation is our most valuable asset and we deeply regret our association with Epstein.”

New York’s Department of Financial Services said the bank, which worked with Epstein from 2013 to 2018, helped him transfer millions of dollars, including more than $7m to resolve legal issues and more than $2.6m in payments to women, covering tuition, rent and other payments, among other transactions.

“Whether or to what extent those payments or that cash was used by Mr Epstein to cover up old crimes, to facilitate new ones, or for some other purpose are questions that must be left to the criminal authorities, but the fact that they were suspicious should have been obvious to bank personnel at various levels,” the regulator said.

“The bank’s failure to recognise this risk constitutes a major compliance failure.”

The settlement also cited Deutsche’s failures to monitor transactions with the Danske Estonia and FBME Bank adequately, despite having identified risks related to money-laundering at the two institutions.

The fine is the first regulator action against a financial institution for its dealings with Epstein, who died in prison on 10 August as he awaited, without chance of bail, his trial on sex trafficking charges. His death was determined to be a suicide.

But Deutsche has faced multiple penalties for its compliance failures in recent years, including over its failure to stop Russian money-laundering. Its relationship with US President Donald Trump has also brought scrutiny.

In an internal memo, Deutsche Bank chief executive Christian Sewing said it had been a “critical mistake” to accept Epstein as a client and acknowledged past lapses in the lender’s oversight.

“We all have to help ensure that this kind of thing does not happen again,” he said.

Grocery delivery will be available through both Uber’s main app and its Uber Eats app. Customers will see food delivery available from local grocery stores and will be able to receive their orders “in as little as one to two hours,” according to Uber Eats head of product Daniel Danker.

The service is available starting today in 19 cities across Latin America and Canada. Later this month, it will be available in the US, Danker said. And when it launches, it will be included in Uber’s subscription services, Rider Pass and Eats Pass, in which customers can get free delivery on orders over $30.

The announcement also comes on the heels of Uber’s $2.65 billion acquisition of Postmates. Uber is scrambling to expand its food delivery options as the coronavirus pandemic continues to pummel its core ride-hailing business. At the height of the pandemic in April, Uber said its ride-hailing division was down about 80 percent. And now, with the number of cases spiking in many parts of the US, the company’s losses could continue to mount.

“I think this would make a lot of sense in a pre-COVID world,” Danker said in a call with reporters. “But our world has just fundamentally changed. And so this represents even more of a huge responsibility for us.”

It’s not hard to see why Uber is banking so much on food delivery. Bookings in the company’s Uber Eats division were up more than 54 percent year over year, thanks to increased demand for food deliveries, the company reported in May. Meal delivery has seen an acceleration in demand since mid-March, with 89 percent year-over-year gross bookings growth in April excluding India. But the company has also moved fast to abandon its unprofitable markets, recently shuttering its Eats business in eight countries.

Uber is entering a crowded field, with huge companies like Amazon and Instacart jockeying for market share with major grocers like Kroger and Walmart. And it’s not an obvious moneymaker either. Last year, only 3 percent of grocery sales in the US take place online. Sales are certainly increasing during the pandemic — US online grocery revenue hit a record $7.2 billion in June — but customers say they feel hesitant to shop for groceries online for fear of being overcharged or experiencing late deliveries, according to a recent survey.

Cornershop was founded in 2015 in Santiago, Chile. The company was almost acquired by Walmart for $225 million in 2018, but Mexican antitrust regulators ultimately blocked the deal, arguing Walmart could not guarantee a level playing field for its rivals.