VANCOUVER (NEWS 1130) – Despite plans in Quebec to introduce a COVID-19 vaccine passport, B.C.’s health minister remains reluctant to do the same.

Quebec Premier Francois Legault has said his province will introduce a vaccine passport system to prevent a fourth wave, with details expected in the coming days.

“People who have made the effort to get their two doses should be able to live a somewhat normal life, having access to all activities, including non-essential ones,” Legault said in explaining the vaccine passport plan, which is expected to require proof of vaccination to enter places such as gyms and bars in Quebec, where COVID-19 transmission is high.

When asked Thursday whether there was any interest in B.C. to bring in such a program, Health Minister Adrian Dix said his focus is on getting more people vaccinated and easy access to their personal immunization records.

He did not directly support nor denounce the idea of barring people from certain activities if they are not vaccinated against COVID-19 and instead pointed to previous announcements that there will be strict rules when it comes to health care workers and COVID-19 immunizations.

“No, you are not obliged to get vaccinated in B.C. or anywhere else in Canada [but] there are consequences if you don’t, and I think everyone will have to understand that,” Dix said.

“It will be increasingly necessary in many in many workforces in many forms work, particularly in health care, to be able to demonstrate that you’re vaccinated because there will be consequences if you’re not,” he later added.

However, he didn’t close the door to the idea, saying “we are pursuing all options to address the transmission of COVID-19 and we’re looking at all those options.”

Cases across the province have been on the rise, with 342 recorded on Wednesday. That’s the highest figure we have seen in over two months. The highly contagious Delta variant has been a big concern and one of the reasons B.C. has been ramping up efforts to make it convenient for people to get vaccinated against the virus.

Provincial Health Officer Dr. Bonnie Henry says there have been cases of the Delta variant found in children under the age of 12. While she did not provide any statistics, she maintained there haven’t been “very many.”

“What we are not seeing is increased rates of transmission in young children and children under 12, in particular. We’ve not seen very many cases in that age group,” she said.

Henry cautions changes will have to be made if hospitalization numbers spike and focus remains on preventing deaths, severe illness and keeping people working/kids going to school.
She says models show what’s important and immunization makes a difference to manage cases. #bcpoli

The number of British Columbians hospitalized with COVID-19 and in the ICU have also been on the rise, standing at 55 and 23 as of Wednesday.

“We look at the Interior [where] all of the people who are ICU right now — and there are some younger people who have had quite severe disease — are unvaccinated,” Henry told NEWS 1130 on Wednesday.

Henry said despite the rising daily COVID-19 numbers, “we absolutely are on track” to enter stage 4 of B.C.’s reopening plans in early September.

“I’m confident that we’re going to be in a good place here in B.C.,” she said Wednesday, noting that could change if those who are vaccine hesitant remain that way.

According the province’s re-opening plans, Sept. 7 is the earliest date we could enter stage 4, where masks go from recommended to being a personal choice, we return to normal social contact, and concerts would be allowed again.

The province now stands at 81.7 per cent of eligible British Columbians having at least one dose of a COVID-19 vaccine and 68.4 per cent having two doses. But Henry warns we’re not out of the woods yet.

“This virus is not gone, and we’ve seen that with the increasing cases that we’ve seen in the last few weeks, particularly in the Central Okanagan, where we see that this virus can take off easily,” she said.

Dix says 33,277 shots were administered Wednesday, 16,505 of which were at one of more than 50 walk-in clinics that were set up for “Walk-In Wednesday.” Dix called it a “success,” noting 20,000 doses were set aside for the one-day event.

Of all the shots administered Wednesday, 6,130 were first doses.

“This represents, I think, the effort to assist people in walking in to get their shots and focusing on first doses,” Dix said, adding “16,505 of those were walk-ins, significantly more than we usually get.”

With files from Lucas Casaletto 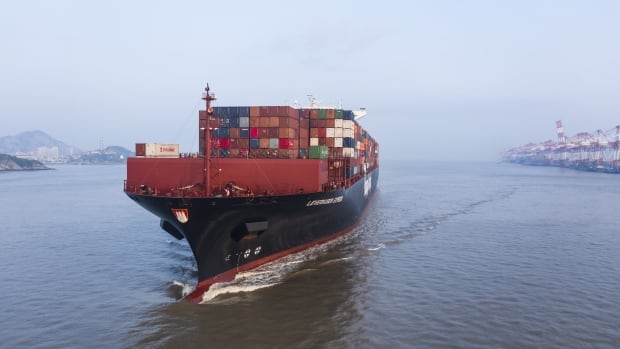 Canada’s trade surplus swung to its widest point since 2008 in June as exports of products like oil surged while imports shrank.

Statistics Canada reported Thursday that exports surged by 8.7 per cent to $53.8 billion. Energy led the way with exports rising by 22 per cent to $11.3 billion. That’s the largest amount since March of 2019.

Cars and car parts were also up, by 14.9 per cent, as were metal and non-metallic minerals, which rose by 12.7 per cent.

All in all, Canada exported $4.3 billion more goods and services to the world in June than it did the previous month. That’s the biggest monthly increase on record, if 2020’s volatile numbers are stripped out.

While Canada was shipping more goods and services to the rest of the world, it was also buying less.

Imports fell one per cent to $50.5 billion as consumer goods fell by 3.7 per cent.

“This category was weighed down by a decline in clothing, footwear and accessories, which Statcan noted was in part due to restrictions in some parts of the country and port disruptions in Asia related to COVID-19 outbreaks,” TD Bank economist Rishi Sondhi said.

Imports of cars and car parts, meanwhile, fell by 3.8 per cent.

One type of good that Canada imported a lot more of, however, was vaccines. Imports of vaccines rose by 74.5 per cent in the month to $745 million. That’s 21 times higher than the amount of vaccines that Canada was importing the same month a year ago, before the country’s COVID-19 vaccination effort ramped up.

Almost all of Canada’s trade surplus came from dealings with the U.S.

Canada posted a surplus of $8.3 billion with the U.S. for the month. With the rest of the world, however, Canada continues to have a trade deficit, although that deficit shrank to $5.1 billion, resulting in a total trade surplus of $3.2 billion.

“Canada’s merchandise trade balance has posted surpluses in four of the first six months of the year, boosted by strong demand arising from U.S. re-openings and the rise in commodity prices,” Bank of Montreal economist Shelley Kaushik said.

“Looking ahead, expect imports to recover as the economy reopens, while still-strong energy prices and U.S. growth should continue to support exports.”

Moderna Inc. said on Thursday its COVID-19 shot was about 93 per cent effective through six months after the second dose, showing hardly any change from the 94 per cent efficacy reported in its original clinical trial.

However, it said it still expects booster shots to be necessary ahead of the winter season as antibody levels are expected to wane. It and rival Pfizer Inc and BioNTech SE have been advocating a third shot to maintain a high level of protection against COVID-19.

During a second-quarter earnings call, Moderna CEO Stephane Bancel said that the company would not produce more than the 800 million to 1 billion doses of the vaccine that it has targeted this year.

“We are now capacity constrained for 2021, and we are not taking any more orders for 2021 delivery,” he said.

The Moderna data compares favorably to that released by Pfizer and BioNTech last week in which they said their vaccine’s efficacy waned around six per cent every two months, declining to around 84 per cent six months after the second shot.

Read more:
Germany, France will give COVID-19 vaccine boosters despite WHO call for pause

Both the Moderna and Pfizer-BioNTech vaccines are based on messenger RNA (mRNA) technology.

“Our COVID-19 vaccine is showing durable efficacy of 93 per cent through six months, but recognize that the Delta variant is a significant new threat so we must remain vigilant,” Bancel said.

The comment comes as public health officials across the world debate whether additional doses are safe, effective and necessary even as they grapple with the fast-spreading Delta variant of the coronavirus.

Meanwhile, Pfizer is planning to seek authorization for a third shot later this month, and some countries like Israel have begun or plan to start administering a booster shot to older or vulnerable people.

It said neutralizing antibody levels following the boost approached those observed after the second shot.

For this year, Moderna has signed vaccine contracts worth $20 billion in sales. It has agreements for $12 billion in 2022, with options for another roughly $8 billion in sales and expects to produce between 2 billion and 3 billion doses next year.

The company, however, has not been able to keep pace with the much larger Pfizer, which expects to manufacture as many as 3 billion doses this year and 2021 sales to top $33.5 billion.

The company expects to finish its submission for full approval with the U.S. Food and Drug Administration this month.

It posted second-quarter sales of $4.4 billion, slightly above expectations of $4.2 billion drawn from 10 analysts polled by Refinitiv. Its COVID-19 shot is the firm’s first authorized product and sales were just $67 million a year earlier.