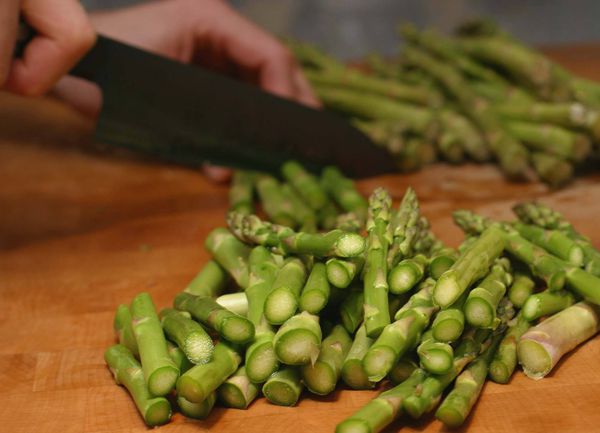 The health benefits of consuming enough vitamins C and D, calcium and iron are well-known. These nutrients support our immune system, build and maintain strong bones and, in the case of iron, allow our cells to produce energy.

You might not give much thought, however, to vitamin K. But you should.

This fat-soluble vitamin occurs in two forms. Our main dietary source comes from a compound called phylloquinone, or vitamin K1. It’s plentiful in green leafy vegetables, like spinach and kale, and some vegetable oils.

The other type, vitamin K2, is a family of compounds called menaquinones. You’ll find K2 in meat, dairy, eggs and fermented foods including cheese and natto (fermented soybeans).

Vitamin K’s most famous role is helping our blood clot normally. Scientists are learning, though, that the nutrient has important roles beyond blood clotting.

Studies suggest that consuming too little vitamin K may harm your bones as you age. That’s because vitamin K activates important proteins in the body that build and strengthen bones.

Research from Japan, where vitamin K2-rich natto is a traditional dish, found that postmenopausal women who consumed natto every day, versus not at all, had a significantly slower rate of bone loss over three years.

A recent Danish study, published in August, found that among 53,000 adults who were followed for 23 years, those who consumed the most vitamin K1 (192 mcg per day) – versus the least (57 mcg) – were 21 per cent less likely to be hospitalized for cardiovascular disease related to atherosclerosis (such as plaque build-up in the arteries). Higher intakes of vitamin K2 were also protective.

Vitamin K activates a specific protein that inhibits vascular calcification, a risk factor for heart disease and stroke. Vascular calcifications are calcium deposits on the walls of blood vessels that cause narrowing and reduced blood flow. Vitamin K may also reduce inflammation in the body.

How much, which foods?

The adequate intake (AI) for vitamin K, established in 2001, is based on the amount consumed by healthy people. The daily AI for vitamin K is 90 mcg for women and 120 mcg for men. It’s unknown whether this amount is optimal for bone or heart health.

The best sources of vitamin K1 are green leafy vegetables. For every one half-cup cooked, you’ll find 445 mcg in spinach, 286 mcg in Swiss chard, 386 mcg in collard greens, 246 mcg in kale and 110 mcg in broccoli.

For every one cup raw, kale delivers 472 mcg of K1, spinach has 145 mcg and romaine lettuce provides 45 mcg. If you like tabbouleh, one quarter-cup of chopped parsley contains 246 mcg. A tablespoon of olive and canola oil each provide 10 and 8 mcg of K1, respectively.

Natto is an excellent source of vitamin K2, supplying 850 mcg for every three-ounce serving. Small amounts of K2 are in cheese, eggs, liver, meat, poultry and fish.

You’ll improve absorption of vitamin K by including a source of fat in your meal such as oil, avocado, nuts or seeds.

If you take warfarin, a prescription anticoagulant used to prevent blood clots, it’s necessary to eat a consistent amount of vitamin K each day. Any big changes in vitamin K intake can interfere with warfarin’s ability to thin the blood.

Do you need to supplement?

There’s limited and weak evidence that vitamin K1 or K2 supplements benefit bone health. While emerging data from small trials on supplementation and heart health is promising, at this time there isn’t strong evidence to support the need to take a separate vitamin K supplement.

To get your vitamin K, eat leafy greens every day. A multivitamin can also support your diet.

Leslie Beck, a Toronto-based private practice dietitian, is director of food and nutrition at Medcan. Follow her on Twitter @LeslieBeckRD

Sign up for the weekly Health & Wellness newsletter for the latest news and advice.

WINNIPEG — A Manitoba mother says a routine appointment for her and her three-year-old to get flu shots ended in frustration and mixed messages after they were each mistakenly given an adult dose of a COVID-19 vaccine.

Jenna Bardarson is calling for policy changes at the province’s vaccination centres to make sure that doesn’t happen to another family.

The shots were administered on Nov. 24 at the Keystone Centre in Brandon.

Bardarson says that shortly after she and her daughter, Dali, got their shots, the health worker who had given them excused herself to speak with a supervisor. When the worker returned, she told them she had made a mistake and given them both the adult Pfizer-BioNTech vaccine.

“I was shocked. I didn’t know what to say. My immediate concerns were, of course, would my daughter be OK and also who could I speak to about this,” Bardarson said in online social media messages Friday to The Canadian Press.

Once she got home, Bardarson made multiple calls to different departments with the regional medical authority, hoping to speak with someone about the error and her concerns, she said.

She said no one was able to provide her with the answers or information she needed. “The conversations with various Prairie Mountain Health members have been frustrating, to say the least.”

Bardarson said she already had two doses of a COVID-19 vaccine and was due for her booster shot next month. Her daughter is too young to be eligible.

Health Canada last month approved a pediatric version of the Pfizer shot for children ages five to 11, but it has not yet approved a vaccine for those under five.

Manitoba Health confirmed the mistake in a statement and said staff from Prairie Mountain have reached out to the mother to discuss what happened as well as to provide an update on an investigation.

“Patient safety is a critical aspect of all health-care services in Manitoba. We are constantly reviewing our processes to ensure that our systems support our staff in preventing errors,” it said.

“In this case … our team reviewed the existing processes to make adjustments that would help avoid a similar error from occurring in the future.”

Bardarson said the health region has not provided her with updated information on the investigation and would not discuss any consequences the health worker may have faced.

Manitoba Health said no further action would be taken against the worker, because she immediately recognized the error and told a supervisor.

For Bardarson, that’s not enough.

“I by no means want her fired; however, there should be some sort of measures in place for harm reduction.”

Bardarson suggested taking away the worker’s injection privileges or enhanced supervision during vaccinations.

She said she would also like to see areas at vaccination centres separated by vaccine types, instead of having different vaccines offered in the same booth.

Manitoba Health could not say if others have been given a COVID-19 vaccine by mistake, but acknowledged that medication errors, although rare, do occur. It added that Bardarson was provided with information about the risks of the COVID-19 vaccine, which in this case it says are low.

Health Canada said it is not in charge of immunization monitoring and could not comment on whether similar mistakes have occurred in other parts of the country.

The story was produced with the financial assistance of the Facebook and Canadian Press News Fellowship.

COVID-19 vaccine makers have contingency plans to deal with the Omicron variant that include a combination vaccine against the original version and the variant as well as a variant-specific booster dose, a top U.S. health official said on Friday.

“One is to rev up the production of the vaccines that they already have. The next is to make, for example, a bivalent, where you have the vaccine against both the ancestral strain and the new variant, and the other is to make a variant-specific boost,” said Fauci.

“They are now assuming they may have to do that and are being prepared for that,” he added.

Data from a National Institutes of Health study strongly suggest that existing boosters provide cross protection against a number of variants, including Omicron, Fauci said.

“Although we haven’t proven it yet, there’s every reason to believe that if you get vaccinated and boosted that you would have at least some degree of cross protection, very likely against severe disease, even against the Omicron variant.”

The U.S. Centers for Disease Control and Prevention is working with local authorities to investigate suspect cases of the Omicron variant in states other than those where cases have already been reported, Director Rochelle Walensky said at the briefing.

There have been cases of Omicron detected in about 40 countries, she said, but the Delta variant remains the dominant strain in the United States.

“I know that the news is focused on Omicron. But we should remember that 99.9% of cases in the country right now are from the Delta variant. Delta continues to drive cases across the country, especially in those who are unvaccinated,” she said.

The U.S. health regulator has added its strictest warning to the labels of drugs from Pfizer, Eli Lilly and AbbVie belonging to a class of anti-inflammatory treatments called JAK inhibitors, citing risk of serious health issues and death in patients 50 and over, the drugmakers said on Friday.

The addition of the warning on the labels follows the agency’s review of Pfizer’s Xeljanz after initial results from a February trial showed an increased risk of serious heart-related problems and cancer in some patients being treated with the drug.

Xeljanz, which brought in worldwide sales of $2.44 billion for Pfizer in 2020, is approved in the United States for the treatment of conditions including rheumatoid arthritis, psoriatic arthritis and ulcerative colitis – an inflammatory bowel disease.

AbbVie’s rheumatoid arthritis drug Rinvoq and Pfizer’s Xeljanz are now recommended for use only in patients, who have had inadequate response or intolerance to one or more TNF blockers, which are another class of drugs used against inflammatory conditions.

The Food and Drug Administration’s boxed warnings on the labels of Rinvoq , Xeljanz and Lilly’s Olumiant flags the risk of cardiovascular death and stroke in high-risk patients who are aged 50 and above, and are current or past smokers.

Additional information about the risk of some types of cancer and death was also added to their labels.

The marketing applications for Rinvoq’s expanded use in atopic dermatitis, psoriatic arthritis, ankylosing spondylitis and ulcerative colitis remain under review by the FDA, AbbVie said.