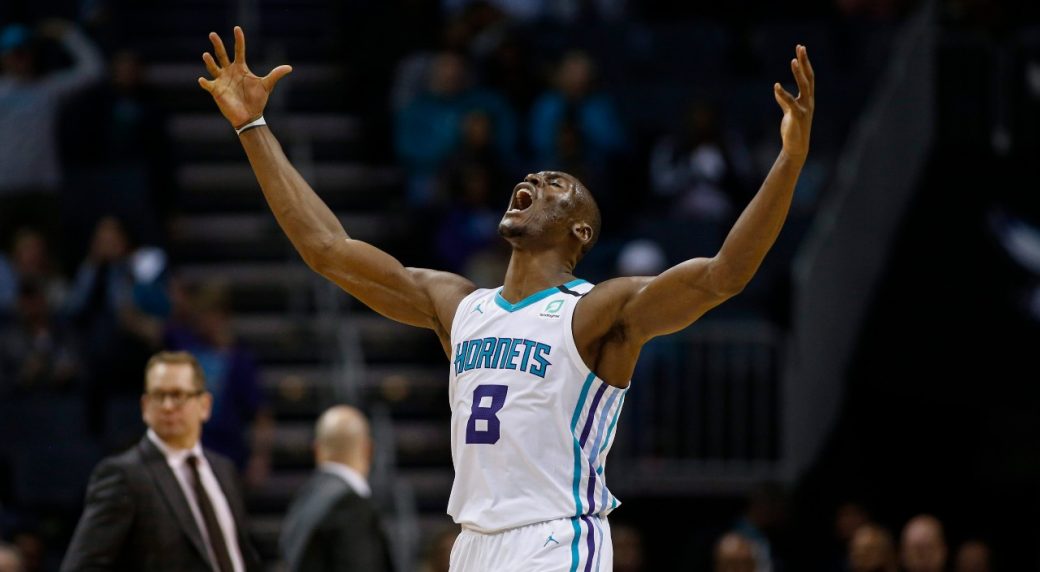 The second day of free agency proved to be a very eventful one for the Toronto Raptors and their fans.

The reports coming out around lunchtime Saturday that Fred VanVleet was re-signing with Toronto had people veritably giddy on Twitter, both happy that VanVleet got the payday he deserved and because it didn’t completely break the bank for the Raptors, allowing them to keep their ambitious plans for the 2021 off-season intact.

However, about 11 hours later, that joy turned into melancholy as it was then reported that Serge Ibaka would be reuniting with Kawhi Leonard and heading to the Los Angeles Clippers.

Ibaka was one of the most popular members of the Raptors, turning himself into an engaging personality thanks to his active social media channels and YouTube page that saw him become a fashion icon, a celebrity chef and a comedian.

But as much as Ibaka will be missed for his endeavours off the court, on it is where the Raptors might really be in trouble without him.

VanVleet was unquestionably the Raptors’ top free-agent priority, but speaking strictly in terms of team depth, Toronto would’ve been OK had he decided to take his talents elsewhere, particularly after the club selected Malachi Flynn in the first round of Wednesday’s draft.

On the other hand, when looking at Toronto’s centre depth, with Ibaka gone and Marc Gasol also a free agent, the only players who fit in there are Dewan Hernandez and Chris Boucher — who is currently a restricted free agent but is likely to return.

That’s rather problematic for the Raptors, and even if you want to argue that the league is going small anyway, you’d still like to have someone who can start at the five for you, and neither Hernandez nor Boucher seem like they’re ready for that just yet.

Thus, it’s now rather important that Masai Ujiri, Bobby Webster and Co. go out and try to find a centre in the free agent market.

As this year’s free agency has shown, the market for centres is at about the full non-tax-payer mid-level exception (a starting salary of about $9.25 million), but if the Raptors don’t mind paying the luxury tax this season, they would have the room to go beyond that — something that could help them in their pursuit of starting-quality big men.

There are options to be had out there for the Raptors, and here are nine they may want to consider.

Probably the best option still available, Baynes is tough as nails, sets elite screens and even appeared to add a three-point shot to his game in what was a career year last season with Phoenix.

He may be a player slightly out of the Raptors’ price range, but the heart and hustle he plays with would make him an instant fan favourite if he were to join Toronto.

An actual fan favourite, Biyombo hasn’t been able to recapture the magic he had with the Raptors in the four seasons since he left Toronto in free agency.

Biyombo, no doubt, would make the Raptors stronger defensively, but his inability to shoot the ball may not make him the most attractive option.

An athletic rim-running big, Cauley-Stein is a pretty good player, but he offers little in the way of versatility.

With his athleticism, he should be a better defender than he actually is, and he flat-out can’t shoot threes. And while he’s aware of what his game is and doesn’t take them, the skills he brings to the table may seem too comparable to those of Boucher’s, minus the outside shooting potential.

A sexy name, Cousins is a four-time all-star but has seen his career derailed by injury, playing just 95 games over the past four seasons and missing all of 2019-20 with an ACL issue.

At one point, Cousins was one of the best centres in the league, but after enduring so many injuries and having to go through all that rehab, it’s difficult to say what kind of player he may be now.

With that said, he could likely be had at the veteran minimum and if he’s anything close to the “Boogie” of old, then the Raptors would be hitting the jackpot.

Sometimes the simplest solutions are the best ones, and in the case of the Raptors, they might be able to solve this particular problem if they can convince Gasol to return.

According to ESPN’s Adrian Wojnarowski, they — plus at least the Golden State Warriors — are in pursuit of Gasol at the moment.

There was understandably a lot of attention paid to the idea that the Raptors had to re-sign Ibaka, and that’s probably because while Ibaka had arguably his best season as a pro, Gasol may have just had his worst.

Gasol will be 36 near the end of January and his skills very well may have outright diminished, but coming off the NBA and FIBA championship in the summer of 2019 into last season, something always seemed off with Gasol, so there’s a chance 2019-20 was an anomaly and his game will return to him.

If Toronto can convince him to return at something like the veteran’s minimum (about $2.5 million) or something comparable, it would be worth the risk to find out if he still has more left in the tank.

At one point in his life, Giles was the No. 1 college recruit in the country. He was dubbed as the next great big man until he tore his ACL during his senior year of high school, derailing his development.

Though he doesn’t have the kind of freakish athleticism he featured in high school, Giles can still be an effective rim-runner and rim protector. He’s still only 22 years old coming off his second year in the NBA and there’s a chance there’s some untapped potential there that Toronto’s development staff would be able to draw out.

Kaminsky is a stretch-five who won’t do much for you on the glass or on defence, but he has offensive skill and would likely stand to benefit from getting more three-pointers up to increase his productivity.

He’s not the strongest candidate here for the Raptors, but the ability to shoot the ball, especially when you’re seven feet, will warrant you a look.

Len is an old-school bruising big with little athleticism and a poor outside shooting stroke, but he features plenty of hustle on the boards and, when given a chance, soft hands on the inside.

Len would likely fall outside of who the Raptors would look to target, as they’re an organization that values versatility. A player who’d do better playing in the 90s doesn’t exactly fit that bill.

Still, he’s an option who’s out there, and it’s never a bad idea to keep an open mind.

If the Raptors want rim protection, there are few in the league better than Whiteside, who’s an elite shot-blocker.

He doesn’t offer much in the way of outside shooting skill, nor is he much of a passer, but Whiteside can score the rock when given an opportunity to do so down low. His game would probably look like Jonas Valanciunas’s when he was with the Raptors, with the difference being that Whiteside is a much better defender.

These would all be enticing things for the Raptors, but the question is how expensive might he run them? 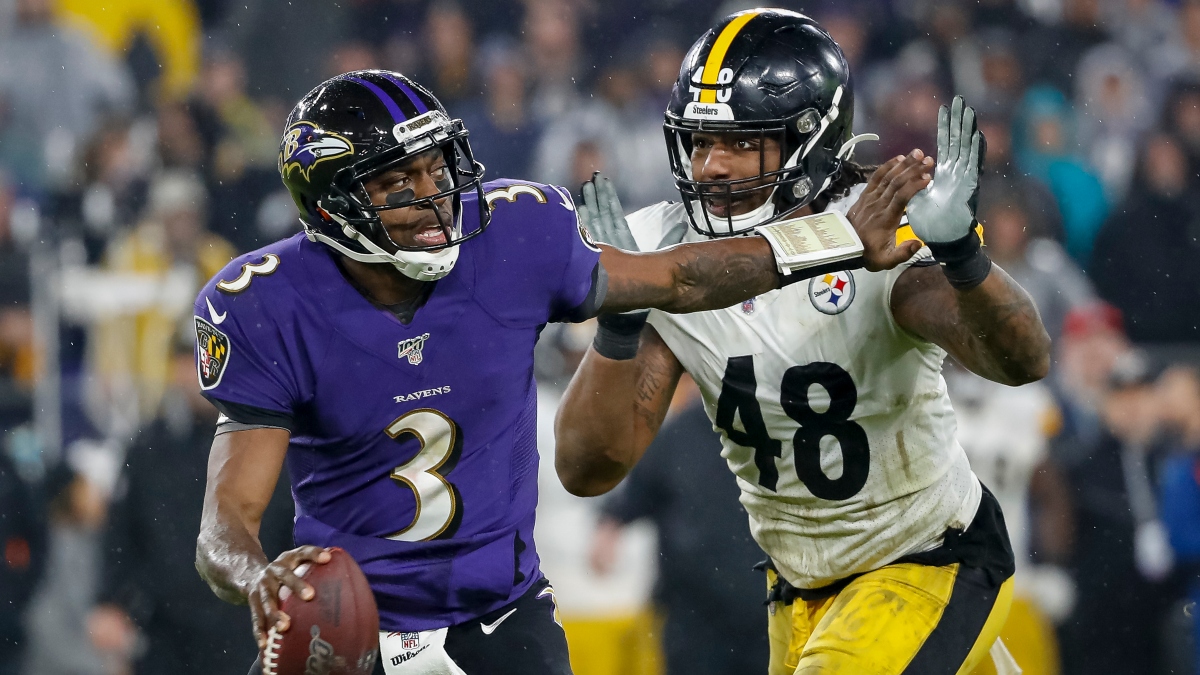 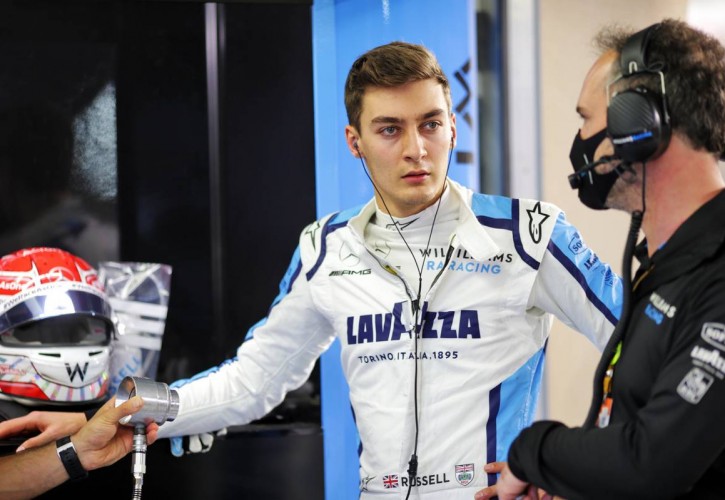 Williams’ George Russell has emerged as the leading contender to replace Lewis Hamilton at Mercedes for next weekend’s Sakhir GP according to multiple reports out of Bahrain.

Talks are apparently ongoing in Bahrain between Mercedes and Williams management to reach an agreement for the Grove-based outfit to release its driver for a one-off with the championship winning outfit following Hamilton’s unavailability after testing positive for COVID-19.

Should the negotiations reach a successful outcome, Williams reserve Jack Aitken, who has yet to race in F1 but who holds a super licence, is Russell’s most likely replacement.

If the talks are not successful, Mercedes is likely to rely on Stoffel Vandoorne to fill Hamilton’s seat, as the Belgian is the Brackley team’s official reserve and is race-ready having wrapped up his campaign in Formula E with the German manufacturer.

While racing for Williams, Russell remains contracted to Mercedes who backed the young Briton and 2018 Formula 2 champion during his formative years.

Williams is likely to demand a financial compensation from Mercedes for releasing its driver, but the prospect of lending Russell to the Black Arrows squad could entail some interesting marketing benefits for the team if the 22-year-old wins next weekend – hardly a far-fetched hypothesis – and then returns to Grove a Grand Prix victor.

SIMMONS: Are Raptors being hypocrites in handling of Terence Davis? – Toronto Sun 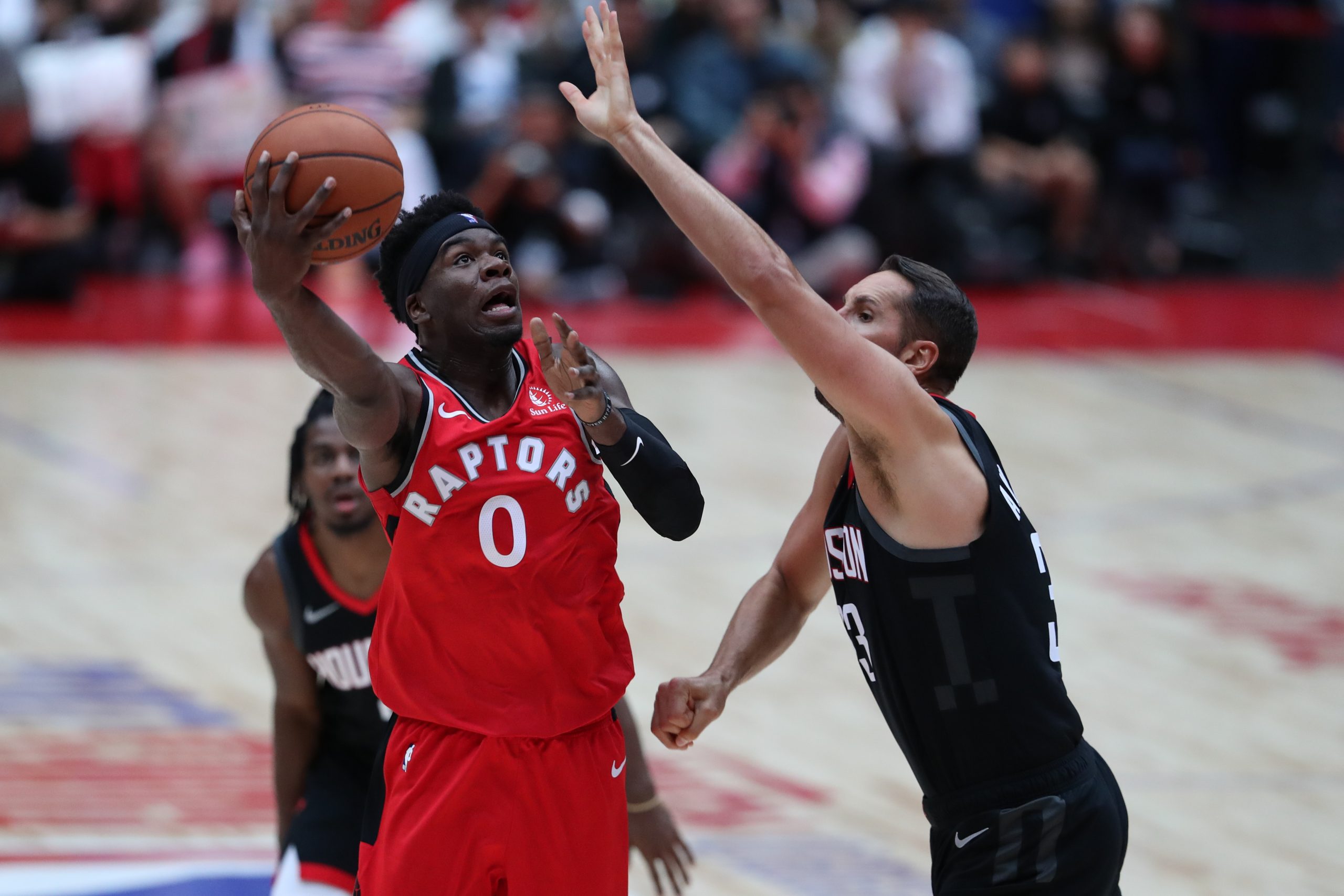 By definition, a person is found guilty of assault in the third degree in New York, if they intentionally or recklessly cause injury to another person or if they are criminally negligent with a weapon.

The Raptors waited a few days after the Davis arrest before making any comment at all. Their initial silence was uncomfortable. Then they released a rather innocuous statement, not really saying anything that mattered. In Webster’s availability on Tuesday he was asked a limited number of questions about the Davis situation, including whether he thought the team was acting hypocritically by bringing him back for his second season.

Webster’s answers weren’t exactly clear — with this proviso, his background is in basketball, not in social matters such as this.

He was clear, though, that in his mind the Raptors had done their due diligence on the matter, which is now in the hands of the NBA and the NBA Players’ Association. “We’ve done as much due diligence as we can,” he said. “That may feel a bit unsatisfying but we need to be respectful of the process.”

No one in Toronto seemed to care much about the process when Osuna won a World Series with the Astros. It wasn’t thought about as a lost opportunity. It was more like: who cares about Osuna anymore?

Most people seemed more pleased that he was no longer associated with Toronto or the Blue Jays.

It’s entirely possible the Raptors won’t play any games in Toronto this season, having been forced to move elsewhere as COVID-19 continues to play havoc with our lives and their lives. And Davis won’t have to worry about crossing the border with legal restrictions of any kind.

Potentially, Davis is another undrafted find for the Raptors, having scored 31 points and 20 points in games last February and having shown great energy and athleticism on the court. He has considerable talent. The basketball court works for him.

B.C. sets record for COVID-19 patients in hospital, ICU, and deaths in a day – Kamsack Times