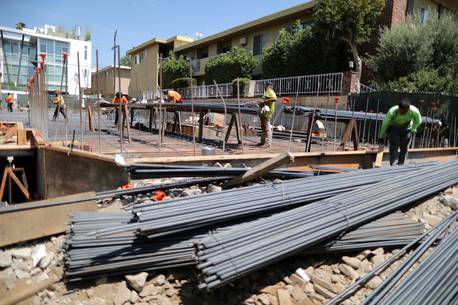 By Howard Schneider and Jonnelle Marte

(Reuters) – The 2010s saw the U.S. economy achieve its longest-ever expansion, with notable milestones such as 110 months of uninterrupted job gains and an unemployment rate near a half-century low becoming easy bragging points for politicians and economists alike.

Yet the obvious data points don’t capture a number of the socio-economic developments – from a soaring number of opioid overdose deaths to record levels of student debt to what and where today’s jobs are. These developments are subtle but they are profoundly shaping the economy and the discourse about it, as the ’20s come into view.

The number of overdose deaths involving opioids doubled in the 2010s and appears to have hit a peak in 2017 at 47,600, which accounted for 68% of all fatal drug overdoses that year, according to the U.S. Centers for Disease Control and Prevention. On top of that, more than 10 million Americans over the age of 12 were found to have misused opioids in 2018, the last year figures were available from the National Survey on Drug Use and Health.

Long recognized as a nationwide health and social crisis, the opioid epidemic has become a growing focus for economists concerned it may be one of the factors behind the decade’s slump in labor force participation among prime-age workers 25-54 years old. While improving since late 2015, participation remains below levels seen in the 1990s.

A soaring stock market and strong job growth have helped make Americans on the whole wealthier than ever, with total household net worth topping $107 trillion versus less than $60 trillion at the dawn of the decade.

But those gains have not be shared evenly. The richest 1% of households account for 32.4% of all wealth, up roughly 4 percentage points from the end of 2009.

The phenomenon is feeding the national political debate, and some Democratic presidential contenders are now pushing for a national wealth tax.

Just as wealth is increasingly harnessed by a few, job opportunities are also concentrated in a handful of places around the country.

Between 2010 and 2017, 40% of all new jobs were created in just 20 cities, with places like Nashville and Portland, Oregon, punching significantly above their relative population weight.

What’s more, an even smaller clutch of five cities – four on the West Coast and one in the East – are gaining effectively all of the new jobs in so-called “innovation” industries seen as essential to future economic success.

What Americans do for a living has changed a lot in the last 10 years.

The evolving needs of an increasingly technology-oriented economy drove rapid growth in many IT jobs, while an aging population was behind a surge in the number of home health workers. Americans’ changing spending habits – increasingly on experiences over things – helped make fitness center jobs among the fastest growing of the decade.

Buying their first home used to be a milestone that many Americans achieved by the time they were 30.

But a shortage of homes for sale is driving up prices and making it harder for younger consumers to break into the market, said Jessica Lautz, vice president of demographics and behavioral insights at the National Association of Realtors.

Student debt loads are also making it more difficult for some borrowers to set aside sufficient cash for a down payment, or to qualify for a mortgage, she said. That helps to explain why the median age of the first-time home buyer ticked up to 33 in 2019 from 30 in 2010, according to the association.

In fact, no category of consumer debt grew as fast in the 2010s as student loans, and serious delinquency rates are more than 10 times higher than for mortgages.

Total balances owed to pay for higher education more than doubled since 2009 to around $1.5 trillion today – equal to nearly 8% of annual U.S. economic output. Nearly 11% of the total outstanding is 90 days or more behind in payments.

Economists and politicians worry it is delaying or crowding out more productive spending, and some fear it may prove to be the “debt bubble” of the future.

Two Years Since the Boom – How Prevalent is Bitcoin in Canada?