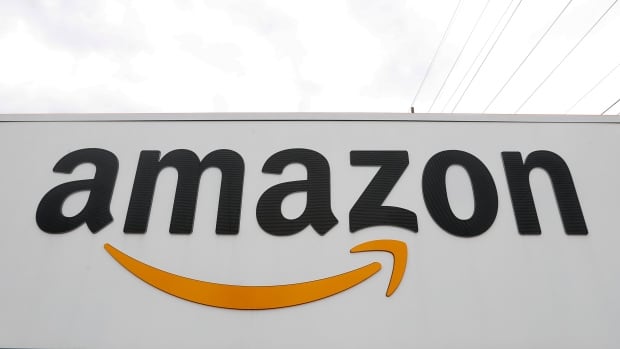 The Teamsters workers’ union has launched campaigns to organize employees in at least nine Canadian facilities of U.S. e-commerce company Amazon.com, according to Reuters interviews with union officials.

The influential union took the first step earlier this week to organize employees at one of Amazon’s Canadian facilities, and the interviews reveal it is widening such efforts across the country, where the e-commerce company employs about 25,000 workers and plans to add 15,000 more.

The campaigns could be seen as a bet by the Teamsters that early success unionizing employees in a more labour-friendly market such as Canada will inspire similar results south of the border, where Amazon has so far fended off unionization attempts.

In the latest challenge to Amazon’s anti-unionization stance, Edmonton’s Teamsters Local Union 362 filed for a vote on union representation at a company fulfilment centre in nearby Nisku late on Monday.

Interviews with Teamsters units in other cities and provinces show that the union’s efforts stretch from British Columbia to southern Ontario.

40% of workers already on board

The Teamsters’ Edmonton unit says it has enough signed cards calling for a union to meet the 40 per cent threshold to require a vote. Two of the union’s units in Ontario and one in Alberta have confirmed they are signing membership cards with Amazon workers.

And two of the five units that confirmed to Reuters that they are organizing said they are running campaigns at multiple sites, bringing the total Amazon facilities involved in some level of organizing to at least nine.

Any locals that have an Amazon facility in their area are doing an organizing campaign, Jim Killey, an organizer with Teamsters Local 879 near Hamilton, Ont., told Reuters.

Amazon did not immediately respond to a request for comment. Earlier in the week, Amazon Canada spokesperson Dave Bauer said in an emailed statement: “As a company, we don’t think unions are the best answer for our employees.”

Unions would prevent the company from changing quickly to meet employees’ needs and represent “the voices of a select few,” he said.

The Teamsters say they can help the workers win better wages and benefits, such as leaves of absence.

Unionization votes in Canada do not have any direct bearing on the United States, but they could raise enthusiasm, said John Logan, a labour professor at San Francisco State University.

Organizing at a place like Amazon requires workers to take a certain amount of risk, Logan said. If they can look to other places and see that that risk has paid off for other workers, then they are far more inclined to do it themselves.

Union members are going to great lengths to connect with Amazon workers, sleeping in their cars to catch the employees after graveyard shifts and forging ties at local churches.

The International Brotherhood of Teamsters, which has more than a million members in the United States and Canada, has made organizing Amazon a top priority, describing it as an “existential threat.”

Amazon does not have any unionized facilities in North America. The Teamsters is one of a handful of unions trying to undertake the daunting task of organizing its vast, high-churn workforce.

Earlier this year, the Retail, Wholesale and Department Store Union (RWDSU) lost a vote to organize workers in Bessemer, Ala., by a more than two-to-one margin. Amazon pushed hard against unionization, and the result is being disputed.

The Teamsters have indicated they will not seek to hold such votes in the United States any time soon, arguing the process is unfairly tilted toward employers.

But in Canada, where labour laws are more favourable, the Teamsters see an opportunity to go straight to the ballot box.

The Teamsters’ Killey said his chapter is campaigning at Amazon facilities in Milton, Cambridge and Kitchener, all traditionally working-class towns just west of Toronto.

“Where we see there is a lot of support, we’re going to go full steam ahead,” said Christopher Monette, spokesperson for Teamsters Canada.

Jason Sweet, president of Teamsters Local 419 in Ontario, said his unit has begun signing cards with workers in the Greater Toronto Area and has formed WhatsApp groups with Amazon workers to keep them abreast of the union’s efforts, delivering updates every 48 hours or so. “We are trying to build relationships from the inside,” he said.

“Our hope is that we can help these workers,” he said. “They certainly can use some help.”

Procter & Gamble Co said on Tuesday it will raise prices of some of its grooming, oral and skin care products in the U.S. to counter higher commodity and freight costs that are expected to take a bigger bite out of its earnings this year.

Shares of the company, which reported lower quarterly earnings, while maintaining its full-year forecasts, were down 2.2% at $139.24.

The latest price increases are in addition to the mid to high single-digit percentage price hikes earlier this year on P&G’s products including Pampers diapers and Always sanitary pads.

The new price hikes are not being implemented broadly, but marked for specific items such as razors and in some sub-categories, CFO Andre Schulten said on a media call. U.S. retailers are aware of the new sticker prices, he added.

Global supply chains are under strain due to factors such as a resurgence of COVID-19 cases in Asia and labor shortages in the United States, leading to a surge in raw material prices that is also squeezing profits at Unilever and Reckitt Benckiser.

On Tuesday, P&G raised its commodity and freight costs impact for this fiscal year to $2.3 billion from $1.9 billion.

“We do not anticipate any easing in these commodity cost pressures, he added.

The Gillette maker said the additional expenses will shave off 90 cents from its full-year earnings per share, compared with a previous forecast of a hit of 70 cents.

P&G kept its full-year forecast for earnings per share growth in the 3% to 6% range and net sales between 2% and 4%, banking on price hikes and higher demand for premium products to help offset the increase in costs.

“We expect pricing to be a larger contributor to sales growth in coming quarters as more of our price increases become effective,” Schulten said.

(Reporting by Uday Sampath and Siddharth Cavale in Bengaluru; Editing by Shounak Dasgupta)

Bill Gates is working with the British government to invest and bring down the cost of new greener technologies to help countries hit net-zero emission targets by 2050.

Speaking at a Global Investment Summit alongside Prime Minister Boris Johnson, Gates said investment was needed to further develop new technologies that were currently too expensive for the consumer market.

Gates said he would work with the UK to identify which projects should be backed, and that he expected at least one of the projects to be ready to scale up in the next five years.

“We will scale those up and bring down that cost, so we’ll get these to the same place we are today with solar and onshore wind, and so they can be scaled up to reduce emissions,” he said.

Gates, the co-founder of Microsoft, made the commitment through his Breakthrough Energy Catalyst which brings together a coalition of private investors who want to back innovation to tackle climate change.

Britain has already pledged at least 200 million pounds to the development of new UK projects, and investors and businesses in the Gates project will match that sum.

The first U.S.  bitcoin futures-based exchange-traded fund began trading on Tuesday, sending bitcoin to a six-month high and within striking distance of its all-time peak, as traders bet the ETF could boost investment flows into cryptocurrencies.

The ProShares Bitcoin Strategy ETF began trading on Intercontinental Exchange Inc’s NYSE Arca on Tuesday under the ticker BITO after being greenlighted by the U.S. Securities and Exchange Commission.

Bitcoin futures have been overseen by the Commodity Futures Trading Commission for four years and ETFs – securities that track an asset and can be bought or sold on a stock exchange – are regulated by the SEC, offering some level of investor protection, SEC chair, Gary Gensler, said on Tuesday.

“Yet it’s still a highly speculative asset class and investors should understand that underneath, there is the same volatility and speculation,” he told CNBC.

Known throughout its 13-year life for its volatility, bitcoin has risen by some 40% this month on hopes the advent of bitcoin ETFs – of which several are in the works – will see billions of dollars managed by pension funds and other large investors flow into the sector.

“It has traded tightly, within a penny of fair value pretty much all morning, so it’s part of the ecosystem,” said Dave Nadig, chief investment officer and director of research at ETF Trends.

The ETF had traded around $500 million worth, notionally, by late morning, which is “about what we would expect for a media-darling first launch in the space,” he said.

Much of BITO’s initial volume appeared to be from retail investors, as there were only four block trades, above 10,000 shares, all morning, Nadig said.

Nasdaq Inc on Friday approved the listing of the Valkyrie Bitcoin Strategy ETF, and Grayscale, the world’s largest digital currency manager, plans to convert its Grayscale Bitcoin Trust into a spot bitcoin ETF, the company confirmed.

Crypto ETFs have launched this year in Canada and Europe amid surging interest in digital assets. VanEck and Valkyrie are among fund managers pursuing U.S.-listed ETF products, although Invesco on Monday dropped its plans for a futures-based ETF.

The SEC has yet to approve a spot bitcoin ETF.