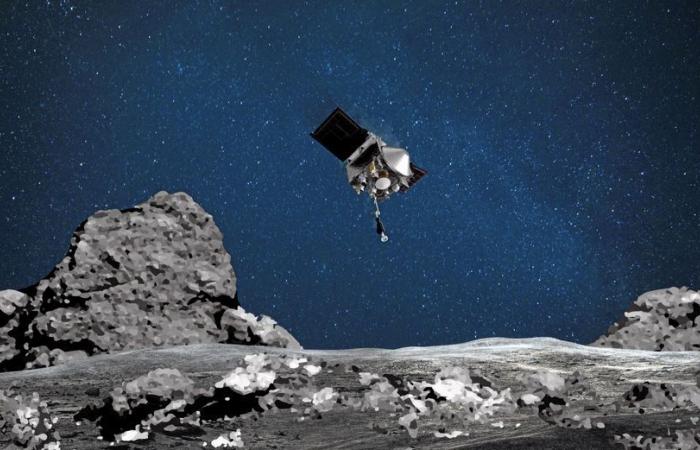 Cis this week that we will know more – although, in fact, it may not be until September 2023, when he returns, that we will have all the answers to the most important questions: how many grams of asteroid Bennu will the probe bring back to Earth?

Already, the maneuver was almost unprecedented: gradually approach the space probe of this cosmic pebble barely 500 meters wide (around which it has been circling since December 2018), so that its arm touches the ground and, at the same time, “breaths”. Very loud – a powerful jet of nitrogen – causing a large amount of dust to rise. It happened on October 20, and the engineers at NASA estimated that with any luck, they had collected 60 grams of that Bennu dust.

On October 23, however, it turned out that they probably had 400 grams of it – but a few misplaced fragments were preventing the compartment from closing. And suddenly, if nothing is done to close this door, with each sudden maneuver of the probe, a few grams of matter will be lost in space.

While waiting to decide on the most judicious action to take to close the door, the engineers pushed back the maneuver that was to send Osiris-Rex back into orbit around the asteroid: because in microgravity, a little blow of retro rockets to slowing down is more than enough to blow up a quantity of dust inside the container, some of which will find its way out.

Note that if we say that the maneuver is “almost” new, it is because the Japanese space agency has already had two similar missions: its Hayabusa probe grazed the surface of an asteroid in 2005, and brought back a sample in 2010… representing less than a milligram of dust. Which was still enough for a fine analysis to conclude that such asteroids, formed closer to the Sun at the dawn of the solar system, could potentially have brought water to Earth. Hayabusa 2 grazed another asteroid in 2018-2019, Ryugu, and is on its way to Earth with its precious cargo.

To cross Earth’s orbit in September 2023, Osiris-Rex must leave Bennu’s vicinity in mid-2021. Upon arrival, she will drop a small capsule inside which will be – hopefully -on – this dust from afar.

*We just want readers to access information more quickly and easily with other multilingual content, instead of information only available in a certain language.

*We always respect the copyright of the content of the author and always include the original link of the source article.If the author disagrees, just leave the report below the article, the article will be edited or deleted at the request of the author. Thanks very much! Best regards!

16 Psyche: Hubble reveals more about asteroid thought to be worth more than global economy – CTV News

Once in a blue moon – full on Halloween; and clocks go back too – countylive.ca 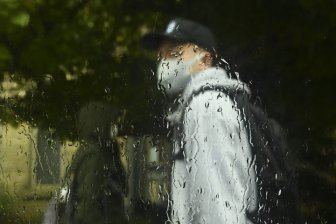 The National Science Foundation (NSF) has released new footage of the collapse of the Arecibo telescope platform in Puerto Rico.

The 57-year-old radio telescope suffered major damage in August when one of the cables supporting the platform snapped. Another cable snapped in early November.

Then, on Tuesday, the entire platform came crashing 122 metres onto the dish below.

“We are saddened by this situation but thankful that no one was hurt,” NSF Director Sethuraman Panchanathan said in a statement. “When engineers advised NSF that the structure was unstable and presented a danger to work teams and Arecibo staff, we took their warnings seriously.”

Arecibo has also been featured in movies such as Contact and the James Bond film GoldenEye.