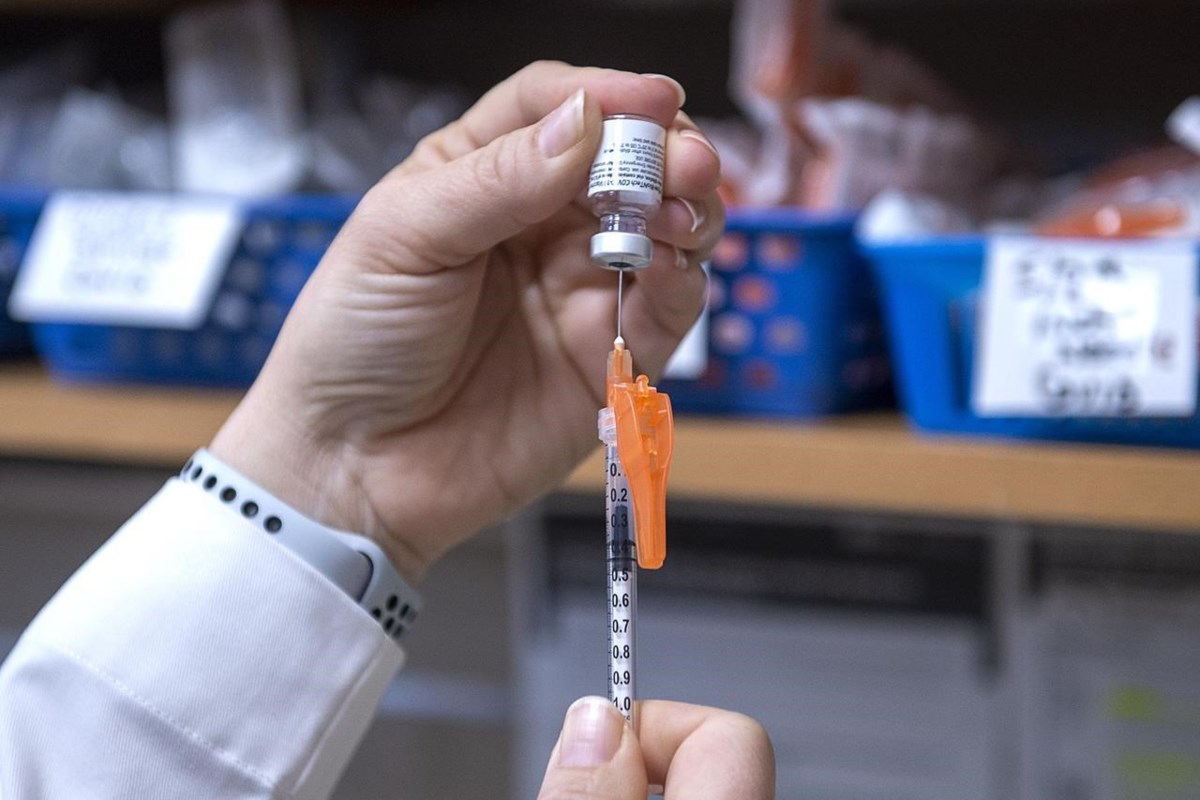 VICTORIA — British Columbia’s premier and health minister refused to directly answer questions Wednesday about the government’s contract with Telus, the provider whose call centres for COVID-19 vaccine appointments got off to a chaotic start.

The Opposition Liberals repeatedly asked Premier John Horgan and Health Minister Adrian Dix during question period to release the contract and to provide basic information including its monetary value and the number of staff promised to the centres.

Both Horgan and Dix did not provide specifics, but instead repeated earlier remarks that Monday was a “bad day,” when Vancouver Coastal Health was only able to book 369 appointments, but that steps have been taken to improve the situation.

“People have bad days all the time,” Horgan said. “I’m fairly confident that Wayne Gretzky didn’t score in every game he played in, but he kept getting on the ice and doing the best he could. That’s exactly what we did in Vancouver Coastal Health.”

The health authority was the only one that did not have a backup call centre to the system provided by Telus. More staff were added and 4,000 appointments were booked in Vancouver Coastal on Tuesday and 2,500 more as of 1 p.m. Wednesday, Dix said.

Telus apologized for the performance of the call centres on Monday, when residents 90 and up and Indigenous people over 65 became eligible to book appointments, but many experienced repeated busy signals and messages telling them to call back later.

The company has said it was asked to provide 156 agents to answer calls at all times across the province, and it increased that number to 250 by Tuesday afternoon.

The Opposition Liberals said only 33 call-takers were originally assigned to Vancouver Coastal — the second-largest authority in the province.

The Liberals asked why the government thought it would be an adequate level of staff as well as who signed the contract and when.

Liberal Renee Merrifield, a member of the legislature for Kelowna-Mission elected last fall, called on the premier to take full responsibility for the “botched” rollout of the system.

“I fully appreciate that accountability ends with me,” Horgan said. “If that doesn’t meet the bar set by the newly minted member for Kelowna, I apologize to her as well.”

Dix said that 35,500 appointments have been booked over the past three days. He has previously said about 54,000 people are eligible to book this week.

He said each health authority signed an agreement with Telus to provide call centre capacity under a long-standing master agreement with the company.

“It’s natural that we would turn to an outstanding provider such as Telus to do this,” Dix said.

The minister added that Telus president Darren Entwistle has “personally” driven the effort over the past two days to make things right.

B.C. reported 531 new cases of COVID-19 on Wednesday and one new death, for a total of 1,394 people who have died from complications of the virus in the province.

There have been 51 new cases of variants of concern. Of the 627 variant cases, 580 are the strain identified in the United Kingdom, 33 are the variant detected in South Africa and 14 are linked to Brazil.

The province confirmed it has started to receive supplies of the Oxford-AstraZeneca vaccine, which will assist with outbreak response in communities and high-risk industries.

There have been two COVID-19 outbreaks in long-term care homes where most residents and staff were vaccinated, which experts say is a reminder of the limits of immunization.

Fraser Health said Tuesday that one resident and one staff member tested positive for COVID-19 at Fleetwood Place, a long-term care facility in Surrey where 88 per cent of residents had been vaccinated.

The outbreak followed one declared Sunday at the Cottonwoods Care Centre in Kelowna, where 11 residents and two staff members tested positive despite 82 per cent of residents being immunized.

Some of the cases at the Kelowna care home are in people who received two doses of the vaccine, provincial health officer Dr. Bonnie Henry said earlier this week.

Henry said vaccines are effective at preventing severe illness and death, but they don’t necessarily stop all transmission, so masks and physical distancing remain important.

Dr. Sue Pollock, Interior Health medical health officer, said in a statement eight of the cases had at least one dose, and five were not immunized for a variety of reasons.

Some of the vaccinations only happened recently and it can take two to three weeks to build up immunity, she said.

“Among the current cases, all of the individuals are doing well. We are monitoring them all and doing testing to detect anyone else who may be infected.”

Pollock said the vaccine is being offered again to all staff and residents who may not have had it the first time and some who were hesitant before will accept it now.

No variants of concern have been identified, she added.

Horacio Bach, a University of British Columbia infectious diseases expert, said older people’s immune systems may take longer than three weeks to produce antibodies or may not produce them at all.

Bach said no vaccine prevents illness 100 per cent of the time, but the COVID-19 shots have been proven to be safe and very effective against serious illness and hospitalization.

— By Laura Dhillon Kane in Vancouver

This report by The Canadian Press was first published March 10, 2021.

TORONTO (Reuters) – New cases of COVID-19 in Canada‘s most populous province could rise more than six fold, topping 30,000 per day by early June if public health measures are weak and vaccination rates remain flat, a panel of experts advising the province of Ontario said on Friday.

Even if measures to control the virus are “moderate,” the number of patients in Ontario ICUs could reach 2,000 in May, up from 695 on Friday.

The College of Physicians and Surgeons of Ontario told doctors last week they may soon have to decide who can and cannot receive intensive care.

The delays, first announced on Friday when Canada said Moderna would be delivering only about half the planned 1.2 million doses by the end of April, come as Switzerland’s Lonza ramps up three new production lines to make active ingredients for Moderna vaccine supplies outside of the United States.

“The trajectory of vaccine manufacturing ramp-up is not linear, and despite best efforts, there is a shortfall in previously estimated doses from the European supply chain,” Moderna said in a statement.

Lonza didn’t immediately return a phone call and email seeking comment on any issues in its production.

(Reuters) -Moderna Inc said on Friday a shortfall in COVID-19 vaccine doses from its European supply chain will lead to a delay in deliveries to some countries including Canada.

The drugmaker would be delivering only 650,000 doses by April end as opposed to 1.2 million, Canada‘s Procurement Minister Anita Anand said in a statement.

She said one to two million doses of the 12.3 million doses scheduled for delivery by Moderna in the second quarter would be delayed until the third.

Moderna officials in Europe did not immediately comment on the reason for the delays or give the total number of countries that would be impacted.

“Vaccine manufacturing is a highly complex process and a number of elements, including human and material resources have factored into this volatility,” said Patricia Gauthier, an executive at Moderna Canada.

Moderna has been aiming to deliver 700 million to 1 billion doses of the COVID-19 globally this year, including from plants in Europe and the United States.

Swiss contract drug manufacturer Lonza makes active ingredients for Moderna’s vaccine in Visp, but it was still ramping up three new production lines that once operational would be able to produce 300 million shots annually.

The current supply, demand and distribution landscape has led the drugmaker to make adjustments in the expected second-quarter deliveries, Gauthier said.

(Reporting by Manas Mishra in Bengaluru, Allison Martell in Toronto and John Miller in Zurich; Editing by Arun Koyyur)