Canada says it will apply extra scrutiny to foreign investment in companies that are related to public health or that supply critical goods during the pandemic.

“There are vulnerable businesses that are going to be important to our recovery who are perhaps exposed to foreign purchases,” Prime Minister Justin Trudeau told reporters in Ottawa Sunday. “We will be strengthening our oversight and paying close attention to foreign investment in this country to ensure there aren’t people taking advantage of this crisis.”

On Saturday, his government released a policy statement saying it will scrutinize “with particular attention” any investment by state-owned firms or by private investors with close ties to foreign governments — regardless of the size of the investment.

“Some investments into Canada by state-owned enterprises may be motivated by non-commercial imperatives that could harm Canada’s economic or national security interests, a risk that is amplified in the current context,” the statement said.

The move follows the actions of other countries to tighten investment rules during Covid-19. Australia, for example, said last month all foreign takeovers will need government approval, no matter how small.

Canada will leave the enhanced measures in place until the economy recovers from the pandemic, according to the policy statement.

The shutdown of non-essential businesses and social distancing measures to curb the spread of the virus has brought the Canadian economy to a near halt and caused company values to plummet. Canada’s benchmark S&P/TSX Composite Index is down almost 16 per cent since the start the year, even after four straight weeks of gains.

COVID-19 has put the world’s economies on pace for the most dramatic contraction since the Great Depression. With the world’s major economies on track for the largest quarterly decline in history, Canadian farmland is an increasingly stable and resilient investment.

Agriculture is one of Canada’s largest industries, directly employing nearly 300,000 people, and it accounts for roughly five per cent of the country’s gross domestic product. As the world’s population grows, Canadian agriculture and related industries will grow in size and importance.

It’s also been predicted that 90 per cent of existing arable land will be used to produce as much as 70 per cent more food to accommodate this growth. This will invariably raise the value of global farmland.

Simple economics suggest that if demand increases while holding supply constant, prices will rise. That means increased demand for food and constraints on arable land will lead to appreciating farmland values.

Over a 30-year period of significant population growth, the value of farmland in both Canada and the United States grew steadily. See below:

My experience as a senior manager of an agriculture company for the better part of a decade gave me perspective of the unique value of Saskatchewan agriculture. Farmland appreciation in the Canadian Prairies, where agriculture is a core economic driver, has shown greater increases than other areas of the country.

According to the Saskatchewan government, the province “is home to more than 40 per cent of Canada’s cultivated farmland, some of the most productive land in the world.”

Saskatchewan farmland ownership has been more restricted than other provinces, resulting in a historically lower price per acre. Given the high soil quality and relaxation of purchase provisions over the past decade, the price per acre in Saskatchewan is on the rise. That means forthcoming investments are likely to provide fruitful returns and capital appreciation.

Based on Farm Credit Canada’s 2018 and 2019 reports, the three-year average increase in Saskatchewan farmland values was 6.2 per cent compared to 4.9 per cent in British Columbia, 3.3 per cent in Alberta and 4.2 per cent in Manitoba.

Some of the largest Saskatchewan farmland owners, including Andjelic Land Inc., Avenue Living Agricultural Land Trust and the Heide family have benefited from farmland appreciations via their strategic investments.

Comparing farmland to the appreciation of Canada’s primary stock exchange, the Toronto Stock Exchange (TSX), over an 11-year period from 2009 to 2019 shows the consistency and stability of farmland over stocks.

Even though the TSX showed more than 30 per cent appreciation in 2009, three of the those years produced depreciations exceeding 10 per cent. Conversely, farmland consistently appreciated, ranging from five per cent to more than 20 per cent, throughout the same 11-year period.

Farmland in Canada and the U.S. has historically appreciated as population and global food demand has increased. Farmland has also served as a value-add to portfolios and has proven to be more predictable with respect to its appreciation than equity markets.

Further opportunity for investment in farmland remains, with substantial value to be extracted. Specifically, regions of Canada like Saskatchewan have been historically undervalued and as a result, are appreciating.

As such, there is a compelling opportunity for profit. Due to long-term projections, now more than ever it is strategic to incorporate farmland into investment equations. To quote Mark Twain: 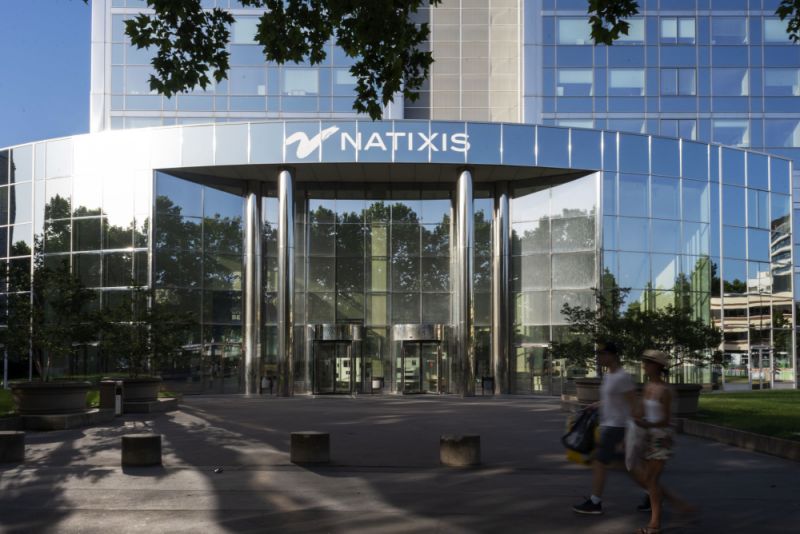 Natixis SA opened a corporate and investment banking office in Saudi Arabia as the French lender seeks to expand in the Arab world’s largest economy.

The bank appointed Reema Al-Asmari as chief executive officer of its operations in the kingdom, according to a statement. Al-Asmari joined Natixis in August 2019 and was previously head for treasury services for JPMorgan Chase & Co. in Saudi Arabia. She will report to Simon Eedle, Natixis’ head in the Middle East.

International banks have been expanding in Saudi Arabia as the country embarks on a plan to diversify its economy beyond oil and attract more foreign investment. Citigroup Inc. re-opened in the kingdom in 2017 after leaving in 2004, while JPMorgan, HSBC Holdings Plc., and Goldman Sachs Group Inc. are among banks that have been hiring and getting licenses for new activities.

More recently, the kingdom’s Public Investment Fund has been on an overseas acquisition spree. The sovereign wealth fund built has stakes in Boeing Co., Citigroup Inc. and Facebook Inc. since the start of the coronavirus pandemic.

Up to 150,000 jobs could be created if the Scottish government invested £13bn in new infrastructure projects, a new study has claimed.

The Scottish Trades Union Congress (STUC) research said the posts could be created in areas such as offshore wind and renewables manufacturing.

A further 50,000 jobs could be created in retrofitting buildings to higher standards, the report claims.

The STUC’S Roz Foyer said the need for investment was becoming urgent.

The body’s general secretary designate added: “This research we are publishing is drawn from a wider report on the potential for creating green infrastructure jobs which will be published later in the year.

“But given the crisis we face there is no time to be lost.

“The analysis shows that almost 150,000 good quality jobs could be created at the same time as making a real impact on emissions and strengthening Scotland’s renewables supply chain.”