U.S. health officials said Friday they diagnosed a second patient with the China coronavirus — a Chicago woman who returned from Wuhan with the infection, and they are monitoring dozens of other potential cases here.

There are 63 cases being monitored in the U.S. that stretch across 22 states, including the first patient in Washington state and the new case in Illinois, said Dr. Nancy Messonnier, director of the National Center for Immunization and Respiratory Diseases.

Officials said the new patient, a woman in her 60s, is doing well and is in stable condition. She remains isolated in a hospital as a precaution, U.S. health officials said on a conference call with reporters. The Illinois patient traveled to China in late December and began experiencing symptoms when she returned to the U.S. last week, officials said. She did not have symptoms while flying, they said.

“She was not symptomatic when flying. And based on what we know now about this virus, our concern for transmission before symptoms develop is low, so that is reassuring,” Dr. Allison Arwady, Chicago’s public health commissioner, said on the call.

Upon returning to the U.S., the patient had very limited movement from outside her home and did not use public transportation or attend any large gatherings, they said. The patient began to feel unwell a few days after completing her trip and alerted her doctor.

“CDC believes the immediate risk to the U.S. public is low at this time, but the situation continues to evolve rapidly,” Messonnier said, adding that there is likely to be more cases in coming days. “We have our best people working on this problem.”

The flu-like coronavirus, first identified on Dec. 31, has killed at least 26 people in China and infected more than 900 worldwide.

On Tuesday, the U.S. Centers for Disease Control and Prevention confirmed the country’s first case — a Washington state man who has been quarantined in a hospital outside of Seattle after flying back from Wuhan, where the outbreak was first reported. The CDC said the man reached out to local health authorities last week once he started experiencing pneumonia-like symptoms.

U.S. health officials warned on Friday that the flu or other respiratory illnesses could complicate identifying more cases. They recommend that people call a health-care provider before seeking treatment so the appropriate measures can be put in place. The CDC is trying to speed up testing and to get the tests in the hands of state health officials. It currently takes the CDC about four to six hours to make a diagnosis once a sample makes it to its lab.

“We’re really working to understand the full spectrum of the illness with this coronavirus,” Messonnier said. “The problem with this time of year is it’s cold and flu season and there are lots of cold and respiratory infections circulating.”

On Thursday, the World Health Organization declined to formally designate the new virus as a global health emergency, after postponing its decision the day before. Health officials are trying to contain the fast-spreading illness without unnecessarily spooking global trade. WHO physicians said they needed more data before declaring a global emergency, but the virus is now spreading through close human contact and in health-care settings, they said.

Coronaviruses are a large family of viruses that usually infect animals but can sometimes evolve and spread to humans. Symptoms in humans include fever, coughing and shortness of breath, which can progress to pneumonia.

U.S. officials began screening passengers flying from China at major international airports over the weekend. Health officials said Friday that they have screened more than 2,000 people across 200 flights and have not found any cases.

In China, some 33 million people are now under travel restrictions. Shanghai Disney at a time when theme park would normally be packed with tourists during Saturday’s Lunar New Year holiday.

Physicians have compared the outbreak to the 2003 outbreak of SARS, which had a short incubation period of two to seven days. U.S. officials said Friday that symptoms from the new virus, temporarily named 2019-nCoV, may take up to 14 days to appear. Neither U.S. patient had symptoms while they were flying, U.S. health officials said.

“We probably will have some isolated outbreaks [of coronavirus in the U.S.], but that doesn’t mean it’ll translate to an epidemic,” Gottlieb told “Squawk Box.”

TORONTO —
Two private schools in the Greater Toronto Area have expressed concerns after learning that some parents were on the same flight as a Toronto patient who was diagnosed with the coronavirus.

Ontario health officials confirmed on Saturday that a male in his 50s, who had recently travelled to Wuhan, China, had been hospitalized at Sunnybrook Hospital due to possible coronavirus, which is known as 2019-nCoV.

On Monday, officials said that the National Microbiology Laboratory in Winnipeg had confirmed the case and said the man’s wife, who was on the plane with him, may also have the illness.

Toronto Medical Officer of Health Dr. Eileen de Villa said the case is “presumptive” and that the woman is in self-isolation at her home.

Earlier this week, the principal of Richmond Hill Montessori School (RMHS), located near Yonge Street and 16th Avenue, issued an “emergency order” asking any families who have travelled to China to keep their child home for 15 days after they return to Toronto.

“Kindly note, the same 15 day quarantine applies to any RHMS family who may have come in contact with individuals travelling to Toronto from China or any other countries or cities to be known to have confirmed Novel Coronavirus (2019-nCoV) cases.”

On Sunday, the day after the first possible case of 2019-nCoV was made public, the principal issued a statement saying that a parent of a child at the school was on the same flight as both patients—China Southern Airlines flight CZ311.

“Since then, members of this family have been at RHMS despite our Emergency Order. This parent is not the person being held at Sunnybrook Hospital,” the letter said. 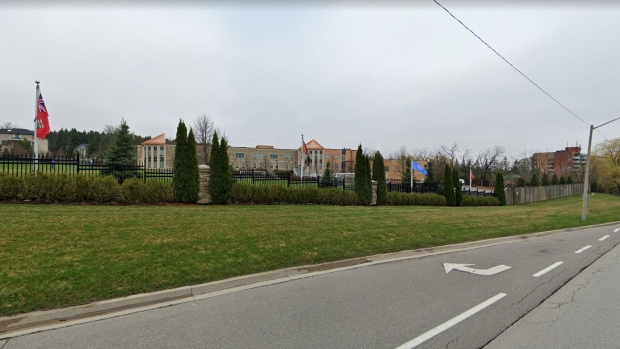 Toronto Montessori School (TMS), near Bayview Avenue and Highway 7, also released a message to parents on Sunday informing them that two separate parents were on flight CZ311.

“Both parents self-identified to York Region Public Health and are in close communication with them for their recommendations,” the school said. “As a precautionary measure, they will be quarantining themselves for the recommended 14-day period to ensure the safety of themselves and others.”

The children of both parents will be kept home as a precaution, the school said. 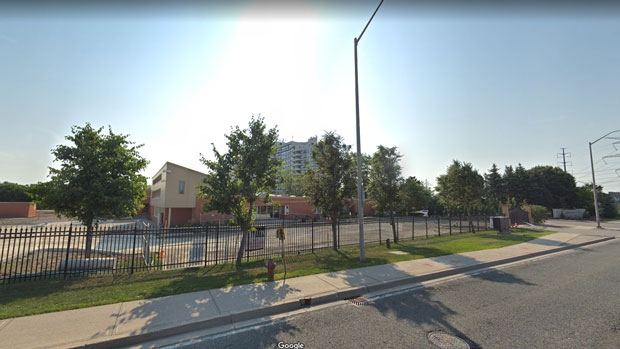 The York Region District School Board has said that they are following the advice of health experts, who have advised them that “additional protocols at schools are not necessary and that the risk to Ontarians remains low.”

The Toronto District School Board has not posted an update on their website about the coronavirus since Jan. 24.

Speaking with reporters on Monday morning, Ontario health officials said that if parents are concerned, they should contact their primary care doctor or local public health agencies for advice.

“There are still lots of repertory illnesses out there. There is a lot of influenza-type illness,” Ontario’s Chief Medical Officer of Health Dr. David Williams said. “Our rules are still the same. If your child is ill, keep them at home.”

“The same things that schools do now … cleaning toys and stuff like that, is what they do on a regular basis especially around this time of flu season. It’s business as usual.”

Over the weekend, the principal of Somerset Academy, a private school in Markham, sent a letter home to parents saying that families who travelled to Asia will not be permitted onto the property for a minimum of 15 days from the date they landed in Canada.

School officials asked for proof in the form of boarding passes or stamped documents before kids are allowed in the classroom.

Meanwhile, other parents have signed an online petition titled “stop the potential spreading of the novel coronavirus in schools of York Region.”

In the petition, the author recommends schools track students who recently travelled to China and asks those families to stay isolated for at least 17 days.

More than 2,700 cases of 2019-nCoV have been confirmed around the world and at least 80 people have died in China as a result of the illness.

The wife of Canada’s first confirmed patient with the fast-spreading Wuhan coronavirus also has tested positive for it at an Ontario laboratory, and 19 other suspected cases in Canada are under investigation, public health officials said on Monday.

No reported cases of coronavirus in Ottawa – CBC.ca

Ottawa Public Health (OPH) is bracing for the arrival of coronavirus, but so far no cases have been reported in this city.

Health officials have identified a second presumptive case in Toronto after the wife of a man believed to be Ontario’s first presumptive case of the virus began showing similar symptoms. Officials say the woman has been in “self-isolation” since arriving in Toronto, while her husband remains in stable condition in hospital.

Officials continue to identify people who may have come into contact with the couple on their flight from China, but OPH says it hasn’t been informed of any in Ottawa.

“When people present with a respiratory illness … they are screened for their travel history, especially considering any contact with the Wuhan city or provinces nearby in China, any contact with ill people who have been in Wuhan,” Dr. Vera Etches told CBC.

“People are getting the message: when they return from a country or area that is affected, to monitor themselves for symptoms of a respiratory infection.”

Etches said anyone who believe they may have been exposed to coronavirus and is showing symptoms should phone ahead before arriving at the emergency room.

“We’ll walk them through the process … if it looks like they should be tested for the new coronavirus,” Etches said.

So far, no tests have been ordered in Ottawa.

“Right now, this is very low-risk still for transmission of this new virus in Canada. So, it’s very unlikely that someone would come in contact with the virus here,” she said.

Nevertheless, Etches cautions people to wash their hands frequently, and to refrain from touching their eyes and nose. Viruses are often contracted by coming into contact with mucous membranes.

There have been reports of people in Ottawa buying up medical masks, likely to ship to family in China, but according to Etches, “here in Ottawa, there is no reason to wear a mask if you’re well.”

“They’re not fitted. Air can get around them. People touch them, they touch their eyes, the environment. It gives a false sense of security. So really, the main thing is, keep your hands clean.”

Etches also urges people to check reputable sources, such as the Ottawa Public Health website, for up-to-date information on coronavirus.

Combining art and science in a medical practice – Victoria News