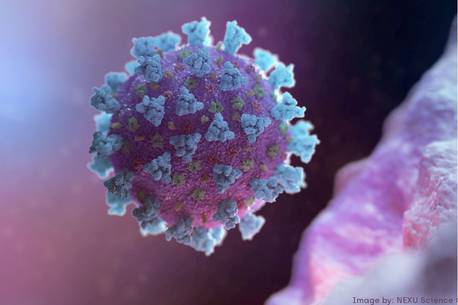 (Reuters) – Here’s what you need to know about the coronavirus right now:

Vital medical supplies poured into India on Tuesday as hospitals short of oxygen and beds turned away coronavirus patients, while a surge in infections pushed the death toll towards 200,000.

Supplies from Britain, including 100 ventilators and 95 oxygen concentrators, arrived in Delhi, said Reuters partner ANI, while France is sending oxygen generators capable of providing 250 patients with a year’s supply of the gas, its embassy said.

Even China, locked in a year-long military standoff with India on their disputed Himalayan border, said it was trying to get medical supplies to its neighbour.

Turks will be required to stay mostly at home under a nationwide “full lockdown” starting on Thursday and lasting until May 17 to curb a surge in infections and deaths, President Tayyip Erdogan announced on Monday.

Turkey logged 37,312 new infections and 353 deaths in the last 24 hours, health ministry data showed, sharply down from mid-April but still the world’s fourth highest number of cases and the worst on a per-capita basis among major nations.

Erdogan said all intercity travel would require official approval, all schools would shut and move lessons online, and a strict capacity limit would be imposed for users of public transport.

Anvisa’s five-strong board voted unanimously not to approve the Russian vaccine after technical staff had highlighted “inherent risks” and “serious” defects, citing a lack of information guaranteeing its safety, quality and effectiveness.

Brazil has registered 14.4 million confirmed cases of the virus and almost 400,000 deaths since the onset of the pandemic over a year ago.

Canada will send the armed forces and Red Cross to Ontario to help the country’s most populous province as it struggles to cope with a surge in hospitalizations, the country’s public safety minister said on Monday.

The federal government approved a request from Ontario which includes air lifting medical personnel from the Atlantic province of Newfoundland and Labrador to Toronto, the epicentre of Ontario’s third wave, a spokesman from Public Safety Canada said.

Ontario reported 877 people in its intensive care units with COVID-19 on Monday. Provincial modelling showed the virus could see 1,500 people in the ICU by early May.

Hong Kong will reopen bars and nightclubs from April 29 for people who have been vaccinated and use a government mobile phone application, the Asian financial hub’s health secretary said on Tuesday.

Sophia Chan told a press briefing the measures extended to bathhouses and karaoke lounges and would enable the venues to stay open until 2.00 a.m. All staff and customers must have received at least one vaccine dose for the venue to be operational and they must operate at half capacity.

“We all hope life can return to normal but we need to allow some time for everyone to adapt to these new measures,” Chan said.

How You Can Avoid Bad Dermal Fillers

Some countries have halted altogether or are giving only one dose of COVID shots based on so-called mRNA technology to teens following reports of possible rare cardiovascular side effects.

Europe’s drug regulator said in July it had found a possible link between a very rare inflammatory heart condition and COVID-19 vaccines from Pfizer/BioNTech and Moderna.

However, the benefits of mRNA shots in preventing COVID-19 continue to outweigh the risks, European and U.S. regulators and the World Health Organization have said.

Here are some of the steps some countries are taking:

The Danish Health Agency said on Friday that it was continuing to offer Moderna’s COVID-19 vaccine to under-18s, and that a statement on Wednesday suggesting a suspension had in fact been a miscommunication.

Finland paused the use of Moderna’s vaccines for younger people and instead would give Pfizer’s vaccine to men born in 1991 and later. It offers shots to those aged 12 and over.

A panel of health experts advising the Hong Kong government has recommended in September children aged 12-17 should get only one dose of BioNTech’s COVID-19 vaccine after reports of heart inflammation as a side effect.

Norway will hold off giving children aged 12-15 a second dose of a vaccine against COVID-19 until it has gathered more research. On Oct. 22 the health ministry said there was no urgency given that children have a low risk of falling seriously ill from COVID-19.

On Sep. 2 Norway decided on giving one dose of Pfizer/BioNTech vaccine to children aged 12-15.

Sweden has extended the pause of Moderna COVID-19 vaccine beyond the original Dec. 1 deadline for people aged 30 and younger due to rare heart-related side-effects, the public health agency said on Oct. 21.

The agency said earlier in October that data pointed to an increase of myocarditis and pericarditis among youths and young adults vaccinated with Moderna vaccine Spikevax, and paused the use for all born 1991 or later.

South Africa will start vaccinating children between 12 and 17 using the Pfizer vaccine, the health minister said, as the country looks to ratchet up inoculations ahead of final year examinations.

On the advice of its vaccine advisory committee the government would only give teenagers a single shot of Pfizer’s normal two-shot regime due to concerns that it may affect the heart.

Britain has been offering all 12-15-year-olds a first a shot of the Pfizer/BioNTech vaccine. Second doses would not be offered to the age group until at least spring when there may be more data from around the world.

A financial industry group warned on Monday that Hong Kong‘s zero-COVID policy and strict quarantine requirements for international travellers threatens to undermine the city’s status as a financial hub.

The Asia Securities Industry and Financial Markets Association (ASIFMA) said a survey of members, including some of the world’s largest banks and asset managers, showed 48% were contemplating moving staff or functions away from Hong Kong due to operational challenges, which included uncertainty regarding when and how travel and quarantine restrictions will be lifted.

Hong Kong has some of the most stringent travel restrictions in the world and is virtually COVID-19 free, however unlike regional rival Singapore, which is slowly re-opening its borders, the Chinese-ruled city has no public plan for opening up to international travellers.

“Hong Kong’s status as an (international financial centre) is increasingly at risk along with its long-term economic recovery and competitiveness as a premier place to do business,” Mark Austen chief executive of Asifma wrote in open letter to Hong Kong’s financial secretary Paul Chan.

The letter made a series of recommendations including publishing “a roadmap for exiting Hong Kong’s ‘zero-case’ based COVID-19 strategy beyond solely the immediate goal of opening borders with China”, as well as prioritising vaccinations.

Hong Kong has reported just over 12,300 cases since the start of the pandemic, mostly imported, and 213 deaths.

Regional rival Singapore is expanding quarantine-free travel to nearly a dozen countries, but authorities are grappling with how to do so while averting a surge of Covid-19 cases among older people and those with weak immune systems.

Coronavirus cases in the island nation of 9 million have been surging in recent weeks, with 385 new cases recorded on Thursday, according to latest available government data.

Less than 1% of the population has been fully vaccinated, according to Our World in Data figures, although the government anticipated months ago that it would have enough shots by now for everyone who wanted to be vaccinated.

Misinformation, public apprehension, and logistical challenges with the rollout have slowed down vaccinations, the Red Cross said.

“Urgent efforts and further support are needed in healthcare to prevent a massive loss of life in the coming days and weeks,” Uvenama Rova, PNG Red Cross secretary general, said in a statement.

According to the PNG National Control Centre for COVID-19, all major hospitals have been hit with rising cases.

“We’re at the moment barely managing with the existing load,” Gary Nou, team leader for Emergency Medical Team at the National Centre, was quoted as saying last week in a statement on the centre’s website.

A medical team from Australia arrived in Port Moresby this month, and Britain was also to send a team.

While some other nations in the Pacific region, such as the Solomon Islands and Kiribati, have also had sluggish vaccine rollouts, the tiny nation of Palau had 99% of its population over 12 vaccinated by mid-October, while Fiji had 96% of eligible people with one dose, the Red Cross said this month.

(Reporting by Lidia Kelly in Melbourne; Editing by William Mallard)