According to the report for the week that ended Oct. 31, only one of the 40 or so regions it designates across country was reporting any flu — those eight cases — and there were no outbreaks.

By contrast, the report on the same week in 2019 reported 107 laboratory-confirmed cases — more than 10 times as many — in 24 regions of 10 provinces and territories.

That was despite 9,033 flu tests being administered during the 2020 week — more than twice the average. The percentage of positive tests was .07 per cent, compared to an average of 3.7 per cent during the previous six seasons — a 52-times difference.

And four of the most recent cases were linked to people receiving a flu shot, which contains an “attenuated” or weakened version of the actual virus. Such “live attenuated influenza vaccine” can be detected with a nasal swab, said the report.

“Despite elevated levels of testing, the percentage of laboratory tests positive for influenza has remained at exceptionally low levels throughout the period of March to October,” the document said.

The numbers could have been affected by the coronavirus pandemic, including “changes in health care-seeking behaviour, impacts of public health measures and influenza testing capacity,” it said.

In fact, last flu season ended “abruptly” in March as lockdowns to contain COVID-19 went into effect across Canada.

The latest news on COVID-19 developments in Canada – StCatharinesStandard.ca 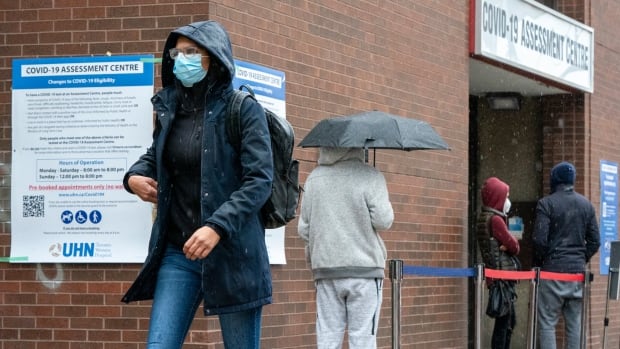 Premier Doug Ford is scheduled to hold a news conference beginning at 1 p.m. in Vaughan. Ford’s office says he will be joined by the ministers of finance and education.

You can watch it live in this story.

Ontario reported another 1,746 cases of COVID-19 on Monday, as tougher restrictions go into effect in five regions of the province.

(Note: All of the figures used in this story are found on the Ontario health ministry’s COVID-19 dashboard or in its daily epidemiologic summary. The number of cases for any region may differ from what is reported by the local public health unit because local units report figures at different times.)

There are 102 school-related cases in today’s update: 86 students, 15 staff and one person who was not identified. Those infections include 19 at an east-end Toronto elementary school that were identified by the targeted testing of asymptomatic students, teachers and other staff.

There are currently 14,197 confirmed, active cases of COVID-19 provincewide, the most since the first was reported in Ontario on January 25.

Ontario’s network of labs processed 39,406 test samples of the novel coronavirus, and recorded a test positivity rate of 4.6 per cent.

The number of people in Ontario hospitals with the illness climbed to 618, the most at any point during the second wave, and due to a timing error, data for up to 40 hospitals was not included in that figure. Those being treated in intensive care increased by 12 to 168. Public health officials have said that 150 is the threshold for when facilities must begin postponing or cancelling scheduled procedures to accommodate COVID-19 patients. Further, of the 168 in ICUs, 108 are on ventilators.

Meanwhile, the provincial government announced last week it would move Windsor-Essex into the red alert level of its tiered framework, the strictest level short of a lockdown.

In that level, indoor dining at restaurants and bars is capped at 10 customers, while social gatherings must have fewer than five people indoors and 25 outdoors.

Meanwhile, Halidimand-Norfolk is shifting to the orange level, and three other regions — Hastings Prince Edward, Lambton and Northwestern — are going into the yellow level.

The province says the regions will stay in their new categories for at least 28 days, or two COVID-19 incubation periods, before a change is considered.

Officials say they continue to monitor public health data weekly to see if any other regions require additional intervention. 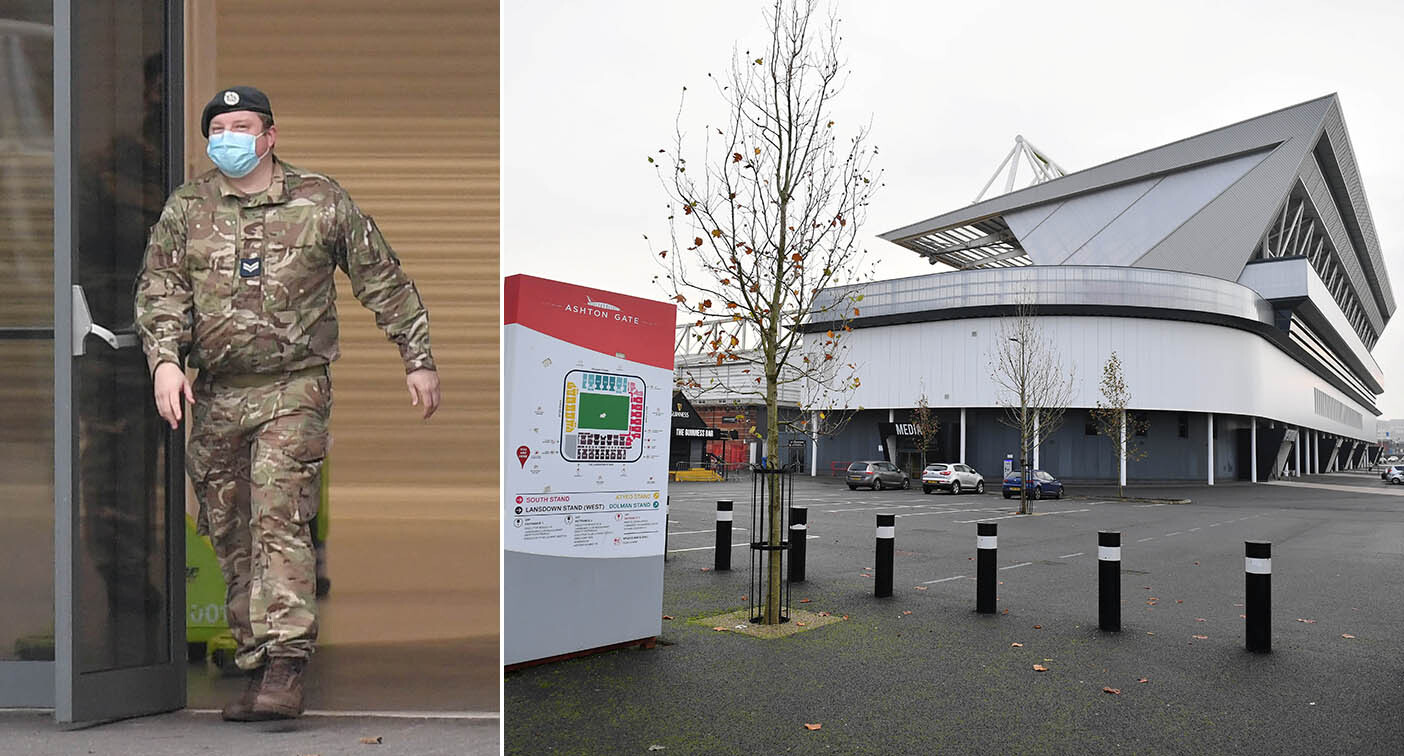 It was during one of the early planning sessions for the 2010 Vancouver Winter Olympics that Chief Gibby Jacob heard a provincial government official talking about the Callahan Valley, which would eventually host cross-country skiing and ski jumping during the Games. Jacob, who participated in the bidding process for the Olympics and was a member of the Games organizing committee board, finally put up his hand. “I asked who the hell is this Callahan and how the hell did he get his name on our lands,” the Squamish Nation hereditary chief said with a chuckle. “They all looked at each other. I said find out and let us know.” It turns out the Callahan Valley, located near Whistler, B.C., was named after one of the early surveyors in the region. “That was the start of our big push to get our names back on places,” said Jacob. Indigenous groups had a voice in organizing and hosting the 2010 Games. But Vancouver Mayor Kennedy Stewart has suggested any movement to bring another Games to the city should be headed by Indigenous leaders. In early November, Vancouver city council voted to postpone a decision on whether it wants to explore making a bid. City staff are expected to present a report to council in early 2021. Stewart has said one of his conditions for supporting a bid is that the Musqueam, Squamish and Tsleil-Waututh — the three Indigenous First Nations whose traditional territory includes Vancouver — head the Olympic bid committee. “I have talked to the Nations about this and there’s interest there,” the Vancouver Sun reported Stewart saying in a state-of-the-city address to the Greater Vancouver Board of Trade. Emails to Stewart’s office asking to explain the mayor’s proposal were not immediately answered. Khelsilem, a councillor with the Squamish Nation Council, isn’t aware of any formal talks about leading a bid. “We haven’t had any formal discussion about it,” he said. “We haven’t made any formal decision about whether we want or don’t want. And we haven’t had any formal discussions with our neighbouring nations.” Representatives of the Musqueam and Tsleil-Waututh did not respond to interview requests. Khelsilem said before any decision is made, the pros and cons of hosting an Olympics must be weighed. “The reality is that something like hosting an Olympics requires a significant amount of investment and support from both the federal and provincial governments,” he said. “While there are a number of reported advantages, there’s also a number of drawbacks. “I think a lot of that workflow needs to be figured out, especially in the context of the challenges that we’re going to face over the next decade and the challenges that we’re facing on a number of fronts.” Furthermore, Jacob said: “there’s a lot to be gained by being involved [in a bid] for our people.” “I don’t think that our nations, given what we have as far as leadership resources and how fast they seem to change, would be able to take things right from scratch to completion,” he said. Creating a common agenda With 15 of the venues used for the 2010 Olympics built on First Nation traditional territories, Indigenous support was crucial for the Games success. The Squamish, Tsleil-Waututh, Musqueam and Lil’Wat nations formed The Four Host First Nations, a non-profit organization with the goals of uniting Canada’s Indigenous people and encouraging inclusion across the country. “I think it created a common agenda,” said Jacob. “By doing that and achieving what we set out, it was totally outstanding. “I think it showed leadership that the four separate First nations could work together for a common purpose and get benefits from it.” WATCH | President of 2010 Games says Vancouver should bid for 2030: Involvement in the Games raised awareness of Indigenous issues across Canada, he said. “When we first started out, we were pretty invisible in our own territories,” said Jacob. Indigenous groups did “fairly well in compensation for the use of our lands,” he said. The Olympics also led to traditional Indigenous names being returned to locations and landmarks plus recognition of First Nation arts and culture. John Furlong, who was head of the Vancouver Organizing Committee for the 2010 Olympic and Paralympic Winter Games (VANOC), is part of the group looking at the 2030 Games. He said any bid would be impossible without Indigenous participation. “I see no scenario at all in which First Nations are not involved,” he said. “They were a difference maker in 2010. “First Nations are in multiple new business since 2010. My instincts tell me they will be keenly interested in being involved again.”