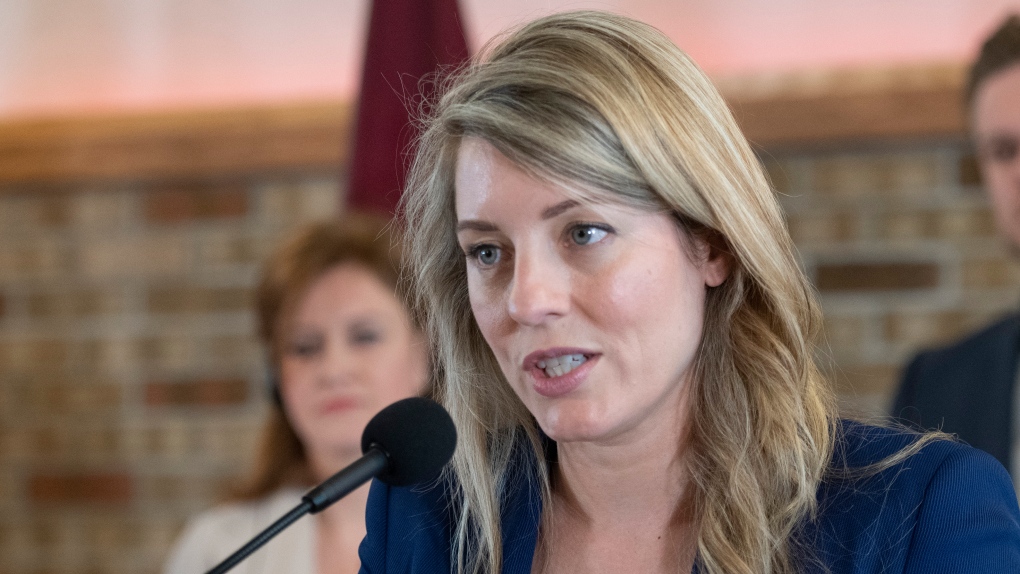 The Ukrainian Canadian Congress wants Canada to up the pressure on Vladimir Putin’s regime and lead a global charge to get Russia expelled from the G20.

Congress president Alexandra Chyczij has written to Prime Minister Justin Trudeau asking him to take steps to expel Russia from the forum of leading world economies.

Chyczij said Russia is using the G20 as a platform to lie about its reasons for invading Ukraine.

The congress is concerned that if Putin is allowed to attend the G20 heads of state and government meeting in Bali, Indonesia, in November it would send the wrong message and undermine the G20’s credibility.

It would also make it difficult for Ukrainian President Volodymyr Zelenskyy to attend the summit as a guest.

Foreign Affairs Minister Melanie Joly will attend the G20 meeting of foreign ministers in Indonesia this week, even though her Russian counterpart Sergei Lavrov is also expected to attend.

Joly told The Canadian Press that she would not shake Lavrov’s hand and plans to use the opportunity to call out Russian lies about the invasion.

In March, Joly joined others in walking out of a United Nations meeting in Geneva when Lavrov, whom Canada had brought sanctions against days earlier, began speaking.

In her letter, Chyczij pointed out that the Canadian Parliament has declared that Russia is committing genocide in Ukraine.

Because of this, and the government’s policy of isolating the Russian Federation from the international community, the congress said Canada should lead the process of expelling Russia from the G20.

In 2014, Prime Minister Stephen Harper said he wanted leaders to expel Russia from the G8 group of industrialized nations after its annexation of Crimea from Ukraine. After Russia’s membership was suspended indefinitely, the remaining nations became known as the G7.

Chyczij said Canada should “demonstrate the same bold leadership in calling for the removal of Russia from the G20.”

Since the invasion of Ukraine, Joly and other ministers have refused to share the floor when Russia speaks at summits.

In March, Joly joined others in walking out of a United Nations meeting in Geneva when Lavrov, whom Canada had brought sanctions against days earlier, began speaking.

In April, Finance Minister Chrystia Freeland joined a walkout of a G20 meeting for finance ministers and central bank governors in Washington in protest over Russia’s invasion of Ukraine.

In an interview after the walkout, Ng said it would not be a “one-off” and she would be prepared to do it again.

Last week, Trudeau said Canada would take part in the G20 leaders’ meeting in November even if Putin goes, too, arguing it is important to counteract the voice Russia will have at that table.

Canada’s attendance alongside Russia in Indonesia creates a diplomatic predicament at the G20, including at this week’s summit for foreign ministers in Bali.

Joly recently said it was unacceptable for a Canadian official to attend a reception hosted by the Russian Embassy in Ottawa.

And Russian’s foreign minister has been one of the most vocal proponents of the invasion and Putin’s justifications.

Orest Zakydalsky, senior policy adviser for the congress, urged Joly and other foreign ministers to walk out of the G20 if Lavrov speaks.

“There is nothing to be gained from sitting and listening to a liar trying to justify Putin’s war,” he said.

This report by The Canadian Press was first published July 6, 2022.

MONTREAL — The detention and alleged beating of a Senegalese diplomat by Quebec police last week occurred while a bailiff was attempting to seize property at her residence in connection with a court judgment against her.

Quebec’s rental board in June ordered Oumou Kalsoum Sall to pay a former landlord more than $45,000 for damage to a furnished home she occupied from Nov. 1, 2018, to Oct. 31, 2020. The tribunal found that she caused flooding that led to structural damage and that her use of the property forced its owner, Michel Lemay, to replace most of his furniture.

“The pictures speak for themselves,” Anne A. Laverdure, an administrative judge, wrote in her ruling. “The furniture is full of cockroaches. Pieces of furniture are scratched and scuffed. Some are missing. Everything is dirty.”

Laverdure awarded Lemay almost $13,500 for structural damage to the home and $23,000 to replace furniture. The administrative judge awarded Lemay another several thousand dollars for other damages.

Court records show that the debt was not paid and that a bailiff went to Kalsoum Sall’s residence in Gatineau, Que., across the river from Ottawa, on Aug. 2 to seize property in connection with the debt.

Kalsoum Sall is a first counsellor at the embassy of the Republic of Senegal in Ottawa, according to a federal government database of foreign delegations. The Senegalese Ministry of Foreign Affairs has claimed that the diplomat had to be hospitalized after being handcuffed and beaten by police.

Quebec’s independent police watchdog said Monday it opened an investigation into the incident. Gatineau police have said that they were called to the residence to assist a bailiff and that they arrested a woman with diplomatic status after she allegedly hit a police officer in the face, adding that she was tackled to the ground after allegedly biting another officer.

Global Affairs Canada has described the incident as “unacceptable,” adding that the 1961 Vienna Convention on Diplomatic Relations — which Canada has signed — gives diplomats immunity from any form of detention or arrest.

Gilles Rivard, a former Canadian ambassador to the United Nations and to Haiti, said that while he doesn’t know exactly what happened during the Aug. 2 incident, some diplomats can be aggressive because they believe there will be no consequences for their actions.

“They can be aggressive because they know that they have immunity, so they believe that they can do whatever they want,” he said in an interview Tuesday.

While police are not officially supposed to arrest a diplomat, Rivard said, it’s possible a police officer might handcuff an individual while they wait to confirm the person’s diplomatic status.

In 2001, a Russian diplomat struck and killed a woman while driving in Ottawa. The Canadian government asked Russia to waive the diplomat’s immunity so he could be charged in Canada, but Russia refused, Rivard said, adding that Canada’s only option in that case was to expel the diplomat.

The Senegalese Embassy in Ottawa did not immediately respond to an emailed request for comment Tuesday afternoon. A call to the embassy was not answered.