Gap Inc on Thursday scrapped its plan to spinoff Old Navy and said it would instead work to stem dropping sales, while fewer discounts during the holiday season helped full-year earnings, sending its shares up about 4%.

The move came as a surprise as just two months ago the company had stuck to its plan to separate despite several analysts calling for the strategy to be canned due to weak sales and the abrupt exit of Chief Executive Officer Art Peck.

Peck unveiled the plan in February last year when Old Navy was a bright spot for the company, which was struggling with out-of-fashion apparel at its Gap brand.

However, sales for Old Navy have slowed in recent quarters, raising doubts about the brand’s value as a separate entity.

“Old Navy’s business has not been good. With the CEO out of the way, this is the right move,” said Jane Hali, at research firm Jane Hali & Associates.

“Instead of thinking of spinning off companies, they should get back to the basics of giving customers what they’re asking for.”

The company on Thursday also said that Mark Breitbard, head of Banana Republic, will lead the Gap brand on interim basis after the departure of Chief Executive Officer Neil Fiske.

“The work we’ve done to prepare for the spin shone a bright light on operational inefficiencies and areas for improvement,” Gap interim CEO Robert Fisher said.

The company is searching for a permanent CEO, whose primary task, according to Craig Johnson, president at retail consultancy Customer Growth Partners, will be to fix the big three brands – Gap, Old Navy and Banana Republic.

“Launching an independent Navy when none of the big brands is ready for prime time would be a bridge too far,” he said.

Gap said same-store sales for 2019 would be at the higher end of its prior outlook, but would still drop from a year earlier as brick and mortar retailers lose holiday shoppers to online competition. 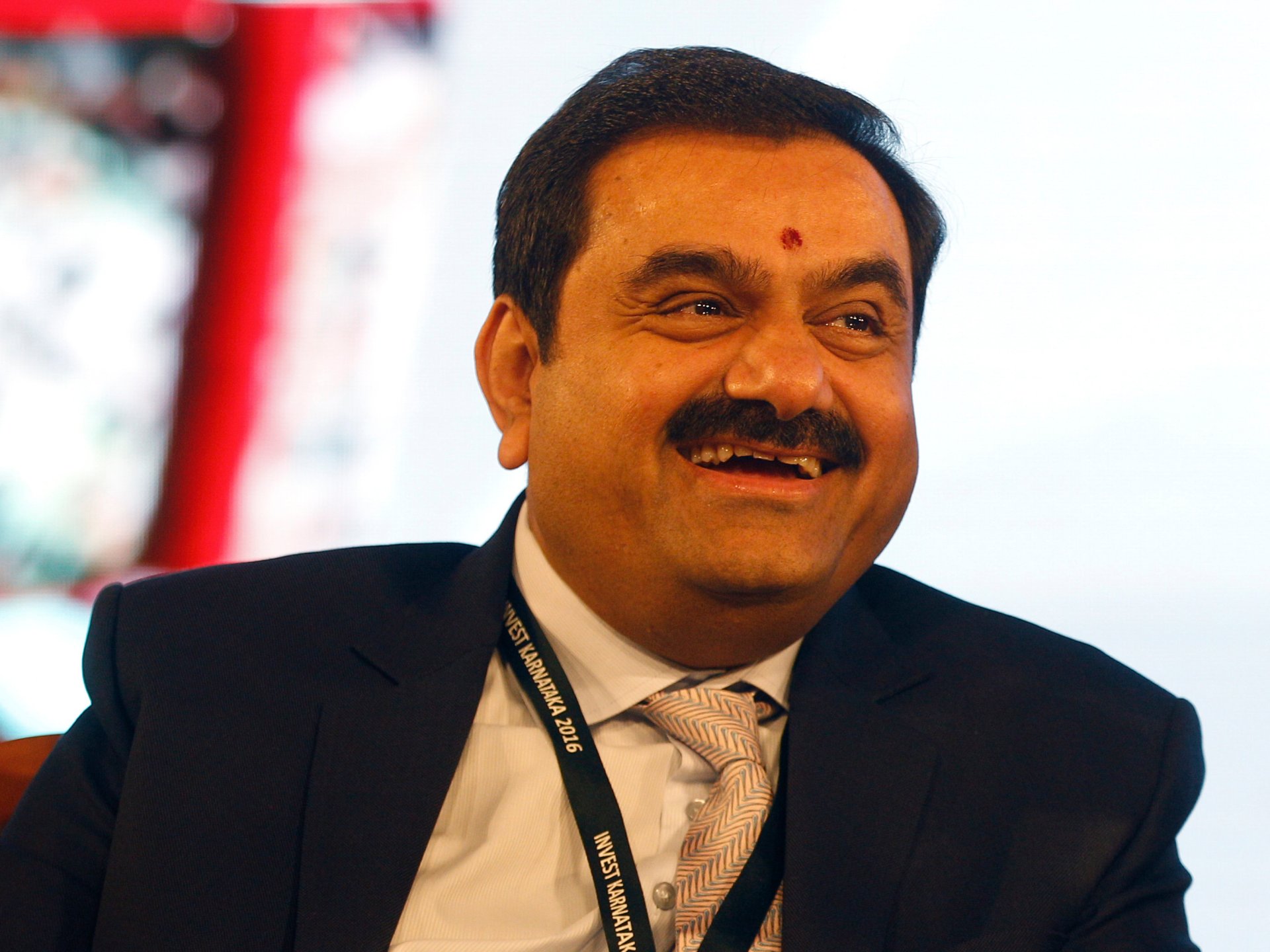 Seven listed companies of the Adani conglomerate lost a combined $48bn in market capitalisation after Hindenburg Research flagged concerns in a January 24 report about debt levels and the use of tax havens.

Adani who was the world’s third-richest person at the start of the week is now ranked number seven on Forbes’ billionaires tracker after a $22.6bn hit to his fortune in Friday’s trade.

Hindenburg Research said in its report that Adani Group had used undisclosed related-party transactions and earnings manipulation to “maintain the appearance of financial health and solvency” of its listed business units.

Adani Group dismissed the report as baseless and that it was the victim of a “maliciously mischievous” reputational attack by Hindenburg.

Hindenburg responded that Adani had ducked the issues its research had raised and instead resorted to “bluster and threats”.

“If Adani is serious, it should also file suit in the US,” the firm said in a statement. “We have a long list of documents we would demand in a legal discovery process.”

Adani, with a net worth of $96.6bn, is considered a close supporter of Prime Minister Narendra Modi. India’s main opposition Congress party has often accused Adani, and other billionaires, of getting favourable policy treatment from Modi’s administration, allegations the billionaire has denied.

The Adani Group was established in 1988, beginning with commodities trading. The conglomerate’s business interests now extend from ports and airports to mining and renewable power.

The report said a pattern of “government leniency towards the group” stretching back decades had left investors, journalists, citizens and politicians unwilling to challenge the group’s conduct “for fear of reprisal”.

“The signal is that because the Adanis are very close to the powers that be today, therefore nobody would challenge them,” economist Arun Kumar told AFP.

“Those who earlier criticised Adani, those who tried to do some investigation, Adani’s launched big [legal] cases against them, so they have scared off a lot of people,” he added.

Housing costs, and Canada’s unique way of capturing them in inflation, suggest that consumer price gains may slow rapidly in coming months.

As the largest expense for most households, shelter makes up 30 per cent of Canada’s consumer price index — a similar proportion to the U.S. But unlike its southern neighbor, Canada’s inflation metrics capture these costs in a way that’s more sensitive to changes in interest rates and home prices.

That means Canadian inflation measures are influenced by both the rise in mortgage costs as the Bank of Canada aggressively raises rates and by the resulting slowdown in the housing market. 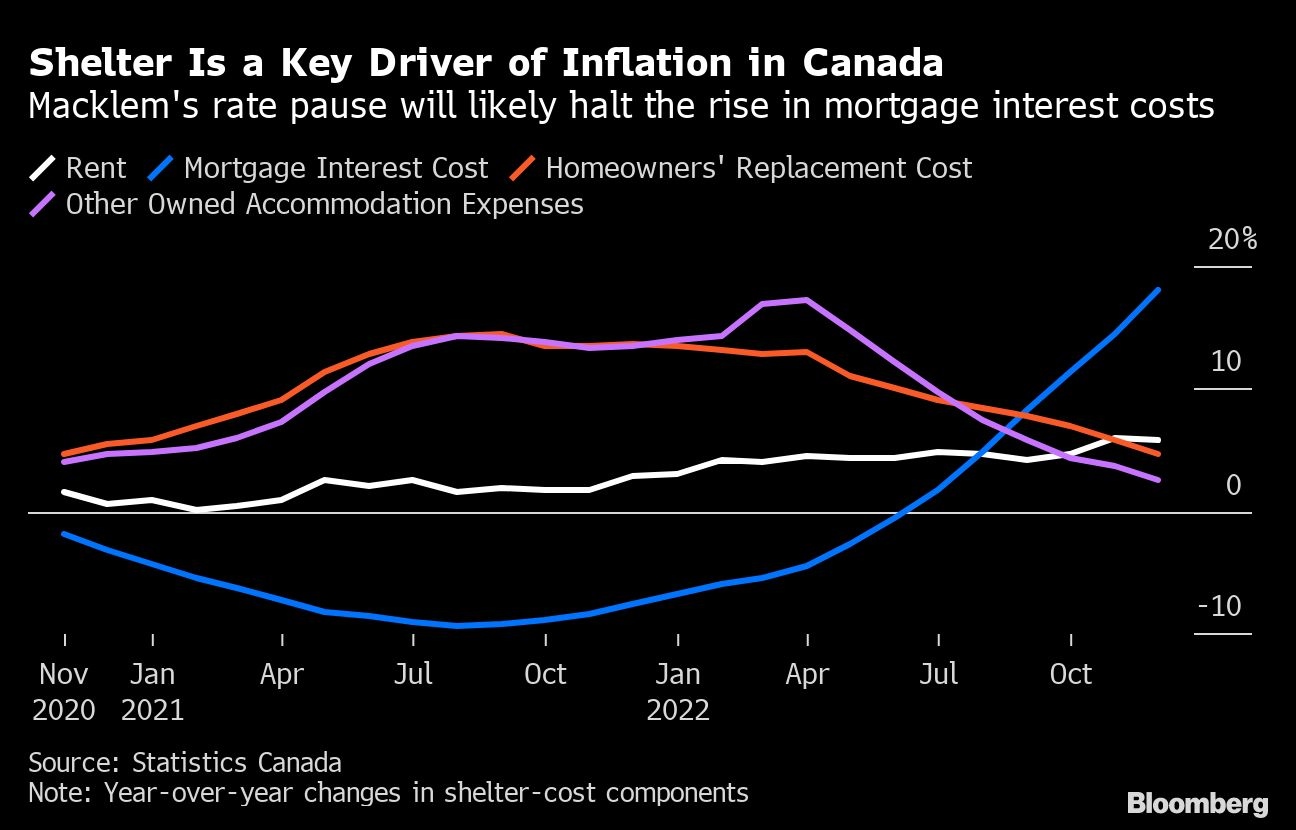 While inflation was still 6.3 per cent in December, price pressures in Canada are expected to lose momentum thanks to base effects and continued cooling in the Canadian real estate market, which features shorter-duration mortgages than the U.S. and a higher share of variable-rate home loans.

Those differences are one reason economists say the Bank of Canada — which said this week it intends to pause its tightening campaign — won’t have to raise borrowing costs as high as the Federal Reserve.

“One way Canada actually stands out from a lot of other countries is that when the Bank of Canada raises interest rates, there’s a temporary boost to inflation because of this mortgage interest rate effect,” Stephen Brown, an economist at Capital Economics, said by phone.

The U.S. calculates housing inflation using owners’ equivalent rent, or the price a property owner would have to pay to rent to live there. Canada calculates it through a formula that includes mortgage interest, replacement cost, property taxes and maintenance.

Shelter has been a major driver of Canadian inflation in recent months, and was up 7 per cent in December. The mortgage interest and rent sub-indexes saw year-over-year jumps of 18 per cent and 5.8 per cent, respectively.

But with rates now on hold, Brown expects mortgage interest costs to peak before dropping sharply in the second half of this year. Other inflation inputs, such as commissions on home sales, are already easing.

His forecast is for increases in the shelter component of CPI to fall to 3.5 per cent by June and to 1.5 per cent by December. With energy, food and goods prices also expected to fall sharply, Brown said the Bank of Canada may be “underestimating how quickly overall inflation will decline.”

Macklem’s rapid interest-rate hikes, to 4.5 per cent from an emergency pandemic low of 0.25 per cent in March, have dramatically cooled the real estate market. Prices have fallen more than 13 per cent since their peak last year. Higher mortgage costs are also squeezing some of the world’s most indebted households, forcing them to tighten their purse strings.

“The bank might be feeling like they’ve done enough on housing, and that the effect is going to unravel over the coming months,” said Rishi Mishra, an analyst at Futures First Canada Inc. “They don’t want to press down too hard, just because how large the exposure is to housing market in Canada.” 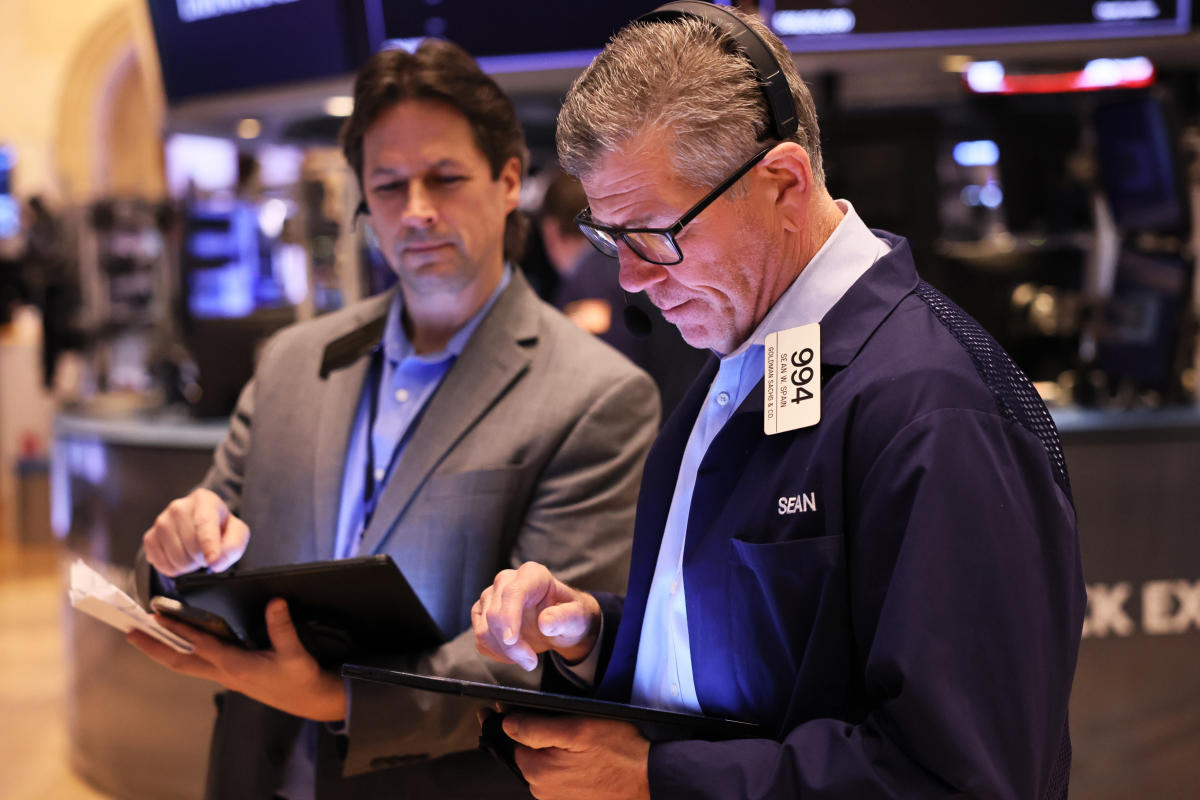 U.S. stocks rallied on Friday, after slipping earlier at the open, as investors weigh in on fresh economic data including consumer spending data, a closely watched measure by the Federal Reserve.

The S&P 500 (^GSPC) added 0.2%, while the Dow Jones Industrial Average (^DJI) ticked up 0.08%. The technology-heavy Nasdaq Composite (^IXIC) was up roughly 1%, closing out its best week since November.

The biggest mover on Friday were shares of Intel (INTC), which fell as much as 10% on Friday after the company’s bleak outlook disappointed.

Intel reported a quarterly earnings miss after the close Thursday, adjusted earnings per share coming in at $0.10 against the $0.19 expected by the Street. Revenue totaled $14.04 billion, below estimates for $14.5 billion.

In the first quarter, Intel expects revenues to come in between $10.5-$11.5 billion, with losses totaling $0.80 per share. In delivering these results, CEO Pat Gelsinger cited “economic and market headwinds,” adding the company, “will continue to navigate the short-term challenges while striving to meet our long-term commitments.”

Elsewhere in markets, Tesla (TSLA) stock has become hot. The shares rose above 10% in Friday trading, eyeing its best week since May 10, 2013. The company’s latest earnings has prompted a boost for the shares. Separately, CEO Elon Musk is being investigated by US regulators in his role shaping the carmaker’s self-driving car claims, Bloomberg reported.

Lucid (LCID) stock surged Friday on reports that a Saudi Arabia’s Public Investment Fund could be planning a takeover and buying shares the EV maker doesn’t already own.

U.S. core personal-consumption expenditures price index (PCE), excluding energy and food, rose 0.3% month-over-month, while the annual rate fell to a one-year low of 4.4% in December from 4.7% the prior month, in line with consensus forecasts.

Pending home sales increased 2.5% in December, ending a sixth month slide, according to the National Association of Realtors.

Meanwhile, consumers remain optimistic. The consumer sentiment index rose to 64.9, a slight increase from 64.6 reading two weeks ago, according to preliminary results from the University of Michigan’s consumer survey. Economists surveyed were expecting a reading of 64.6.

Stocks rallied on Thursday as investors digested other data that showed the U.S. economy ended the year on a solid foot despite higher interest rates and recessionary fears looming.

Durable-goods orders in December increased by 5.6% topping expectations for 2.4%, the sharpest gain since July 2020. Meanwhile, the resilience of the U.S. job market has been a major surprise. Initial jobless claims fell again to 187,000, the lowest level since April 2022.

“Markets deciphered a lot of mixed clues [on Thursday] and, after some cause for concerns, decided that it was easier to shrug it all off and drive equities to fresh 2023 highs,” Jim Reid and colleagues at Deutsche Bank wrote in an early morning note Friday morning. “Earnings also helped the mood, to be fair.”

Visa (V) shares were higher Friday after the company reported results late Thursday. Revenue increased to $7.94 billion compared to expectations of $7.69 billion. And adjusted earnings per share came in at $2.18 versus estimates of $2.00. The company announced that Ryan McInerney will be stepping in as chief executive officer starting February 1st.

Hasbro (HAS) also joined the wave of company layoffs announcing it will cut its workforce by 15 percent, or 1,000 employees, effective in the coming weeks. The move comes as the toymaker seeks to save around $250 million and $300 million annually by the end of 2025.

Also in stock moves, Chevron (CVX) shares were down after reporting fourth quarter profit of $6.4 billion, down from the $11.2 billion in the third quarter. Ahead of Friday’s report Chevron, announced it was hiking its dividend by 6% along with massive $75 billion share repurchase plan.

Shares of American Express (AXP) rose after the credit card company reported fourth quarter net income of $1.57 billion. On a per-share basis, it had a profit of $2.07. American Express expects full-year earnings to be $11 to $11.40 per share.