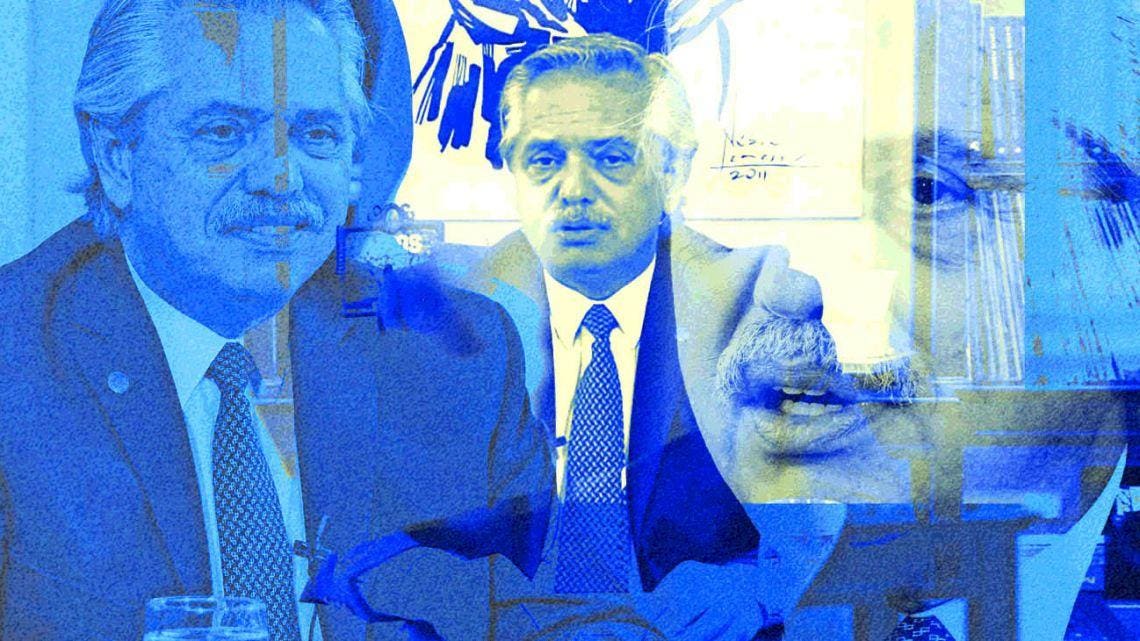 In late January, President Alberto Fernández participated in this year’s virtual gathering hosted by the World Economic Forum, normally held in Davos, Switzerland. From his cozy office at the Olivos presidential residence, the Peronist leader boasted about his administration’s response to the one-two punch of a global pandemic and Argentina’s chronic economic decrepitude, worsened by Covid-19’s global impact. The president highlighted how his Peronist brand of social-democracy managed to focus on “the discarded, those most vulnerable,” claiming it is high time to “leave behind this brand of hapless capitalism.” There seemed to be a certain disconnection with reality when Alberto touted the rapid recovery of the Argentine economy, which had seen some five months of sustained and robust economic growth, according to the president.

With one of the world’s highest inflation rates — which is currently on the rise — and almost out of foreign exchange reserves, Argentina’s government is looking at an array of price controls in order to keep a lid on the economy at least until October’s midterm elections. Lay-offs are prohibited by law. To a certain extent it feels as if they are once again covering the sun with their hand, so to speak, repeating failed experiences of the past and only kicking the can down the road. At one point in the president’s speech, he asked global leaders to push an “avant garde agenda, consistent with 21st century [goals],” which seems contradictory with certain pieces of legislation his administration has passed including a “home office law” and a new tax regime for the “knowledge economy” that only penalizes the private sector.

Whatever his intentions may be, it doesn’t feel as if Alberto is pushing a 21st-century agenda. Traversed by a global pandemic, and already two years into a recessionary cycle of stagflation, the government relied on printing copious amounts of pesos to finance emergency payments to individuals and corporations, while freezing public utility bills and using regulation to cap price increases in rentals, food and beverage, and telecommunications, to name a few. Yet, inflation jumped more than 36 percent over the past 12 months — marking a steep decline from 2019’s 54 percent with which Mauricio Macri left office — substantially outpacing wages. They didn’t seem to have a choice but spend being locked out of international debt markets.

While Economy Minister Martín Guzmán has signalled his intention to gradually close the fiscal deficit reducing subsidies in order to normalize energy costs, his government has already backtracked on increases, as it did with retirement and pension payments, putting further stress on the state coffers. Interestingly, these moves were attributed to Vice-President Cristina Fernández de Kirchner, a 21st-century character stuck in the ideological struggles of the 1970s. It was during CFK’s second presidency when the macroeconomic variables got out of whack, as she relied on increasingly stricter capital controls to keep the subsidies flowing, heating up the inflationary forces to the point where she intervened the official statistics bureau, INDEC, in order to try and tame expectations.

In order to imagine an avant garde agenda worthy of the 21st century, Argentina needs to fix its 20th-century problems. According to Federico Sturzenegger, head of the Central Bank

CPF
during the first half of the Macri administration, inflation is a revenue tool used by the government. In a column in Perfil, the use of the “inflation tax” will help the Fernández-Fernández administration rake in 1.1 trillion pesos, which, together with myriad taxes, dollar-denominated bond selling, and the one-time wealth tax, will allow it to cover its financing needs in 2021. “It helps that our society is much more concerned over the costs of lowering inflation than the costs of inflation,” Sturzenegger added. Using inflation to “dilute” or “licuar” costs and savings is the oldest trick in the book, and it hurts those in the bottom of the socio-economic ladder the most, as the former Central Banker points out. “Avoiding an immediate macroeconomic crisis doesn’t avert a credibility crisis that will sink investment rates to their lowest level in years, making growth impossible and pushing many Argentines to leave the country, taking with them their businesses and human capital.”

It must be noted that Alberto’s pan-Peronist Frente de Todos front inherited an imploded economy from Macri and his Cambiemos coalition. Macri promised it would rain dollars in the form of foreign investment and that inflation and poverty would tend to zero. While he received a ticking-time bomb from Cristina, he initially seemed to have disarmed it, only to see the economy blow up in his face at the first instance of financial tension in 2018. It was all downhill from there. And after that we had a global pandemic.

A recent report suggested Alberto is pushing a global statesman agenda, trying to align himself with Germany’s Angela Merkel and France’s Emmanuel Macron, along with Pope Francis. And while that sounds noble, Merkel and Macron defend multilateralism while their European Union is considering banning vaccine exports in the face of shortages and delays. If Alberto’s administration was able to put Argentina on a sustainable path to economic growth with inflation trending downward, he would leave his mark on history. It seems unlikely, though, when their response to inflation is price controls and pointing the finger at “speculators.”

This piece was originally published in the Buenos Aires Times, Argentina’s only English-language newspaper.

How To Destroy An Economy Using Inflation – Forbes