The DAVINCI Mission will carry a button-sized sensor to measure oxygen in Venus’ atmosphere.

The DAVINCI Mission is on course to study Venus, the second planet from Sun, in 2029 to understand its chemical composition and whether humans can inhabit it. A new paper details this daring mission, which will study Venus in unparalleled detail from near the top of the clouds to the planet’s surface.

DAVINCI will be the first mission to Venus to incorporate science-driven fly-bys and an instrumented descent sphere into a unified architecture, according to the new paper. It has been designed to act as a flying analytical chemistry laboratory and will analyse Venus’ temperature, atmosphere and also click a few photos of its trip.

It will also measure the amount of oxygen present near the surface of the planet. This will be made possible by Venus Oxygen Fugacity (VfOx), a small, button-sized sensor. The special thing to note about VfOx is that it will be designed, fabricated, tested, operated, and analysed by undergraduate and graduate students as the mission’s Student Collaboration Experiment.

“Understanding how much oxygen is contained in Venus’ atmosphere will be important in preparation for characterizing Venus-like worlds beyond our solar system with the JWST and future observatories. How much oxygen Venus has in its deepest atmosphere will help scientists study these remote worlds,” NASA said in a statement.

What is the DAVINCI Mission?

Last year, NASA selected the DAVINCI Mission as part of its Discovery programme. It is tentatively scheduled to launch June 2029 and enter the Venus’ atmosphere in June 2031.

The first fly-by of Venus will be six and half months after launch and it will take two years to get the probe into position for entry into the atmosphere over Alpha Regio under ideal lighting at “high noon”, said NASA.

DAVINCI has the goal of measuring the landscapes of Venus at scales ranging from 328 feet (100 metres) down to finer than one metre. NASA said that such scales enable lander style geologic studies in the mountains of Venus without requiring landing.

It has been named after visionary Renaissance artist and scientist Leonardo da Vinci.

Why is NASA sending a mission to Venus?

Venus is often called the Earth’s twin because it is similar in size and density. The two planets may have started off similarly, but there are vast differences between them now.

A mission to Venus will help scientists understand the Earth better. Venus has very high temperature (471 degrees Celsius) with a carbon-rich atmosphere that traps the heat the same way greenhouse gases do on Earth.

Curious Kids: Why does it matter if Pluto is a planet or a dwarf planet? – National Post

Have you ever looked at a seal and thought, Is that the same seal I saw yesterday? Well, there could soon be an app for that based on new seal facial recognition technology. Known as SealNet, this seal face-finding system was developed by a team of undergraduate students from Colgate University in New York.

Taking inspiration from other technology adapted for recognizing primates and bears, Krista Ingram, a biologist at Colgate University, led the students in developing software that uses deep learning and a convolutional neural network to tell one seal face from another. SealNet is tailored to identify the harbor seal, a species with a penchant for posing on coasts in haulouts.

The team had to train their software to identify seal faces. “I give it a photograph, it finds the face, [and] clips it to a standard size,” says Ingram. But then she and her students would manually identify the nose, the mouth, and the center of the eyes.

For the project, team members snapped more than 2,000 pictures of seals around Casco Bay, Maine, during a two-year period. They tested the software using 406 different seals and found that SealNet could correctly identify the seals’ faces 85 percent of the time. The team has since expanded its database to include around 1,500 seal faces. As the number of seals logged in the database goes up, so too should the accuracy of the identification, Ingram says.

As with all tech, however, SealNet is not infallible. The software saw seal faces in other body parts, vegetation, and even rocks. In one case, Ingram and her students did a double take at the uncanny resemblance between a rock and a seal face. “[The rock] did look like a seal face,” Ingram says. “The darker parts were about the same distance as the eyes … so you can understand why the software found a face.” Consequently, she says it’s always best to manually check that seal faces identified by the software belong to a real seal.

Like a weary seal hauling itself onto a beach for an involuntary photo shoot, the question of why this is all necessary raises itself. Ingram believes SealNet could be a useful, noninvasive tool for researchers.

Of the world’s pinnipeds—a group that includes seals, walruses, and sea lions—harbor seals are considered the most widely dispersed. Yet knowledge gaps do exist. Other techniques to track seals, such as tagging and aerial monitoring, have their limitations and can be highly invasive or expensive.

Ingram points to site fidelity as an aspect of seal behavior that SealNet could shed more light on. The team’s trials indicated that some harbor seals return to the same haulout sites year after year. Other seals, however, such as two animals the team nicknamed Clove and Petal, appeared at two different sites together. Increasing scientists’ understanding of how seals move around could strengthen arguments for protecting specific areas, says Anders Galatius, an ecologist at Aarhus University in Denmark who was not involved in the project.

Galatius, who is responsible for monitoring Denmark’s seal populations, says the software “shows a lot of promise.” If the identification rates are improved, it could be paired with another photo identification method that identifies seals by distinctive markings on their pelage, he says.

In the future, after further testing, Ingram hopes to develop an app based on SealNet. The app, she says, could possibly allow citizen scientists to contribute to logging seal faces. The program could also be adapted for other pinnipeds and possibly even for cetaceans. 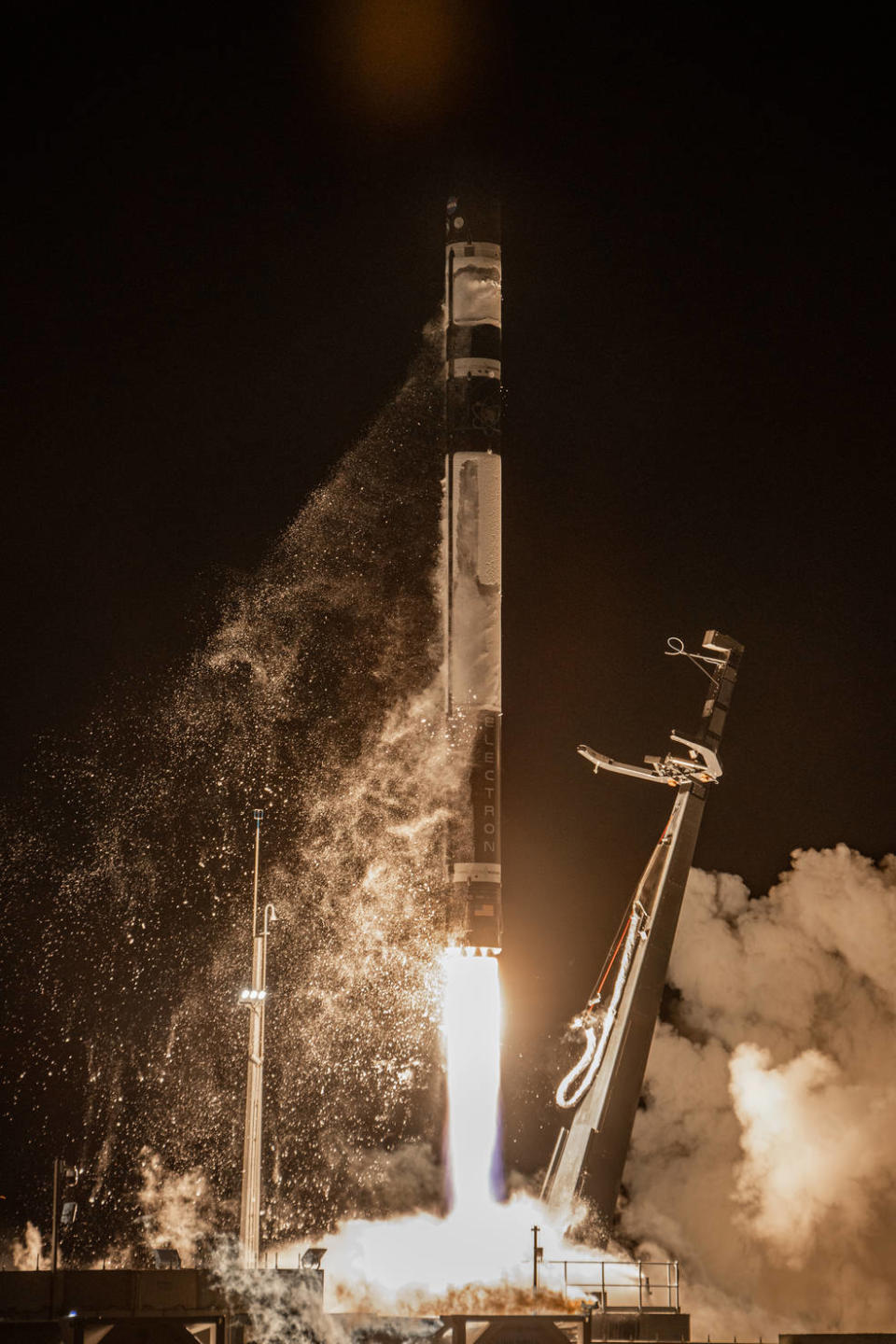 Nasa has launched a tiny CubeSat this week to test and orbit which will soon be used by Gateway, a lunar space station.

Jim Reuter, associate administrator for the Space Technology Mission Directorate, said: “Capstone is an example of how working with commercial partners is key for Nasa’s ambitious plans to explore the moon and beyond.

“We’re thrilled with a successful start to the mission and looking forward to what Capstone will do once it arrives at the Moon.”

The satellite is currently in low-Earth orbit, and it will take the spacecraft about four months to reach its targeted lunar orbit.

Capstone is attached to Rocket Lab’s Lunar Photon, an interplanetary third stage that will send it on its way to deep space.

Over the next six days, Photon’s engine will periodically ignite to accelerate it beyond low-Earth orbit, where Photon will release the CubeSat on a trajectory to the moon.

Capstone will then use its own propulsion and the sun’s gravity to navigate the rest of the way to the Moon.

The gravity-driven track will dramatically reduce the amount of fuel the CubeSat needs to get to the Moon.

Read more: There might once have been life on the moon

Bradley Cheetham, principal investigator for CAPSTONE and chief executive officer of Advanced Space, “Our team is now preparing for separation and initial acquisition for the spacecraft in six days.

“We have already learned a tremendous amount getting to this point, and we are passionate about the importance of returning humans to the Moon, this time to stay!”

At the moon, Capstone will enter an elongated orbit called a near rectilinear halo orbit, or NRHO.

Once in the NRHO, Capstone will fly within 1,000 miles of the moon’s north pole on its near pass and 43,500 miles from the south pole at its farthest.

It will repeat the cycle every six-and-a-half days and maintain this orbit for at least six months to study dynamics.

“Capstone is a pathfinder in many ways, and it will demonstrate several technology capabilities during its mission timeframe while navigating a never-before-flown orbit around the Moon,” said Elwood Agasid, project manager for Capstone at Nasa’s Ames Research Center in California’s Silicon Valley.

“Capstone is laying a foundation for Artemis, Gateway, and commercial support for future lunar operations.”

Nasa estimates the cost of the whole Artemis mission at $28bn.

It would be the first time people have walked on the moon since the last Apollo moon mission in 1972.

Just 12 people have walked on the moon – all men.

Nasa flew six manned missions to the surface of the moon, beginning with Neil Armstrong and Buzz Aldrin in July 1969, up to Gene Cernan and Jack Schmitt in December 1972.

The mission will use Nasa’s powerful new rocket, the Space Launch System (SLS), and the Orion spacecraft.

Summer is here and with it? Sunshine – and some serious moonshine (of the visible variety, of course). This upcoming month, look up in anticipation of the biggest and brightest event of the year, the July Buck supermoon – which will hover over North America on July 13th.

Appearing 7% larger and lower in the sky, this particular event will be one well worth keeping an eye on when it rises above the horizon.

This will be the closest we’ll get to our celestial neighbour in 2022 (357,418 km) and while North America won’t get to see it when it reaches peak illumination at 2:38 pm ETC., it’ll still look pretty dang impressive after the sunsets.

Not sure when the moon rises in your area? Here’s the earliest that you’ll be able to see the moon in various cities across the continent according to the Farmer’s Almanac.

Until then, cross your fingers for a clear sky, friends! It’s going to be incredible.

With a curated slate of what matters in your city, Curiocity presents you with the most relevant local food, experiences, news, deals, and adventures. We help you get the most out of your city and focus on the easy-to-miss details so that you’re always in the know.