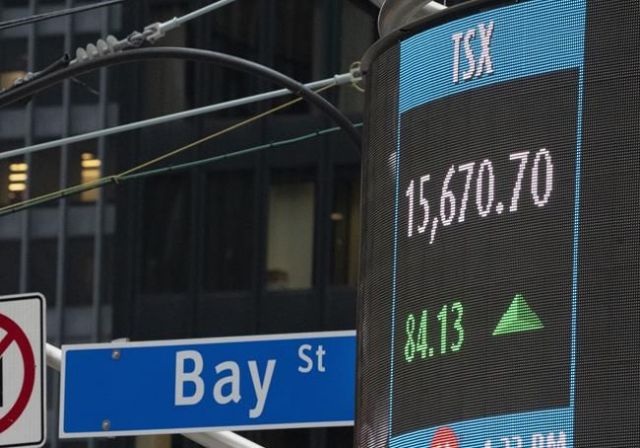 The Canadian dollar traded for 75.08 cents US compared with 74.91 cents US on Thursday.

2 new COVID-19 cases in N.S. amid exposure warnings on 2 flights and at gas station – CBC.ca

Yiu said AHS also plans to increase the number of people who do contact tracing to 1,800 by the end of the year. She said it has been challenging to keep up with the demand following the surge in cases over the past six weeks.

Meanwhile, health-care workers are asking Albertans to stay home if they can and wear a mask at all times if they have to go out in public. In a media release on Friday, United Nurses of Alberta president Heather Smith said health-care workers won’t be able to get the virus under control if Albertans don’t follow public health measures. 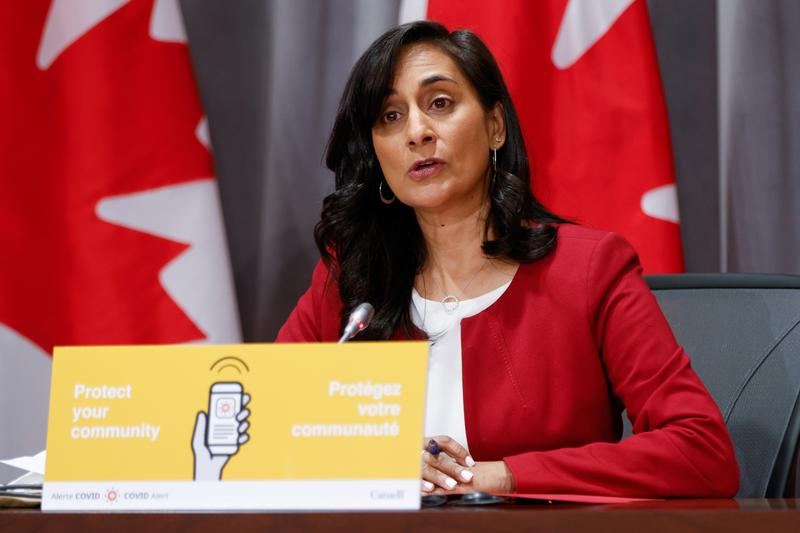 OTTAWA (Reuters) – Canada has doubled the number of doses of Moderna Inc’s COVID-19 vaccine it has on firm order, Procurement Minister Anita Anand said on Friday, while the country’s top doctor warned that daily new cases could top 10,000 by January.

“Canada is exercising options for an additional 20 million doses of the Moderna vaccine candidate. This will bring Canada’s total allotment of this vaccine to 40 million doses to be delivered in 2021,” Anand said at a health briefing.

A regulatory review of the Moderna vaccine is ongoing. Canadian health authorities are expected to approve Pfizer Inc’s competing vaccine candidate within the next week. The country has signed supply deals with seven manufacturers.

Canada reported 6,495 new cases of COVID-19 on Thursday, as infections surge across the country. Ontario, one of the worst-hit provinces, tightened restrictions in three areas on Friday, but did not expand lockdowns.

“If we stay on the same trajectory, we could reach 10,000 cases daily by January,” Canada’s chief public health officer, Theresa Tam, said, edging back earlier estimates that Canada would hit that landmark by mid-December.

Officials warned that Canadians will need to remain vigilant to slow the spread of the virus, even as vaccines begin to be rolled out. Canada is readying a plan to distribute the first six million doses of the Pfizer and Moderna vaccines in early 2021.

Anand said she is hopeful Canada will start getting vaccine shipments as soon as January and downplayed comments by Alberta Premier Jason Kenney, who earlier this week said his province had been assured shipments would start arriving by Jan. 4.

“We are working with a timeframe … of Q1 2021,” she said. “We are very hopeful it will be within the January timeframe,” she added.

Anand also said FedEx Corp and Innomar Strategies, a Canada-based division of AmerisourceBergen, had been contracted by the federal government to provide logistical support on vaccine delivery.

Reporting by Julie Gordon in Ottawa; Editing by Leslie Adler and Grant McCool

The S&P/TSX Composite Index rose 39 points on December 3. Canadian stocks have gained considerable momentum in the late fall after stuttering a little to start this season. Moreover, investors have reason to celebrate, as vaccines are coming down the pipe in early 2021. With luck, we will see a return to normalcy. Today, I want to look at two TSX stocks that can still offer explosive growth in the near term. Let’s dive in.

Why I’m still bullish on this TSX stock

Casinos and hotels across North America took a massive hit due to the COVID-19 pandemic. Great Canadian Gaming (TSX:GC) is a Richmond-based company that operates gaming and entertainment facilities across the country. Back in the summer, I’d suggested that investors should be ready to jump on this TSX stock. Its shares have climbed 40% over the past three months as of close on December 3.

The stock surged on news that the private equity firm Apollo Global Management offered $3.3 billion for the casino firm. However, this has received pushback from shareholders.

Great Canadian Gaming released its third-quarter 2020 results on November 10. Predictably, the suspension of operations for most of the third quarter resulted in a major pullback in revenues, profit, and EBITDA. However, the company reiterated that it was moving forward with its GTA capital-development programs.

This TSX stock is still positioned for big things once this subsector gets back into operation. Prime Minister Justin Trudeau has said that most Canadians will be vaccinated by September 2021. That is good news for the casino industry, even if it must deal wit headwinds in the next few months.

This technology stock erupted over the past week

Earlier this week, I’d discussed the surge for BlackBerry (TSX:BB)(NYSE:BB). The TSX stock soared on news of a collaboration with Amazon that will forward BlackBerry’s automotive software reach. Its shares have climbed 24% week over week as of close on December 3.

Investors can expect to see BlackBerry’s third-quarter fiscal 2021 results on December 17. BlackBerry has been inconsistent for investors looking for an explosive technology stock. However, this collaboration with Amazon has huge potential. The cloud software, called IVY, will allow automakers to read vehicle sensor data and improve systems and performance. BlackBerry’s automotive software QNX is already used in 75 million vehicles around the world.

Its promising footprint in automotive software isn’t the only reason to snag this TSX stock. The company has also made huge strides in cybersecurity. Its $1.4 billion acquisition of Cylance added a dynamic presence to its cyber security stable. The company should continue to boost BlackBerry’s artificial intelligence and IoT capabilities. This is great news for investors.

Shares of BlackBerry last had a solid price-to-book value of 2.1. A better-than-expected Q3 FY2021 could push the TSX stock to have an even more impressive December. I’m targeting BlackBerry in late 2020 and early 2021.

On the topic of Amazon and AI stocks…

WHAT in the world could be worth “35 Amazons”? The answer is a radical breakthrough that Wired says is “the rocket fuel of the AI boom.”

We encourage you to act quickly if you want to get in on this opportunity, because the story of the coming boom is already starting to leak out and this trend looks ready to take off.

Simply click on the link below to get more information.