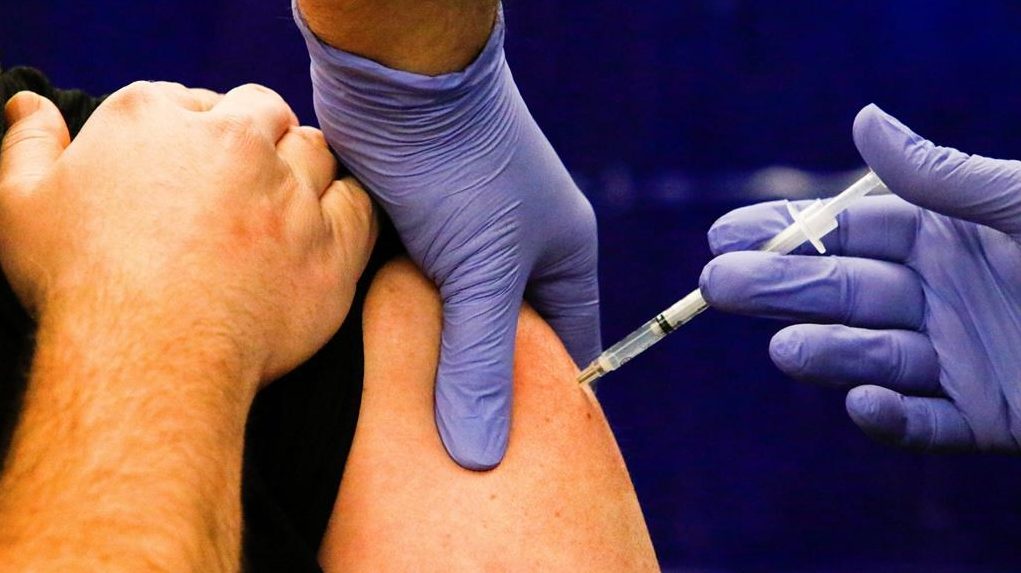 Provincial health officials say they are delaying administering the second dose of the Pfizer-BioNtech COVD-19 shot in order to deal with a temporary disruption in delivery of the vaccine.

Ontario’s Chief Medical Officer of Health, Dr. David Williams, says long-term care residents along with their essential caregives and staff who have already received the first dose will now get the second dose in 21 to 27 days.

Williams says all other recipients of the Pfizer-BioNtech vaccine will now get their second shot between 21 and 42 days after the first dose.

Those schedule for individuals who received the first dose of the Moderna vaccine will remain unchanged at 28 days for the second shot.

The province says if you have received the first dose of the vaccine, you will be contacted by your vaccination site if there are any changes made to the scheduling of the second dose.

Due to work to expand its European manufacturing facility, Pfizer-BioNtech said production of its COVD-19 vaccine will be impacted for a few weeks. As a result, Pfizer is temporarily reducing deliveries at its European facility to all countries receiving its vaccine, including Canada. 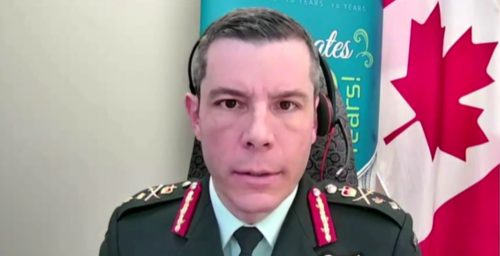 Canada has received its largest number of COVID-19 vaccine doses to date as February draws to a close.

At a press briefing on February 25, Major-General Dany Fortin said that 643,000 doses of Pfizer and Moderna’s vaccines have been distributed across the country this week alone.

Fortin said that a total of 440,000 doses of Pfizer’s vaccine would be delivered each week in March, which will round out the company’s first-quarter commitment of 4 million doses.

These next two deliveries will complete the company’s first-quarter commitment of 2 million doses.

“This is all good news for Canadians who are hoping to get vaccinated,” he said. “As we head into spring, we are collectively gearing up for what we call the ramp-up phase.”

Fortin revealed that Pfizer has begun to finalize weekly shipment numbers for the second quarter of the year.

The company is expected to send approximately 769,000 vaccine doses each week for the first two weeks of April.

While numbers for subsequent weeks are still being confirmed, Fortin said a total of 10.8 million Pfizer doses should arrive in Canada between April and June.

The country is still working with Moderna to finalize the company’s shipment dates and dosage numbers for the second quarter.

Dr. Howard Njoo, Canada’s deputy chief public health officer, said that 2.9% of the country has now received at least one dose of a COVID-19 vaccine, and 1.1% have been given two doses.

“We are on track to have [a] significant increase into the spring, and again into the summer,” Fortin said.

“The projection is that we have seen 88 million vaccines, of both approved products, in-country by September.

To date, 1,682,106 doses of approved COVID-19 vaccines have been administered across Canada.

The top indexes in the United States were down broadly in mid-morning trading on February 25. However, a handful of “meme stocks” were on the run again. In late January, the investing world was swept up in the reddit-fueled GameStop (NYSE:GME) craze. Its shares fell precipitously in early February, punishing those that bought late into the frenzy. Shares of GameStop were up nearly 50% in mid-morning trading today. What is behind this latest surge?

On Tuesday, Bloomberg News reported that GameStop’s chief financial officer Jim Bell was pushed out to make way for an executive with a vision more in line with Ryan Cohen. Cohen is an activist investor on the board and the co-founder of online pet-food retailer Chewy.com. His addition to the board sparked the big rush to GameStop stock.

The r/WallStreetBets board saw so much traffic that it went down after trading halted. GameStop was not the only “meme stock” to benefit from this social media-powered surge. We saw a handful of the same names putting together a solid mid-week spike. AMC Entertainment, which has suffered mightily in the cinema space during the pandemic, was up 10% in late-morning trading on February 25. Meanwhile, BlackBerry had failed to pick up any significant momentum.

Is there any reason to consider GameStop as a long-term investment?

Earlier this month, I’d suggested that investors should look elsewhere in the promising video game space. GameStop has been an amusing roller-coaster ride, but investing on the whims of a social media mob is usually not a recipe for success. More importantly, GameStop is in a tough position as brick-and-mortar retail looks to decline even further in the years ahead. It will need to dramatically reshape its business model to have a chance in this new economy.

Here are some stocks I like better than GameStop right now

I’d also suggested that investors may want to look at Cineplex (TSX:CGX). Canada’s top cinema operator has also struggled mightily during the pandemic. Indeed, movie theatres have barely been able to operate commercially over the past year. Still, shares of Cineplex have climbed 60% in 2021 so far. There are high hopes for a rebound in this industry as the economy reopens.

Cineplex cinemas will reopen in Ottawa and Cornwall this week. Its shareholders can look forward to a further return to regular operations in the weeks and months ahead. A flurry of box office draws that have been delayed have the potential to thrust Cineplex back to normalcy. GameStop’s business, however, does not have high hopes as currently constructed.

Copper Mountain Mining (TSX:CMMC) is a top base metals mining company in Canada. Copper and other commodities have erupted in late 2020 and early 2021. Shares of Copper Mountain Mining have climbed nearly 80% in the year-to-date period. The stock is up almost 500% from the prior year. Instead of betting on “meme stocks” like GameStop, investors can hop on the base metals bull run. This has a good shot to continue into the rest of 2021, as the global economy rebounds.


Fool contributor Ambrose O’Callaghan has no position in any of the stocks mentioned. David Gardner owns shares of GameStop. The Motley Fool recommends BlackBerry, BlackBerry, and CINEPLEX INC.

Sheriff: Tiger Woods 'had no recollection of the crash itself' – Golf Channel