The risk of a recession in Canada is rising as the economy runs out of room to grow amid high inflation, interest rate hikes and labour shortages, according to the Royal Bank of Canada.

The bank expects GDP growth to slow in Canada, from 4.5 per cent in 2021 to 4.2 per cent in 2022 and down to 1.9 per cent in 2023, said RBC’s latest macroeconomic outlook. Canada isn’t an outlier. Economies all over the world are slowing, and in fact, the United States, Italy and France, saw GDP actually fall in the first quarter of 2021 amid fallout from a fresh wave of COVID-19, supply chain problems and tight labour markets.

Those factors have put pressure on the Canadian economy as well, but it is still expanding. RBC said most of that growth is being driven by two sources: travel and high commodity prices. Canadians have resumed booking vacations, setting the travel industry up for growth through the summer. Meanwhile, higher prices for the commodities Canada exports, such as oil and gas, are padding the revenues of producers. That, along with an expected surge in oil and gas production after the spring maintenance season ends, will help keep GDP moving up.

But that’s where the good news ends, RBC said.

“Beyond that, the scope for any growth above trend is limited — and downside risks are building,” Craig Wright, senior vice-president and chief economist, and Nathan Janzen, senior economist, wrote in the report.

Inflation, and the corresponding interest rate increases from central banks trying to get it under control, are two such risks, RBC said. The rate of inflation climbed to 6.8 per cent in April, and RBC thinks it will keep growing as gas prices tick higher. Escalating prices of oil and fertilizer, supplies of which have been constrained amid Russia’s invasion of Ukraine, will also keep food prices climbing, lifting the overall inflation rate.

That’s where interest rates come in. Central banks the world over are implementing aggressive rate hikes in an effort to slow inflation. The Bank of Canada has already raised rates twice in a row by 50 basis points to bring the interest rate to 1.5 per cent. But it’s still “too low,” RBC said. It forecasts rates will hit 2.75 per cent by October.

However, there’s a chance interest rates could go higher than predicted and have an even greater impact. If expectations of persistent, elevated inflation become “entrenched,” as some fear, it will be harder for the Bank of Canada to bring it under control. That could mean even higher rates ahead, RBC said, because the central bank has made it clear it’s more worried about tackling inflation than keeping the economy growing. And that could set the economy up for a shock.

“The central bank is willing to hike rates higher if necessary, even if that risks pushing the economy into recession,” RBC said.

There are more headwinds slowing the Canadian economy. Labour shortages are also taking a big bite out of growth, RBC said. Job postings are 70 per cent higher than before the pandemic amid the lowest unemployment rate since 1976. If businesses don’t have enough staff, they can’t ramp up production, hitting economic growth.

Meanwhile, though transportation bottlenecks have eased, more supply chain problems are likely ahead if China keeps implementing rolling lockdowns to control the spread of COVID-19. That will also drag on growth.

Add all of it together, and Canada is set for a slowdown, if not an actual recession, said the RBC economists.

“At this point in the economic cycle, there’s limited room for future near-term growth. That means the next surprise in terms of the economic outlook is more likely to be downside than upside. And the most obvious downside risk is that central banks will need to hike interest rates more aggressively than we expect to tame inflation,” RBC said.

But even if the Bank of Canada were to stick to its path of bringing interest rates to “neutral,” between two and three per cent, GDP growth is still expected to slow. Interest rates at that level will soften economic growth by increasing household debt payments, bringing GDP to around one per cent per quarter in the last half of 2023, RBC said.

“Amid these conditions, it would not take a large downside growth surprise or further increase in interest rates to tip the economy into recession.” 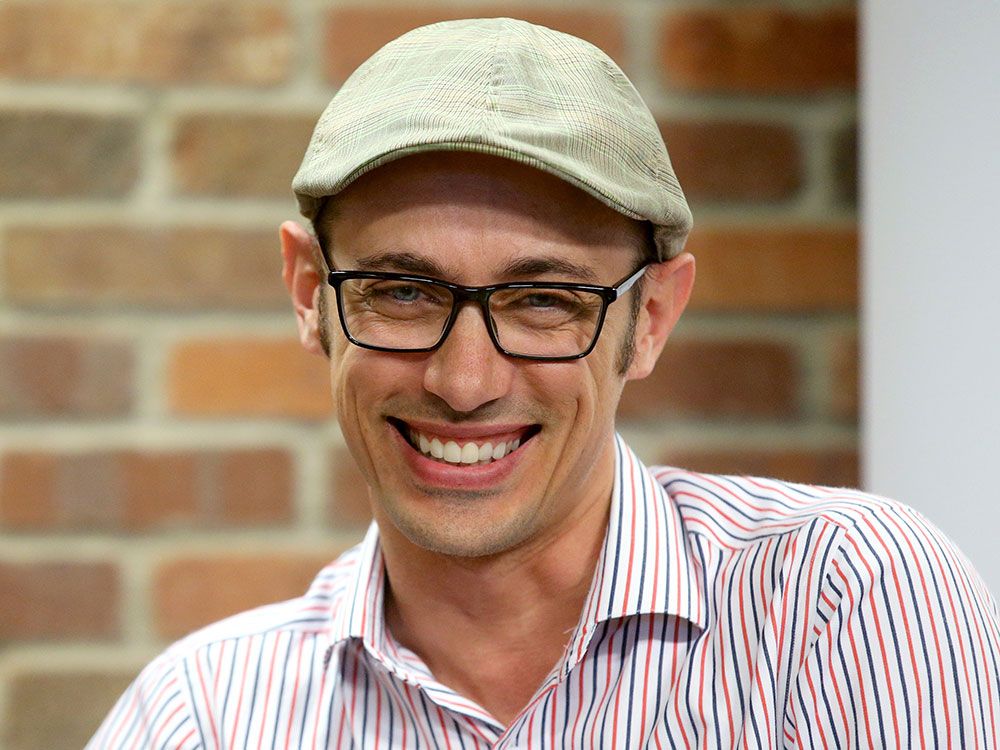 LÜTKE IN CONTROL Shopify Inc. shareholders approved a new share structure that guarantees chief executive Tobi Lütke retains 40 per cent voting power. The newly created “founder” share would help protect Shopify against an unwanted takeover, explains one expert. The Financial Post’s Barbara Shecter has the details of the vote and what founder’s share means for the company. Photo by Julie Oliver/Postmedia News

Canada’s trade surplus narrowed to $1.50 billion in April from a revised $2.28 billion in March, and came in below analyst forecasts of $2.9 billion.

Consumer goods led gains in imports, along with energy products, driven higher by the high cost of gasoline. 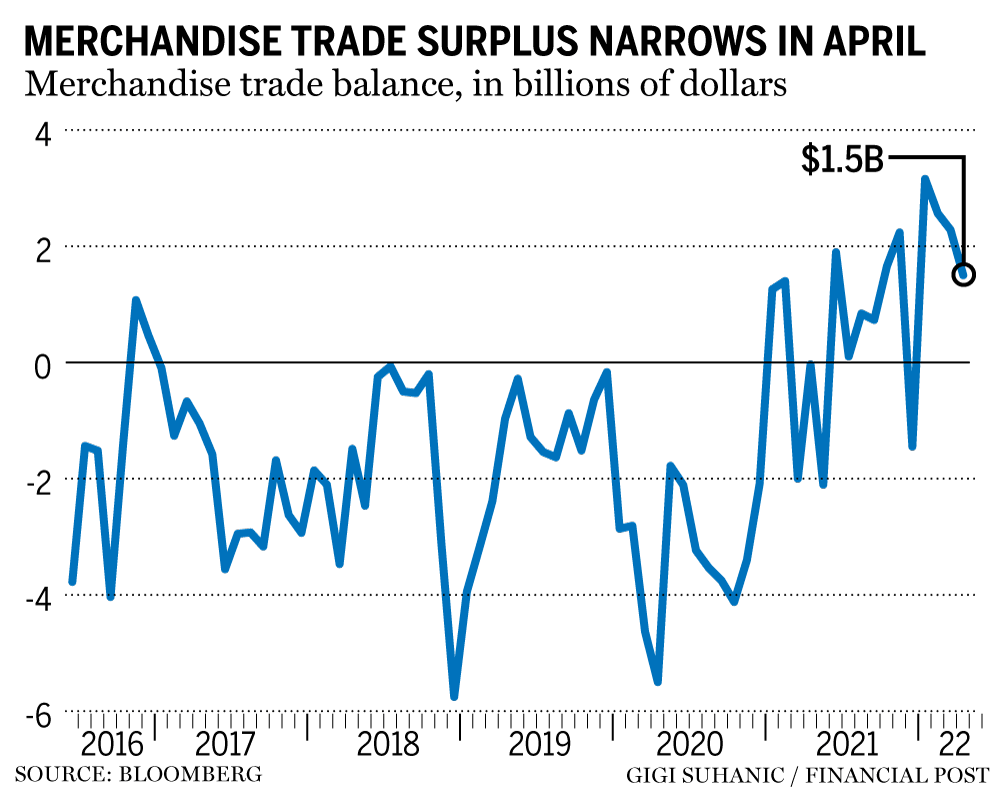 Up to 10 per cent of homes in Canada are uninsurable because of flooding, one insurance expert says, and the risk of flooding will continue to increase without government intervention.

Our content partner MoneyWise Canada offers some tips for homeowners on what they can do to determine and lower their risk of flooding.

Today’s Posthaste was written by Victoria Wells (@vwells80), with additional reporting from The Canadian Press, Thomson Reuters and Bloomberg.

Have a story idea, pitch, embargoed report, or a suggestion for this newsletter? Email us at posthaste@postmedia.com, or hit reply to send us a note.

Listen to Down to Business for in-depth discussions and insights into the latest in Canadian business, available wherever you get your podcasts. Check out the latest episode below: