Quebec City residents are being asked to avoid unnecessary trips to five emergency rooms that are struggling with staff shortages and overcrowding.

It adds that more than 500 workers were off the job for reasons related to COVID-19 as of Monday night.

Patients are being asked to avoid the emergency rooms unless they need critical care and to instead consult a clinic, a pharmacist or call the province’s 811 health hotline.

The notice comes as hospitals across the province are struggling to maintain emergency services and are being forced to partially close or redirect patients elsewhere.

This report by The Canadian Press was first published July 19, 2022.

YELLOWKNIFE — RCMP in the Northwest Territories have begun using roadside cannabis-screening technology that has faced criticism from defence lawyers elsewhere in Canada.

Mounties in the territory announced late last month that they had deployed devices designed to take a saliva sample and test for the presence of tetrahydrocannabinol, also known as THC, the main psychoactive substance in cannabis. They said the technology would help them detect impaired drivers and make roads safer.

But some criminal defence lawyers have raised concerns about these devices’ ability to deliver reliable test results, particularly in cold temperatures. They argue the technology isn’t effective at determining whether someone is impaired.

“It can lead to people being arrested who are actually innocent,” said Kyla Lee, a lawyer based in Vancouver.

Lee said research has shown the devices may be more likely to deliver false results in extreme cold temperatures, and movement during analysis could also affect outcomes. She added that while the devices can deliver either a positive or negative test result, they do not indicate how much THC may be in a person’s bloodstream.

Lee recently represented a Nova Scotia woman in a constitutional challenge of the law that allows for roadside drug testing technology in Canada.

Michelle Gray, who uses cannabis for multiple sclerosis, had her car impounded and her licence suspended for a week after she failed a cannabis saliva test at a roadside checkpoint in 2019, even though she passed a sobriety test that same night.

“The technology just doesn’t exist yet to allow police to make a determination of impairment via drugs using physical equipment,” Lee said.

Lee is awaiting a decision on the constitutional challenge in Nova Scotia. She said she expects there will be further court challenges in other Canadian jurisdictions where these devices are used, including the Northwest Territories.

There are two devices approved for roadside cannabis screening in Canada: the Drager DrugTest 5000 and the Abbott SoToxa mobile test system. The companies that manufacture the devices recommend they be used in temperatures no lower than 4 C and 5 C, respectively.

Cpl. Andree Sieber of the Regina Police Service, which began using roadside devices to detect cannabis use in early 2020, said officers bring drivers to their vehicles for testing to prevent issues with weather conditions or temperatures.

“We’ve used it throughout all seasons here in Regina,” she said. “We have very cold winters and some pretty nasty, snowy cold days and you have the person attend back to your vehicle with you where it’s heated and it’s not an issue.”

Sieber said the more THC a person has consumed, the more likely they are to show signs of impairment and to test positive.

The RCMP said roadside screening devices are just one tool they use to detect and investigate drug-impaired drivers alongside officers’ observations. They said field sobriety testing and drug recognition experts remain the primary enforcement tools.

“Police officers rely on what they see and hear, as well as what they smell when investigating impaired drivers,” the RCMP said in a written statement. “Regardless of how a drug is consumed, there are signs of that consumption and police are trained to recognized them.”

This report by The Canadian Press was first published Aug. 13, 2022. 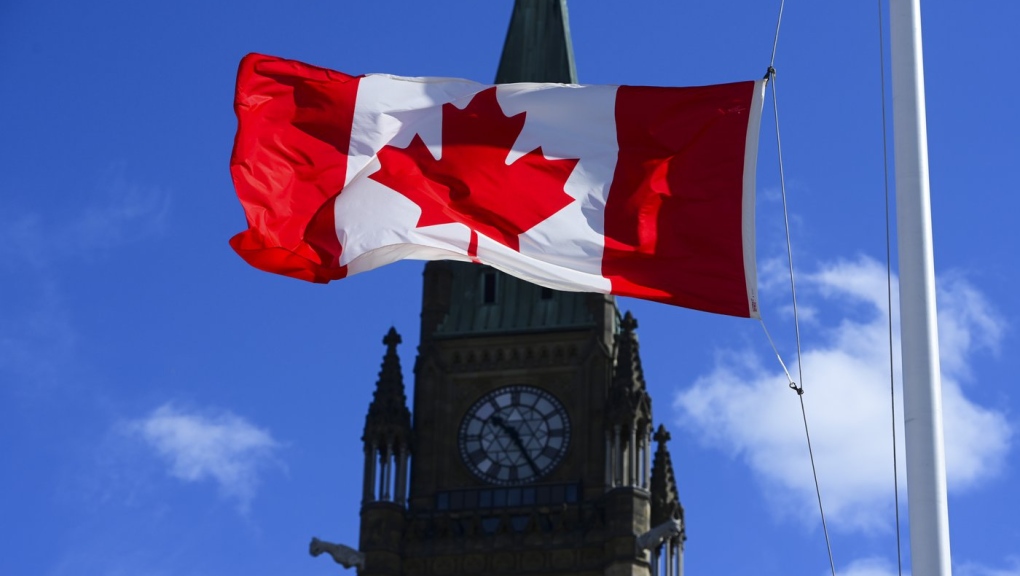 A new survey finds more Canadians report a strong attachment to their primary language than to other markers of identity, including the country they call home.

The survey, which was conducted by Leger for the Association for Canadian Studies, found 88 per cent of respondents reported a strong sense of attachment to their primary language, whereas 85 per cent reported the same for Canada.

The greater importance of language was especially notable among francophones and Indigenous Peoples.

Reports of strong attachment to primary language exceeded all other markers of identity, including geography, ethnic group, racialized identity and religious affiliation.

Of the markers of identity considered in the survey, Canadians were the least likely to report a strong sense of attachment to a religious group.

“I think many Canadians may be surprised by it, who may not think intuitively that language is as important as other expressions of identity that get attention,” he said.

Jedwab said people should be mindful of not downplaying the importance of language given how significant language can be to a community. He said language has a dual function of facilitating communication and being an expression of culture.

“There can be a tendency for people to diminish the importance of other languages,” he said.

The online survey was completed by 1,764 Canadians between July 8 and 10. It cannot be assigned a margin of error because online polls are not considered truly random samples.

For Canadians whose primary language is French, 91 per cent reported a strong sense of attachment to their language, in comparison to 67 per cent who reported the same sentiment for Canada.

In Quebec, more people reported a strong sense of attachment to their primary language than to the province.

Only 37 per cent of Canadians reported a strong sense of attachment to a religious group.

The findings come ahead of Statistics Canada’s latest census release on languages in the country, which is set to be published on Wednesday.

Jedwab said the census release will be especially important to Quebec, where there’s a close monitoring of the state of the French language in comparison to other languages.

The Leger survey also found more than half of francophone Quebecers say they know English well enough to hold a conversation. That’s in contrast to less than one in 10 English respondents in all provinces except Quebec and New Brunswick who say they can hold a conversation in French.

This report by The Canadian Press was first published Aug. 11, 2022.

Polio in Canada? Wastewater to be tested – CTV News 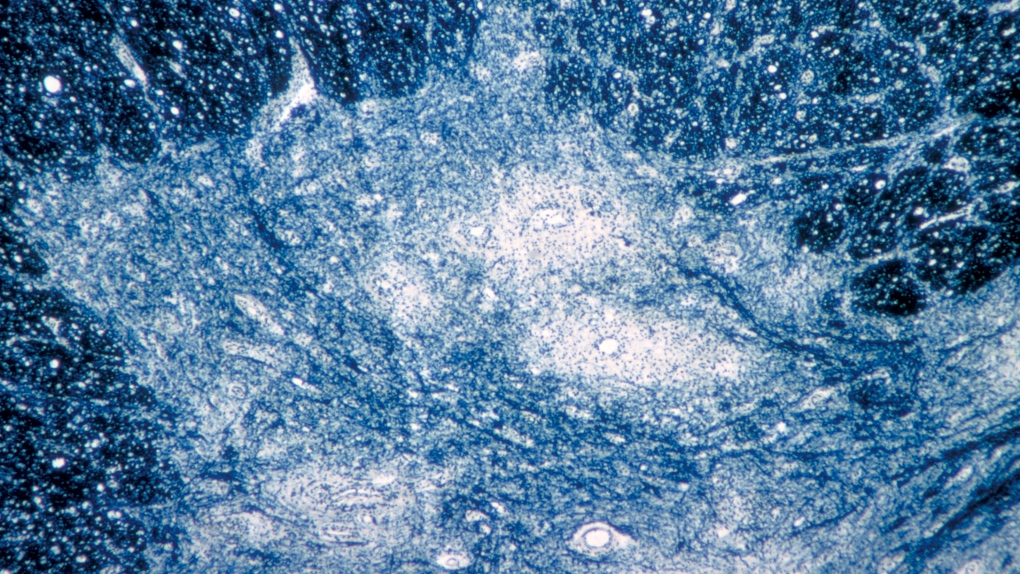 Canada plans to start testing wastewater in a number of cities for poliovirus following new reports of cases abroad, the Public Health Agency of Canada confirmed on Friday.

Although Canada has been polio-free since 1994 – thanks to uptake of the polio vaccine – PHAC warns it could return, since it is still circulating in other countries.

New York State confirmed a single case of polio on July 21, and the Associated Press reported on Friday that the virus that causes the highly transmissible paralytic disease has been detected in New York City’s wastewater.

In a statement emailed to CTVNews.ca on Friday, the Public Health Agency of Canada said it is aware of the confirmed case in New York, and that it plans to launch a wastewater testing initiative in Canada “as soon as possible.” So far, no recent cases of polio have been detected in Canada.

“PHAC has been communicating with national and international partners who are experts in this field to finalize a wastewater testing strategy,” the agency wrote, adding it will also begin testing wastewater samples collected earlier this year from key high-risk communities to determine if polio was present in Canada prior to the reported international cases.

“PHAC will also be sending samples to the U.S. Centers for Disease Control and Prevention for additional confirmation,” the agency wrote. It did not say when or where testing will take place.

Polio is often asymptomatic, but in some cases, the viral infection can lead to paralysis or death.

Since wastewater analysis can detect the presence of viruses in a community where asymptomatic cases might otherwise evade clinical detection, environmental scientist Mike McKay said it could be a valuable tool to public health agencies watching to see if the virus returns to Canada.

McKay is executive director of the University of Windsor’s Great Lakes Institute for Environmental Research. He leads a team that has analyzed wastewater samples from Windsor, Leamington, Amherstburg, Lakeshore, London, Sault Ste. Marie, North Bay and Thunder Bay throughout the pandemic. While wastewater analysis was used to monitor drug use in Canada prior to the pandemic, it was only with the arrival of COVID-19 that scientists like McKay first began using it to track the spread of viruses.

“Wastewater has been underutilized, overlooked for so long, and realizing what a potential resource it can be to aid our understanding of disease transmission through communities is exciting,” McKay told CTVNews.ca in an interview Friday.

Following the successful use of wastewater testing to track COVID-19, McKay said some of his colleagues at other institutions throughout Ontario have already begun using it to monitor for diseases like influenza and monkeypox.

“Recognizing its broader application to public health is really exciting, and we’re happy to be able to participate and help public health units in responding to COVID-19, and hopefully future outbreaks,” he said.

Nonetheless, PHAC warned that accurately testing wastewater for poliovirus is a developing, and imperfect, science. For example, wastewater detections can be affected by extreme precipitation events, such as flooding in a community.

The agency said it’s important that children are fully immunized and up-to-date on their boosters, as countries where the virus isn’t normally found – such as the United Kingdom, Israel and the U.S. – report new cases.

“While the general risk to the Canadian public from polio remains low, these international cases are a good reminder to stay up-to-date with vaccinations, even for rare vaccine-preventable diseases,” the agency wrote.

Charting the Global Economy: US Inflation Comes Off the Boil – BNN Bloomberg