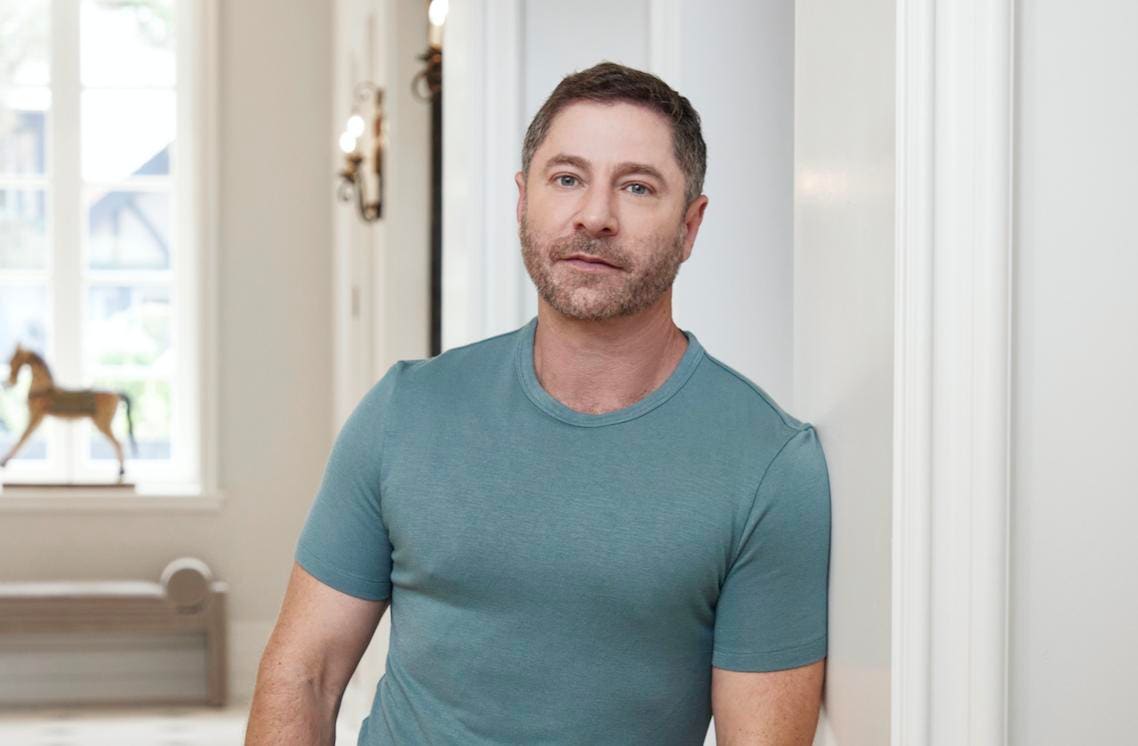 It’s not enough to simply represent the world’s most expensive homes; you have to know how to sell them and who you’re selling to, according to real estate powerhouse Aaron Kirman. Kirman is a Los Angeles-based real estate agent and CEO/founder of the Aaron Kirman Group at Compass, where he runs a 90-person team. Consistently ranked as one of the top five luxury real estate agents in the U.S. by Wall Street Journal, Kirman has more than $9 billion in luxury home sales, which includes some of the most headline-grabbing homes in Los Angeles. He also starred in CNBC’s Listing Impossible, which follows Kirman and his team behind-the-scenes as they sell multi-million estates in the L.A. area.

In a time when social media and television make it look easy to sell luxury homes, Kirman’s success as one of the most trusted agents didn’t happen overnight. Rightfully so, Kirman’s hustle and connections have gotten him to where he is. This includes putting in the work to gain respect and trust from some of the world’s wealthiest individuals for them to trust him as their agent.

“When I started, real estate was a mom and pop business or a side gig for anyone over the age of 50,” he tells Forbes. “Now it’s this high-profile, high-gloss, high glamor industry. Everybody and their mom wants to be a real estate agent. The stakes are a lot bigger, the numbers are a lot bigger, and the competition is a lot more fluid. But it’s certainly a very exciting, fun, and interesting business that has only continued to grow and is an amazing challenge every single day.”

Of course, any up-and-coming agent is gunning to sell the types of homes Kirman does, like this $150 million home at Stradella Court in Los Angeles, a $45 million Florentine-style estate in the Palisades, or The One—once L.A.’s most expensive home that ended up selling for $141 million. But that’s rarely the starting point for any agent.

“Unlike a lot of my peers, I didn’t grow up in the Beverly Hills world, so I didn’t have any contacts with people I work with now,” he says. “I would say it didn’t happen overnight and it was definitely a progression. One thing I did right starting when I was young was that I specialized in cool houses. I made my specialty the ‘cool house’ focusing on good design and good architecture. That ultimately led me to selling houses from renowned architects like Rudolph Schindler, Pierre Koenig, John Lautner, and Frank Lloyd Wright.”

Over time, Kirman developed a reputation for representing architecturally significant properties which became very popular for high-profile buyers from the fashion and arts world in the mid-2010s until now. That kind of art and fashion buyer, he said, eventually lead to more celebrity sales. Today, he has represented buyers from royal families around the world, including Middle Eastern royal families in Kuwait, Qatar, and more, and billionaires in Russia and China.

“There are a few things that set a level of trust; one is personal relationships,” he says. “It’s not always just based on business, it’s based on people knowing who you are. Be as authentic as you can because people like authenticity. The second thing that increases trust is that I never ever sell anything to just sell it. I always have our clients’ best interests. I officially talk clients out of more property than I do talk people into property—at least as a buyer’s agent. As a listing agent, it’s my job to sell. But as a buyer’s agent, I am very discerning with what I sell people, even if they don’t want my opinion on the good or the bad.”

He’s created such a level of trust that many of his clients fly him out to other countries so he can take a look at properties—even if he’s not a localized expert or profiting from the transaction.

“I’m very honest and I’m very forthright because that’s how I built such a huge base of people coming back to me over and over again,” he says, adding that if you’re a top agent in L.A. you’re a top agent in the world. “L.A. is one of the most competitive real estate markets in the world, not only because of the price point but because there’s so many agents that compete in the same market, and it’s the only city where you have multi-billion-dollar agents competing over and over again. I try to stay in my lane and define who I am.”

That also includes focusing on innovation, and Kirman is heavily investing in technology, including a new technology platform for his company.

“We were literally the first to basically go mostly all-tech, first before that was even a thing, and we’re always experimenting, playing, and getting out of our comfort level to try to see what is going to work and what’s going to be the next thing,” he says. Even with his success, Kirman says the current market is downright the most challenging he’s navigated in his 26 years in real estate.

“I’ve never seen a market like this which makes it hard for me to circumnavigate because it doesn’t have the same tonality that other changing marketplaces once had,” he says. “Historically, when you have a softening market, you have increasing inventory. We know why the market is softening: interest rates, stock market volatility, crypto volatility, the war in Ukraine, the energy crisis, and inflation. I mean we know what’s happening, but the tricky part is people are also holding onto their properties and not selling. We’re getting hit all the way around. Because we have houses that are harder to sell, we’re entering a buyer’s market, but there’s not a whole lot of inventory for buyers to buy.”

The first Toronto-area condominium project cancellation of the year has been registered by Aspen Ridge Homes, an arm of the De Gasperis family group of companies.

On January 26, investors who put down deposits to buy a condo at the project known as Union Margo on 1735 Bur Oak Ave., in Markham, Ont., received a letter from Union High Rise Inc. – the corporate entity set up to build a 20-storey building – with notice that they would be receiving their deposits back and their agreements of purchase and sale were cancelled.

According to the Home Construction Regulatory Authority, 176 agreements were cancelled, out of a potential 246 units that were planned for the building.

Aspen Ridge began marketing the project for sale in 2019 without having planning approval to build the 20-storey tower as part of an existing mid-rise condo project that was already under way. In 2020, Aspen Ridge made use of home warranty provider Tarion’s “unavoidable delay” protections – which can allow builders to push back important progress dates that are spelled out in contracts – and notified investors that the COVID-19 pandemic would create unknown delays.

Nevertheless, the company blames the City of Markham in its letter to investors, saying “The City’s inability to address the site’s outstanding planning issues in a reasonable and timely manner has resulted in today’s announcement.”

Beginning sales before planning is in hand is a standard practice in Toronto-area condominium development, though the risks of delays have risen in recent years thanks to spiralling construction costs and the increasingly high interest rates that are making debt more expensive.

Condominium analyst Pauline Lierman, Vice President Market Research with Zonda Urban, argues the cancellation is likely not a sign of financial distress for Aspen Ridge, which is part of the multi-billion-dollar TACC/Condrain group of companies that has dozens of projects scattered around the region.

Outright cancellations have been relatively rare in recent years, after Ontario condo investors saw a record number of contracts being annulled in 2018: a dozen projects accounting for more than 5,600 apartments were cancelled that year. “Last year was the lowest number of units cancelled in apartments since 2016: 379 units,” said Ms. Lierman.

The main damage to Aspen Ridge is likely to be reputational, as the company suggested in its letter to investors.

“We know that the termination of your purchase agreement will be a disappointment. It was to us as well,” the letter reads. “For decades, Aspen ridge has worked [sic] relentlessly to earn an unparalleled reputation … Determined to maintain that good reputation with those affected by the unique circumstances that forced the termination of Union Margo agreements, we are prepared to offer you additional benefits beyond those owed to you under Tarion.”

Self-identified investors who discussed the “additional benefit” online described it as a cash payment over and above the return of their deposit, which has accrued interest for some parts of the three years since the project began selling in 2019.

But there are questions in the industry as to whether cancellations even cause much in the way of reputational damage.

“The last time we saw a wave of cancellations in 2018, the large developers were able to subsequently launch other projects in the following years with no impact on sales. It’s really the small developers that generally don’t recover from a cancellation,” said Shaun Hildebrand, president of real estate analysts Urbanation Inc.

According to Mr. Hildebrand, two formerly cancelled projects relaunched in late 2022 with sales “that were fairly in line with other launches”: Highlight of Mississauga and Vic Condos. He expects that Aspen Ridge will also eventually relaunch the Margo project – without the initial investors – once zoning is obtained.

“They are a large, reputable developer with a long track record in the GTA, so I don’t think one cancellation will dent their reputation,” he said.

Rates may have peaked, but economy remains fragile – BBC