Over the past two months, Beth Johnstone has enjoyed a change of pace.

As part of their COVID-19 response back in March, the County of Simcoe asked county employees who had previously been working in sectors deemed non-essential to volunteer to be redeployed to essential areas, such as long-term care.

Johnstone, who worked in employment services for Ontario Works at the Orillia office, took them up on their offer.

“I’ve always liked social-work kinds of work,” said Johnstone. “That’s always been my focus since getting my diploma back in my early 20s. I’ve been attracted to working with people who are disadvantaged or struggling with something.”

Day to day, Johnstone had previously been working with people who were having challenges getting back to work. It was her job to work one on one with them to figure out strategies to help them move forward.

When the branch was closed to the public temporarily after the virus hit, Johnstone had the option of working from home, but her slow, rural internet connection prevented that possibility.

“I was eager to help with long-term care,” she said. “When I read that long-term care was in a situation that needed as many resources as possible to deal with this pandemic, I thought it was somewhere I actually could help.”

As of April 2, Johnstone has been redeployed temporarily to work in long-term care at Trillium Manor in Orillia.

“There was a lot of news coverage about the risk in long-term-care facilities of spread,” she said. “I was a little trepidatious, however – maybe it’s my optimistic outlook – there certainly were a lot of precautions in terms of PPE (personal protective equipment) that were strictly enforced. I was reassured.”

Through the redeployment program, county staff that had previously worked in any of the shuttered departments have been given the option of being re-trained to help out with some of the essential services.

“At first, the priority was to have a screener at the door when they were open to make sure anyone coming into the building and going out was feeling well,” said Johnstone. “That was sort of my first posting.”

As the situation evolved and volunteers and family members were not allowed in the homes, there was plenty for Johnstone to help out with as part of her redeployment.

“I asked if there were other ways I could help. I was sent to help with the personal support workers during mealtime to feed the residents. Sometimes the physiotherapists could use a helper (to get residents) in and out of wheelchairs,” she said.

Sometimes, residents could just use some company. In those cases, Johnstone has taken residents on small walks and talks around the facility, played cards with them, or done puzzles.

“There’s just little things like that all over the place where I can be helpful,” she said. “I often will hear a lovely story from a senior who will tell me where they grew up, some of their family history, or how many siblings they had. You hear some funny stuff.”

Johnstone had never worked in long-term care prior to her redeployment.

“This was such an eye-opener for me,” she said. “It certainly made me realize that life is finite and precious and you really want to make sure you appreciate every day you’ve got.”

Johnstone said she’s regularly been in awe of the front-line staff working in long-term care.

“They’re working incredibly hard. They know all the individual needs of their residents and there’s a lot of care and patience they demonstrate toward them,” she said.

As of June 8, Johnstone says she hasn’t yet been given a return-to-work date.

“I’m going to miss the folks that I’ve come to know here – both residents and staff,” she said. “It will be such different work (to return to). Usually I’m on a tight, tight appointment schedule with clients on Ontario Works. This has been a bit of a freeing break, however I’m also missing the clients I saw on a regular basis.”

“I’m fine with the way things are, for now,” she said. “It really has been a lovely experience.” 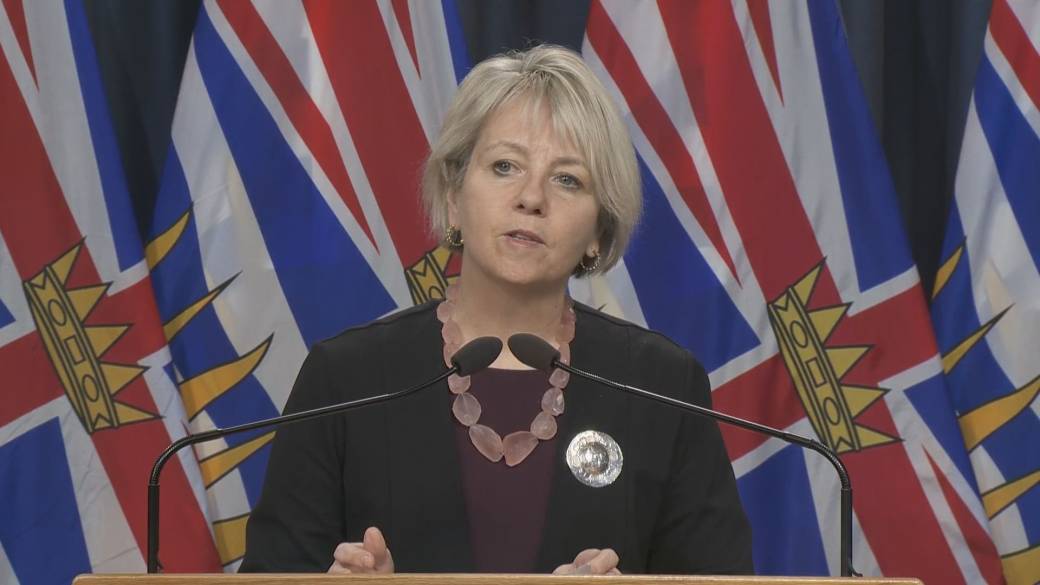 A recent trip by a B.C. oldtimers’ hockey team to Alberta was responsible for dozens of cases of COVID-19, according to the province’s top doctor.

Henry would only say the team was from the Interior, and that upon their return the virus spread into the community, leading to “dozens of people who are infected.”

“It was an adult oldtimers’ hockey team that felt it was important to continue their travel and games across the border,” Henry said Wednesday.

“For many adults it’s a very important part of their socialization — and that, right now, is risky.”

Henry said the team had returned and spread the virus to their family members, workplaces, long-term care and the broader community.

“Nobody intended to do this,” she said.

“I know that people feel like, ‘Oh, it’ll be OK, we’ve not had any virus here, we will be fine.’ But this is just another cautionary tale that right now you cannot take these types of licence from the restrictions we’ve put in place.”

British Columbia has not imposed an order banning travel, but officials have called on residents and visitors not to leave their communities unless absolutely necessary.

However, travel for sport was explicitly banned in the province’s most recent round of COVID-19 restrictions.

While the majority of new cases continue to crop up in the Lower Mainland, numbers have also been trending upward in the Interior and Northern Health regions in recent weeks. 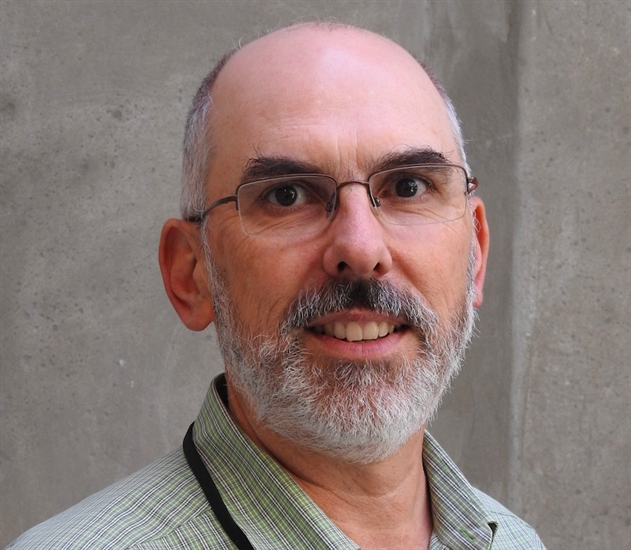 Provincial health officer Dr. Bonnie Henry often praises the vast majority of B.C. residents who are following the rules in trying to prevent the spread of COVID-19.

During today’s COVID-19 media briefing in Victoria, Dr. Henry was asked about recent gatherings of about 100 people in each of Fort St. John and Dawson Creek who opposed mask wearing. She noted there were church groups meeting on the weekend as well as hockey teams travelling out of province, but said those are small numbers of people doing such things.

“Yes there are people who are flouting the rules, that’s why we have orders that allow people to be fined, and we have implemented some of the measures that we needed to take to close down places and disperse gatherings,” she said. “It makes you really angry to see the small groups of people who are trying to make a point and are misguided.”

But, she reiterated, they are in a minority.

“I also believe, in a crises like this, if we appeal to people’s better natures, that comes out,” she said.

Dr. de Villiers said the rising number of cases in Kelowna and the cluster of cases in Revelstoke don’t stem from any particular event or individual.

The cases in Revelstoke now total 46 people who live in the Interior Health region. Travellers who live elsewhere are not counted in those numbers.

Some cases did come from travellers while others revolved around homes shared by a number of people who then took it to work, Dr. de Villiers said, adding there’s even a rumour someone may have spread it during a visit to a hot springs.

To contact a reporter for this story, email Rob Munro or call 250-808-0143 or email the editor. You can also submitphotos, videos or news tips to the newsroom and be entered to win a monthly prize draw. 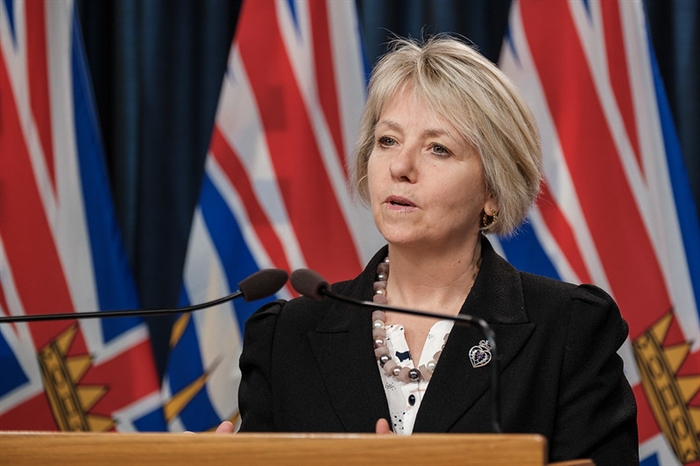 There were also 12 more deaths, while hospitalizations have risen to 337, with 79 of those being ICU cases.

“I recognize that this virus, COVID-19, is taking a toll on all of us and this pandemic has been relentless,” provincial health officer Dr. Bonnie Henry said.

“After many months of restrictions on who we can see and where we can go and what we can do we are all feeling that fatigue. I know many, many people are doing all they can to make sure that we can help each other to get through this COVID-19 response. Yet, I’m asking you all to continue and to do a little bit more to do our part to slow the spread in our communities.”

This effort, she said, is important to protect those who are most at risk, particularly seniors and elders.

“We hope and expect that vaccines will be ready in the next few weeks but this virus continues to move and move quickly between us and it takes lives,” she said. “Another 12 families have been affected today. And we are continuing to see unchecked transmission in many places despite our efforts of public health teams, our contact tracing.”

The second surge, she said, is heightening the need to make careful choices and follow health protocols. Colder weather, it seems, creates an environment where it can spread very easily now and what was safe a few weeks ago is no longer safe.

“We need more than ever to stay local to stay small and avoid public settings right now where we mix with others — they are a risk for all of us,” she said.

The reasons to do so are becoming strikingly clear.

“We know that there’s many people who want to travel, who are coming here from other provinces for recreation and sport,” she said.

“We know there are sports teams in B.C. that have traveled to other provinces despite the restrictions that we’ve put in place. And we know that, for example, there’s a hockey team in the Interior that traveled to Alberta and has come back and now there are dozens of people who are infected and it has spread in the community. We need to stop right now to protect our communities and our families and our health care workers.”

This was just one of a number of teams in a similar situation she said. Dr. Henry would not identify the team or the town it came from, just that it was an old timer’s team.

“For many adults it’s a very important part of their socialization but right now it’s very risky,” she said. “This cannot happen.”

Of the new cases, 174 people are in Vancouver Coastal Health, 529 in Fraser Health, 20 in Vancouver Island health, 66 in the Interior Health region and 45 people in Northern Health.

There are now 1,941 active cases across the province, 10,201 people under active public health monitoring around the province and 24,424 people who have recovered from COVID-19.

To contact a reporter for this story, email Kathy Michaels or call 250-718-0428 or email the editor. You can also submit photos, videos or news tips to the newsroom and be entered to win a monthly prize draw.