Samsung is poised to launch a next-generation flagship smartphone, dubbed Galaxy S11, next month at a high profile event in San Francisco, according to the latest whispers. While there a few dates floating around at the moment, the most reliable leaksters point to February 11, 2020 as the launch date.

The successor to the Galaxy S10 series, which boasted a triple-camera with ultra-wide angle and telephoto options, is believed to double-down on mobile photograph to catch-up with the likes of the iPhone 11 Pro and Google Pixel 4 ranges.

Building on the design of the Galaxy S10, Samsung looks set to curve the top and bottom of the AMOLED as well as the left and right sides. This will help the South Korean manufacturer squeeze more screen real estate into a smaller physical body. It will also help to remove any distraction caused by the bezels, which can make watching movies and playing games less immersive.

Samsung relocated the selfie camera from the border around the touchscreen to a cut-out in the display itself with its Galaxy S10 series. With the Galaxy S11, reliable tipster @IceUniverse – who has an almost infallible track record when it comes to intel on as-yet unreleased Samsung gadgets – predicts that Samsung will move the hole-punch for the camera to a centralised position, like it was on the Galaxy Note 10.

This means the camera cut-out, which is also rumoured to be a little smaller this time around, won’t get in the way of the information usually displayed in the banner along the top of the screen, like the time, signal strength, whether NFC is on, as well indicators to show whether there are any unread notifications to check-out.

Currently, there are two versions of the Galaxy S11 release date: February 11 and February 18. I believe more in the former.

Powering the new flagship will be the Qualcomm Snapdragon 865 system-on-a-chip or Samsung’s own Exxon 990 – depending on the market. In the UK, Samsung typically uses its own chipset, while handsets shipped to the United States will be running on the Qualcomm processor, which will also power a number of other Android rivals, like the OnePlus 8 and LG G9.

As well as keeping the Android 10-based One UI 2.0 operating system ticking along nicely, juggling multiple tabs in your web browser and quickly switching between apps a cinch – the new silicon should also provide some added efficiencies to boost battery life. That and the serious battery capacity purportedly coming to the Galaxy S11. At least, that’s based on an alleged photo of the battery itself which was posted by certification company SafetyKorea.

The image shows a cell with the capacity marked as 4,500mAh. That would put the Samsung Galaxy S11 on par with the Galaxy Note 10 Plus, which has the same size power pack. However, with its larger screen, it’s likely the Galaxy S11 will manage to eke a few more hours from the same capacity than its productivity-focused Galaxy Note counterpart. 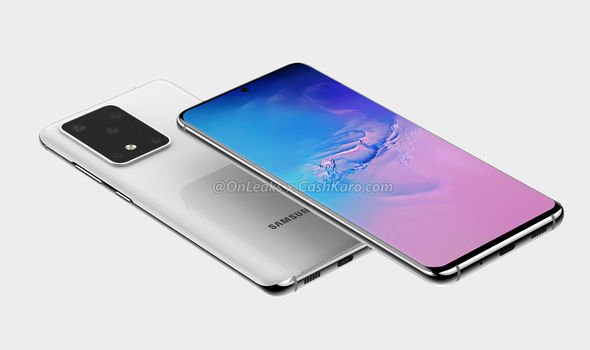 The design will be similar to the Galaxy S10, but with the camera cut-out relocated (Image: ONLEAKS • CASHKARO) 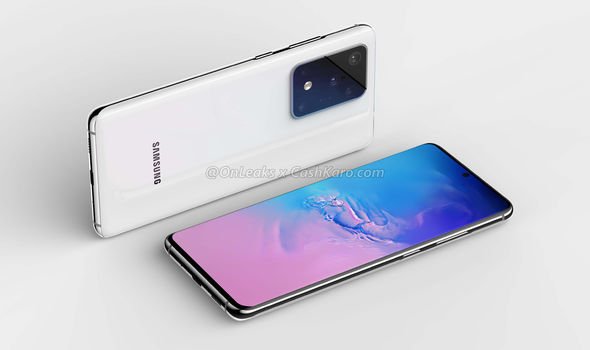 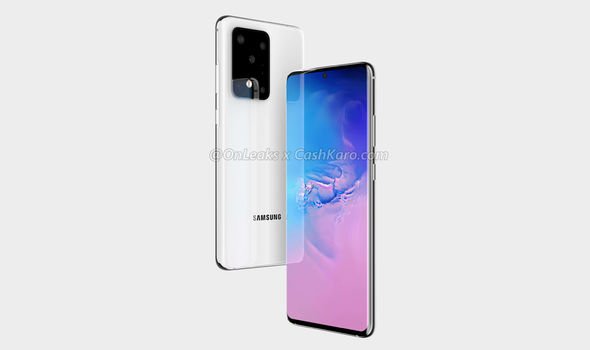 As reported by technology blog Techspot, Samsung looks set to ramp-up its rear-facing camera with the Galaxy S11. In a bid to keep pace with the likes of Apple, Samsung will reportedly fit a five-sensor set-up to the back of its Galaxy S11 series, which is touted to ship in at least two variants, including a regular Galaxy S11 and larger-screen Galaxy S11 Plus.

Sensors for improved depth sensing will also be included as well as ultra-wide, telephoto and a main camera with a variable aperture to boost performance in tough, low-light conditions. A periscope zoom system, like the one pioneered by Huawei in its best-selling P20 Pro and P30 Pro handsets, is tipped to make the cut too.

That should enable Galaxy S11 owners to zoom in 5x or 10x while still getting lossless shots. That’s likely to transform landscape shots, as well as gig photography compared to the previous entry in the Galaxy S series.

Samsung used similar technology on its costly Galaxy S10 5G to enable users to add a bokeh-style blur to the background of video in real-time – something none of its competitors have yet managed to match.

Following the recent trends from Pixel 4 and iPhone 11 Pro, Samsung looks set to include this plethora of sensors into a square camera module on the back of its handset. It’s unclear how much of a protrusion this will be – and whether it will cause the smartphone to wobble when used flat on a table. In the past, Samsung has worked hard to reduce any camera bumps on its flagship handsets.

It’s unclear whether Samsung will launch a separate 5G-compatible version of the handset, or whether all Galaxy S11 variants will support the next-generation network system.

Fortunately, we won’t have to wait long to find out the answers to these questions – with the launch now believed to be some five weeks away. Express.co.uk will have all of the information as it breaks, so stay tuned for the latest on the Galaxy S11, Galaxy S11 Plus and more.

The new BMW 4-Series Coupe was officially presented on Tuesday and one of the main topics of conversation was the polarizing vertical kidney grille. Like it or not, this feature is here to stay, and it’s part of the company’s strategic move to make each and every model stand out.

Defending the massive kidney grille was design chief Domagoj Dukec, who strongly believes that the automaker has taken the right decision to go ahead with this design, despite receiving a lot of negative input ever since they presented the Concept 4 last year.

“It should be in the core of BMW to have a product which makes a strong statement. It’s unmistakably BMW, unmistakably 4-Series. It’s not just logical, it has a very strong character that’s unique to our brand”, Dukec told Autocar. “The twin-kidney grille is the most prominent design icon we have. It’s the biggest difference we have from any other car out there. We’ve used the kidney in a variety of ways to give our cars a certain presence: the 3-Series has a very horizontal one because it’s a more rational, serious car. A coupe like the 4-Series should express the exotic part of BMW.”

Read Also: This Is What The Facelifted 2021 BMW M5 Should Look Like

Dukec explained that in this business, it’s important to know which voices to listen to. “You can’t listen to social media reactions. It won’t help you. Design is something that is so emotional, and everybody has an opinion and different states. There’s no right or wrong. When you do something like this, 50 percent of people might love it and 50 percent will hate it, and that won’t change. Anything you do, there will be people who like it and people who don’t – but this is not the criteria.”

So, what are the criteria for design? According to the BMW official, it is “to create something, unique, daring, to make a statement”. “Although it’s polarizing in the beginning, it’s at the heart of BMW and a brand-shaper for us.” 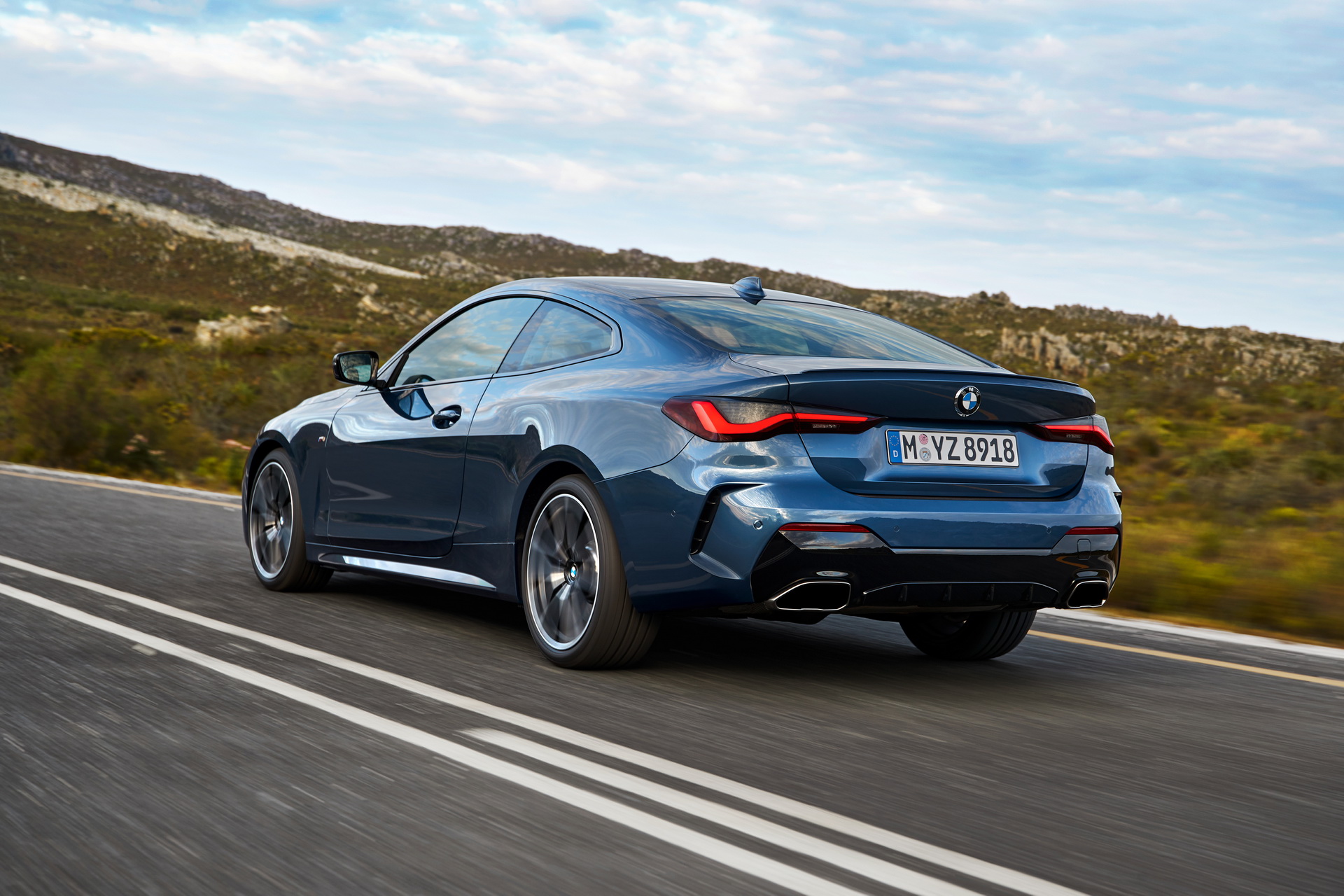 Leading the new 4-Series pack is the Coupe, which will go on sale globally in October, with the Convertible and four-door Gran Coupe to follow. All of them are based on the brand’s CLAR architecture, which translates into a bigger footprint and a more spacious interior.

Google surreptitiously amasses billions of bits of information — every day — about internet users even if they opt out of sharing their information, three consumers alleged in a proposed class action lawsuit.

The lawsuit argues that while Google lets users turn off data collection when using its Chrome web browser, other Google tools used by websites themselves scoop up their data anyways. The suit includes claims for invasion of privacy and violations of federal wiretapping law.

Google is up front with consumers that whenever they opt for private browsing, other websites may still collect information, spokesman Jose Castaneda said.

“We strongly dispute these claims and we will defend ourselves vigorously against them,” Castaneda said in an email.

According to the suit, the company collects information, including IP addresses and browsing histories, whenever users visit web pages or use an app tied to common Google services, such as Google Analytics and Google Ad Manager. This has helped Google amass a nearly unending trove of data that could be stolen or hacked by governments and criminals, the consumers allege.

A consumer suit accusing Google of illegally tracking and storing geolocation data with its mobile apps and operating system was thrown out by a California federal judge in December. Arizona’s attorney general filed a similar complaint last month. Google disputed the claim and said it’s looking forward to setting the record straight.

A proposed class action lawsuit in the U.S. has accused Google of violating federal wiretap laws by tracking the online activities of users when in Incognito mode.

According to Reuters, the class action argues that by surreptitiously collecting information about what people view online and where they browse when they use Chrome’s private browsing mode, Google has been intentionally deceiving customers into believing that they have control over the information they share with the company.

According to the complaint filed in the federal court in San Jose, California, Google gathers data through Google Analytics, Google Ad Manager and other applications and website plug-ins, including smartphone apps, regardless of whether users click on Google-supported ads.

This helps Google learn about users’ friends, hobbies, favorite foods, shopping habits, and even the “most intimate and potentially embarrassing things” they search for online, the complaint said.

Google “cannot continue to engage in the covert and unauthorized data collection from virtually every American with a computer or phone,” the complaint said.

Google has said it will defend itself “vigorously’ against the claims.

“Incognito mode in Chrome gives you the choice to browse the internet without your activity being saved to your browser or device,” said Google spokesperson Jose Castaneda. “As we clearly state each time you open a new incognito tab, websites might be able to collect information about your browsing activity.”

The three plaintiffs argue that the lawsuit likely covers “millions” of Google users who since June 1, 2016 browsed the internet using Incognito mode. The proposed class action therefore seeks $5,000 in damages per user for violations of federal wiretapping and California privacy laws, amounting to at least $5 billion.

The Media, Entertainment and Culture Industry's Response and Role in a Society in Crisis – World Economic Forum