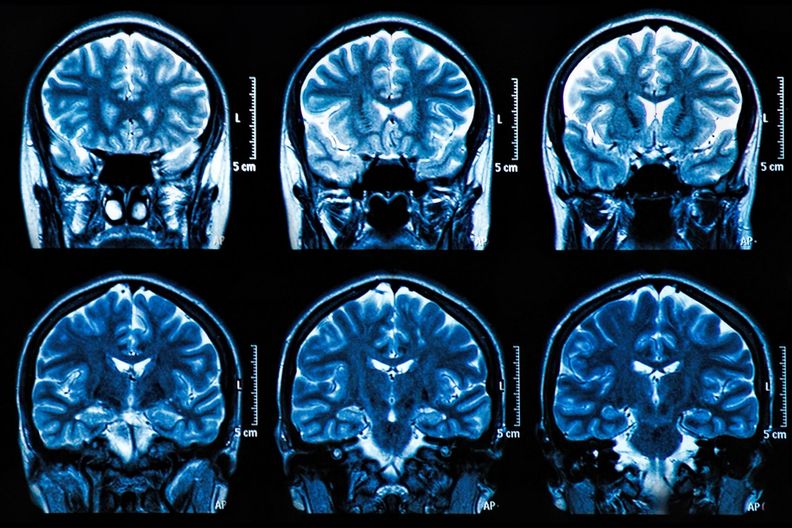 Hip fractures are a common and serious injury that can occur in both men and women, but they are more common and have a higher impact on the health and quality of life of older women. Hip fractures often occur as a result of falls, and women are more prone to falls due to factors such as osteoporosis, which is more common in women and can cause bones to weaken and break more easily.

A new study reveals how women can reduce the risk their risk of hip fracture.

According to a new study conducted by food scientists at the University of Leeds, increasing protein intake and consuming regular cups of tea or coffee may help reduce the risk of hip fractures in women.

The research found that an increase of 25g of protein per day was associated with a 14% reduction in the risk of hip fractures on average. Additionally, the study revealed that every additional cup of tea or coffee consumed was linked to a 4% decrease in the risk of suffering a hip fracture.

Writing in the journal Clinical Nutrition, the researchers noted that the protective benefits were greater for women who were underweight, with a 25g/day increase in protein reducing their risk by 45%.

The protein could come in any form: meat, dairy, or eggs; and for people on a plant-based diet, from beans, nuts, or legumes. Three to four eggs would provide around 25g of protein as would a steak or piece of salmon. 100g of tofu would provide about 17g of protein.

Just over 3% of the women in the study group experienced a hip fracture.

The investigation – Foods, nutrients, and hip fracture risk: A prospective study of middle-aged women – is based on a large observational analysis of more than 26,000 women.

As an observational study, the researchers were able to identify associations between factors in diet and health. They could not single out direct cause and effect.

James Webster, a doctoral researcher in the School of Food Science and Nutrition at Leeds who led the study, said: “Across the world, the costs to individuals and societies caused by hip fracture are enormous.

“Hip fracture can often lead to other chronic illnesses, loss of independence, and premature death. In the UK, the annual cost to the NHS is between £2 to £3 billion.

“Diet is a factor that people can modify to protect themselves by maintaining healthy bones and muscles. This study is one of the first to investigate relationships between food and nutrient intakes and the risk of hip fracture, with hip fractures accurately identified through hospital records.

“The results highlight which aspects of diet may be useful tools in reducing hip fracture risk in women, with evidence of links between higher protein, tea, and coffee intakes and a reduced risk.”

Proteins are the basic building blocks of life and are needed to keep cells, tissues, and muscles working properly as well as contribute to bone health.

The recommended protein intake in the UK is 0.8g per kilogram of body weight per day, a limit some nutritional experts believe is too low. As the study revealed, people who had a higher protein consumption had a reduction in the risk of hip fracture. However, intakes of protein that are very high – where intake is greater than 2 to 3g of protein/kg body weight/day – can have negative health effects. The study was not able to explore these very high protein intake levels.

Professor Janet Cade, who leads the Nutritional Epidemiology Group at Leeds and supervised the research, said: “In the UK most people eat an adequate amount of protein, however, certain groups, such as vegetarians or vegans need to check that their protein intakes are high enough for good health.”

Women who are underweight may be more likely to have reduced bone mineral density and muscle mass. Increasing intakes of several foods and nutrients, especially protein, may help reduce hip fracture risk more in underweight women than in healthy or overweight women by helping to establish or restore bone and muscle health. However, the researchers note that this finding needs further research to confirm this.

Tea and coffee both contain biologically active compounds called polyphenols and phytoestrogens which may help to maintain bone health.

Professor Cade added: “This is an interesting finding given that tea and coffee are the UK’s favorite drinks. We still need to know more about how these drinks could affect bone health but it might be through promoting the amount of calcium present in our bones.”

The data used in the study came from the UK Women’s Cohort Study, which recruited participants between 1995 and 1998. At the time they entered the study, the women ranged between 35 and 69 years of age.

At recruitment, they were asked to fill out questionnaires about their diet and lifestyle. This information was then linked with hospital records over the following two decades, which revealed how many had suffered a hip fracture or had a hip replaced.

How to prepare for an influx of illness this holiday season with a rise in RSV, flu and COVID-19 cases

While fungi are not about to start turning the human race into zombies, like in the HBO blockbuster series The Last of Us, the World Health Organization (WHO) says invasive fungal infections are an increasing threat to human health.

Aspergillosis is one fungal infection common in our environment but, in some circumstances, it can turn deadly. In an average day, most of us will inhale hundreds to thousands of Aspergillus spores with no adverse effects, but for people with weakened immune systems it can cause deadly infections. That includes people undergoing cancer treatments, or bone marrow transplants, but it is now recognized that some viral infections, like influenza (flu) and SARS-CoV-2 (COVID-19) increase the risk of deadly fungal infection even in otherwise healthy people.

“When these kinds of things happen in the ICU, it can be devastating because even advanced medicines still can’t treat these infections,” said Dr. Bryan Yipp, an intensive care physician and researcher at the University of Calgary.

“Once many of these infections really get ingrained and take over, clearing them with medications alone, antifungal or anti microbials, can be very difficult.”

Dr.Yipp began studying Aspergillus — a type of fungus that is a common mould — and its connection to viral infections in 2019, following three deaths in intensive care units of patients initially admitted for influenza, but who subsequently died of the fungal infection.

“It was very much a surprise when people first started identifying the fungus in the lung.  There was a lot of discussion around the table of ICU doctors, infectious disease doctors, asking ‘Was Aspergillosis really the cause of death, or was this just a secondary finding?'” said Yipp. “The pathologists who looked at the samples and the autopsies, were convinced that it was Aspergillosis that was the main problem.”

UCalgary researchers have determined exposure to Aspergillus, a common fungal mould, can lead to a potentially dangerous Aspergillosis infection in people with weakened immune systems.

“In healthy humans. specific immune cells, called B cells, produce molecules (antibodies) that basically tag invaders so that other cells in the immune system, called neutrophils, can recognize them, eat them, and clear the infection,” said Sarden

“But when you have infections with viruses, such as influenza, or if you get COVID, these molecules are no longer present, which means that the immune systems that are trying to eat, and clear the fungi cannot do it because they cannot see it.”

Working with both mice and human blood and tissue samples, the researchers discovered that following a viral infection, neutrophils could identify a fungal infection and surround it but did nothing to destroy it.

“The virus kills the B cells, no messenger molecules exist, so the neutrophils that would normally attack, the fungus, are blinded. They sit there and don’t know what to do,” said Sarden.

The research team also discovered that reintroducing Aspergillosis reactive antibodies can protect infected mice, leading to hopes a similar treatment will be available in the near future for humans with Aspergillosis infections.

While Yipp and Sarden focused on Aspergillus, it is not the only fungus that can cause serious, or fatal infections. It is estimated fungal infections kill an estimated 1.5 million people worldwide every year. Most of those are due to four different fungi; Cryptococcus, Candida, Aspergillus, and Pneumocystis.  Since the advent of COVID, a previously rare infection of the fungus Mucormycosis has been increasing rapidly in India. It affects the sinuses, brains and lungs of its victims. The rise in Mucormycosis has also been seen in patients who are recovering or have recently recovered from COVID.

“We have some hunches that that could be a similar mechanism to what we see here with what we have found.” said Yipp. “So we think that this could be applied to multiple different types of fungi around the world.”

The research team, led by Sarden, published their findings in the journal Science Translational Medicine.

According to RVH, eight patients have tested positive for COVID-19 and have been isolated.

“Enhanced cleaning measures are underway, as well as swabbing of patients and staff,” RVH said in a news release Monday afternoon.

Admissions to the unit are on hold at this time, and visitors are not permitted. However, RVH says some exceptions may apply.

Migraine is a major cause of disability, affecting about 12% of people. A 2-part series published in CMAJ (Canadian Medical Association Journal) on diagnosing and managing the condition with both acute and preventive therapy provides guidance for clinicians. https://www.cmaj.ca/lookup/doi/10.1503/cmaj.211969.

“The goal of treatment of migraine attacks is to provide rapid relief from pain and other migraine-related symptoms, to restore patient function and to prevent recurrence,” writes Dr. Tommy Chan, Department of Clinical Neurological Sciences, Western University, London, Ontario, with coauthors.

“A stratified approach to treatment that empowers patients to choose from different options, depending on attack symptoms and severity, and encourages them to combine medications from different classes (e.g., nonsteroidal anti-inflammatory drugs and triptans) for severe or prolonged attacks, is preferred.”

Part 2 of the review, which will be published February 6, focuses on preventive treatment to reduce the frequency and severity of migraine attacks.