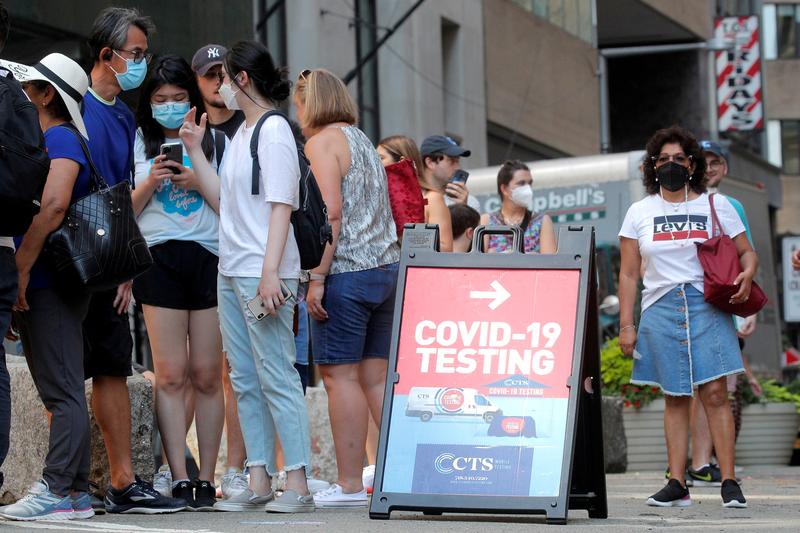 WASHINGTON (Reuters) – The U.S. economy grew at its slowest pace in more than a year in the third quarter as COVID-19 infections flared up, further straining global supply chains and causing shortages of goods like automobiles that almost stifled consumer spending.

Gross domestic product increased at a 2.0% annualized rate last quarter, the Commerce Department said in its advance GDP estimate on Thursday. That was slowest since the second quarter of 2020, when the economy suffered a historic contraction in the wake of stringent mandatory measures to contain the first wave of coronavirus cases.

The economy grew at a 6.7% rate in the second quarter. The Delta variant of the coronavirus worsened labor shortages at factories, mines and ports, gumming up the supply chain. Economists polled by Reuters had forecast GDP rising at a 2.7% rate last quarter.

Strong inflation, fueled by the economy-wide shortages and pandemic relief money from the government over the course of the public health crisis, cut into growth. Ebbing fiscal stimulus and Hurricane Ida, which devastated U.S. offshore energy production in late August, also weighed on the economy.

Consumer spending, which accounts for more than two-thirds of U.S. economic activity, grew at a 1.6% rate after a robust 12% growth pace in the April-June quarter. Though automobiles accounted for a chunk of the stagnation, the Delta variant also curbed spending on services like air travel and dining out.

But there are signs that economic activity picked up as the turbulent quarter ended. The summer wave of COVID-19 infections has subsided, with cases declining significantly in recent weeks. Vaccinations have also picked up. The improving public health situation helped to lift consumer confidence this month.

Fewer Americans are filing new claims for unemployment benefits. That improving trend in labor market conditions was confirmed by a separate report from the Labor Department on Thursday showing initial claims for state unemployment benefits dropped 10,000 to a seasonally adjusted 281,000 last week, the lowest level since mid-March 2020.

It was the third straight week that claims remained below the 300,000 threshold. Economists polled by Reuters had forecast 290,000 applications in the latest week.

Varcoe: For Calgary to recover, 'we have to transform our economy' – Calgary Herald 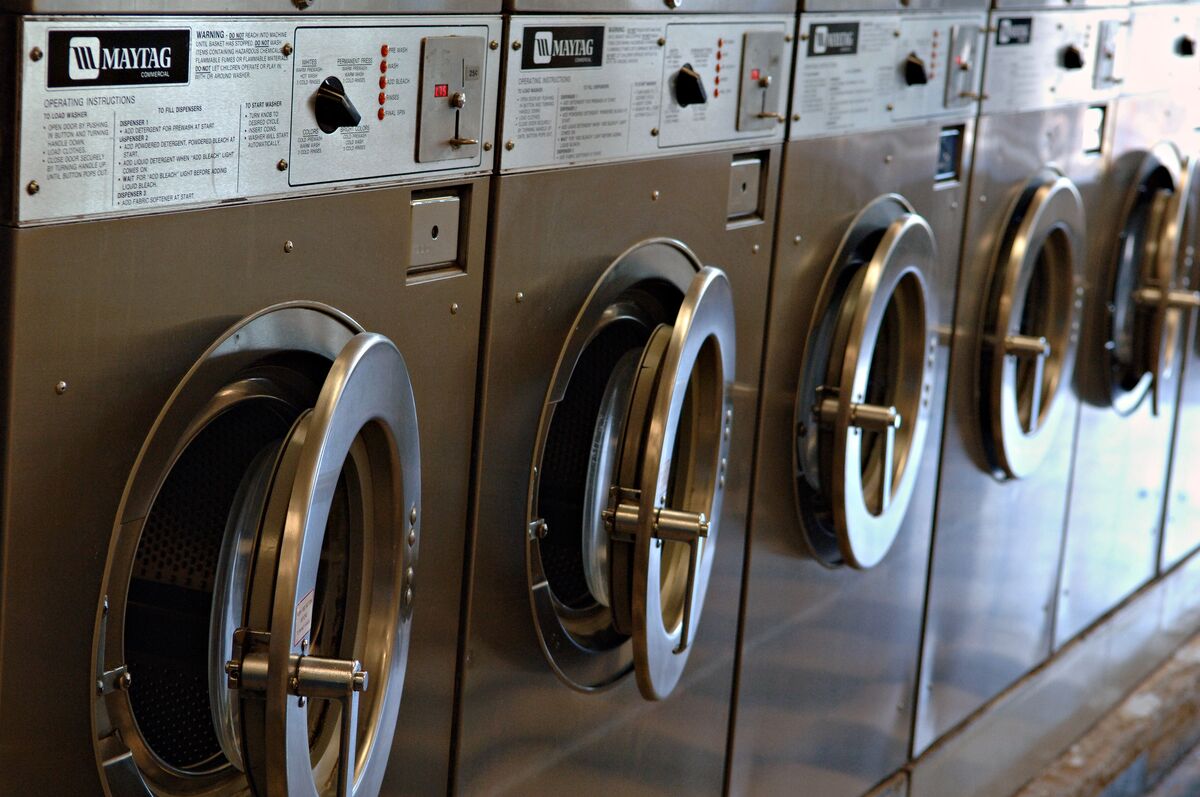 Sign up to receive the Green Daily newsletter in your inbox.

Spend any time discussing climate policy and you’re sure to discover the “degrowth” movement. Its vocal proponents are hard to miss, online and off. Its core tenets might be harder to pin down, but the tagline captures the gist: Economic growth is the problem. The only way to decarbonize the economy: Degrowth!

Yellen cited a great deal of uncertainty about the impact of the highly contagious variant, first detected in South Africa, given the severe U.S. economic slowdown caused by the emergence of the Delta variant of COVID-19 earlier this year.

“Hopefully it’s not something that’s going to slow economic growth significantly,” Yellen said, adding, “There’s a lot of uncertainty, but it could cause significant problems. We’re still evaluating that.”

Yellen said the new strain of the coronavirus could exacerbate supply chain problems and boost inflation, but it could also depress demand and cause slower growth, which would ease some of the inflationary pressures.

The spread of Omicron has roiled financial markets and prompted governments around the world to tighten travel and workplace restrictions. The United States reported its first case of community transmission of the new variant on Thursday.

Yellen, the former head of the Federal Reserve, also told the virtual global conference that she is ready to retire the word “transitory” to describe the current state of inflation plaguing the U.S. recovery from the COVID-19 pandemic, echoing comments from Fed Chair Jerome Powell earlier this week.

“I’m ready to retire the word transitory. I can agree that that hasn’t been an apt description of what we’re dealing with,” Yellen said.

Powell told lawmakers this week the word meant different things to different people, sowing some confusion, and it was a good time to explain more clearly what was meant. read more

Yellen insisted that stimulus spending by the Biden administration early this year was not the major driver boosting consumer prices, which hit 31-year highs in October and are running at more than twice the Fed’s flexible inflation target of 2% annually. She blamed the surging prices mainly on supply chain issues and a mismatch between supply and demand.

Yellen said the $1.9 trillion American Rescue Plan passed by Congress earlier this year had helped vulnerable Americans get through the worst of the pandemic and fueled the strong U.S. economy.

While it may have contributed to inflation “somewhat,” she said the surge was largely due to the pandemic and the massive shift in consumption towards goods and away from services.

She said the Fed should keep a close eye on rising wages to avoid the kind of damaging and long-lasting “wage-price spiral” seen in the 1970s.

Yellen, who led the Fed from 2014 to 2018, said it was up to the U.S. central bank to decide what to do about interest rates, but noted that a strong U.S. economy, which would likely prompt rate hikes, is generally a good thing for the rest of the world. read more

President Joe Biden’s administration is working closely with the private sector to curb price increases, Yellen said, citing efforts to accelerate the loading of containers at ports and encourage domestic production of semiconductors.

She said lowering Trump-era tariffs on imported goods from China through a revived exclusion process could help ease some inflationary pressures, but would not be a “game-changer.” [nL1N2SN1M6]

While she is “open” to a visit to China to meet with government officials there on economic issues, Yellen said a trip is not currently on her agenda. But she said she would continue to engage with her Chinese counterpart, Vice Premier Liu He, on issues such as technology practices, securities markets and exchange rate practices as well as efforts to rebalance China’s economy toward consumer spending.

Yellen also told the Reuters Next audience that her mind is not yet made up on whether the Fed should create a digital dollar, following China and some other countries in developing central bank digital currencies.

She said the advantages and disadvantages of such a move needed to be weighed, including possible negative effects on the banking system, and that consensus among the Fed, the Biden administration and Congress was needed to proceed. read more

The dollar leapt against its more risk-sensitive Australian and New Zealand counterparts on Friday, ahead of key U.S. jobs data that could clear the path to earlier Federal Reserve interest rate hikes, even as Omicron uncertainties cloud the outlook.

Meanwhile, the continued spread of the Omicron COVID-19 variant globally buoyed havens like the dollar and yen and pressured riskier currencies. Omicron has quickly established itself as the dominant strain in South Africa, where it was first discovered last month, and has now been found in five U.S. states including Hawaii.

“G10 FX is very much risk-off” on “renewed jitters about the Omicron cases popping up in very distant parts of the U.S., and how we might have only seen the first phase of policy restrictions in response,” said Sean Callow, a currency strategist at Westpac in Sydney.

The dollar index, which measures the greenback against six major peers, gained 0.09% to 96.173, setting it up for a 0.11% advance for the week. That would be a sixth weekly gain, the longest stretch since January 2015.

“If you strip out the noise in the market at the moment, which is driven very much by uncertainties around Omicron, the dollar is in a fairly bullish cycle,” said Kyle Rodda, a market analyst at IG in Melbourne.

“That’s on the basis that clearly U.S. economic outperformance, especially within the developed world, is fairly entrenched for the time being, and we’re really pricing in that the Fed is going to increase the pace of the tapering programme in December and set up rate hikes well before the middle of next year.”

Money markets see high odds that the Fed will raise the target rate by a quarter point at its June meeting.

Powell reiterated in testimony to Congress on Wednesday that he and fellow policymakers will consider swifter action at their Dec. 14-15 meeting.

“We continue to expect near‑term AUD moves will be driven by Omicron and the risk remains a dip below $0.7000,” Commonwealth Bank of Australia strategist Joseph Capurso wrote in a report.

Both the European Central Bank and Reserve Bank of Australia, which decides policy on Tuesday, have stuck to dovish stances, pushing back against market bets that policymakers will be forced to bow to inflationary pressures.