The Upper Thames River watershed is experiencing Level 1 Low Water conditions, according to the local Low Water Response Team. The Level 1 advisory is part of a three-tiered system used in Ontario to inform the public of local low water conditions.

The watershed received an average of 17 mm of rain between June 15 and July 15, which is only about 22% of normal. Precipitation over the last three months (April 15-July15) was approximately 58% of normal. Stream flows across the watershed are also below normal for this time of year, and are expected to drop further due to the ongoing lack of significant rainfall.

The UTRCA maintains three large reservoirs and several smaller ones across the watershed. The large reservoirs at Pittock (Woodstock) and Wildwood (St. Marys) Conservation Areas provide flow augmentation in the summer, by storing spring runoff and then slowly releasing the water back into the river system in the dry summer months.

This spring, the two reservoirs both reached their target summer elevations. Now the stored water is gradually being released to augment downstream flows in the North and South Thames Rivers.

The Low Water Response Team encourages people, businesses, and industries that rely on local surface water or groundwater to conserve water. Many watershed municipalities have water conservation programs in place.

The City of London and some other communities take water from Lake Huron and Lake Erie. Reducing water use in these communities will not improve flows in the Thames River or its tributaries.

Hundreds of calls lead to charges

A Cambridge male faces criminal harassment charges after placing hundreds of calls to members of a Guelph family, including at their place of work.

A Guelph female known to the subject had to change her phone number after receiving a large number of unwanted calls. He then began contacting a Guelph business where members of the female’s family work, filling the voicemail and causing the business several times to turn off its phones.

After a supervisor from the business contacted the male in an attempt to end the calls, the supervisor began receiving a large number of calls and texts from the male on his personal cellphone. On July 18, while Guelph Police Service officers were at the business taking a statement, the accused called approximately 25 times.

A 25-year-old Cambridge male is charged with two counts of criminal harassment. He will appear in a Guelph court October 7, 2022.

The Guelph Police Service is investigating after an elderly female lost $3,000 in a gift card scam.

On Wednesday afternoon, a female in her 70s received a phone call from a male claiming to be a fraud investigator. The male claimed the victim’s credit card had been compromised and that purchases had been made at several businesses. He asked her to assist their investigation by buying gift cards from several locations and that her credit card would be reimbursed.

The victim bought six $500 gift cards from various businesses, later providing the PIN numbers to a male on the telephone.

The investigation is ongoing. Anyone with information is asked to call Constable Keith Kolodziejczak at 519-824-1212, ext. 7452, email him at kkolodziejczak@guelphpolice.ca, leave a message for Crime Stoppers at 1-800-222-8477 (TIPS) or leave an anonymous tip at www.csgw.tips.

The Guelph Police Service would like to remind the public that no police officer or government official will ever instruct you to purchase and send gift cards or submit payment via Bitcoin. Please be very vigilant and cautious whenever you are speaking with someone you don’t know, especially online or over the phone. Please also seek advice from a family member, co-worker, trusted friend or the Guelph Police Service at 519-824-1212 before following through on instructions received from a person that you don’t know.

The Guelph Police Service is investigating a break and enter to a storage trailer.

On Wednesday morning, police were called to a business on Edinburgh Road North near Speedvale Avenue West. A male reported his son is in the process of moving to Guelph and had arranged to store some belongings in a trailer in the business’ parking lot.

On Wednesday morning the locks on the trailer were found to be broken and several items, including a vintage chrome bicycle, were missing.

The incident is under investigation. Anyone with information is asked to call Constable Bakir Medencevic at 519-824-1212, ext. 7235, email him at bmedencevic@guelphpolice.ca, leave an anonymous message for Crime Stoppers at 1-800-222-8477 (TIPS) or leave an anonymous tip online at www.csgw.tips. Journalists across the United States find themselves increasingly shut out of political events they would have routinely, and easily, covered in previous election cycles.

Candidates have been trying to bypass mainstream media scrutiny for generations. Most politicians prefer to engage with ideologically friendly outlets, such as Fox News or MSNBC. But in recent election cycles, campaigns have generally scheduled fewer, yet more scripted, public events. More often than before, newsworthy gatherings are not announced ahead of time, and reporters find out they occurred only when pictures get posted to social media or a news release is sent out later. For traditional outlets, interviews with many candidates have become harder to secure. Some campaigns don’t even return calls or emails.

Both parties deserve criticism on this front, but the worst offenders, by far, come from the GOP’s MAGA wing. Sarah Palin, a former governor and vice-presidential nominee, announced no public events in Alaska between a rally that former president Donald Trump headlined for her in Anchorage on July 9 and the special election that took place Tuesday. In Pennsylvania, gubernatorial nominee Doug Mastriano’s campaign has physically barred reporters from entering events. Other candidates, such as Georgia U.S. Senate hopeful Herschel Walker, have also been extremely unavailable.

The Florida GOP recently blocked many independent reporters, including from The Post, from covering the party’s Sunshine Summit — which was previously open to the media — while permitting outlets that were deemed sufficiently supportive. When journalists complained, the spokeswoman for Gov. Ron DeSantis tweeted: “My message to them is to try crying about it.” Florida’s governor has pioneered new techniques in thwarting journalists from doing their jobs. He gave Fox News, for example, exclusive access to a bill-signing.

On Friday, Mr. DeSantis is to travel to Ohio to stump with Republican Senate candidate J.D. Vance. The organizers of the event, a conservative nonprofit called Turning Point Action, are requiring that journalists applying for credentials agree to give organizers access to any footage they record and be willing to answer questions about how it will be used. Journalists who attend are restricted from recording speakers, staff and attendees who do not wish to be filmed and from going into certain areas of the event. They also are barred from recording anything displayed on projection screens.

To apply for a credential, reporters must agree to the terms that state: “Turning Point Action shall have the final say on all matters.” A spokesman for Turning Point Action says the group frequently waives “certain clauses for legitimate press outlets that are covering the event in good faith, as we’ve offered to do with Washington Post reporters for the very events in question.”

That’s a start, but these highly unusual conditions have led to understandable outrage among Ohio television stations. Media organizations record these events for the benefit of voters, as well as for history. They should be allowed to do their jobs unencumbered. 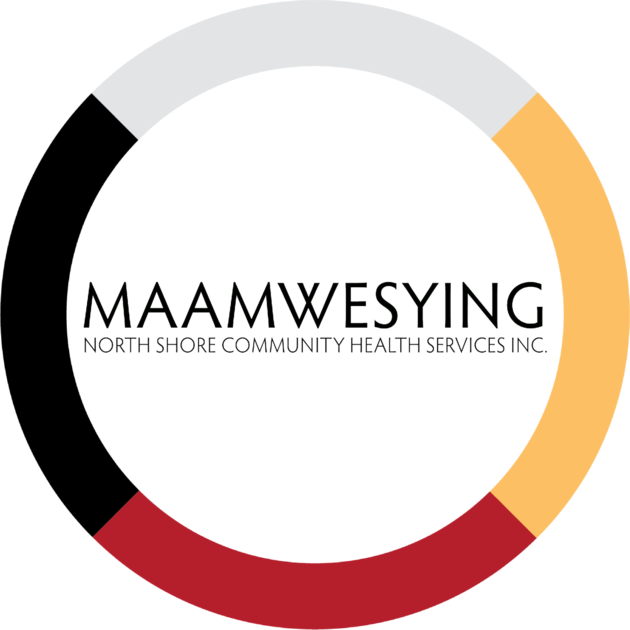 Who you are? You are highly motivated in sharing your interest in the Health Field through digital communications technology. Acknowledging the Seven Grandfather Teaching in your work to build relationships through oral speaking. You have strong writing skills and enjoy facilitating. In addition, you have a positive outlook and able to proficiently utilize this through different media concepts.
Who we are? We are a leader in First Nation Health. Our foundation is Indigenous Health in Indigenous Hands. We provide accessible, quality, culturally safe and holistic health care that supports and enhances the wellness of individuals, families, and communities. We work with our 11 First Nation community partners in the provision of primary health care, traditional healing, mental wellness and addictions, home and community support services and health promotion services. We have recently been approved as an Ontario Health Team by the Ministry of Health. As the first Indigenous Ontario Health Team in the province, Maamwesying is looking forward to establishing our Transformation Team to assist us in developing and implementing the Maamwesying Ontario Health Team model.
The opportunity: As the new highly skilled Communications and Media Specialist you will be responsible for providing strategic advice and support in the development, implementation and evaluation of communication and marketing strategies and tactics supporting executive engagement communications and initiatives.

What you need to bring with you:
• Post-secondary degree in communications or a related field (e.g., marketing, journalism, media)
• Minimum of three years of experience leading communications activities as well as developing and implementing social media campaigns
• Experience with stakeholder engagement and coordinating input/feedback from stakeholders (in-person; website; surveys; etc.)
• Effective communicator, able to communicate effectively and concisely, both orally and in writing, including effective presentation skills
• Experience with Adobe Creative Suite, including Photoshop, InDesign and Premier Pro
• Experience of comfort in simple website building with simple tools such as Weebly, Wix, or Nicepagee
• Committed to expecting and respecting diversity with demonstrated ability to identify and respond to the needs of diverse communities
• Knowledge of, and interest in the health issues affecting Anishinaabe people. Ability to speak Ojibway is an asset
• Strong organizational, time management and planning skills
• Good understanding of Ontario’s healthcare system and healthcare administration (asset)
• Knowledge of Ontario’s Ontario Health Team model and local Ontario Health Team structure/plan (asset)
• English (verbal and written); Ojibway is an asset
• Valid Ontario driver’s license with access to own vehicle
• Highly motivated and able to work independently from home and to travel as required throughout the North Shore Tribal Council region

What to expect? We encourage traditional practices of Indigenous People, and we burn our sacred medicines such as tobacco, sweet grass, sage and cedar. We reserve the right to hiring Indigenous people under section 14 of the Ontario Human Rights Code – Special Programs. Accommodations for the disabled will be available upon request. An offer of employment will be conditional upon an acceptable vulnerable sector records check.

Qualified individuals are invited to submit a cover letter along with a current resume, certificates, diplomas, along with three current work-related references to hr@nmninoeyaa.ca. Please ensure that “OHT Communications and Media Specialist” appears in the subject line or apply directly on www.Indeed.ca