The Real Estate Board of Greater Vancouver says the typically slow conditions it sees in November were even more sluggish last month as home sales dropped 53 per cent from a year ago and 15 per cent from October.

The B.C. board says sales in the region totalled 1,614 last month and were 36.9 per cent below the 10-year November sales average.

The board warned such conditions could persist as inflation remains stubbornly high and further interest rates are expected, encouraging people to forego home purchases over the holidays.

The number also amounts to a 10.2 per cent decrease over the last six months.

Bank of Canada comments offer light at the end of the tunnel for real estate, mortgage markets, experts say 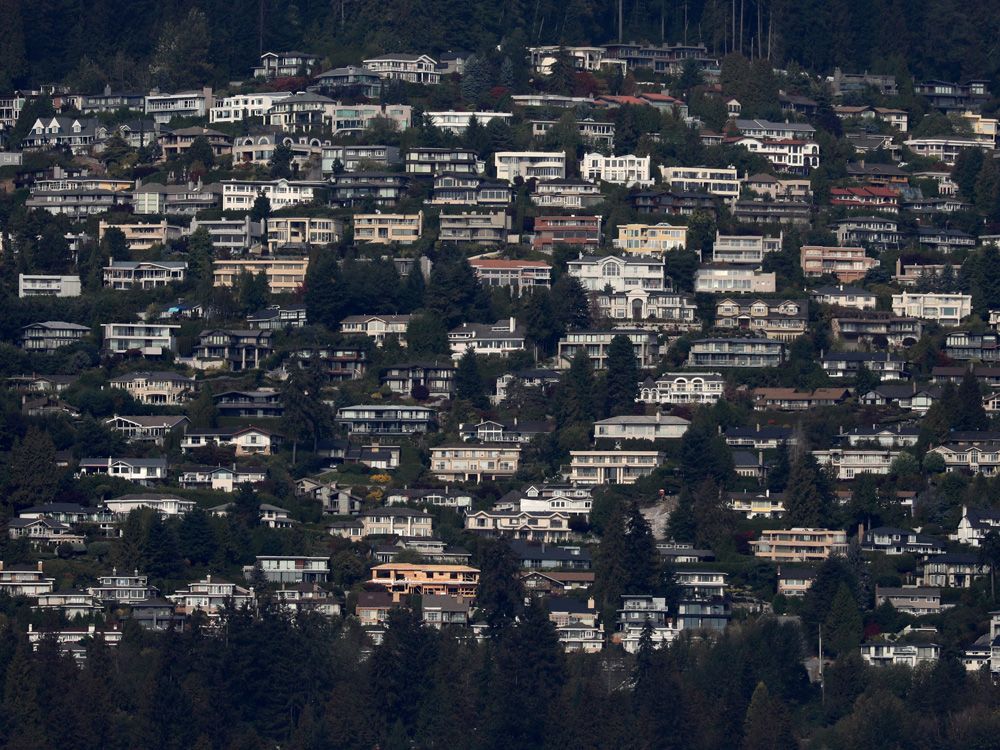 Canada’s struggling real estate sector is breathing a sigh of relief, but it wasn’t so much the size of the Bank of Canada’s Jan. 25 rate hike as the language that came with it that was cause for optimism.

That’s because while the central bank boosted its benchmark overnight interest rate by 0.25 basis points to 4.5 per cent, its eighth consecutive increase, it also signalled it would put the hiking cycle on pause — at least for now.

“A 25-basis-point increase or no increase was what we needed, along with the kind of language … that indicated we were essentially where we needed to be” Royal LePage CEO Phil Soper said in an interview. “What’s important at this stage is that we’ve clearly come to a point where interest rates aren’t going to be in the news.”

Soper said the realization that rate hikes will be stopping or slowing should draw what he called the “missing transactions” — those with the capacity to buy but who have remained on the sidelines — back into the market, though it may take some time.

Those buyers, he said, have been reluctant because they understand the link between rising rates and prices, and “they don’t want to buy a house today that will be worth less tomorrow.”

Having some price certainty will make it easier for them to enter the market, but they’ll still need to be comfortable knowing they are paying five or six per cent on their mortgages while others are locked in at two per cent.

As a result, he said he saw a “muted recovery” in the cards for the spring.

The pause also signals a light at the end of the tunnel for variable-rate holders, according to James Laird, Co-CEO of Ratehub.ca and president of mortgage lender CanWise, even if it means another dose of short-term pain.

After 22 years in the Calgary office of a global commercial real estate firm, Steve Vesuwalla started his own company, Clearview Commercial Realty, in 2019. A year ago, he established Clearview Industrial Fund, with all capital raised though Alberta investors.

Its success has been remarkable, with the closing of the first three funds that brought Clearview a portfolio of 300,000 square feet, comprising a 260,000-square-foot building anchored by the north campus of CDI College and a 35,000-square-foot industrial building in South Foothills
The third fund launched in 2022 resulted in a residential project in partnership with NAI Advent.

Mission 19 is a luxury 67-unit apartment block that will welcome tenants this fall, designed by Gravity Architect and being built by Triumph Construction in the trendy Mission District at 320 19th Avenue S.W.

Last month, Vesuwalla embarked on a fourth — the Clearview Alberta Opportunity Fund — with a goal of raising a pool of equity that will allow his company to act quickly when commercial real estate opportunities arise.

“Successful real estate ventures result from being able to find appropriate investments and having the ability to purchase right away,” says Vesuwalla. “And cash is still king.”

Acumen Capital Partners handled the equity raise and the first round of financing closed last month. A second round is scheduled to close at the end of this month.

The first purchase — in cash — by the new fund is the former Economy Glass building at the corner of 17th Avenue and Centre Street S.W. in the Beltline district.

Vesuwalla is working with a restaurant group and fitness operator to take over the spaces, but the location is ideal for future development as a multi-storey commercial-residential building. That will be planned on the completion of the extension of 17th Avenue across Macleod Trail, giving direct pedestrian and vehicular link access into the Stampede grounds, the BMO Convention Centre expansion and the Victoria Park/Stampede LRT station redevelopment.

No doubt that connectivity will invite further commercial, retail and entertainment-oriented development along 17th Avenue and in the immediate area.

Doug Johannson, executive vice-president at Clearview who joined the company in 2021, has also been busy completing some commercial real estate deals.

Explosive growth in development of commercial real estate in the Balzac area has continued with the sale of 33.85 acres on the south side of Highway 566.

Located between the successful developments of High Plains and Wagon Wheel industrial parks, it was sold by Johannson on behalf of the Abbotsford, B.C., owner to a local developer for $8.8 million.

He was also the broker for the sale of a 17-acre parcel in Frontier Park to Remington Development, and has an unconditional contract to close on the sale of a 43,500-square-foot building on Enterprise Way, between Stoney Trail and the eastern city limits.

Last year was a good one for Clearview and it has started 2023 full of confidence for even better results from commercial real estate transactions, as well as opportunities the new fund will bring.

President and CEO of Bow Valley College, Dr. Misheck Mwaba, has been appointed to the board of the Calgary Chamber of Commerce for a three-year term. “I look forward to working closely with the board on strategic initiatives to address the evolving needs of the Calgary business community,” says Mwaba. “I am acutely aware of the urgent need to develop and retain a world-class talented workforce, nurture a diversified economy and grow our digital ecosystem. Mwaba is a champion of Workforce Integrated Learning (WIL), re-skilling and up-skilling, and takes pride in liaising with Calgary businesses to understand their labour demands.

David Parker appears regularly in the Herald. Read online at calgaryherald.com/business. He can be reached at 403-830-4622 or by email at info@davidparker.ca.