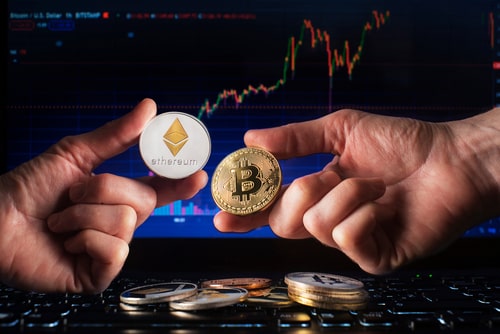 (Kitco News) Following the latest massive selloff, the overall crypto market cap is now below $1 trillion — that is billions of dollars vanished in the last few days. And even though the macro-environment remains unsupportive for risk-on assets until inflation slows down, the focus remains more long-term, according to Messari senior research analyst Tom Dunleavy.

“We’ve just had a perfect storm of really bad information for crypto,” Dunleavy told Kitco News. “We had Terra LUNA, which took us down pretty sharply against the broader challenging macro backdrop. Then on Friday, we had a surprisingly high inflation print. And then Celsius decided to freeze withdrawals.”

High inflation is already bad enough for crypto, but now there are fears of this firm going potentially insolvent. “That sent prices straight down across the board,” Dunleavy explained. The big worry is that Celsius will have to either liquidate assets or sell them at a discount. “That directly impacts the assets they may be holding,” Dunleavy said.

According to Dunleavy, however, more oversized rate hikes could have a surprising effect on crypto prices. “Any news that inflation is coming under control, whether by the Fed or market sentiment, will do wonders for risk assets. A 75 basis point hike would be positive. Any indication that inflation is cooling would be positive for risk assets, equities, and crypto,” he said.

A lot of leverage is already out of the system given how far prices have fallen, but there is always a risk of another firm like Celsius getting caught up in this and triggering a new wave of selloffs, said Dunleavy. “Everyone heard of MicroStrategy CEO Michael Saylor’s Bitcoin position. His margin call price is right around where we are right now. I’d watch out for Saylor and the Celsius situation. But unless we really get one of those liquidation candles that sends us 20%, 30%, or 40% lower, a lot of the leverage has been flushed out at this point,” Dunleavy described.

The one thing to watch is Bitcoin’s performance versus Altcoins, Messari’s analyst added. “If you look at Bitcoin prices during this selloff over the past 24 to 48 hours, it’s been Bitcoin that’s leading the way, rather than Altcoins, which is not typical. And that says to me that there are funds selling Bitcoin to clear out the leverage on their books,” he said.

Looking past the selloff: Ethereum to outpace Bitcoin

Inflation is not likely to abate until at least October, with the September PCE inflation print likely to be the first sign that could point to some softness in the numbers. For markets, this translates to aggressive rate hikes from the Fed until then, Dunleavy told Kitco News on the sidelines of Consensus 2022 that was held in Austin between June 9-12.

What this means for Bitcoin and Ethereum is range-bound trading until that softer inflation print is reached. “This is because you’re going to have the Fed raising rates, stop purchasing assets, and rolling down their balance sheet. All of those things are not good for risk assets. They’re not good for equity market liquidity, which is not good for crypto market liquidity,” the analyst said.

But crypto’s close relationship to the S&P 500 and the Nasdaq won’t last forever, with decoupling potentially not that far off, especially for Ethereum. “What decouples equities and crypto, and what moves Bitcoin and Ethereum away from the equity relationship? It’s one of two things. Either Bitcoin moves to be that full store of value asset — that gold 2.0 asset. Or Ethereum becomes that sort of world computer asset,” Dunleavy said.

Right now, Bitcoin and Ethereum trade on many different narratives that need to solidify into one. For Ethereum, this decoupling could come with the Merge (scheduled for August or September), which will transition the cryptocurrency to the more energy-efficient proof-of-stake protocol from the proof-of-work protocol (also used by Bitcoin).

With the proof-of-stake protocol, miners are no longer needed. Instead, people would stake their coins to check new transactions and add them to the blockchain. This would potentially consume 99% less energy than proof-of-work. “With proof-of-stake, you get lock rewards from the network, which is a certain amount of ETH per block, you get miner extracted value, which is sort of ordering transactions in the block. And then you get transaction fee revenue. A portion of it is burnt, and a portion of it is appropriated to the validators,” Dunleavy described.

Following the Merge, yields for just holding or staking Ethereum should be between 8% and 12%, said Dunleavy. “If you’re just thinking of Ethereum as sort of a quasi bond, the 8%-12% yield is important. The move from miners to stakers reduces energy consumption. So not only is it a bond, but it’s a green bond. Coming from someone who used to advise institutions, ESG is front and center right now. Those two things alone will make it hugely attractive to investors, potentially increasing demand,” the analyst said.

This is why Dunleavy sees Ethereum outpacing Bitcoin for the rest of this year and for years to come. “Bitcoin does some things very well. It’s a very good store of value. It has more history than Ethereum. I view Bitcoin as gold 2.0. But I don’t personally understand the use-case for actually using Bitcoin,” he said.

When looking through the lens of market caps, Dunleavy sees Bitcoin eventually reaching gold’s market cap of about $12.3 trillion. But for Ethereum, the potential is a lot higher.

“With Ethereum as the world’s computer — being able to execute any sort of potential smart contract — the actual market cap is potentially orders of magnitude higher than that of Bitcoin,” he said. “With Ethereum, people bring the analogy to the internet. It is because we didn’t know what the internet was when it first came out. That’s sort of what Ethereum is.”

A forecast from TD Bank that B.C. average home prices will fall by 8.1 per cent by next year appears too optimistic in Metro Vancouver as June sale prices dropped for the third straight month.

The June composite benchmark price for all residential properties in Greater Vancouver was $1,235,900, down 2 per cent from May and a 2.2 per cent decrease over the past three months, reports the Real Estate Board of Greater Vancouver.

Detached house prices are seeing the largest dollar decline, down an average of $37,000 per month since March to a June benchmark price of $2,058,600.

The Fraser Valley Real Estate Board (FVREB) processed 1,281 sales in June, down 5.8 per cent compared to May and a 43 per cent plunge compared to June of last year.

“In just two months our market overall has shifted into balance, mainly due to a softening of demand for single-family detached homes,” said FVREB president Sandra Benz, who noted the effect of rising mortgage rates.

The Bank of Canada, which has increased its trend-setting interest rate 75 basis points since March, is expected to jack the rate from 50 to 75 basis points on July 6 to fight inflation.

This will trigger a further decline in home sales and prices, according to TD Bank. In a June 30 report, TD forecast that B.C. will see among the sharpest corrections, with average home prices falling by 8.1 per cent into 2023.

The price drops and increased supply should be welcome by homebuyers, according to real estate agents.

“In most areas of Metro Vancouver and especially at higher price points, it is a buyer’s market now,” said Kevin Skipworth, managing partner with Dexter Associates Real Estate in Vancouver.

He pointed to the city of Vancouver strata sector as especially enticing due to increased supply and falling prices. The benchmark price of a townhouse in the city dropped nearly 2 per cent in June from a month earlier and condo prices fell 2.3 per cent month-to-month, with the biggest decline in the trendy West Side.

“Vancouver’s West Side has seen townhouses and condos go up to five-month’s supply from three months last year,” Skipworth said. “What a switch and an opportunity compared to a year ago. Buyers, your time is now.”

$65 oil on the horizon if a recession hits, Citi warns – CNBC Television