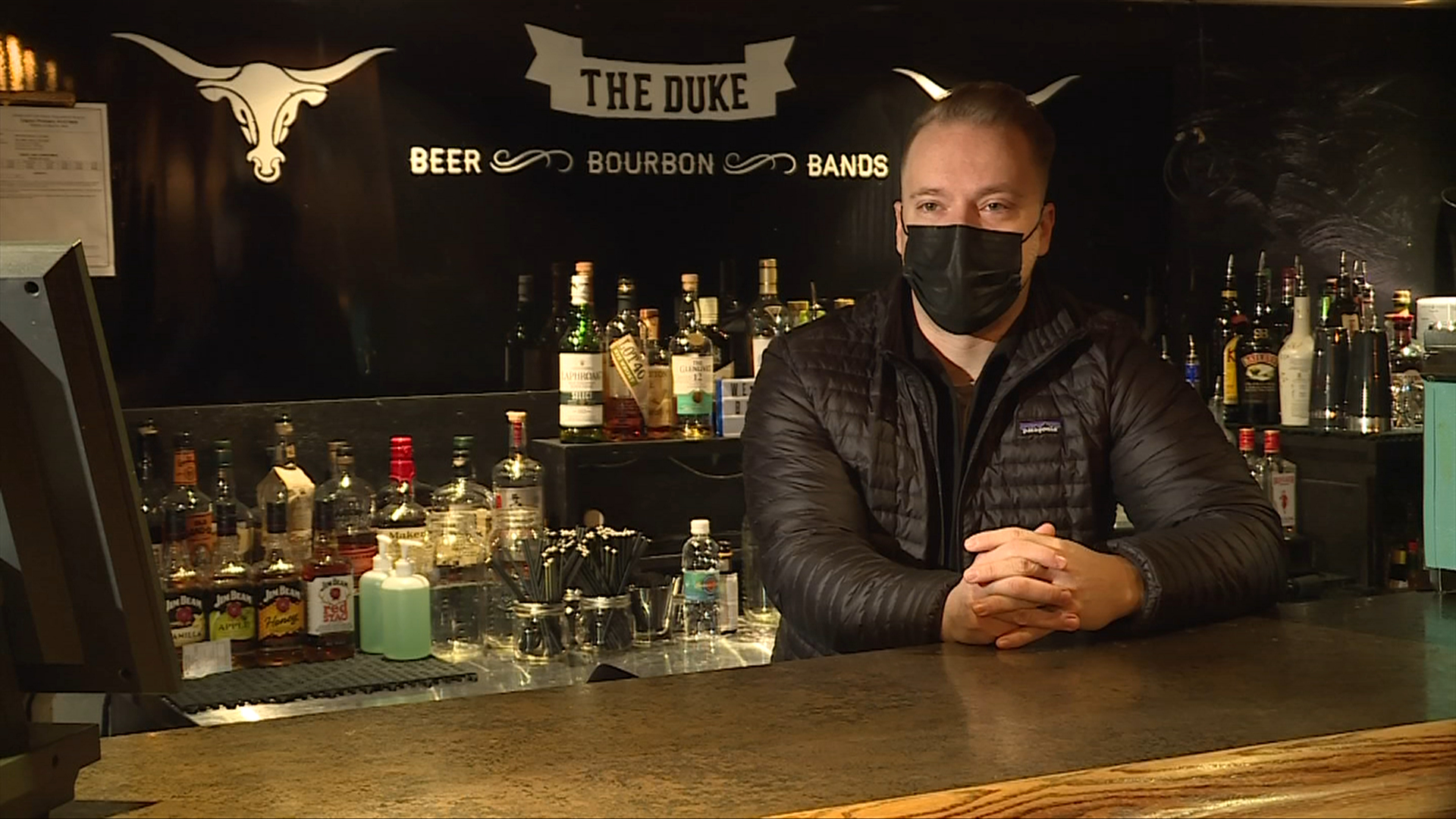 B.C.’s new COVID-19 restrictions mean businesses like The Duke Saloon are once again closing their doors, just a few months after being allowed to re-open.

New public health orders mean nightclubs and bars in B.C. must close from Dec. 23 until Jan. 18 as the Omicron variant breaks daily case records in the province.

“It feels like a pretty big step backward,” said the bar’s general manager Quincy Leachman. “I do feel like we’re kind of the favourite punching bag.”

Leachman said The Duke Saloon has tried to follow restrictions to prevent transmission of the coronavirus.

“We’re providing a safe space for our patrons to be in. I’m afraid [the new restrictions] will just drive people to have more indoor gatherings.”

But Dr. Bonnie Henry, B.C.’s provincial health officer said the virus has changed, so the rules must also.

“We know that [bars and nightclubs] are settings where people socialize, which right now, are risky settings especially for the demographic we’re talking about where we’re seeing widespread transmission,” said Henry on Tuesday.

Until Jan. 18, indoor gatherings are also restricted to one additional household or 1o people. Organized indoor events of any kind like wedding receptions or celebrations of life are cancelled.

And gyms across the province, like Third Space Movement in Victoria, are being forced to close.

“It’s very frustrating seeing how malls are still open and there are no regulations on that, whereas we’re following such strict rules already and doing such a good job keeping people safe here,” said Tianna Andrews, with Third Space Movement.

But health officials say with the Omicron variant, gyms are no longer safe.

“We know as well that these, unfortunately, have been places where transmission events have happened and have spread out to people in the community,” said Henry on Tuesday.

READ MORE: BC Liberals call for supports for businesses impacted by restrictions

And beyond the initial frustration of closing their doors, across industries businesses are tackling layoffs, and employees are heading into the holidays unsure if they’ will be able to pay their bills.

“It’s leaving us wondering what kind of support like if we’re going to get wage subsidy, or if people are going to be able to get paid over the holidays,” said Andrews.

“We’re already bleeding at half capacity,” said Leachman. “And all of a sudden there’s nothing. So it’s a huge hit financially for us.”

“Yes we do think some businesses will need some help and yes those will be coming in the few days,” said Adrian Dix, B.C.’s health minister.

Earlier today, the federal government announced a temporary expansion of eligibility for two COVID-19 benefit programs to aid those affected by measures imposed in response to the spread of the Omicron variant.

The Canadian Real Estate Association’s House Price Index rose by 26.6 per cent in the 12 months up to December, the fastest annual pace of gain on record.

The group, which represents more than 100,000 realtors and tabulates sales data from homes that listed and sell via the Multiple Listings Service, said the supply of homes for sale at the end of the month hit an all-time low.

After pausing for a few weeks in the early days of the pandemic, Canada’s housing market has been on an absolute tear for the past two years, as feverish demand from buyers wishing to take advantage of rock-bottom interest rates has drastically outpaced the supply of homes to buy.

That imbalance is a major factor contributing to higher prices, as buyers have to pay more and more to outbid others because of the lack of alternatives.

Various experts are suggesting that parts of the country are showing signs of being in a speculative bubble, and CREA says the biggest reason for runaway price increases is that there aren’t enough homes being put up for sale.

“There are currently fewer properties listed for sale in Canada than at any point on record,” CREA’s chief economist Shaun Cathcart said. “So unfortunately, the housing affordability problem facing the country is likely to get worse before it gets better.”

CREA says the average price of a Canadian home that sold on MLS in December went for $713,500. That’s actually down from the record high of more than $720,000 in November, but still well up on an annual basis.

High prices don’t seem to be slowing demand, however, as 2021 was the busiest year for home sales ever. Some 666,995 residential properties traded hands on MLS last year, smashing the previous annual record by 20 per cent.

TD Bank economist Rishi Sondhi said that there was a less than two-month supply of homes for sale during the month, which means at the current sales pace, all listings would be gone in less than two months. Under normal conditions, there’s a five-month supply of homes for sale, and Sondhi says that supply and demand imbalance is a major factor in eye-popping price gains.

“With interest-rate pull-forward behaviour keeping demand so strong, and supply struggling to keep up, it’s little wonder why prices are continuing their relentless upward march,” he said. “Buyers pulling forward demand ahead of looming interest rate hikes kept sales at unsustainable levels last month. How long this effect will last is uncertain, but it should eventually fade.” 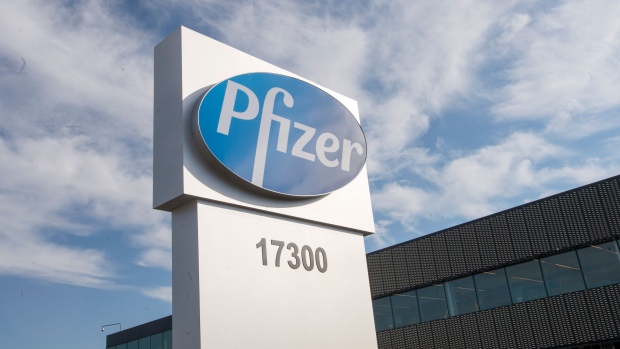 OTTAWA —
Health Canada has authorized the use of Pfizer’s COVID-19 antiviral treatment Paxlovid.

The federal health agency says the prescription-only medication can be given to adults ages 18 and older to treat mild to moderate cases of COVID-19, if they have a confirmed positive viral test and are at a high risk of becoming seriously ill.

The authorization comes with specific instructions on scenarios in which the regime cannot be used, including to prevent COVID-19 infections or to treat patients who are already hospitalized due to severe COVID-19 cases.

The medication— two antiviral medicines co-packaged together— cannot be taken for longer than five days in a row, nor can it be given to teens or children.

More details about the authorization are being provided by Health Canada’s Chief Medical Adviser Dr. Supriya Sharma, in a technical briefing in Ottawa.

Pfizer submitted clinical data for the oral medication, on Dec. 1, 2021.

The government has a deal in place with the pharmaceutical giant securing access to an initial one million doses of the therapeutic drug.

Responding to recent calls from the provinces for a swift rollout of this medication in the face of an expected surge in Omicron hospitalizations, the federal government has vowed that delivery of the drug will happen in short order.

Health Minister Jean-Yves Duclos and Procurement Minister Filomena Tassi will be holding a press conference to discuss the rollout of this treatment at 1:30 p.m. EST.

In November 2021, Pfizer released the results of their Phase 2/3 trials for the drug, stating that they had found the pills to significantly reduce hospitalization and death in COVID-19 patients.

Pfizer said that in a randomized, double-blind study of more than 380 patients, there was an 89 per cent reduction in the risk of being hospitalized or dying of COVID-19 in patients that received Pfizer’s pill within three days of displaying COVID-19 symptoms, compared to the study group that received a placebo.

According to Pfizer, Paxlovid is designed to block the activity of an enzyme in SARS-CoV-2 that is essential for the virus to replicate itself, and also help to slow the breakdown of the pill’s ingredients in order to help combat the virus for longer.

“PAXLOVID stops the virus from multiplying. This can help your body to overcome the virus infection and may help you get better faster,” reads Health Canada’s authorization.

Paxlovid contains two medicines co-packaged together, a 150mg pink tablet of Nirmatrelvir and a 100mg white tablet of Ritonavir, which has been used in combination with other antiviral medications before.

The regime is meant to be taken consistently twice a day, for five days in a row. The agency has outlined on their website the detailed instructions for taking this medication, as well as a list of potential contraindications.

For example, Health Canada has issued warnings for patients with kidney or liver problems; patients with a human immunodeficiency virus (HIV) infection; patients who are pregnant, breastfeeding, or are planning to become pregnant; and patients who take a series of other medicines which may interact with Paxlovid.

Side effects can include an altered sense of taste, diarrhea, muscle pain, vomiting, high blood pressure, and headache. Though, given the limited use of this medication to date, the agency cautions that it is possible not all side effects are known at this time and advise speaking with a healthcare professional if other side “troublesome” effects arise.

The medication is what is called a “protease inhibitor antiviral therapy”, a type of medication that has largely been used before to treat HIV/AIDS and hepatitis C.

Health Canada has also been reviewing an experimental pill from drugmaker Merck, called molnupiravir, since mid August. The federal government also has a contract to purchase 500,000 of Merck’s antiviral medication, with an option for 500,000 more pending regulatory approval.

In late December, the U.S. Food and Drug Administration issued an emergency use authorization for both Pfizer and Merck’s drugs.

Prescott on Cowboys fans throwing debris at refs: 'Credit to them' – theScore