A Canadian military plane delivered armoured and tactical vehicles from Canada to Port-au-Prince on Saturday, in support of Haitian police locked in a conflict with armed gangs.

“This equipment will assist the [Haitian National Police] in their fight against criminal actors who are fomenting violence and disrupting the flow of critically needed humanitarian assistance, hindering efforts to halt the spread of cholera,” according to a joint statement issued by top foreign and defence officials on both sides of the border.

Haiti’s Prime Minister Ariel Henry recently called for international support to help in a fight against armed criminal gangs. In the past few weeks, the gangs have set up blockades, leading to a crisis in fuel supply.

“We wish to see our neighbours like the United States, like Canada, take the lead and move fast,” Bocchit Edmond, Haiti’s ambassador to the U.S., said earlier this week.

Henry had called for a “specialized armed force” to help Haitian police counter gangs who have been blocking the Varreux fuel terminal, located north of Port-au-Prince, since last month.

“Canada is closely monitoring the security situation and will continue to support Haitian-led efforts to put an end to the crisis,” according to the statement from Global Affairs Canada. “We will continue to help Haiti’s citizens. They have shown incredible strength and resilience in the midst of complex challenges in their country.”

Daily life for many Haitians has been thrown into turmoil as gang violence and soaring inflation make it difficult to access basic necessities like water, food and fuel. Canada is among the countries grappling with how to respond.

An alliance of armed groups known as the “G9 and Family” recently made demands of the Henry government, including an amnesty and cabinet seats. Gang violence in Haiti kills hundreds of civilians each month.

The news Canada would be sending vehicles was first reported in the Miami Herald and in Haitian publications, including Le Nouvelliste, on Friday.

The Herald also reported the U.S. would support a call from UN Secretary General Antonio Guterres for the creation of a rapid reaction force to help Haitian police.

Demonstrators in Haiti have also blocked access to the capital to demand Henry’s resignation amid violence, a cholera outbreak and severe hunger. As well, fuel prices have risen since the government announced a cut to subsidies earlier this fall. 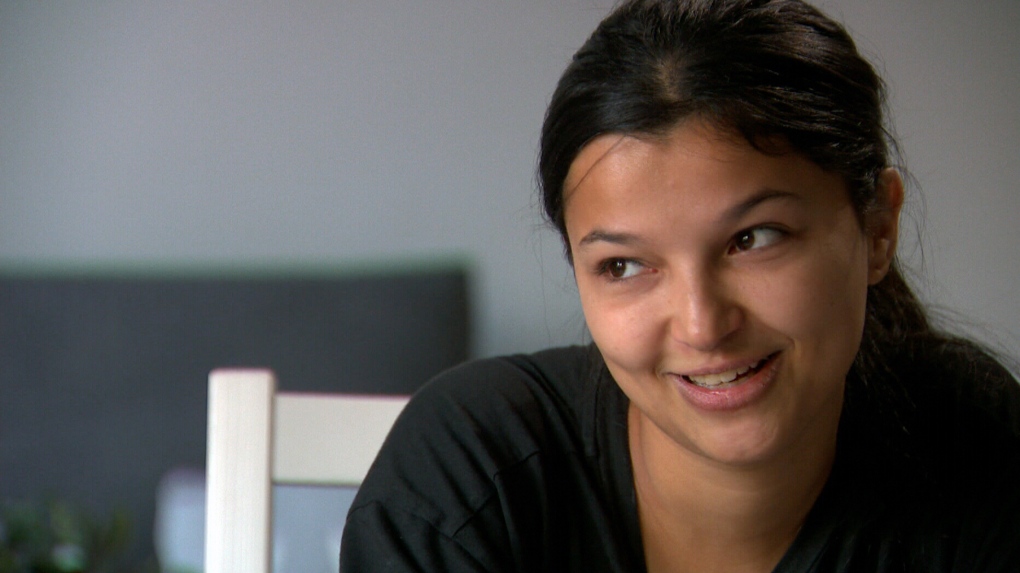 In her past life Aziza Abu Sirdana has only known war, conflict, fear and isolation.

“If you are born in Gaza you don’t know what life is,” she told CTV National News.

The 22-year-old Palestinian refugee fled to Canada after she learned about her father and grandfather’s plans to hunt her down and kill her.

She arrived in Canada on March 24, 2022 full of hope for a new start in life. Her struggles only continued on Canadian soil.

CTV National News first sat down with Abu Sirdana at the beginning of November, after she stabbed herself in the stomach with a knife just below the ribcage while in a meeting with federal government officials with Immigration Refugees and Citizenship Canada (IRCC). She said she took the dangerous step in a desperate plea to find safe housing.

For more than seven months Abu Sirdana has been stuck living in a refugee hotel west of Toronto. While staying there she, and other refugees, say they were segregated and degraded by staff working for a taxpayer-funded resettlement agency. Strangers would also arrive at the hotel and prey on Abu Sidana and others, while trying to lure them into the sex trade, she said.

Sitting on a park bench a day after being released from hospital, Abu Sirdana told CTV National News: “I put a knife in my body because no one cares. Seriously no one cares.”

But it turns out there are Canadians who do care. After the 22-year-old shared her story with CTV National News, a family reached out to refugee advocate Mona Elshayal.

“A very kind woman reached out to me who was very concerned because she has a daughter around the same age. She felt bad because she thought, what would happen if this was my daughter? She just wanted to do what she could to help her out,” shares Elshayal.

Just last week, Abu Sirdana moved into a two-bedroom condo with the family’s daughter in Ottawa. All the young refugee says she ever wanted was a space where she felt safe. An apartment with her own bathroom and washroom. She now has that and a sense of humanity and self worth that she’s never experienced.

She can’t help but smile when talking about her new surrogate mother. “She gave me a chance at life. She said I’m here for you, if you need anything call me, if you’re sick I’ll be here the next day. Can you imagine anyone being so kind?”

Abu Sirdana’s new Canadian family have asked to remain anonymous, but the mother shares that she just wanted “to give Aziza a safe place to live, in our Canada, the Canada my daughter lives in. I want Aziza to achieve her dreams.”

Abu Sirdana is quick to share that she’s Muslim, and the family who’ve welcomed her as one of her own is Jewish. An unthinkable act of kindness amid the conflict back home is now a reality here on this side of the world.

Abu Sirdana said she previously couldn’t “imagine that there’s a Jewish family, that would say ‘welcome’ (and open their doors to a Muslim from Gaza) but this is Canada. This is life in Canada.

“Here in this country you have all these people from different places all living together. You can walk where you want, speak to who you want, be friends with who you want,” she said.

Elshayal, who helped facilitate the life-changing move, said: “my hope is that she feels she’s in a safe place, that she has a family, that she has people that care about her and that she has every opportunity as she should when coming to Canada.”

Abu Sirdana had to put her university education on hold and now hopes to continue her studies, and her life.

Thanks to the generosity of one Canadian family she can now look forward to experiencing it.