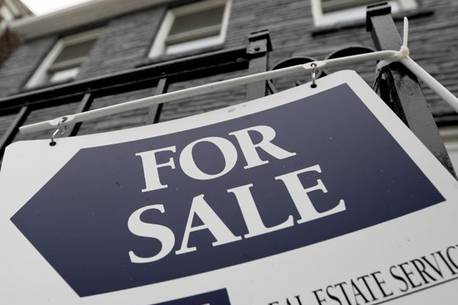 The spread of the COVID-19 virus convinced most people in Ottawa that April was not the time to buy or sell property.

The number of residential properties that changed hands last month plummeted 56 per cent year over year to 700 while just 213 people bought condos — down 51 per cent from April 2019. This is a tiny fraction of the roughly 400,000 properties across Ottawa.

Yet, there’s a more complicated story here as well. Given the deep reluctance of buyers to canvass neighbourhoods or of sellers to allow strangers into their homes, it’s actually rather surprising the plunge in the number of sales wasn’t deeper. In greater Toronto for instance, industry sales volumes shrank a stunning 67 per cent year over year.

Equally remarkable in Ottawa, average sale prices jumped more than six per cent year over year to $521,700 and $327,800, respectively, for residential properties and condos. In greater Toronto, average prices over the same period were flat.

John Rogan thinks he has an explanation. The broker of record and manager of Royal LePage Performance Realty has been in the real estate business for 53 years, most of it spent in Ottawa.

While Rogan has seen nothing like the spread of the COVID-19 virus as a disruptor of business, he says the city’s economy has several attributes that offer relative protection even in times of severe stress.

“Lots of people have been hurt by the virus,” he says, “but family incomes are still relatively secure in Ottawa and there’s lots of in-migration.” Rogan adds that before COVID-19 forced the lockdown of the economy in mid-March, the real estate market had been on fire. From January to mid-March, average price gains year over year topped 20 per cent for residential and condo markets alike.

Rogan says this momentum spilled over into April. “Anywhere from 20 to 40 per cent of the time, we’re still getting multiple offers for the properties that are for sale,” he says. That’s down somewhat from February, when the Ottawa Real Estate Board reported that nearly 60 per cent of properties were sold following a bidding war.

“There’s still pent-up demand,” board president Deborah Burgoyne agreed in an interview. “This is also an industry that’s been finding its feet since mid-March. Brokers are doing virtual viewing and have figured out how to buy and sell properties using the appropriate safety protocols,” she added.

The demand takes several forms. Younger clients tend to be less concerned about the risks of COVD-19. There are also potential buyers entering the market who were frustrated by their previous inability to secure a property after losing bidding wars. And, of course, hundreds of people move in and out of Ottawa in any given month because they’ve landed new jobs or family circumstances have changed.

“Although it won’t be business as usual when the market opens up again,” says Burgoyne. “We believe sales will rebound and make up for the spring decline.”

Burgoyne and Rogan acknowledge much depends on the duration of the economic lockdown. If the city’s jobless rate remains above 20 per cent for the summer and beyond, it’s difficult to believe it won’t have a negative impact on residential sales and prices.

I have to say the Edmonton area real estate market has surprised me.

When you consider the onslaught we have had in the past five years — oil price crash, more than 100,000 job losses, fires, floods, domestic and international trade disputes and then COVID-19, I would say the Edmonton and area real estate values have held up extraordinarily well.

Since 2014, we’ve only seen modest declines in prices, with single family homes declining the least. Edmonton remains Canada’s most affordable major city with one of the highest average incomes.

Other Canadian cities have seen significant price gains in the same time period creating a bigger difference in real estate values between regions. We have had clients who can work anywhere and chose Edmonton as they can afford much nicer living quarters here for the same money.

Given the lower prices and interest rates combined with rising rental demand, it is easier for investors to get positive cash flows. We are seeing investors looking at condos for their positive cash flow. This fact will help to support our real estate values.

Canadian real estate markets may be getting another inventory headwind soon. National Bank of Canada (NBC) research estimates AirBNB hosts may contribute to oversupply later this year. As the slowdown impacts hosts, many may be incentivized to sell. By their estimates, just a quarter of hosts selling would cause inventory in cities like Toronto and Vancouver to swell.

AirBNB helps homeowners take existing housing stock and convert it to short-term rentals. Rather than staying in hotels, travelers can now stay in existing non-hotel stock. At first, it wasn’t a big issue when just a few people were doing it. As the platform expanded, people began buying additional housing just to operate short-term rentals. By repurposing housing that would otherwise be long-term units, cities now need additional housing. Basically, short-term rentals lead to an inventory squeeze, pushing rents and prices higher. Temporarily at least, for as long as the squeeze persists. That squeeze could end as quickly as travel did.

The travel industry doesn’t expect travel to recover quickly from the pandemic. The US has approved some routes cutting plane traffic up to 90% until September. The IATA, the trade association for international airlines, also doesn’t see traffic returning to 2019 levels until at least 2023 – at the earliest. What does this mean? Fewer users of short-term rentals, and more competition from hotels for those travelers. All of this can have a big impact on real estate inventory, according to NBC numbers.

If just a quarter of AirBNB inventory is sold off, NBC sees a lot more real estate listings on the market. In Vancouver, the bank estimates real estate listings would rise 12%. Montreal would see an increase of 27% in resale listings. Toronto is another story though, with inventory forecasted to rise a whopping 34%. That’s with just 25% of AirBNB exiting as hosts.

The potential increase in real estate listings if 25% of AirBNB properties were listed for sale.

The boost is another headwind for inventory rising later in the year. Inventory was already expected to rise in the coming few months. NBC economists believe this would be “exacerbating oversupply in the coming months.”

In a brand new video podcast series, Gerry Lantaigne with Sutton Group – Muskoka Realty discuses the world of real estate in Muskoka during the Coronavirus pandemic.

Spurs’ Gregg Popovich: U.S. ‘is in trouble and the basic reason is race’ – Sportsnet.ca