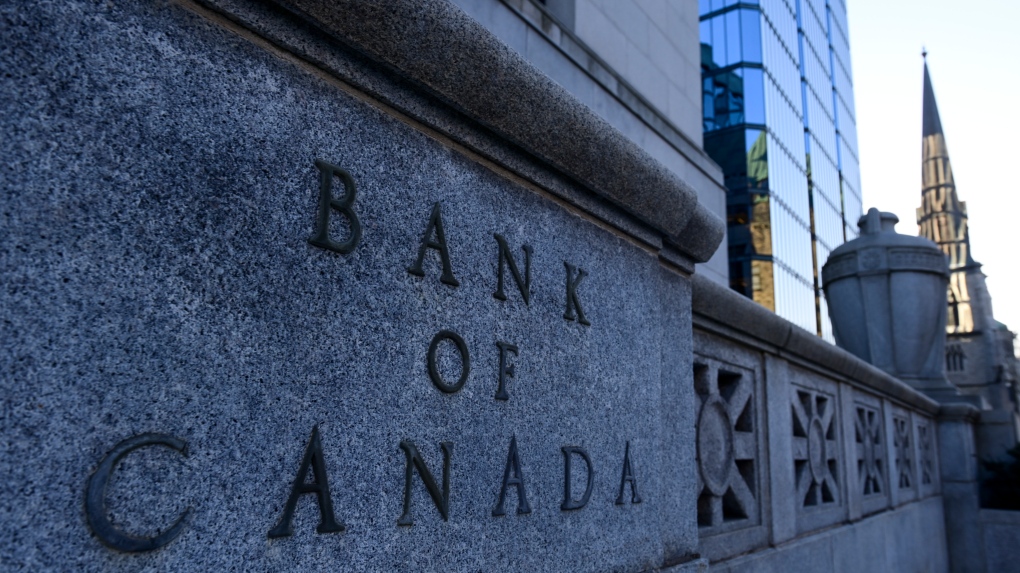 Canada’s central bank has sent a warning that increases in the cost of living would continue into next year, but signalled it wasn’t yet prepared to pull its key lever to rein in inflation.

The annual pace of inflation in October rose to 4.7 per cent, a pandemic-era high and the fastest year-over-year gain in the consumer price index in 18 years.

The Bank of Canada said high inflation rates will continue through the first half of next year, but should by the second half of 2022 fall back to its comfort zone of between one and three per cent.

By the end of next year, the bank is forecasting the annual inflation rate to fall to 2.1 per cent.

While the path for inflation and the economy are largely following the central bank’s expectations, the statement released Wednesday said the bank “is closely watching inflation expectations and labour costs” to make sure they don’t take off and cause a spiral of price growth.

The comments in the last scheduled rate announcement of the year left the key rate at its rock-bottom level of 0.25 per cent, unchanged from where it was in January at the onset of the COVID-19 pandemic.

The announcement also said that the bank doesn’t expect to raise the trendsetting rate until some time between April and September next year, which is unchanged from its previous guidance.

“Overall, the (Bank of Canada) did indeed resist spitting in anyone’s holiday ‘nog,” Derek Holt, head of capital markets economics at Scotiabank, wrote in a note. “They stayed on track with guidance to begin entertaining rate hikes as soon as next April.”

When the bank moves, it is likely to move fast and furious, said BMO chief economist Douglas Porter. The bank has a history of quickly raising rates from emergency levels, he said, suggesting four rate hikes by the end of 2022.

“When the Bank of Canada believes that interest rates need to go up, they don’t tend to wait around, they tend to move relatively quickly,” Porter said.

The bank said the economy appears to have “considerable momentum” heading to the end of the year after growing at an annualized rate of 5.4 per cent in the third quarter of the year, a hair below what the Bank of Canada forecasted in October.

The Bank of Canada’s statement noted that the quarterly growth brought total economic activity to within about 1.5 per cent of where it was in the last quarter of 2019, before COVID-19 washed upon Canada’s shores.

Similarly, the labour market had a stronger-than-expected showing in November, pushing the share of core-age workers with a job to an all-time high and leaving the unemployment rate 0.3 percentage points above its pre-pandemic level in February 2020.

Still, the bank notes headwinds from devastating floods in British Columbia and uncertainties from the Omicron variant that could throw another wrench into snarled supply chains, and scare off consumers from spending on services.

TD senior economist Sri Thanabalasingam said the bank may move sooner on rates if Omicron proves to be less of a health concern than initially feared, noting the economy can handle it “with inflation running hot, and the labour market on solid footing.”

A rise in rates would impact interest charged for variable rate mortgages, which could tighten the finances of households that over the course of 2021 have added $121.5 billion in mortgage debt, including $38 billion between July and September.

“It’s going to be, I think, particularly problematic for Canadians who have gone into fairly substantial mortgages, particularly when interest rates have been low for such a long period of time,” said Tashia Batstone, president of FP Canada, a financial-planning association.

“What that means is you have to work harder to stick to your budget, you have to be watching the debt that you’re taking on, and in particular watch that you may not be able to have the flexibility around mortgage loans.”

This report by The Canadian Press was first published Dec. 8, 2021.

In a letter to his clients, Ackman praised the company’s “best-in-class management team” and on Twitter the manager said he has long admired Netflix CEO Reed Hastings and the “remarkable company he and his team have built.”

Netflix shares climbed as much as 5% in after-hours trading. They had tumbled more than 30% in the last five days, a much steeper swoom than the broader market. After the market closed last Thursday, Netflix forecast weak subscriber growth.

Ackman, whose firm invests $22.5 billion, wrote that he had been analyzing Netflix at the same time he was investing in Universal Music Group and was ready to buy when Netflix’ “stock price declined sharply last Friday.”

“Now with both UMG and Netflix, we are all-in on streaming as we love the business models, the industry contexts, and the management teams leading these remarkable organizations.”

To raise the cash to make the Netflix purchase, Ackman said the firm unwound a big piece of its interest rate hedge which generated profits of $1.25 billion.

He said that if he had not sold the hedge, his performance would have been better. His Pershing Square Holdings lost 13.8% in the first three weeks January, the worst start to a year for the manager in years.

He said these companies are high quality businesses that can withstand inflationary pressures because they are able price their products to preserve profits.

Netflix’ stock price surged during the pandemic as live performances were shut down and movie theaters were largely off limits.

The company has been a favorite with prominent investors before. Roughly a decade ago Carl Icahn, an activist investor like Ackman, took a 10% position in Netflix and thought the company might need to sell itself to a technology company as its shares were undervalued. Ackman, who has pushed other companies to perform better, appears to be approaching this investment as a friendly investor. “We are delighted that the market has presented us with this opportunity,” he wrote on Twitter.

Levi Strauss & Co forecast annual sales and profit above analysts’ estimates after topping quarterly results on Wednesday, bolstered by higher prices and strong demand for its jeans and jackets, sending its shares up 8% after the bell.

People shopping for casual outdoor clothing as pandemic restrictions eased and a resurgence in retro fashion styles such as high-rise and loose-fitting jeans have buoyed demand for the company’s denims.

The Signature and Levi’s 501 jeans maker said it expects revenue between $6.4 billion and $6.5 billion in fiscal year 2022, compared with analysts’ estimates of $6.37 billion, according to Refinitiv IBES data.

The robust demand has, however, coincided with increased production and shipping costs, forcing companies to raise prices to offset the inflationary pressures.

Levi plans to raise prices further in 2022 and beyond, Chief Executive Officer Chip Bergh said on a call with analysts, adding that demand outstripped supply in the quarter due to supply chain snarls.

Lower promotions, more full-price selling and the reopening of its European and Asian markets also lifted the Denizen brand owner’s sales in the reported quarter.

Compared to pre-pandemic levels, Asia net revenue was flat in the three months ended Nov. 28, recovering from a 23% slump reported in the third quarter.

Holiday season sales came in above its expectations, the company said, in contrast to downbeat estimates from retailers including Lululemon Athletica Inc and Abercrombie & Fitch Co.

San Francisco-based Levi expects adjusted full-year profit per share between $1.50 and $1.56, compared with estimates of $1.52.

(Reporting by Deborah Sophia in Bengaluru; Editing by Vinay Dwivedi and Sriraj Kalluvila)

More than one-third of airline pilots are still not flying as the pandemic continues to take its toll on aviation globally, according to a new survey, though the situation has improved from a year earlier when the majority were grounded.

A poll of more than 1700 pilots by UK-based GOOSE Recruitment and industry publication FlightGlobal, released on Wednesday, found 62% globally were employed and currently flying, up from 43% a year earlier.

The proportion of unemployed pilots fell from 30% to 20%, while 6% were on furlough, compared with 17% previously as air traffic began to bounce back from 2020 lows.

But in the Asia-Pacific region, the worst-hit globally by a drop in international travel due to tough border restrictions, the proportion of those unemployed rose from 23% to 25%. The region also had the lowest number that were employed flying at 53%.

“We have … seen some expatriates return home from the region due to concerns over quarantine or being stuck for long periods away from friends and family,” the report on the survey said.

Hong Kong’s Cathay Pacific Airways, a large expatriate employer in Asia, has lost hundreds of pilots through the closure of its Cathay Dragon regional arm as well as almost all of its overseas bases during the pandemic.

Pilot attrition at Cathay has also been rising amid strict layover rules that leave crew members locked https://www.reuters.com/world/asia-pacific/locked-hotels-hong-kongs-covid-19-rules-take-mental-toll-cathay-pilots-2021-11-26 in hotels when they are not flying.

Of the pilots still flying globally, 61% told the survey they were concerned about their job security.

“It appears only Northern America is back to post-COVID passenger numbers,” said an unnamed captain flying in the Middle East and Africa. “The rest of the world, especially developing nations, are still struggling to get vaccines, and are still not travelling.”

(Reporting by Jamie Freed in Sydney; Editing by David Gregorio)