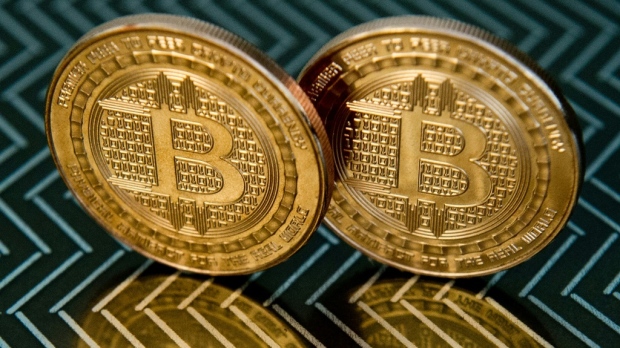 Bitcoin hit a record-high near US$45,000 on Monday after Elon Musk’s electric carmaker Tesla invested US$1.5 billion in the digital currency.

The cryptocurrency is up by around 50 percent since the start of the year.

“This is probably one of the biggest developments for the cryptocurrency industry,” noted Fawad Razaqzada, analyst at ThinkMarkets.

“Tesla is going to be a major player in the auto industry and if it starts accepting bitcoin as a form of payment, it will give the digital currency further legitimacy.”

Tesla’s announcement, in a US Securities and Exchange Commission document, is a sign of confidence in the cryptocurrency that regulators are concerned could be used for illegal transactions.

“As more and more companies start accepting bitcoin, this will only lead to further increases in demand in a market which is limited in supply,” Razaqzada added.

“Therefore, the long-term outlook on bitcoin remains bullish even if it is starting to look quite expensive in fiat currency terms.”

Just 12 years old, bitcoin has seen a meteoric rise since March, when it stood at $5,000, spurred by online payments giant PayPal saying it would enable account holders to use cryptocurrency.

A number of central banks have responded to the rise of cryptocurrencies and the dwindling global use of cash by announcing plans for bank-backed digital units.

Unregulated by any central bank, bitcoin emerged as an attractive option for investors with an appetite for the exotic — although criminals have also picked up on its under-the-radar appeal.

Debate has raged over the status of the digital asset, launched in late 2008, as to whether it should be seen as a form of money, an asset or a commodity.

After the unit — worth a handful of cents in late 2008 — surpassed $1,000 for the first time in 2013, it increasingly began to attract the attention of financial institutions and has experienced wild price swings.

Tesla’s move is “the kind of backing that can take bitcoin through $50,000”, remarked Neil Wilson, chief market analyst at Markets.com.

It nonetheless raises “questions for fund managers who may not want to invest in a company with this kind of risk on its balance sheet — we know bitcoin is very volatile”, he added.

In light of the current volatility in stock markets and low yields in the fixed-income space, investment in farmland has become increasingly attractive to institutional and private investors. The high-quality, in-demand asset class offers the promise of stable, uncorrelated returns along with an effective hedge against inflation.

“In Walter GAM, Bonnefield has found an ideal partner to help us achieve our long-term vision for our company,” said Bonnefield President and CEO Tom Eisenhauer. “In addition, Bonnefield should benefit from Walter Global Asset Management’s multifaceted support through its next ambitious stage of growth, while creating with this transaction a true win-win situation for all of our stakeholders.”

Bonnefield will remain independently operated by its existing management team, who will also be getting an increased stake in the firm as it aims to grow employee ownership over time. The management team will also have the opportunity to access expertise provided by Walter GAM as they leverage Bonnefield’s leading position to boost growth and achieve its full potential.

The transaction is also anticipated to result in greater access to capital for Canadian farmers, both from Bonnefield’s existing farmland purchase and lease offerings as well as future product offerings to help farmers grow, transition, and mitigate financial risk in their businesses.

Osisko Metals Inc. (TSXV: OM) (OTCQX: OMZNF) – As sustainability and electric transportation rise in popularity the demand for zinc increases and this company is poised to take advantage.

Whitehorse Gold Corp. (TSXV: WHG) – This company sports a new management team stocked with industry veterans ready to revive and expand a past producing mine.

NorZinc Ltd. (TSX: NZC) (OTCQB: NORZF) – BTV learns why this company’s high-grade zinc-lead and silver mine is on track to be the next development mine in the Northwest Territories.

Victoria Gold Corp. (TSX: VGCX) (US: VITFF) – BTV gets an update on the company’s Eagle Gold Mine in central Yukon on target to produce between 180K- 200K ounces of gold in 2021.

To view the source version of this press release, please visit https://www.newsfilecorp.com/release/76059

News Provided by Newsfile via QuoteMedia

Dr. Peter White is a Professor in the School of Communication at Simon Fraser University where he is Director of the Genomics and Networks Analysis (GeNa) Lab and Associate Director of the Centre for Policy Research on Science and Technology. He is also has affiliate Professor positions in Computing Science at SFU and the Faculty of Medicine at the University of British Columbia. He is a member of the Centre for Clinical Diagnostic Genomics at the Michael Smith Genome Sciences Centre in Vancouver. He received his PhD from the Annenberg School for Communication at the University of Southern California in Los Angeles.

John Vu, lead director, stated, “Dr. White is a leading block chain expert with deep industry experience and acumen. His work in the space has resulted in multiple commercially beneficial endeavours and we will leverage his breadth of knowledge to evaluate the multiple value creating opportunities we are currently evaluating in order to make our first investment in the sector over the coming weeks.”

The CSE does not accept responsibility for the adequacy or accuracy of this release.