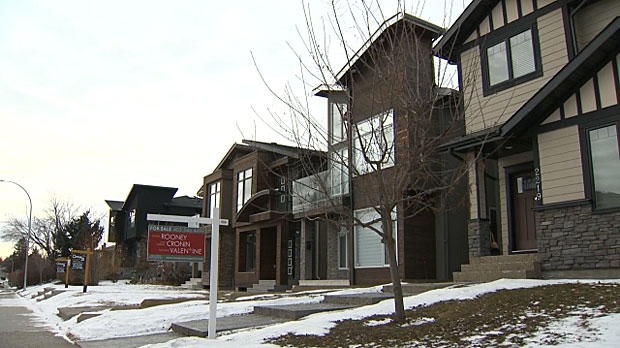 CALGARY —
The Calgary Real Estate Board is predicting continued growth in Calgary’s housing market this year as result of low lending rates, but ongoing challenges are expected to prevent a substantial increase.

In its annual forecast released Tuesday, CREB predicted total sales in Calgary would increase in 2021 by nearly five per cent compared to last year’s sales.

The 2020 sales numbers exceeded initial expectations, bolstered by a rebound in the second half of the year as demand outpaced supply.

“It is expected some of the momentum recorded at the end of 2020 will continue into 2021, fueled by exceptionally low lending rates and pent-up demand,” said Ann-Marie Lurie, CREB chief economist, in a statement. “While sales are expected to rise by nearly five per cent on an annual basis in 2021, persistent economic challenges are expected to prevent stronger growth in our housing market.”

CREB is expecting an increase of listings in 2021 as homeowners facing economic challenges may need to sell during high unemployment, while other owners who were reluctant to list at the onset of the COVID-19 pandemic begin to enter the market.

A surge in real estates prices that extended down the Highway 401 corridor created a 35-per cent jump in the average price of a home in the Windsor area this January compared to January 2020.

“The underlying facet of this is really the fundamental of supply,” said Windsor-Essex County Association of Realtors president Damon Winney.

“In January 2020 there were more new listings than this January. We’ve all heard the stories of 10 to 20 bidders for a property.

“With fewer new listings, we’re moving through our inventory of homes quickly. We only have 319 active listings on the board right now.,” said Winney, who is also co-owner of Jump Realty.

Local homes are taking only eight or nine days on average to sell, he said.

The rental market for apartments also remains tight with a 3.2-per cent vacancy rate compared to 3.6 per cent a year ago.

It’s a similar housing story in London and Chatham where homes are moving as quickly and there is less than a month’s supply of homes on the market based on the current rate of sales.

“They aren’t as eye-popping as 35 per cent, but they’re still strong at 24 per cent,” Winney said. “That’s more in line with the provincial average.”

Monthly prices increased 21 per cent in Ontario, the largest increase of any province, with the average home costing $796,884.

The highest average price remains in British Columbia at $843,830 with New Brunswick being the most affordable province to buy a home at $205,074.

“The two big challenges facing housing markets this year are the same ones we were facing last year — COVID and a lack of supply. With luck, some potential sellers who balked at wading into the market last year will feel more comfortable listing this year,” he said.

The inventory of new listings in Canada is at a record low.

CREA’s forecast released last week for the Windsor market remains robust in terms of prices and in economic and population growth.

Winney said COVID has made buying a home challenging, but supply has also become restricted as some homeowners have opted to renovate their homes and stay put.

At the same time, there’s also continued interest from outside buyers, particularly from large urban areas like pricier Toronto.

A stable workforce, good climate, border access and the ability to cash in their expensive Greater Toronto Area homes and buy cheaper in the Windsor region are all driving the rising prices in the local housing market.

“I also believe there’s a density concern when we look at people moving from the GTA to here,” Winney said. “People are seeking space.

“They can get a four-to-five bedroom home with space for a home office, larger yard, better lifestyle and a better cost of living.”

Bungalows were the most popular choice for buyers in January followed by two-storey dwellings. 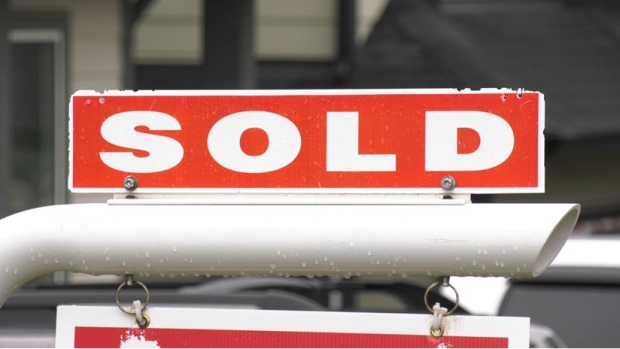 VICTORIA —
Greater Victoria’s real estate market showed no signs of slowing down in February, with both condo and single-family home sales increasing from the month before.

In total, 863 properties were sold in the Greater Victoria region in February, up 33.6 per cent from January, and up 53.3 per cent compared to the same time last year.

According to the Victoria Real Estate Board (VREB), limited inventory in the region is causing the price of real estate to increase, especially when it comes to single family homes.

“The good news is that we have seen some stabilization in listings and condo pricing between January and February, but we continue to see huge pressure on single-family homes – new listings are snapped up as soon as they are listed,” said VREB president David Langlois in a release Monday.

“As a result, the pressure on single family homes continues to ramp up,” he said.

As low inventory continues to drive up prices in the region, the Victoria Real Estate Board is asking residents to call on local governments to fast track construction in Greater Victoria.

In a rare move, VREB said that more work was required to make sure housing prices were brought back down, after it says the provincial government failed to improve market conditions.

“Demand-suppression measures have not worked and their failure to moderate housing prices in our community has only exacerbated the pressure on the supply that was constrained 10 years ago but is now at historically low levels,” said Langlois.

“If you are concerned about housing prices and availability of housing in general in our community, please support development in your municipality,” he said. “Gentle density and the building of new homes are the only pathway to moderate housing prices in our area.”

During pandemic-plagued 2020, the total value of residential real estate in B.C.’s Lower Mainland increased by $50 billion, according to the BC Assessment Authority. Geographically and historically, Metro Vancouver represents perhaps the best opportunity on the planet to make money in real estate. Mortgage rates are at 100-year lows and the Vancouver area has the second-most expensive and among the fastest-rising home prices in the world.

For novice investors, however, the daunting price of real estate – the Vancouver region composite home price is around $1 milllion – appears such a barrier that many believe they are frozen out of the market forever.

In this first of a four-part Western Investor series on real estate investing, we outline how strategic investing can allow non-accredited buyers to get onto a real estate ladder that could carry them to their first home and beyond.

Let’s start with how to get a share of Greater Vancouver real estate by investing in a real estate investment limited partnership– in this case, a platform with the lowest entry price point.

Start-up addy Invest has launched a web-based  platform that provides an opportunity to purchase a share of selected real estate properties for as little as $1, with maximum non-accredited investments capped at $1,500. (Non-accredited refers to those who have net assets of less than $5 million (not including a private home) and incomes of less than $200,000 per year. In other words, most of Canada’s population.)

Addy works with deep-pocket partners to secure a property and then takes a stake in the building, usually from $500,000 to $1 million, as a limited partner. It then breaks its share into $1 allotments, which it sells to investors.

On launch day, Addy releases the property on their online platform, and members have the opportunity to purchase as many units in the property as they desire, up to the $1,500 maximum for non-accredited members. The members can choose which of the current properties they want to invest in, explained  Addy co-founder Stephen Jagger.

A recent Addy project was a new-built commercial property in Chilliwack, B.C., tenanted by Starbucks under a long-term, triple-net lease. The  Addy offering sold out in 36 days during November and December 2020, and the 833 investors will be paid a quarterly dividend starting April 15, 2021.

Some Addy properties pay a quarterly or annual dividend, but others are buy-hold-and-sell opportunities where the investor takes a share of the appreciation when the property is sold, or the offering can be a mix of rental income and a share of the exit appreciation.

The platform is attracting some very small investors.

Jagger said one 25-year-old member is transferring small amounts of $1 to $20 per week into his Addy “wallet”, allowing it to build up. The average member invests about $500.

Addy’s current project is an existing 22-unit rental apartment building in North Vancouver, where the general partner is Stephen Evans, who founded Pure Multi-Family Real Estate Investment Trust in 2012, built it into a 22-building U.S. portfolio and sold it in 2019 for $1.6 billion. Addy has a $1 million share in the fully-rented North Vancouver property and, so far, 999 members have invested an average of $386 each in the project. Members get a share of the rental income and a split of the proceeds when the building is sold – in this case within five years.  Addy said the North Vancouver property is close to being fully subscribed, but the firm has a second property, a Granville Street downtown mixed-use residential- commercial building that will come to the platform within weeks.  A Kelowna multi-family property, a Toronto rental portfolio, and two more North Vancouver apartment buildings are also coming to the platform shortly.

Once members sign up for free to the Addy website, they open a wallet and put in as much as they can afford. All of the properties are listed online, along with due diligence information and regular tracking of how the investment is performing. Funds from the member’s wallet can be transferred into the limited partnership of any property that the member chooses, or the funds can be split among different properties.

“You can follow along with any property online. It is totally transparent. You can become a landlord without the land lording,” Jagger said.

Jagger said Addy itself has not yet turned a profit, but the company plans on eventually having paid membership, “like Costco”, as the platform expands.

“Most limited partnerships are meant for high-net worth individuals who can afford to invest $100,000 to $500,000 or more,” said Jagger, who started Addy with co-founder   Michael Stephenson. “Our idea is to help the vast majority of regular Canadians get a share in the real estate market.”

Jagger concedes that there are no guarantees with the Addy invest, but notes that real estate, particularly in Metro Vancouver, has historically been a consistent money maker.

Next in the series: investing in new multi-family projects and condominium as limited partnerships in Victoria, Metro Vancouver and Kelowna.