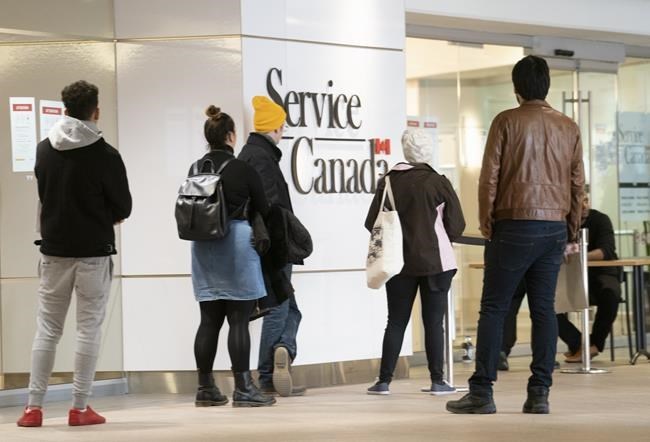 One year into the pandemic, Canada’s job market is 599,100 jobs short of where it was in February of last year, or 3.1 per cent below pre-pandemic levels.

The shortfall is higher for young workers at 10.2 per cent, with young women between the ages of 15 and 24 the most affected group through this pandemic.

The details add to the portrait of the pandemic’s disproportionate economic impact on women, dubbed the “shecession,” that the federal Liberals hope to address through a panel of experts that first met with Finance Minister Chrystia Freeland on Thursday.

“It reminds us that the shecession is not just mothers,” said Vass Bednar, executive director of McMaster University’s master of public policy program, and former chair of a federal expert panel on youth employment.

“There might be other reasons that women’s jobs are either being eliminated, or that they need more support coming back to the labour market.”

Ottawa has suggested it will use jobs as a gauge for planned stimulus measures to be unveiled in a spring budget.

While Prime Minister Justin Trudeau called the gains good news for workers and their families, Conservative critic Pierre Poilievre warned the government can’t yet pat itself on the back as he called for tax reform and other measures to get more people back to work.

The Bank of Canada is also monitoring employment data, noting the uneven impacts of job losses in its reasoning this week for holding its key interest rate target at 0.25 per cent.

Overall, the gain in February almost wiped out the 266,000 jobs lost over the previous two months, as lockdowns from December and January lifted in much of the country.

Almost all the job increases were among low-wage and part-time workers in areas like retail and accommodation.

The Conference Board of Canada noted the reopening of many retail outlets, mainly in Quebec and Ontario where lockdowns were particularly strict, brought back 122,300 jobs in February after losses of almost 168,000 jobs in January.

“There is hope that as those sectors are eventually able to reopen, that we could recover quite quickly,” Porter said, adding he expects another gain in March.

The gains blew past expectations and were reminiscent of the first wave of the pandemic when employment rebounded far faster than expected as the economy began reopening, CIBC senior economist Royce Mendes wrote in a note.

The national unemployment rate fell to 8.2 per cent, the lowest level since March 2020 at the onset of the COVID-19 pandemic.

The rate would have been higher, 10.7 per cent, had Statistics Canada included in calculations Canadians who wanted to work but didn’t search for a job.

The youth unemployment rate fell to 17.1 per cent in February, compared with the 10.4 per cent in the same month last year.

Typically, the youth unemployment rate is higher for men than women, but that trend has flipped during the pandemic, Statistics Canada said.

The agency noted that half of young women are employed in three highly affected sectors: accommodation, food services and retail.

“The higher unemployment rate is actually because of the labour market turbulence. It’s not because of young women leaving the workforce by choice, for example, to go back to school,” said Leah Nord, senior director of workforce strategies at the Canadian Chamber of Commerce.

Nord said the figures speak to an urgent need for focused training programs so young workers can gain new skills, and improve what they already have.

“Students are not feeling that they’re going to have an opportunity to get valuable work experience in their field of study and start to build the skills that they need in order to start a career,” said de Chastelain, a graduating student at Saint Mary’s University.

Employers may have to relax the premium they place on experience when hiring a young person, or shift their perspective to include things like volunteering, as many may now have experience gaps in formal employment, Bednar said.

“People might not be able to get that first job as easily as before and it’s really agitating for a generation of workers that is already set to fare worse than the generation before them,” she said.

This report by The Canadian Press was first published March 12, 2021.

Canadian economy stands to get boost from supercharged U.S. recovery – The Globe and Mail