While Chinese state media has downplayed a deadly military confrontation with India in the Indian-administered Ladakh region, Indian newspapers called for a “steely resolve” over the killing of at least 20 soldiers.

Indian news agency ANI on Tuesday night claimed that 43 Chinese soldiers had died in Monday’s clash, without giving further details. Chinese media did not reveal casualties on its side.

On Tuesday, the Indian army said 20 of its soldiers had been killed in a “violent face-off” along the Himalayan frontier, which resulted in “casualties on both sides”. Four other Indian soldiers are reported to be in critical condition.

China’s defence ministry confirmed late on Tuesday that there had been casualties, without giving a number, while its state media stayed relatively quiet on the skirmish, the most violent in decades.

Brawls erupt regularly between soldiers from the world’s two most populous nations across their disputed 3,500-kilometre (2,200-mile) border – but none had proved fatal since 1975.

The latest fighting occurred in the precipitous, rocky terrain of the strategically important Galwan Valley, which lies between China’s Tibet and India’s Ladakh.

The soldiers threw punches and stones at each other, with Chinese troops allegedly attacking their Indian counterparts with rods and nail-studded clubs during the fight that lasted more than six hours, India’s Hindustan Times newspaper reported on Wednesday.

China’s official media broadly buries news of the worst clash on the India China border in 50+ years. Not mentioned in People’s Daily and PLA Daily, the official papers of the Party and PLA (unless I missed it buried in a corner somewhere). Global Times Chinese carries on p 16. pic.twitter.com/MFU10XDGGD

Another leading Indian newspaper said the government should show “steely resolve” in its response to the worst clashes with the Chinese troops in decades.

“The provocation is grave – this is not the toll taken by an act of terror by a non-state actor, but a clash between two armies. Yet India must keep a clear and determined head. It needs to respond with calm deliberation and steely resolve,” the Indian Express said in an editorial.

Former Indian army officer and defence analyst Ajai Shukla wrote in the Business Standard newspaper that although India-China border skirmishes are common, Monday’s face-off was “a departure from the normal”.

“First, the PLA had encroached into areas like Galwan that were traditionally peaceful. Second, they entered in unusually large numbers that were in the thousands,” he wrote.

“This time PLA soldiers are digging defences, preparing bunkers and deployed artillery guns to the rear [albeit in their own territory] to support the intruders, said sources.”

Shukla said the “timing of the Chinese aggression” seemed to be “part of a strategy to remind India of its vulnerabilities”.

The Times of India daily was more belligerent, asking for a “push back” by India.

“Beijing can’t kill our soldiers at the LAC and expect to benefit from our huge market,” said its editorial, as it asked New Delhi to “denounce the revocation of Hong Kong’s autonomy” and “criticise human rights violations in Tibet”.

Indian news channels, most of whom are believed to support the governing Bharatiya Janata Party (BJP), also jumped in.

An anchor on Aaj Tak, a Hindi-language news channel, said the Indian army should be blamed for the incident, and not the federal government.

“The duty to patrol the borders is of the army and not the government,” she said, inviting a barrage of criticism on Indian social media.

The incident was very clear, as it happened on the Chinese side of the Line of Actual Control (LAC) and the responsibility did not rest with #China, said Chinese FM on China-#India border conflict https://t.co/M53euCmHEw

On the other side, the Chinese nationalist Global Times reported the number of deaths on the Indian side, but said China had not released information about casualties.

The foreign ministry’s official transcripts of its Tuesday press briefing redacted remarks from its spokesman about the clashes.

The Global Times said in an editorial that China did not disclose the death toll of the confrontation “to avoid comparing and preventing confrontational sentiments from escalating”.

“China does not want to turn border issues with India into a confrontation,” the editorial said, blaming India for “arrogance and recklessness”.

These journalism grads wanted Canadian media to do a better job on Black stories. So here's what they did – CBC.ca

The CSI 300 Index jumped as much as 3.6% on Monday morning, after surging almost 7% last week in its best performance since November 2015. Turnover on the gauge was more than three times the average for this time of day. Brokerages led the gains after China International Capital Corp. hiked target prices for the industry, predicting the stock market will double in value in the next 5-10 years.

A front page editorial in the Securities Times on Monday said that fostering a “healthy” bull market after the epidemic is now more important to the economy than ever. The article pinned the accelerating gains on stock market reforms and excess global liquidity, while saying the struggle between the “world’s powers” underscores the importance of a mature financial market.

China’s state media have long guided investors during key points in markets, whether talking up stocks or seeking to cool overheated speculation. While a strong domestic stock market would send a positive signal about China’s resilience to the coronavirus pandemic, as well as aid company fundraising, it also risks inviting bubbles — such a five years ago, when the equity market crashed after a debt-fueled rally.

“The state is very cautious about is creating another boom-bust as seen in 2015, realizing the harm to confidence that comes from the bust is greater than the good from the ride up,” said Wang Zhuo, Fund Manager at Shanghai Zhuozhu Investment Management Co. Ltd.. “We are still staying in the sectors we already hold which are largely undervalued because we profit from the alpha more than the beta in the market.”

The CSI 300 is up 12% this year, the biggest gain among major global benchmarks, to trade at a five-year high. Its 14-day relative strength has climbed to 86, the highest since December 2014.

A Kamloops police officer’s conduct is under review after he made black face jokes in a series of posts on his personal Instagram account.

RCMP Const. Rupert Meinke’s posts showed him receiving skin treatment. In one photo, a woman is apparently applying a black cleansing mask to his face; another appears to be a selfie with the cleansing mask on.

The photo of the mask being applied is accompanied by this caption: “Black face session. It’s suppose to help my looks. I don’t think it’s working,” followed by a laughing emoji.

The selfie is accompanied by this caption: “Is my skin racist? Micro aggressions matter.”

Meinke’s Instagram is private and it’s unclear when the posts were made, but screenshots of them began circulating on social media late last week.

“In this day and age that we’re in, that would be a dumb thing to do,” Lecky said. “I would certainly look into it.”

Lecky said he is unable to discuss Meinke’s posts because they were made on a personal Instagram account.

“It’s a social media account that is private and it isn’t linked to policing or the RCMP,” Lecky said. “So, I can’t even confirm to you if it’s a member.”

If he were to be made aware of such posts coming from a constable, Lecky said, an internal code-of-conduct investigation would be launched.

Meinke has also worked as a part-time instructor at Thompson Rivers University. He has taught police and justice studies classes.

“Our commitment is to create a university where everyone belongs, where we show our respect for one another through our actions and in our words,” she said. “While we won’t be providing further comment on this matter, we can confirm the individual has taught courses part-time at TRU in the past.”

Lindsay said Meinke is not currently employed by or teaching at TRU.

Lecky said he was first made aware of the Instagram posts on Sunday, July 5.

CTV News Vancouver also reported on this story and was among media outlets to reach out to Meinke for comment. He replied, saying: “Sorry I cannot comment other than it is a skin care product. Take care.”

“Charcoal face masks, no harm, no foul,” Vanessa Simon, an activist and organizer for Black Lives Matter, told CTV. “But then you’re posting on your social media for the public to see, asking, ‘Is this racist? Micro aggression matters,’ you’re setting yourself up to be ridiculed by the community and he is getting what is coming to him.”

Simon told CTV News she was frustrated when she first saw the posts, opining they are insensitive and in poor taste.

“It’s concerning to me that there’s someone like that in the police department,” she said.

CALGARY —
When a woman shared a photo of her late father in a placed she couldn’t quite place, she turned to social media for help.

It all started when a Reddit user posted a thread Saturday, asking for help from fellow users to identify a particular spot in K-Country.

The discussion ended up spurring dozens of comments, leading up to the point where users not only identified the spot by name, but provided Google Map coordinates for the exact location. 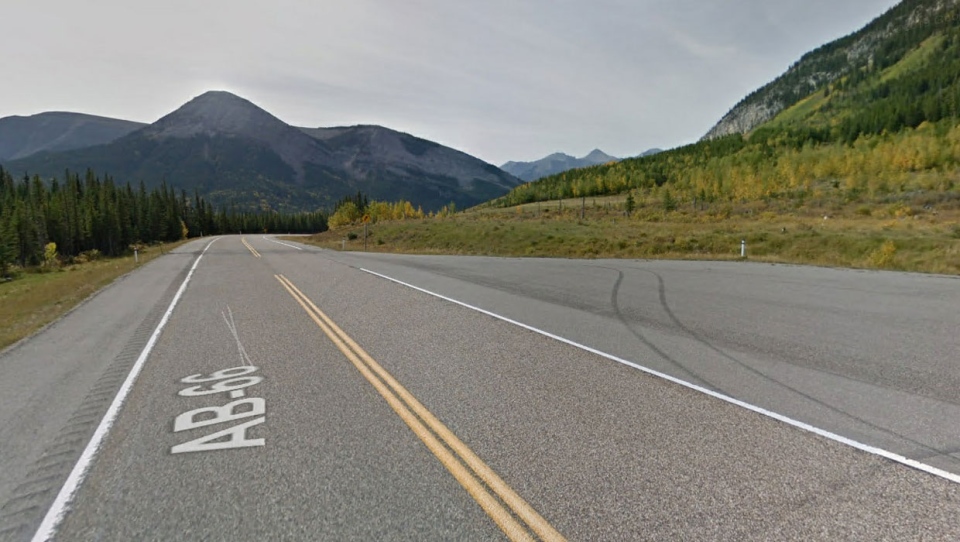 As a result, the woman said she plans to do a photo tribute at the location for her father.

To make the situation even sweeter, the user said she still has her father’s motorcycle.

“We still have his BMW seen in the pic. Oh boy, that means I’d have to get licensed up. It’s a large bike and I’m a tiny woman, hah!”