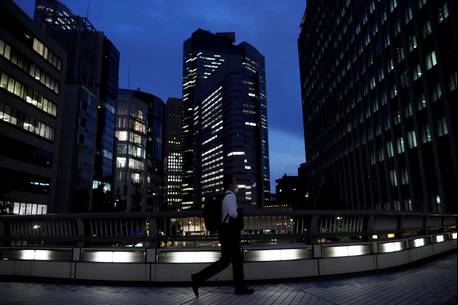 TOKYO (Reuters) – Japan’s government upgraded its view on consumption in a monthly report in October on stronger demand for electronics and higher travel spending, but cautioned broader economic conditions remained severe due to the coronavirus pandemic.

Authorities maintained their assessment that the world’s third-largest economy was showing signs of picking up from the fallout of COVID-19, which included a hit to Japan’s exports from a slump in global demand.

“The Japanese economy remains in a severe situation due to the novel coronavirus, but it is showing signs of picking up,” the government said in its October economic report.

The economy suffered its worst postwar contraction in the second quarter and analysts expect any rebound to be modest.

The government already has announced $2.2 trillion in economic stimulus in response to the virus crisis, and analysts polled by Reuters said it should compile a third extra budget for the current fiscal year.

The government said the impact from policy measures at home and improvement in economic activity overseas supported hopes for a continued rebound in the economy.

But it also flagged the risk that coronavirus infections could further weigh on domestic and overseas economies.

While many countries eased coronavirus restrictions earlier this year, some have had to resume curbs as they face a second wave of infections.

Japan’s government upgraded its view on private consumption for the first time in seven months due to more robust domestic demand for household electronics and higher nationwide hotel occupancy rates, especially in Hokkaido in northern Japan.

“It’s very encouraging that consumption is picking up,” Economy Minister Yasutoshi Nishimura said at a news conference after the cabinet approved the report.

“While capital spending, exports, production and employment are improving, it of course can’t be said (economic conditions) have completely recovered so the overall assessment was left unchanged,” he said.

The government stuck to its assessment that exports are picking up, according to the report.

But it downgraded its view on imports for the first time in seven months due to relatively weak shipments from the United States and the Asian region, a Cabinet Office official said.

The government’s assessment of the remaining components in the report remained unchanged. 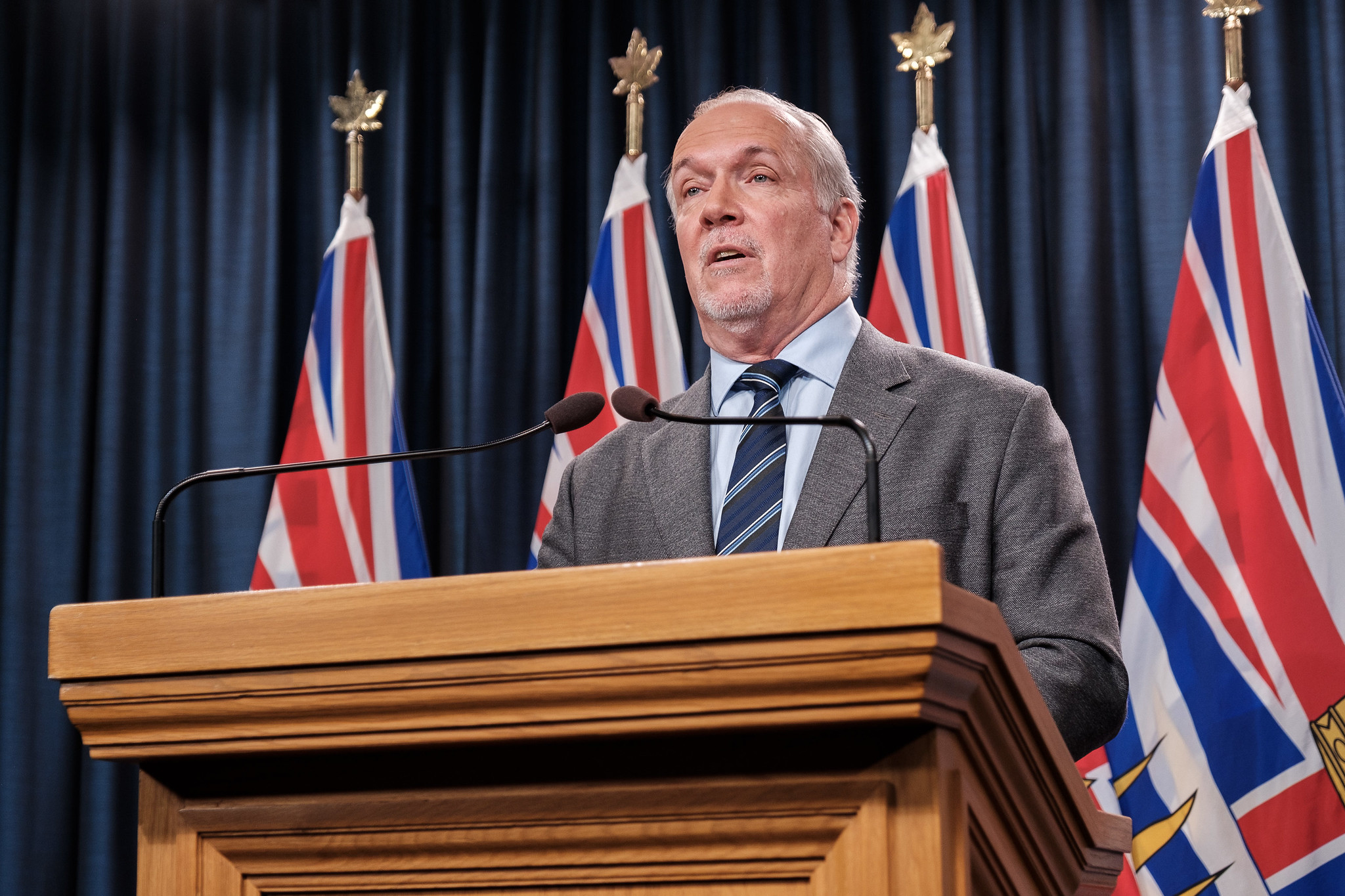 The good news is we now see a light at the end of the tunnel. We’re able to start planning and thinking about rebuilding —about heading out to local businesses, about being able to start saving again for the future and plotting a path to personal economic recovery.

The bad news is John Horgan, and the NDP don’t seem to have a plan in place for rebuilding British Columbia — and the latest proof is in the Public Accounts for 2020/21.

Normally, these are just dry numbers, and they pass without much notice. This time is different. The numbers don’t lie, and they show where B.C. is at and, more importantly, where the province must go in the coming days.

Now, the Official Opposition backed the government in providing support, even when John Horgan was bungling the rollout of things like support for small businesses.

But we’ve also been clear that we need a plan to rebuild the economy. It’s not just enough to hope; we need a roadmap that clearly lays out how we ensure there are jobs in every corner of the province. The NDP hasn’t done that, except to spend $500,000 on a consultant from England.

We’re all doing the hard work of figuring out how to get ahead in our personal lives. It’s not too much to expect Premier Horgan to do the same for British Columbia. It’s time for him to do his job and create a B.C. jobs plan.

What freight rail tells us about the economy – Marketplace 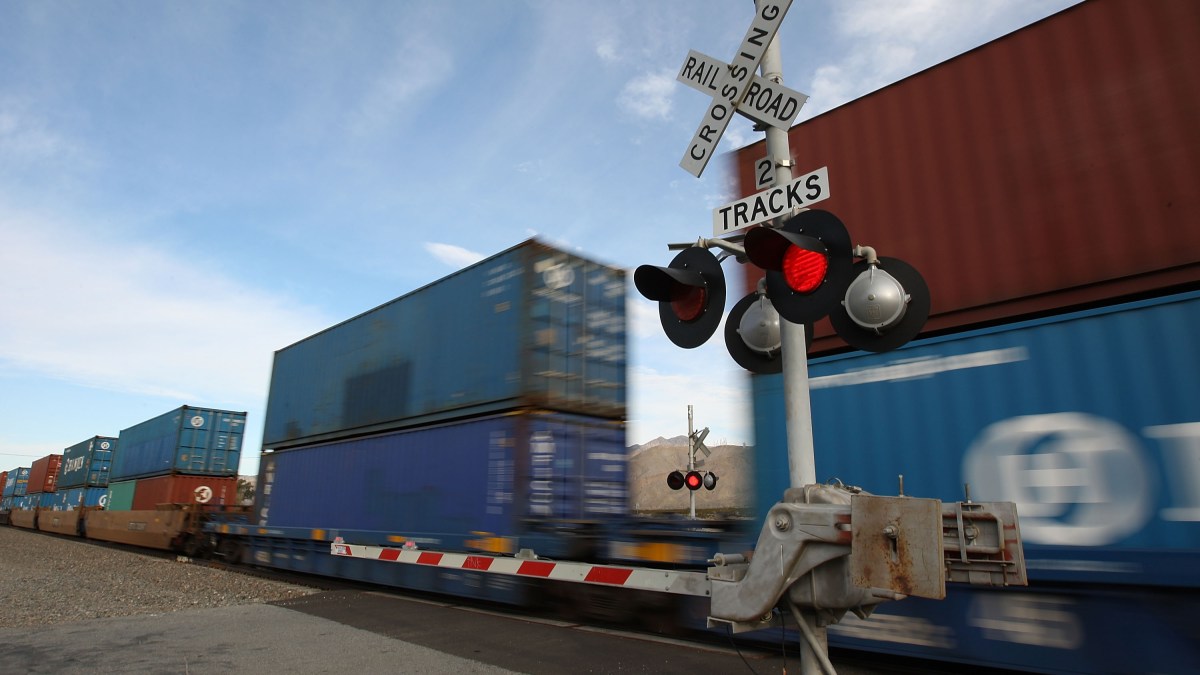 Warren Buffett was once asked which economic indicator he would choose if he were stranded on a desert island with access to only one set of economic statistics. There are lots of indicators out there — consumer confidence, inflation and unemployment.

But Buffett picked freight rail traffic. And for good reason.

“What we move is the economy. It’s the tangible economy,” said Ian Jefferies, CEO of the Association of American Railroads. “And so as the economy goes, rail goes. So when rail is doing well, it usually means the economy is running pretty strong.”

Right now rail is doing well, especially when it comes to intermodal train traffic, Jeffries said. That’s when products travel in containers from ship to truck or train.

“The highest volumes we’ve ever seen”

“For the first half of 2021 … intermodal traffic was the highest volumes we’ve ever seen,” he said.

Intermodal train traffic was up more than 17% from the first half of last year, Jeffries said. No surprise there, because train shipments fell off when the pandemic started, like the rest of the economy. But intermodal traffic was also more than 5% higher than in 2019, which was a good year. These intermodal trains are brimming with the imported products consumers are demanding.

“This is a good sign,” said Diana Furchtgott-Roth, a former deputy at the Transportation Department now teaching at George Washington University. “It’s a good sign first of all that people have money to spend. And second, it’s good that they have confidence to spend.”

Jammed ports can cause problems on the rails

U.S. ports are backed up with a traffic jam of ships full of imports. Because of that whole intermodal thing, problems at the ports can cause problems on the rails. Plus, shipments for the holidays are starting now.

It could take longer for imported products to reach store shelves, Furchtgott-Roth said.

“If we don’t have enough goods shipped by rail, if the congestion continues, the prices will be higher,” she said.

Freight rail also tells us about U.S. exports. Right now, rail shipments of grain are down. That’s kind of weird, since farmers are producing plenty, said Joseph Schofer, who teaches civil and environmental engineering at Northwestern University. Grain might also be caught up in the international shipping snag, he said, or maybe it’s a storage issue.

“If you don’t have enough storage, you can’t move product and the system slows down or freezes up,” he said.

Ore, metal and chemical shipments are up

Rail shipments of other raw materials like ores, metals and chemicals are up, Schofer said; they’re going to U.S. factories, which are ordering a lot of supplies right now.

Either way, Schofer said, it’s a vote of confidence in the economy, pointing the way to more economic growth this fall. How much growth depends on COVID-19, of course, but also how long it takes to unclog the ports and sort out storage issues and other bottlenecks that could cut into the rail shipments the economy needs to keep humming.