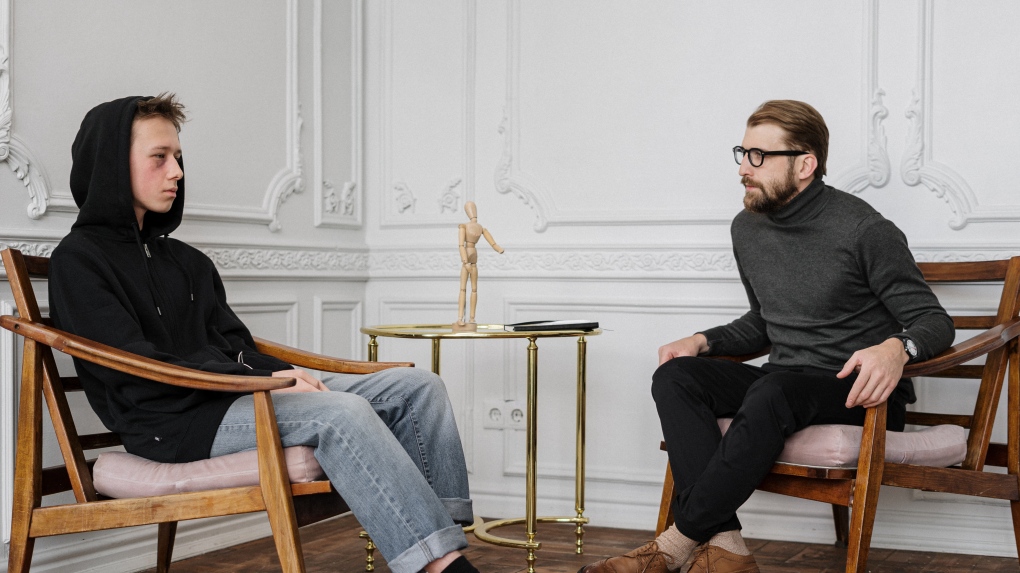 Three years after the emergence of COVID-19, Canadians continue to feel the impact of the pandemic on their mental health.

They report high levels of mental distress as they endure ongoing challenges like periods of isolation, difficulties with relationships and working remotely or on the front lines.

Despite the high number of people needing support, many cannot find and afford access to mental health services.

The lack of preventative resources and treatment for Canadians adds pressure on hospitals, results in police responding to crises and increases demand for social services like housing and substance use programs, advocates tell CTVNews.ca.

A 2022 survey by the Angus Reid Institute reported one-in-three Canadians say they are struggling with their mental health.

Data from the Canadian Institute for Health Information (CIHI) suggests most Canadians are waiting weeks, if not months, to access mental health counselling in their communities.

Between April 1, 2020, and March 31, 2021, about half of people seeking counselling in Canada waited 22 days on average for their first mental health appointment, which can be a significant wait when in a crisis. About 10 per cent of people waited almost four months.

Data from Ontario, Quebec, P.E.I. and Nunavut was not available, but Eaton said issues with access to care are experienced across the country.

“It’s impossible to get the kind of services and support that they need,” she said. “Many people tell us that the reason that they’re not getting mental health care is they either can’t find it, or they can’t even afford it.”

With the pandemic, the number of people who needed mental health care increased. Statistics Canada reported in May 2020 that 38 per cent of respondents indicated a “deterioration” in mental health.

Those who were experiencing mental health difficulties prior to the pandemic were more than two times as likely to see a decline in their health due to the pandemic, the StatCan report reads.

Those suffering from mental illness during COVID-19 were more than four times as likely to have suicidal thoughts and attempt self-harm, it states.

“During the height of the pandemic, nearly one-in-four hospitalizations for children and youth were for mental health conditions,” Eaton said.

More than half of children and youth who were able to find resources in Canada prior to the pandemic reported in 2022 they had a hard time finding support, CIHI said.

Its data shows three-out-of-five children and youth aged 12 to 24 said they found it difficult to access mental health and substance-use services.

While some were able to turn to virtual care options, the CIHI said access was not equal. Virtual mental health services were more available for Canadians who lived in higher-income neighbourhoods.

According to the report, which looked at Ontario, Manitoba, Saskatchewan, Alberta and British Columbia between April 2019 and March 2021, access to virtual care was granted to some patients over others throughout the pandemic.

This is despite the knowledge that people living in poverty and racialized communities were disproportionately impacted by COVID-19, which severely affected their mental well-being, making the need to access mental health services even greater.

Without mental health services outside of hospitals, people turn to the overburdened emergency rooms. The Centre for Addiction and Mental Health says the annual economic cost of mental illness in Canada is estimated at over $50 billion, which includes health-care costs, lost productivity and quality of life losses.

WHAT ADVOCATES ARE ASKING FOR

One thing advocates say would make a difference to those who need care is funding.

“Mental health is best treated by talk therapy, a group program, by peer supporters or a substance use program,” Eaton said. “None of that is covered through our Canada Health Act.”

Eaton says if Canada invested in mental-health coverage, the funding would help all Canadians and alleviate pressure on both people accessing care and those providing it.

“Canadians each year spend millions of dollars in private sector services,” Eaton said. “We feel mental health care (should be) universal. We should all have access to the care that we need when we need it.”

Over the past few months, the federal government has allocated funding to specific province-led programs as a part of its 2021 commitment of $50 million over two years to mental health services.

On Jan. 11, it announced $6.9 million in funding to youth mental health programs at YMCA locations across Canada. The programs focus on early intervention through therapy.

The United Kingdom has mental health care covered under its health act, Eaton said, an agreement that has been in place for decades.

“They’ve set up a service where there are psychiatrists, but also psychologists, social workers, peer supporters, so that they can triage the person (and) find out what they need,” Eaton said.

She hopes Canada can have a similar system to ensure the path to accessing mental health services is seamless.

On a individual level, Eaton says, supporting friends and family through listening can make a difference, as can signing petitions or lobbying government officials for more funding.

This funding is needed for the creation of mental health programs, but also for new locations of existing supports, Eaton said. Canadians need access to services within their communities.

“We also want to see more investment in the social determinants of mental health,” Eaton said. “We want to see the creation of new housing for people with severe mental illness who have such a hard time finding help and are a large portion of the homeless population.”

Studies in various cities have shown that between 23 per cent and 67 per cent of people who are homeless may have a mental illness.

“We want to make sure we’re taking care of the whole person’s mental health,” Eaton said.

If you need immediate assistance call 911 or go to the nearest hospital.

Canada yet to decide on repatriating Canadian men from Syria